What is the ‘net zero’ target, and will it be any good?

The government has committed the UK to a legally-binding ‘net zero’ emissions target by 2050.

If you’re anything like me you’d have heard the news and thought – huh? is this good? Then you low-key googled “what is net zero” before anyone noticed.

If you thought or did any of those things, then you’ve come to the right place.

Let’s unpack the jargon and figure out what the ‘net zero’ plan is, and find out if it’s enough to get us out of the climate emergency…

Essentially ‘net zero’ means that by 2050, the amount of greenhouse gases (like carbon dioxide) the UK adds to the atmosphere is no longer more than what they take out. This could – on the face of it – make the UK’s total contribution to climate change zero.

In practice it means that in the years leading up to 2050 (aka now), businesses and companies across every part of the economy need to take steps to get as close to zero emissions as possible. That means getting rid of fossil fuels and switching to clean technologies like renewables.

The vast majority of our emissions across society need to be entirely eliminated – without relying on technologies which attempt to take carbon out of the atmosphere. But in some areas, such as growing food and some kinds of heavy industry, some of the technical solutions are still evolving. So there’s a chance that for a very small amount of remaining emissions in a limited number of sectors, it may be necessary to counterbalance the remaining carbon they pump out into the atmosphere through doing some good things for the environment (which takes the emissions out again).

The counterbalances can be things like planting more trees, improving soils and protecting forests within the UK. This is because healthy forests and trees literally absorb carbon from the atmosphere. Yay Trees. But it is really important to remember that actions like tree planting can only play a very small and hard-to-measure role in absorbing our overall emissions.

And while it’s vital to enhance nature for the sake of biodiversity and wildlife, these so-called ‘nature based solutions’ cannot be a substitute for action to slash our emissions down to zero as far as possible.

All-in-all, net zero could be a really good thing – but it needs to be done right.

This has the potential to be a really big deal. The UK is, on the face of it, the first major economy committing to completely end its contribution to global climate change by 2050. However, there are some concerning loopholes that mean the government could try to wriggle out of responsibility. These need to be closed urgently, and we need a comprehensive action plan for transforming our whole economy, for this to have the true impact we need.

There are four main areas where the government has currently stopped short of the radical action required. We need reassurances and extra commitments from the government to address these problems.

Some of the things we expect to see (and will push for) are:

…..and these are just a few things on the list – in practice there are a lot more (you can check out our climate action plan here)! The Government needs to step up and close the funding and policy gap immediately.

So what’s the bottom line?

Overall, if I were to describe the ‘net zero’ plan in a few emojis, I’d say:

Basically, this is an important step in the right direction, but it needs to be seriously tightened up, and we need a strong action plan – backed up by government investment – to make it translate into change on the ground.

The fact the government has even decided to make the announcement today is a credit to all the amazing activists in the environment movement, who ramped up the pressure in recent months. It has forced the UK to send a message on the global stage that we all now need to do more to tackle the climate crisis.

As long as we keep the pressure on, there’s a good chance this moment could trigger an entire change in how the government not only thinks – but also ACTS – to address the climate emergency in future months. So let’s keep pushing!

Now that the wheels are in motion, it is our job as constituents to hold our government to account and push them on the things that need improvement.

If you only have a minute: We know we can go further, faster and action must start today! We’ve laid out a plan for the government. Help pile on the pressure and make sure we get real climate action to address the climate emergency. Add your name to the petition

If you want to go further: Volunteers across the UK are emailing, writing, meeting and tweeting their representatives; helping to keep important environmental issues on the political agenda. If this is the kind of thing you’re interested in then we’d love to have you a part of our volunteer-led political lobbying network. Sign up for our next training day 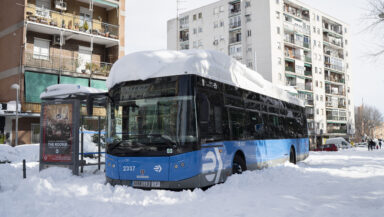 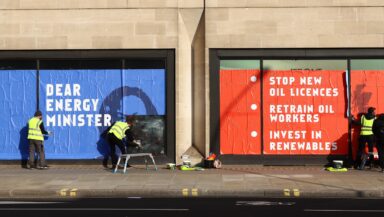