Greenpeace Reaction to the Autumn Budget and Spending Review 2021

“The climate emergency should have been the centrepiece of this spending review ahead of the most critical UK-hosted climate talks in years, but Sunak spent more time discussing duty on domestic cider.

“The Chancellor appears to have delivered just 5% of what’s needed to roll out green homes, clean transport, nature protection and support for workers to transition to green jobs, and is actively making things worse by making it cheaper to fly between UK cities. He’s missed the memo that an increase in green investment would not just lower carbon emissions and energy bills, but would also boost jobs and productivity, as well as the Government’s credibility at the climate talks.

“Each year proper funding for real climate action is delayed, the worse the climate crisis will get and the more costly it will become – both in monetary terms and for peoples’ lives.” 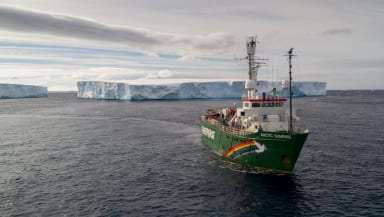