Since the government announced more money for active travel and cycling in February, councils across the UK have been introducing more low traffic neighbourhoods (LTNs).

What is a low traffic neighbourhood?

A low traffic neighbourhood is an area which is closed off to through-traffic – so you can drive to it but can’t drive through it. This stops people using residential roads as shortcuts and makes it safer and easier to walk and cycle.

What is a Liveable Neighbourhood? pic.twitter.com/UweUxzD0H3

One of the most common criticisms levelled against these measures is that they only serve wealthier people, because of the assumption that wealthier people are more likely to live on residential roads. But is this true?

More LTNs are scheduled to be introduced across the UK over the coming months, so we thought we’d take a look at the data and see if it bears this out.

LTNs have existed in communities of all backgrounds across the UK for decades. In fact, they’ve been designed into the construction of most council estates for decades to make them safer to move around.

The LTNs introduced in 2020 are no exception to this tradition. Despite the assumption that more wealthy, white people live on residential roads, a recent study of LTNs in London by the University of Westminster found that among all age, income and ethnic groups, almost 90% of people live on roads that could be part of an LTN, and that there were few noticeable differences across the various demographics. 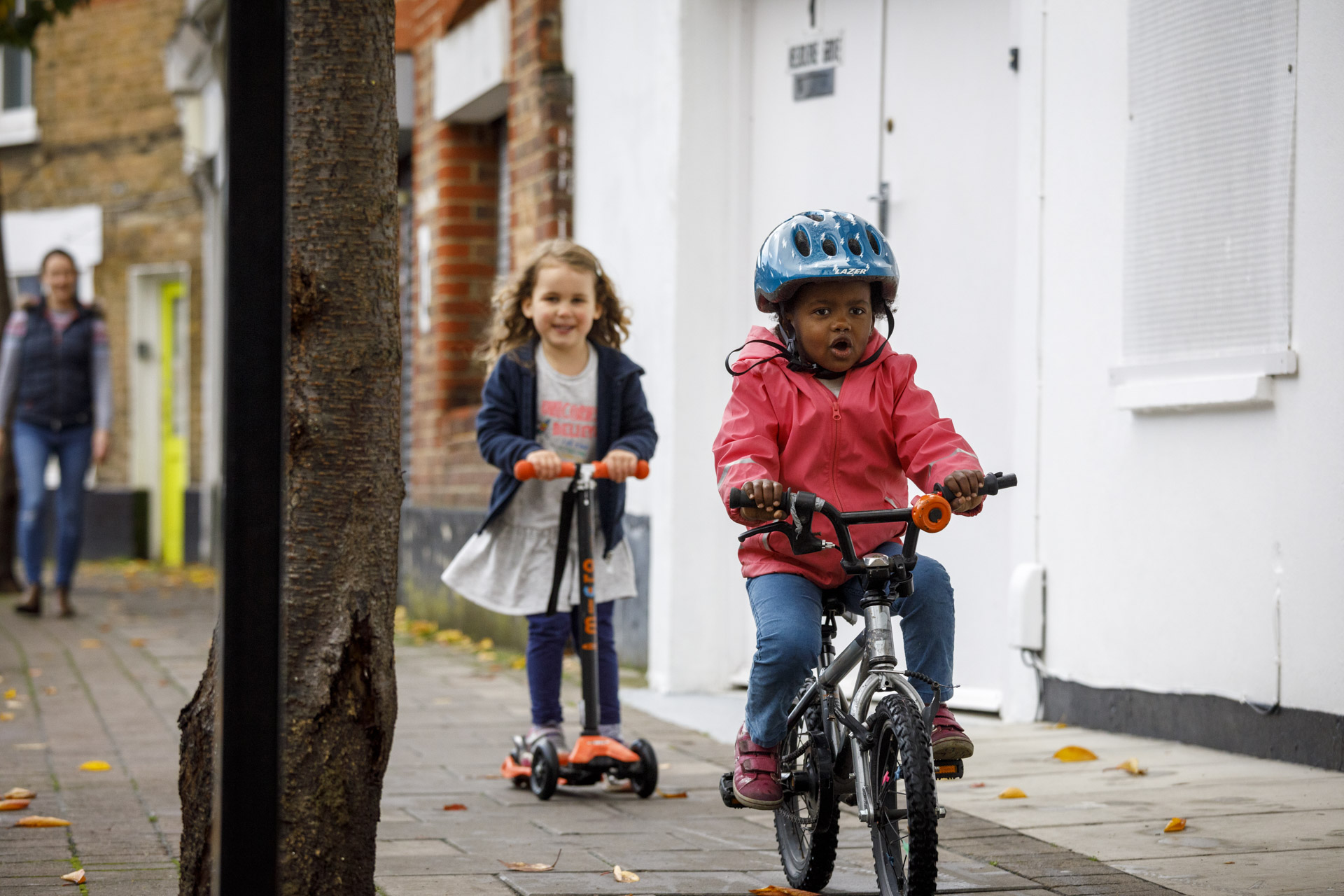 Children build up their cycling and scooting confidence in a new low traffic neighbourhood in London. © Crispin Hughes

In London the new LTNs are, in fact, more likely to be located in boroughs with higher levels of deprivation. In Hackney, for example, new low traffic neighbourhoods include a high proportion of residents living in social housing. Level of social deprivation was also a criteria that councils were told to prioritise when designing new LTNs to ensure the health benefits of less traffic were felt by the people most affected by it.

Although we have less data for trends outside of London, The Groves LTN in York is located in one of the most deprived wards in the area. And Bath and North East Somerset council are taking into account the amount of vulnerable residents in an area to decide where new LTNs should be introduced, and with what priority.

Creating more space for everyone to be able to walk and cycle safely is crucial for making our transport system fairer. At the moment, men are much more likely to cycle than women, and women of colour in particular are underrepresented among cyclists. This is directly linked to concerns about safety on the road and fear of harassment.

In London, studies show that black people are less likely to own a car, but more likely to be injured by a car while walking. The massive increase in rat-running down residential roads over the last decade has contributed to a disproportionate rise in walking and cycling casualties on these streets.

Giving these neighbourhoods back to people who live there is a crucial first step to reducing these risks and addressing this inequality.

But activists should keep listening

Even though LTNs are an important, valuable measure to make our streets safer and air cleaner, they shouldn’t be immune from criticism. Many people have joined the LTN debate because they believe that no one can touch their right to drive wherever they like, and we know opposition is overestimated.

But local authorities and people calling for safer streets should listen to genuine concerns from marginalised people and those living on main roads and make sure that LTNs help and benefit as many people as possible.

Addressing these concerns will also require putting pressure on politicians at every level of government to reduce traffic on main roads as well as residential roads. They can do this by making public transport cheaper and more accessible, replacing diesel vans with electric vehicles, supporting e-bikes and introducing road-user charging, among other things. 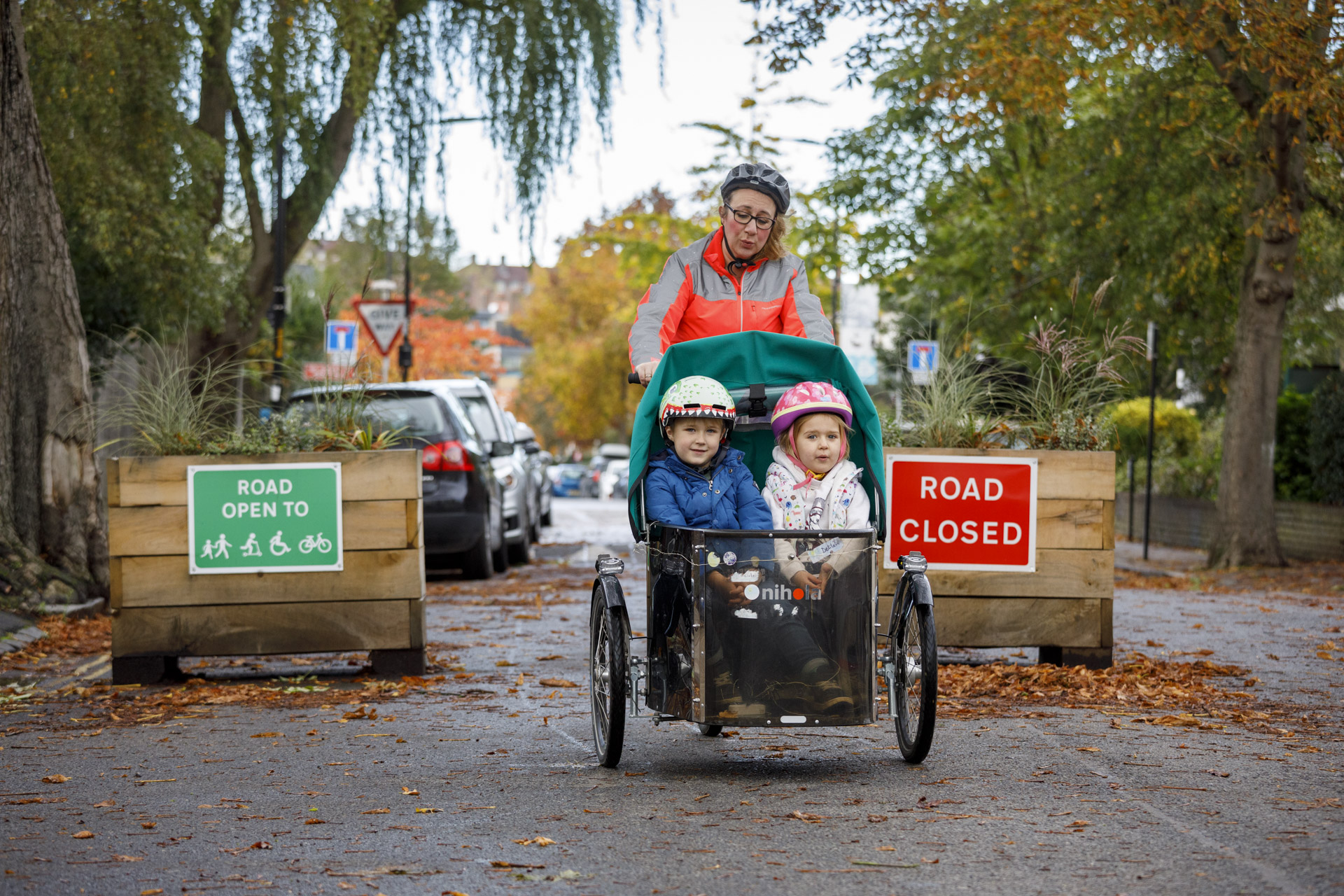 But feedback should be used to make LTNs better, not to get rid of them completely. This only takes away the chance for any communities to benefit from safer, quieter streets and clean air and wasting public money in the process.

If you would like to show your support for low traffic neighbourhoods, share this article explaining what they are and why we need them.