During Black History Month, we are celebrating the invaluable contribution of black people to the global movement for environmental justice. Here are three powerful acts of protest against environmental destruction by black activists.

In 1982, the US State of North Carolina decided that Warren County, a small, predominantly African-American community, was to host a dumpsite for toxic waste.

Many suspected that Warren County had specifically been chosen because of its African American population, as there appeared to be no other reason for it being a sensible place for the dumping site.

Enraged by this decision, the National Association for the Advancement of Colored People (NAACP) staged a massive protest at which many people lay in front of trucks and nearly 500 people were arrested.

It was one of the first major actions that highlighted the link between environmental damage and the neglect of black communities, and helped build links between a number of small groups and organisations that became the modern environmental justice movement in the US.

Nearly three years before anyone ever heard of  ‘Extinction Rebellion’, a group of nine brave activists from Black Lives Matter UK chained themselves together on the runway of London City Airport.

Their message was simple and undeniable – the habits of those in wealthy countries, such as frequent flying, contribute disproportionately to our warming planet and its people in the Global South who pay the price.

The climate crisis is, they argued, a symptom of racism. Public reaction to the protest was mixed (and it’s interesting to note that the activists themselves were predominantly white) but there’s no question this action and its message were powerfully prescient.

Since establishing operations in 1958, Shell Oil had been causing untold environmental destruction in Ogoniland, the oil-rich land of the Indigenous Ogoni people of South-East Nigeria.

According to independent records, between 1982 to 1992 alone, 1,626,000 gallons of oil were spilled during Shell’s operations in Nigeria, primarily due to relentless drilling and inadequate pipeline infrastructure. 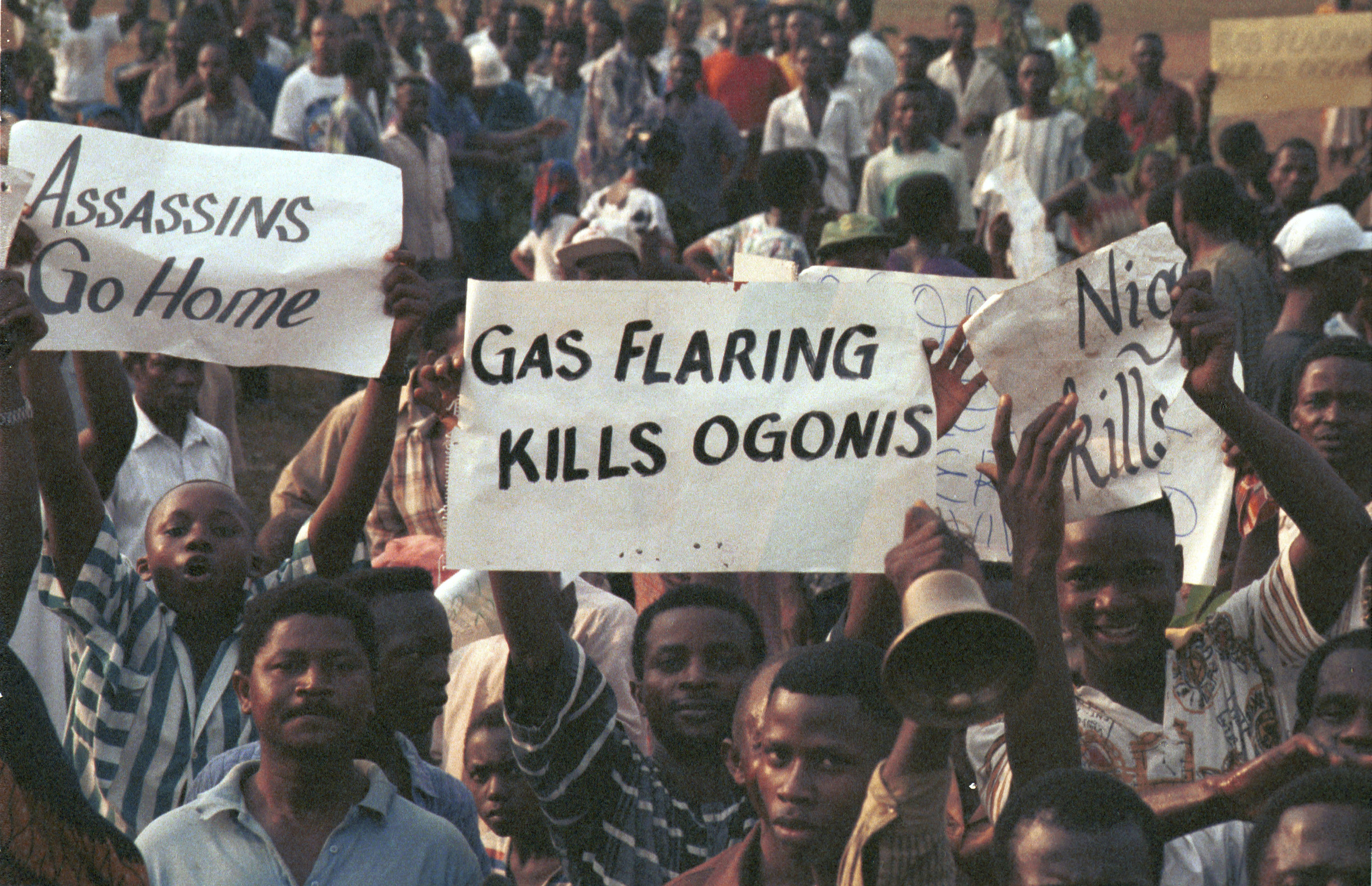 Ogoni Day demonstration, Nigeria, 1993. The demonstration was officially called to mark the start of UNICEF’s International Year of Indigenous People, but unofficially it was against the Shell oil company. © Tim Lambon / Greenpeace

Following an ultimatum issued in 1993 by the Movement for the Survival of the Ogoni People (MOSOP), 300,000 Ogoni defiantly and peacefully protested the activities of Shell Oil.

This expression of people power was a success in the short term, as it forced Shell to temporarily suspend their operations.

However, since that time the Ogoni, in particular leaders and  environmental activists, have been subject to brutal treatment from the Nigerian Government- including false imprisonment, torture and executions of the ‘Ogoni Nine’, including writer and activist Ken Saro-Wiwa.

The Ogoni accused Shell of supporting and instigating these and many other abuses. They continue to fight for justice to this day – including through courts in the US, and more recently in the Netherlands where Shell is headquartered. 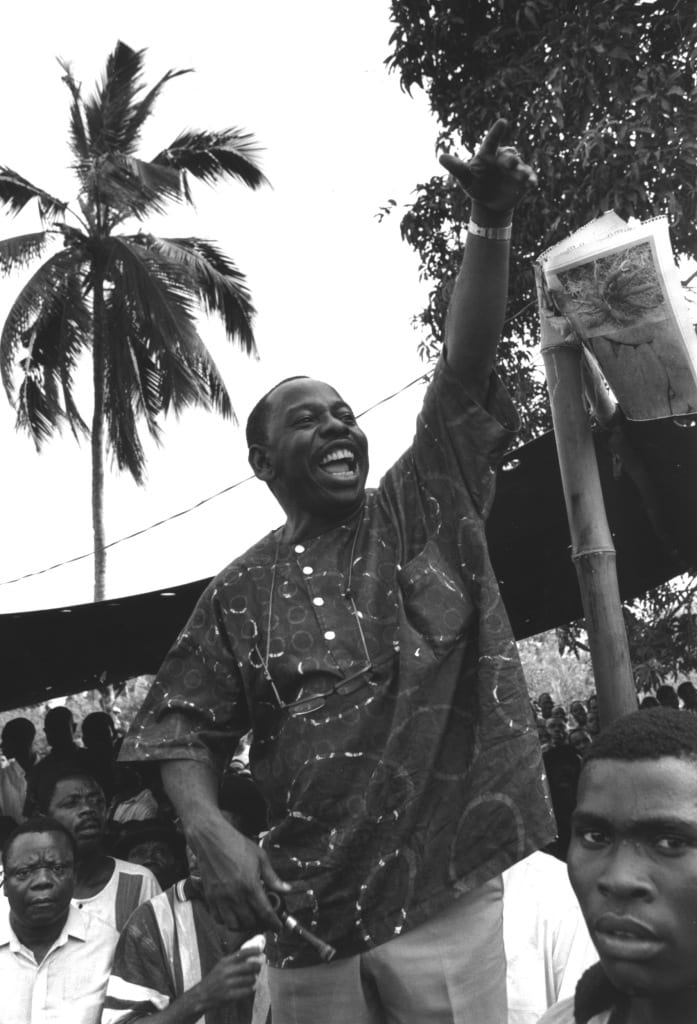