We’re in a climate emergency and using more plastic than ever before. Oil companies are investing more money to produce more and more trash we can’t get rid of or recycle. The time to act is now – the need has never been more urgent and retailers can’t make the changes alone.

Plastics pollution is a big issue for voters. In recent polling, 75% of the British public now believe that single-use plastic products should be banned as soon as possible.

All the UK political parties vying for votes in the general election have now launched their manifestos. Here’s what they have to say on tackling the worsening plastic problem.

The Brexit party make vague commitments to recycle and ban waste exports. They give no dates and no plans, so they don’t present a viable proposal for reducing plastics in the future.

The Conservative party suggest some good policies but do not go nearly far enough. They talk about banning waste exports to non-OECD countries. But, as Unearthed discovered, 62% of the waste we export goes to OECD countries like Poland and Turkey anyway. These countries also have weaker labour rights, so it isn’t all it’s cracked up to be. They also missed an opportunity to back a proper “all in” deposit return scheme, one which accepts all sizes and types of plastics. Most importantly, have no real plan to reduce the amount of plastic we use in the first place.

Their main strength is that they plan to make producers of plastic waste (including supermarkets) financially responsible for cleaning it up. This will relieve the unfair burden placed on local councils and create incentives for manufacturers to use more packaging that can be recycled.

Perhaps unsurprisingly, the Green party’s plastic plans are the most ambitious, including a pledge to ban single-use plastic entirely in the long term. Most helpful, however, is their promise to tackle plastic production – truly meeting the problem at its climate-damaging source.

In general, they think more holistically than any other party about our use of natural resources and their proposals are most in line with what’s needed to tackle the climate emergency.

The Labour party have some good policies. What sets them apart is that they have actually promised specific funds (£4.5 billion to be exact) for recycling infrastructure. This is what the UK desperately needs and which they hope will reduce the amount of waste dumped on other countries.

They also want to “encourage sustainable design and manufacturing processes”. This is great for a plastic when its production has huge environmental impacts, but Labour give no details about how they would like this to happen.

They don’t present a real plan to reduce our production or use of plastic. They also fail to mention plans to usher in a revolution in reusable, refillable and packaging-free products. Their proposed grants for local authority “reuse centres”, though important, refer to reuse at the end of a products life, not designing it for reuse in the first place.

The Liberal Democrats have committed to legally binding plastic reduction targets, a Zero Waste and Resource Efficiency Act and a deposit return scheme for all types of containers. They didn’t come out on top in our overall manifesto rankings, but in this area they are to be commended. Plastic use is going up, and we need long term plans set in law to tackle it.

The only negative point was failing to be specific about whether producers of waste would be held responsible for cleaning it up. This needs to be in any law passed to deal with plastic pollution.

Plaid Cymru want to ban single-use plastics by 2030, which is far more in line with the public mood than some of the other parties. It’s their long-term ambition to make Wales zero-waste by 2030 – an ambition that should be mirrored by the government in Westminster.

The only area in which they fall down is failing to be specific about what kind of deposit scheme they would like to introduce. Also concerning is their idea of encouraging the development of “sustainable alternatives” to plastic. The best alternative is rarely (if ever) switching to another material, but to a reusable, refillable or packaging-free solution.

The SNP have been light on plans to tackle plastic pollution at a systemic level. They have committed to some great ideas – an “all in” deposit return scheme and a charge aimed at reducing the use of plastic cups – and are currently introducing them into law in Scotland. But many of their plastic policies are simply requirements of the European Union’s single-use plastic directive. This includes bans on plastic plates, cutlery, straws and cotton buds, for example.

That’s the rundown of what promises political parties are making to tackle the problem of plastic pollution. See how the party manifestos measure up on the climate and nature emergency.

The next government needs to tackle the plastic crisis, and supermarkets can get ahead of the game by slashing the amount they put on the shelves. Tell Tesco, Sanisbury's and the others to reduce the plastic they're pumping out. 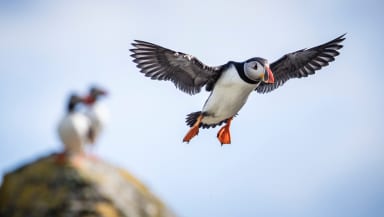 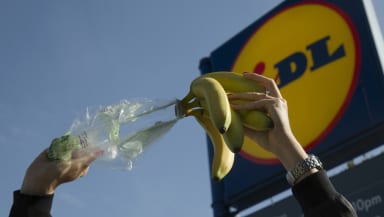 Supermarkets putting more plastic on their shelves than ever

Public concern about plastic pollution is at a high, and promises to tackle the problem are pouring out of supermarket PR machines. But new research shows that the plastic footprint of the top 10 UK supermarkets has actually increased over the past year. Here’s the breakdown.