Ahead of an expected announcement this week on the date from which sales of new petrol, diesel and hybrid cars and vans will be banned, a new report - written by Cambridge Econometrics - shows how bringing the ban forward to 2030 could generate tens of thousands of new jobs and significant economic growth.

Bringing forward the date from which new petrol, diesel and hybrid cars and vans can no longer be sold in the UK to 2030 could create 32,000 new jobs by the same year and increase GDP by 0.2% – or £4.2 billion pounds – a new report [1] published today by Greenpeace UK has found.

Increases in employment and resulting higher levels of economic activity from a 2030 transition to electric vehicles would provide the government with a £1.9 billion net increase in revenue by 2030 [2].

The report – which was written by Cambridge Econometrics, supported by Element Energy, on behalf of Greenpeace UK – uses the DfT’s (Department for Transport) transport model [3] and a macroeconomic model [4] to assess the impact of a faster transition to electric vehicles on consumer spending, emissions, government revenues, the car industry and the economy as a whole.

The analysis looked at the impacts of a more ambitious transition to electric vehicles in 2030, which is a date understood to be under consideration by ministers that, on its own, would reduce emissions enough to enable the government to meet its current legally binding climate commitments [5]. It modelled the outcomes of this earlier transition as compared against a later 2035 phase out date, which is the current government commitment.

It comes ahead of an announcement expected from the Prime Minister on Thursday (12th November), in which it is anticipated that a decision on the date will be made.

The findings of the report should allay any fears that an earlier phase out of the internal combustion engine would have an overall negative impact on jobs or the economy. It shows that being as ambitious as possible with our transition to electric vehicles will bring about the biggest benefits on an economy-wide basis.

Compared to the later 2035 date, moving the ban on sales of new petrol, diesel and hybrid cars and vans forward to 2030 would create 32,000 more jobs across society. Thousands of new jobs would be created across a range of sectors directly linked to the rapid transition to electric vehicles including energy, battery manufacturing and a mass roll out of charging infrastructure. However, the majority of new jobs would be created in the service industries, such as retail, entertainment and leisure.

This increased economic activity is a result of the lower overall costs of owning and running an electric vehicle, lower demand for imported oil and its replacement by UK-generated electricity, meaning consumers have increased disposable income and spending is reallocated, frequently towards industries that are currently struggling under Covid restrictions.

The increase in employment and public spending resulting from a faster transition to electric vehicles would boost GDP in 2030 by 0.2%, equivalent to £4.2 billion.

The report also highlights that further substantial economic opportunities could arise from an early phase out of polluting vehicles, as the UK could be in a position to capture a larger share of both the domestic and European markets for electric cars and vans.

If UK manufacturers were able to increase their share of the UK market from 34% to 42% over the next 20 years, which would need to be supported through proactive government policies, the analysis shows that GDP would rise by a further 0.4% in 2030, equivalent to £10.3 billion. This would also create 31,000 more jobs across society, including 10,000 in vehicle manufacturing, compared to the status quo in market share.

In addition to exploiting this ‘first-mover advantage’, the report shows how increasing the UK’s role in the nascent battery market, such as through the development of a UK-based Gigafactory, could lead to further economic gains. It too would bring an increase, although more modest, to both GDP and employment.

“Now more than ever we need bold government policies that create new jobs and economic growth whilst driving the UK forward on climate action. Here – staring Boris Johnson right in the face – is one that will do just that, while making the UK a world leader in electric vehicle manufacturing. Delivered with the right policies, a 2030 phase out really would be win-win all round.

“The government no longer has any excuses. We need a firm commitment to ban new polluting cars and vans by 2030, along with an active industrial strategy to boost manufacturing and support re-skilling, so workers can benefit from new jobs that will be created across the economy. The rewards are there for the taking. It’s time for the Prime Minister to plug in and put electric vehicles on a fast track to 2030.”

Under both the 2030 and 2035 scenarios analysed, electric vehicle adoption would undergo a rapid increase over the coming decade. However, just 60% of the new car market would be made up of electric vehicles by 2030 with a 2035 phase out, whereas almost 100% would be captured by the same date under the 2030 scenario.

This also results in there being 6.5 million more zero emissions vehicles on the road by 2040, reaffirming that a reduction in polluting vehicles, and therefore emissions, will result from the earliest possible phase out of petrol, diesel and hybrid cars and vans, which is main reason the government is considering bringing forward the ban [6].

In order for the UK to fully capitalise on the opportunity presented by a 2030 phase out it is critical that, in addition to bringing the date forward to 2030, an active industrial strategy is rolled out, along with support for workers and policies that ensure delivery and increase consumer confidence.

Greenpeace is calling for capital allowances for investment in conversion of assembly lines in order to make a rapid switch viable for manufacturers, and for the government to work with vehicle manufacturers, unions, devolved nations and local authorities to encourage investment in a UK-based Gigafactory.

It is also calling for a zero emissions vehicle mandate to be introduced that sets bindings targets for manufacturers to increase sales of electric vehicles and ensure we meet the 2030 phase out date. This must be supported by additional policies that deliver a network of sufficient charging infrastructure across the whole of the UK.

Crucially, Greenpeace is calling for adequate support for workers in the sector to retrain and re-skill in electric vehicle assembly and supply chains. This will ensure that the industry is able to retain its skilled workforce and employees are given the opportunity to transition alongside manufacturers. 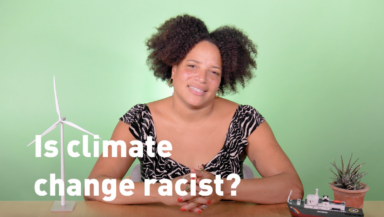 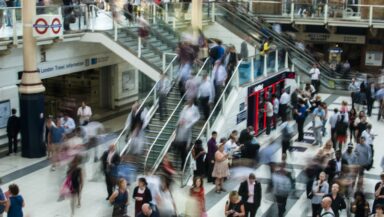 Our transport system treats disabled people as an inconvenience. Here’s what needs to change

By improving public transport, we can help both the environment and people with disabilities