Listen to this article read aloud

When Margaret Mead said, ‘Never doubt that a small group of thoughtful, committed, organized citizens can change the world; indeed, it’s the only thing that ever has,’ she probably wasn’t talking specifically about fans of the TV show Jericho. The fans, in protest of its cancellation, sent 20 tons of peanuts to the office of CBS and inundated them with phonecalls and emails – eventually resulting in a much-demanded second season.

This example may seem a trivial one, but all the ingredients are there which are at the core of most peaceful protests: a common cause; public pressure; a clear goal; determination; a disruptive, attention-grabbing act; and a sense of humour.

It shows how, from TV shows to social justice movements, small, hopeful, acts of disobedience are shaping the world we live in.

It wasn't until the 1930s that the weekend was an accepted part of the working week. But unions and other groups had to fight for it. For over a century. 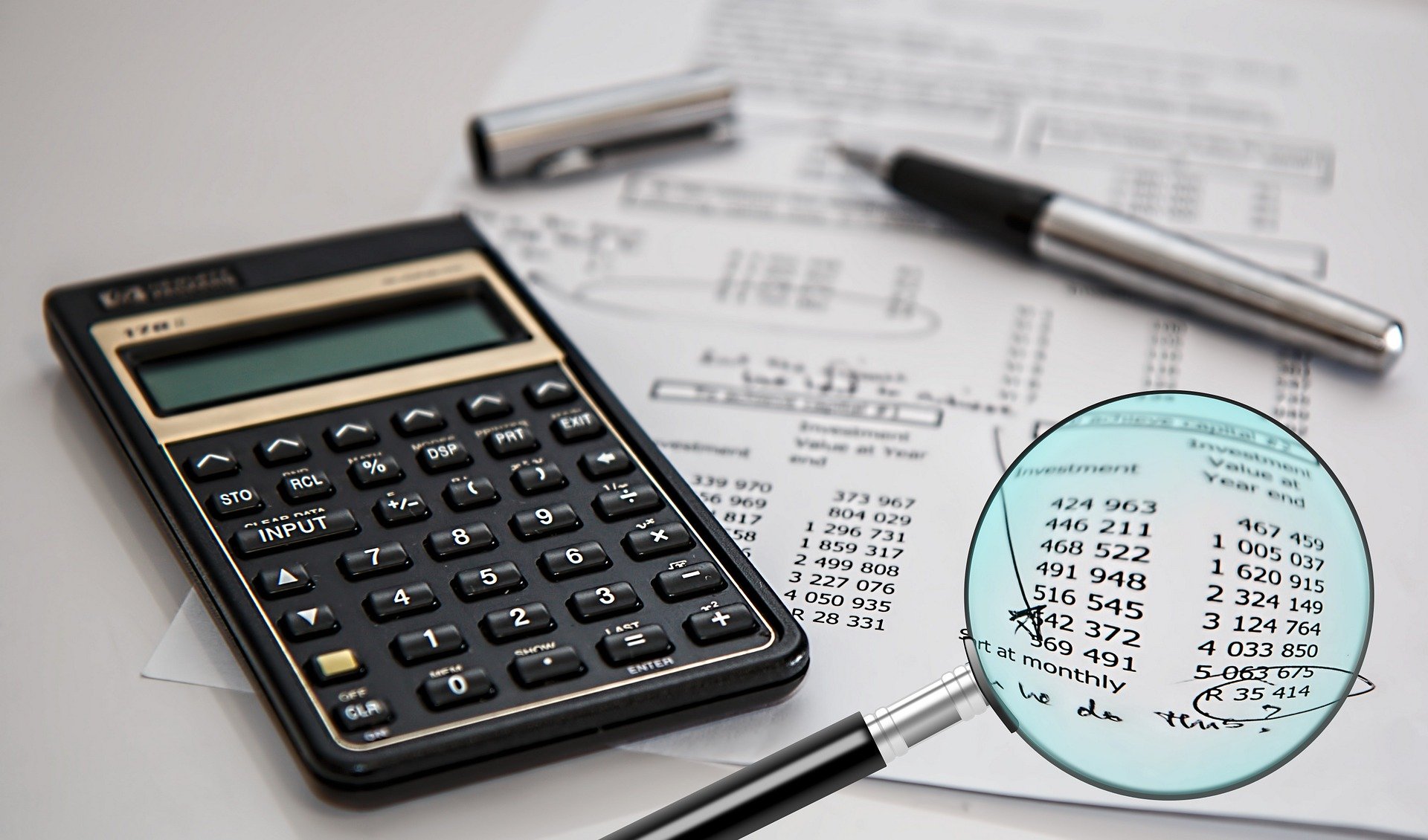 Peaceful 'trespass' protests in the early 1930s won the right to go for a walk in the countryside. Before this, the land was legally only for use by its wealthy owners. 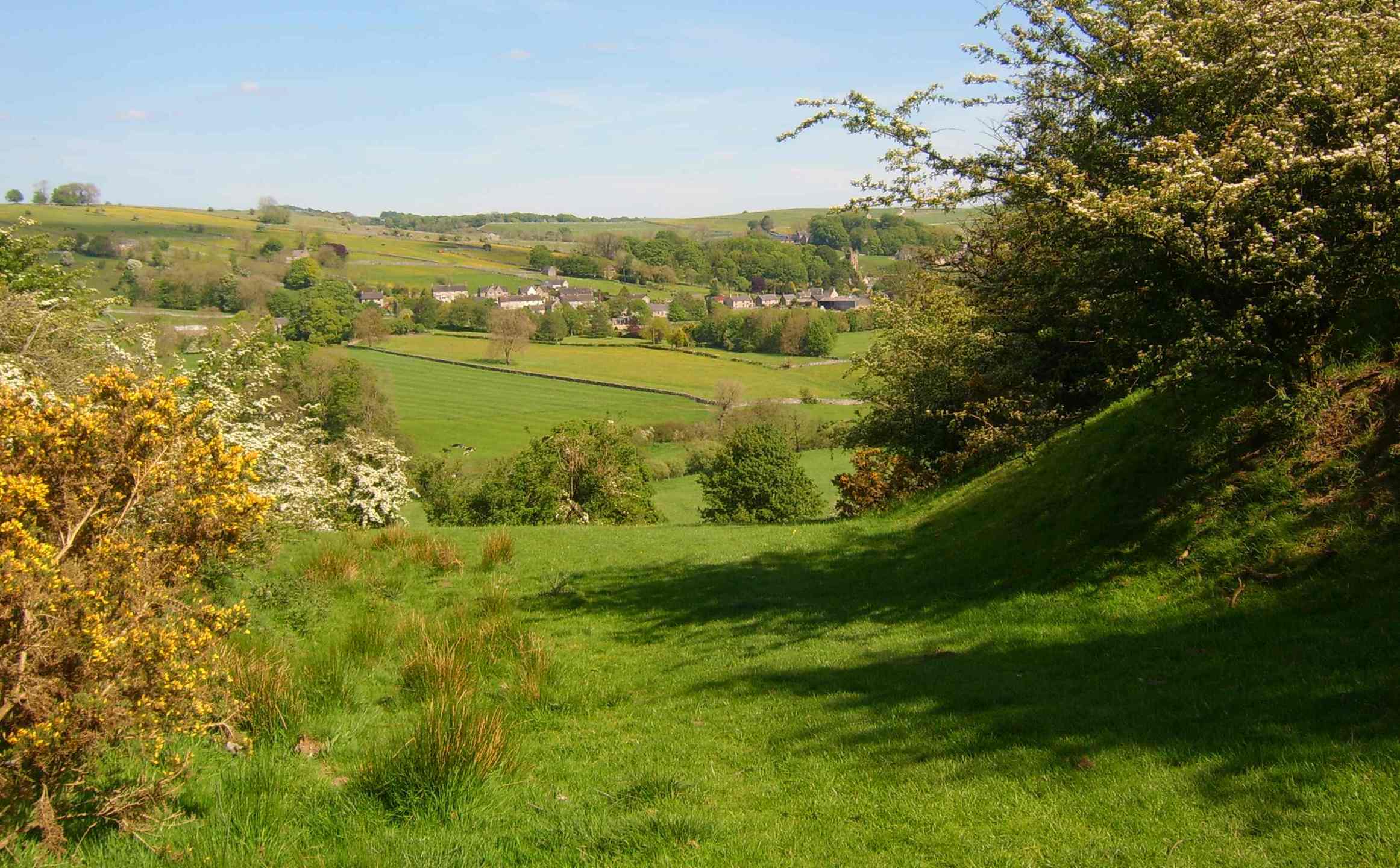 The fight against fracking

For nearly a decade, people across the UK stood against the companies and ministers trying to get fracking off the ground. In 2019, fracking was effectively banned across the British Isles. 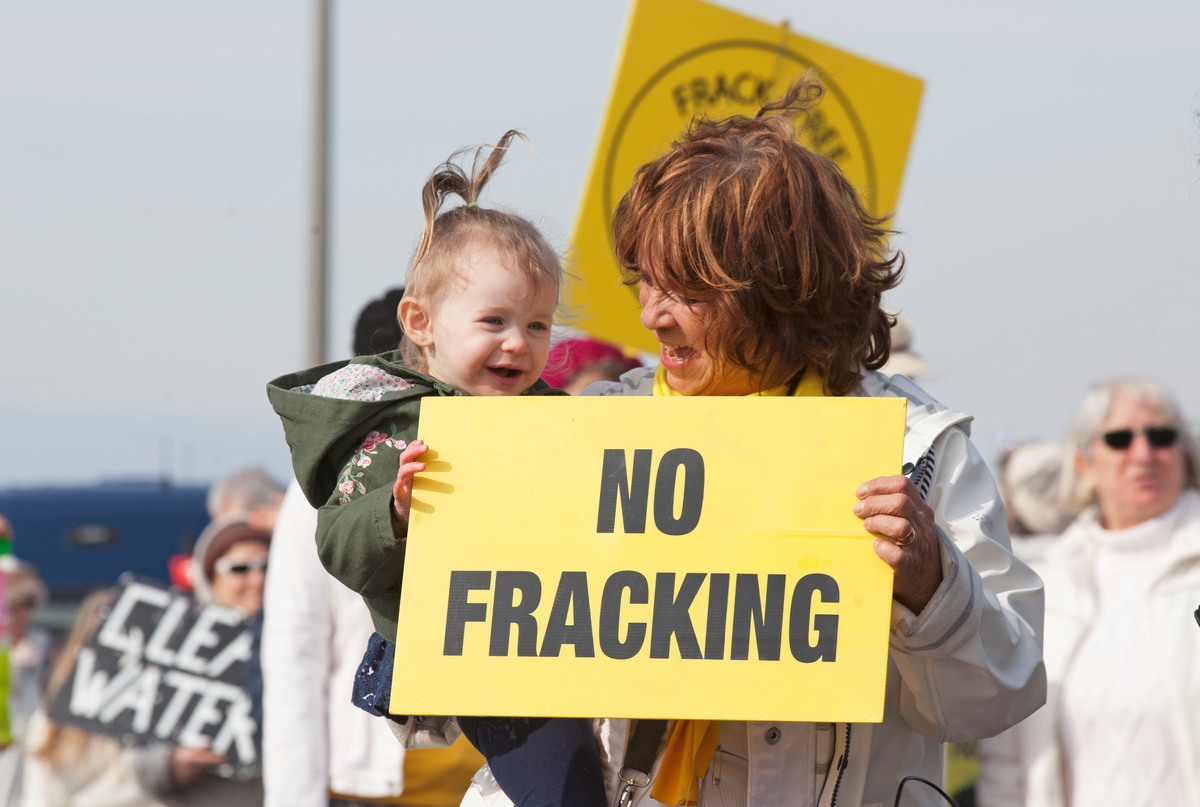 So, what is peaceful protest?

Peaceful protest is an umbrella term for some of the tactics used to achieve social change. These include non-violent direct action, protest marches, creative performance, symbolic action  and some forms of civil disobedience and civil resistance. Whatever the tactic, the protesters are committed to acting in a non-violent way.

Non-violent doesn’t necessarily mean friendly, non-confrontational or without disruption. As we’ll see below, intelligent disruption of a harmful or unfair system is sometimes an essential part of making it better.

Each activist will have their own reasons to take action, and can decide where their personal boundaries lie. But Greenpeace activists – however violent the action they are standing against – are totally non-violent from a belief that violence only causes more violence.

Our commitment to non-violence helps to keep activists and everyone else safe by keeping the situation calm. This ensures that the issue is at the centre of the debate, rather than the story becoming about the behaviour of individuals.

It’s important to say that peaceful protests are not always met with a peaceful response. Many moments that we consider important and progressive parts of history were won by activists who experienced brutal and violent treatment at the hands of the police and prison system.

What has peaceful protest ever achieved?

Through peaceful protest people have won rights we hardly even think about now. The weekend, for example, wasn’t firmly established until the 1930s, after many years of campaigning by trade unions and civil society beginning in the late 1800s.

And without a group of activists who committed a mass trespass in the 1930s, your holiday to the Peak District may have looked quite different. With the countryside seized and fenced off by wealthy landowners, going for a walk was legally off-limits.

Peaceful protests, especially due to how they’re reported, can seem like standalone events. But meaningful change rarely takes place overnight, nor put down to a single protest or moment. It can take years – generations even – for a law to change, for rights to be recognised or an injustice acknowledged.

Many of the criticism levelled at protesters attending Extinction Rebellions or Black Lives Matter marches are the same ones that were used against slavery abolitionists, the suffragettes, LGBTQ+ protests or the civil rights movement. These movements – and their protest tactics – have since been proved right.

Through the retelling of history, we can simplify and idealise the sacrifices many people made in fights against injustice. Yet at the same time, when looking at contemporary movements, they receive much criticism for tactics that have got us where we are today.

Why does peaceful protest work?

Peaceful protest works because it reminds us we’re not alone, and that gives us hope.

If you ever look around thinking things seem pretty rubbish right now, you’re not alone. Just knowing that other people share your outrage and your hope for a better future, that you can share the burden with others and that you’ll be supported – all this can give you the courage to carry on.

It can spur people to speak out who wouldn’t have felt that they could if they were alone.

Peaceful protest works because it’s a way for ordinary people to be heard.

Society is not equal and the balance of power leaves many people marginalised, without access to justice and basic rights. Protest can help balance the scales by creating space for different perspectives to be heard.

Small acts of resistance can achieve huge things and inspire countless others to take a stand and show that another future is possible.

And peaceful protest doesn’t have to take place on the streets, or even physically at all – some groups have demanded change using the power of social media alone. Or even a very large delivery of peanuts.

Does it have to inconvenience people?

Peaceful protest works because it is disruptive.

If it doesn’t inconvenience anybody it’s also pretty easy to ignore and nothing will change.

A disruptive protest will get attention and create space for debate and bring attention to a previously underrepresented issue. If it can’t be ignored, it will likely get a response and that creates accountability.

How do you justify peaceful protests which break the law?

Some laws are unjust, or allow injustice to happen. For a long time, it was legal to buy and sell slaves, but illegal for women to vote. Almost always in these cases, people’s minds have to change before the law will. In other cases, breaking the law isn’t the focus, but is something people are prepared to do to stop a greater harm from happening.

In a well-planned protest, the temporary disruption and inconvenience will be justified, because the issue being protested is genuinely important. Sometimes that includes breaking the law.

Peaceful protest may not create instant change, but it’s working

Creating a fairer world is an ongoing project, where through the generations each builds on the work that has come before. It won’t ever be finished.

But peaceful protest really can achieve lasting change. And often this will be change that is so enduring, society forgets all about how it was won – or that it ever had to be fought for in the first place.

The government tried to strip away our right to protest through the Police Bill, but their plans were shelved because thousands of people and the House of Lords stood up to them and won.

Now Priti Patel is trying to override the will of the people by introducing a new bill that would force through things like Serious Disruption Prevention Orders (basically ASBOs for potential protestors) and crack down on people planning to lock-on – something which is critical to direct action and protest. They also want to widen the net of stop and search, further harming overpoliced communities and people of colour.

They failed to get these plans through once, and it’s down to us to stop them again. Let’s not let them break a fundamental pillar of our democracy by doing the same thing under a different name: tell Priti Patel to drop the Public Order Bill now.

Tell home secretary Priti Patel: drop proposals in the Public Order Bill that have already been rejected by the people and Parliament, and to put an end to all attempts to suppress the fundamental right to protest. 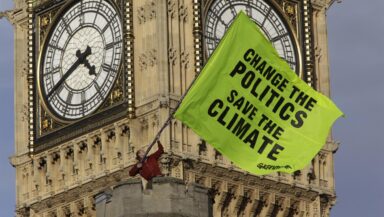 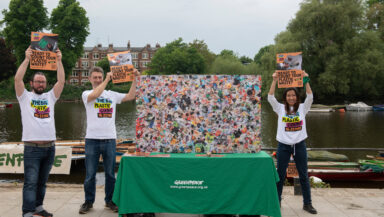 Curious about volunteering with Greenpeace? Come and ask us about it!

Greenpeace staff and volunteers are hosting a series of events across the country. Come along and find out about Greenpeace campaigns, and how to get involved.

Act: protect the right to protest