CAMPAIGNERS have today [MON] warned that more than 6bn plastic bottles per year could be littered, landfilled or incinerated if the government caves in to industry pressure and weakens plans to introduce “reverse vending machines” to boost recycling rates.

Greenpeace has delivered a 29ft-long plastic bottle artwork to Environment Secretary Michael Gove to urge him not to lose his bottle in the face of corporate lobbying, and to press on with an all-inclusive deposit return scheme. Artist Lulu Quinn built the installation using over 2,500 plastic bottles collected by volunteers from the UK’s streets, beaches and river banks.

The Department for Environment, Food and Rural Affairs [Defra], has launched a consultation on whether to introduce a scheme whereby a 15p levy could be added to the price of bottles and cans which would be returned once they’d been recycled.

In the UK, recycling collection rates for plastic bottles have stalled at around 59% in recent years, and it is hoped that introducing a scheme like this could boost rates above 95%, as is seen in countries that already have bottle return schemes. But industry giants are lobbying for the scheme to exclude all bottles bigger than 750ml, as well as all milk bottles made from HDPE plastics

According to the government’s own consultation document, this would result in at least 6bn bottles per year being left out.

The government also estimates that an all-in scheme would have an economic benefit of £9.4bn in its first ten years, whereas the benefit of a limited scheme would be just £3bn over the same period.

“We are delivering this 29ft artwork to Michael Gove urging him not to lose his bottle. A watered down scheme would confuse customers and allow billions of bottles to pollute the environment, and it would also be less valuable to our economy.

“The Environment Secretary must hold his nerve in the face of industry lobbying and introduce an all-in deposit return scheme, covering all sizes and materials, which actually does what it sets out to do.”

Pictures and video of the plastic bottle hand-in at Defra will be available via this link: https://media.greenpeace.org/collection/27MZIFJWJ7FXM

Stock footage of a UK supermarket trial of a deposit return scheme can be downloaded via this link: https://we.tl/t-W0IPBgPUDR

Spokespeople are available for interviews. Please contact the Greenpeace press office on 020 7865 8100 or press.uk@greenpeace.org.

2,500 bottles – collected by volunteers from the natural environment. 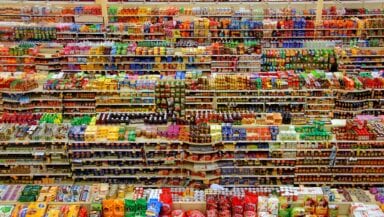 Supermarkets still aren't doing enough to reduce plastic - but who's making the most progress? And how has the pandemic changed things? Find out where your supermarket ranks in the latest plastics league table. 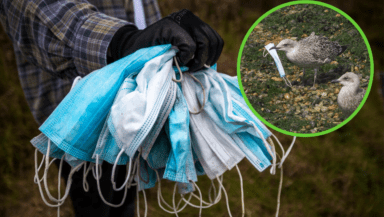 Ditch the disposables for a reusable mask, and discard disposables with care – because they are polluting waterways and trapping wildlife. 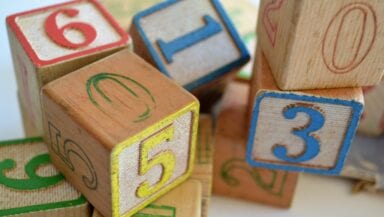 The best ways to cut back on plastic during and after pregnancy, and raise awesome environmental activist children in the process.