Greenpeace activists force third U-turn of a BP-operated rig away from a major oil drilling site in the North Sea, blocking the oil giant’s operation for the 10th day in a row

Just a few miles from the drilling site and having travelled more than 500 nautical miles back and forth since Saturday, the rig performed yet another U-turn and is now heading back towards the shore.

Since Saturday, the Arctic Sunrise has remained between the 27,000-tonne rig and the Vorlich drill field off the coast of Scotland where BP is planning to drill a new well to access 30 million barrels of oil.

Greenpeace has now successfully stopped BP from drilling the well for ten days. Climate activists held the rig in Cromarty Firth for seven days from Sunday June 9 until last Friday. On Saturday, the Arctic Sunrise arrived to pursue the oil rig as it was towed out to sea.

Eleven Greenpeace activists have been arrested so far, five appeared at Tain Sheriff Court yesterday charged with breach of the peace and were released on bail. Three freelance photographers were also arrested but subsequently released.

“This oil rig is stuck in a loop, much like BP’s business model but we’re not here to play games. There’s only one U-turn BP urgently needs to make and that’s away from climate-wrecking oil and towards renewable energy.

“There is a growing global movement calling for an end to the oil age for the sake of our health, our planet and our future. We’re determined to use every peaceful means available to stop this rig.”

Despite BP claiming that its business is compatible with the Paris climate agreement, Greenpeace argues BP’s operations are in direct opposition to efforts to prevent catastrophic climate change. Evidence for this includes: 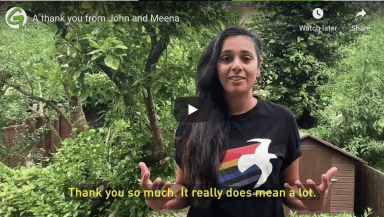 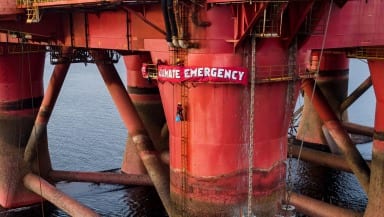