I’m here in the Arctic to bear witness to the sea ice minimum. This is the moment in which the Arctic sea ice shrinks to its smallest size each year before expanding out again – a key indicator of the health of the Arctic.

This year it was the second smallest ever, following the pattern of recent years: the Arctic is shrinking more and more. We only have a few more decades with it at most, less than the rest of my lifetime, if we continue on as we are.  This felt entirely too believable as we sailed through open ocean where there was once thick ice.

I struggled even to understand the scale of the loss, but what I did quickly realise was that people are already trying to exploit these newly revealed swathes of ocean, with destructive fishing and other industrial activities.

It feels like a double blow to me that people want to double down on the damage that has been done, and it would be a massive tragedy if nothing was done to protect these areas. That’s the least humanity can do after chipping away at the protection that the Arctic sea ice once offered.

From the Arctic to Bangladesh: what happens here affects the whole world

When on the deck of the ship Arctic Sunrise, totally isolated from the rest of the world and staring out across the sea of ice that is forming and melting constantly, it’s difficult to remember that the slow destruction of the Arctic is affecting people on the other side of the planet as their homes are slowly submerged by melting glaciers. One of the many injustices of climate breakdown is that often the people who have contributed least to it are the ones who are hurt by it the most. The Global North has created this issue, and are already in the process of palming off the cost and the pain to people in the Global South.

Climate activist and ornithologist from the United Kingdom.

“My family in Bangladesh are already suffering because of climate breakdown. My grandfather’s village had their rice crop swept away by unseasonal flooding. There are a million stories like this.”

I have family in Bangladesh, and they are already suffering because of climate breakdown. There are four million climate change refugees living in the capital city, with more arriving constantly. Even in my lifetime, I have noticed the changes as more typhoons batter the coastline and more flooding washes food and homes away. Only last year, family in my grandfather’s village had their rice crop swept away by unseasonal flooding, leaving them with no food and no rice to plant for the following year. They would have starved if we hadn’t been able to send them money. There are a million stories like this.

But the thing that makes me the angriest is that all of this was and still is, entirely preventable – and the only reason it hasn’t been is due to vested interests in the destruction of our planet, whether it be that they want to continue on their quest for oil, or are itching for the Arctic to melt so that they can make it a shipping highway.

Striking for climate in the far north 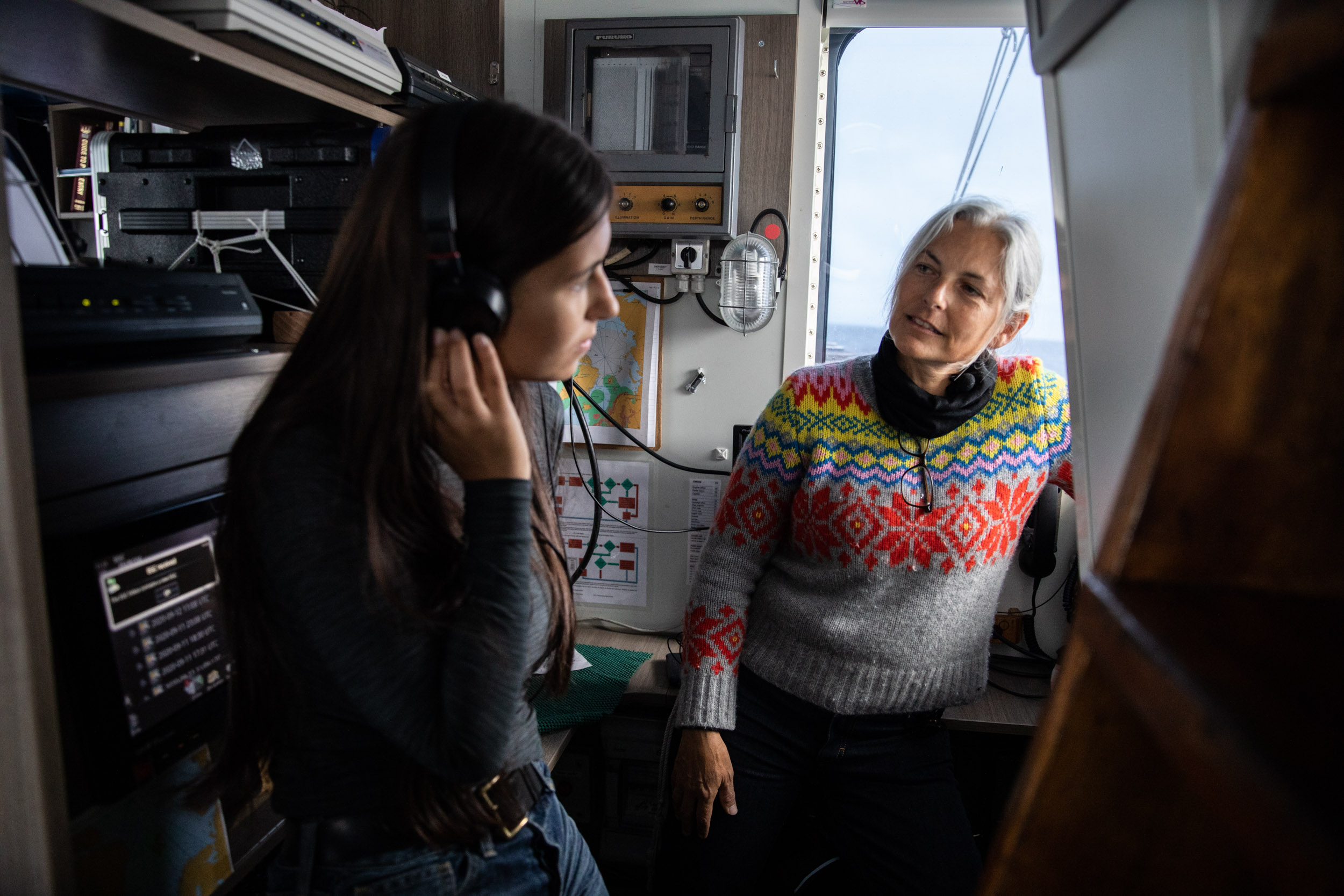 Lead Scientist Kirsten Thompson shows Mya-Rose Craig how to listen to the hydrophone – an underwater microphone trailed behind the ship. Whales and dolphins make unique sounds whilst feeding and socialising. © Daniella Zalcman / Greenpeace

This anger was why I wanted to do the most northerly strike for climate ever, up in the Arctic. For half a century now people, including politicians and world leaders, have known about climate breakdown and yet have refused to do anything and always put it on the back burner. I dread to think what state this planet will be in if we continue on this path for another 50 years, continuing to prioritise money over everything else as my future melts down the drain.

As I sat alone on a melting ice floe in the middle of the sea, I clutched onto the message ‘Youth Strike For Climate’ hoping that it would be something that would make people wake up and pay attention. I wanted to convey all of the anger and desperation to people in power that I, as a young person, feel for my future. The youth strikes movement has been revolutionary in terms of giving young people a voice and giving us enough political power to show that we care and that this is an absolute priority for us. The fact that both adults and the media have really started listening says enough to give me enough hope for the future to continue fighting.

Sitting back and praying that the problem disappears isn’t an option when it is actually my future that is disappearing. There isn’t any more time left. We have to act now.

Mya-Rose Craig is a young climate activist from the United Kingdom. She’s currently on board the Arctic Sunrise to bear witness to the sea ice minimum, the second-lowest ever, and to be a voice for young people through her youth strike – the most northerly ever. 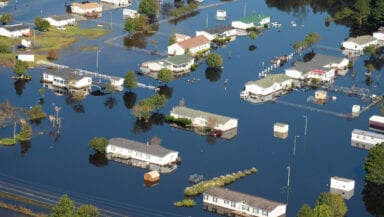 Extreme weather appears to be happening more often, and getting more severe. But how is it connected to climate change? 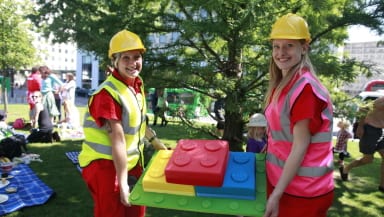 Ready to get active? There are so many ways to volunteer with Greenpeace to protect our planet.