If you’ve heard the call to protect the planet, you’re not alone. Many of us are taking action to help stop climate change from getting worse. We’re getting wise. Making small steps to transform our lives and holding people in power to account. And corporations and companies know it.

Ethical business is booming. Ethical spending in the UK went up by nearly 24% between 2019 and 2020, and the market is now worth £122billion. To appeal to an increasingly savvy public, companies need to do their bit too.

But some choose the easy way out instead: greenwashing.

Greenwashing is a PR tactic used to make a company or product appear environmentally friendly, without meaningfully reducing its environmental impact.

Think: bold claims, nature-inspired imagery or green buzzwords that rarely hold up when looked at in more depth. Or vague claims and ‘green’ solutions that misdirect you and take you away from the real issues.

Greenwashing aims to boost a company’s public image or make more sales by convincing us that buying from them aligns with our values. 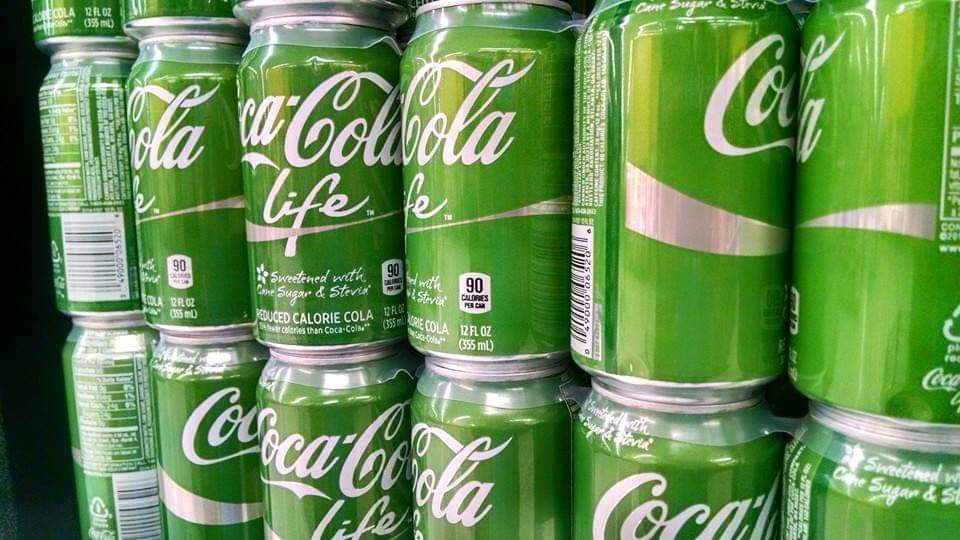 Coca-cola life used green as the main colour for its packaging. Image via Wikimedia

The term greenwashing was coined in the 1980s, but there are examples of greenwashing before that. In recent years, there are new tricks and gimmicks that make it harder to tell what’s greenwash and what’s not.

If you’re trying to spot greenwashing, look out for these features or sins: 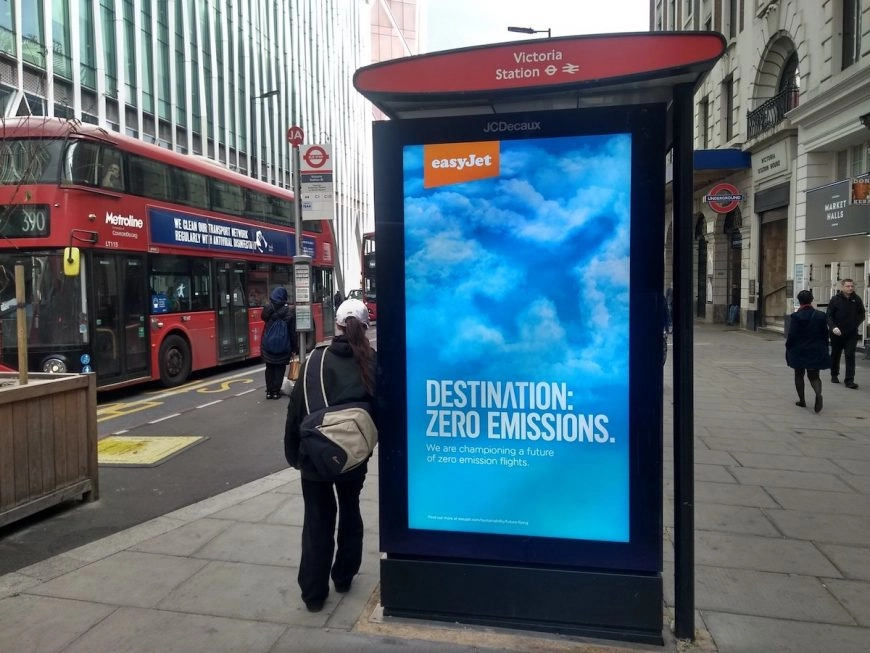 Why is it a problem?

Greenwashing lets companies keep business as usual, while pretending they’re doing better. So all the planet-polluting, habitat-harming things they do carry on. And there may be very few attempts to change this.

This locks in a harmful social and economic system that takes more from the Earth than we can sustain. Greenwashing delays or stops the action we need to move to better systems for people and the planet. A false eco-branded product or carbon offsetting may make us feel we’re doing well. But these efforts are small compared to the changes we need to make together.

When companies greenwash, they distract us. They divert our attention. We’re led into the belief that everything is fine, when it’s not. And that environmental problems are being handled or solved by someone else, when they’re not. Greenwashing means we miss supporting the companies who are reducing their environmental impact. And that we won’t come together to pressure the rest to change the way they do things.

How to avoid greenwashing

Companies use lots of sneaky tactics which can make it hard to avoid greenwashing completely. But there are two ways you can get ahead of greenwash. One: equip yourself with knowledge so you can avoid getting tricked. And two: help create a world where companies can’t get away with greenwashing.

Here are some things you can do:

Challenge companies for greenwashing. Public pressure is an effective way to expose misleading advertising and send the message that greenwashing won’t cut it. That might mean tagging the company on social media, signing petitions, telling your friends, complaining to the UK’s advertising watchdog or supporting organisations campaigning against greenwash.

Become an active citizen. We know companies need to do things differently so we need to come together to demand it. Voting, writing letters to your MP, protesting and joining community groups are just some of the ways that you can make your voice heard. You can take steps to push for change to happen. 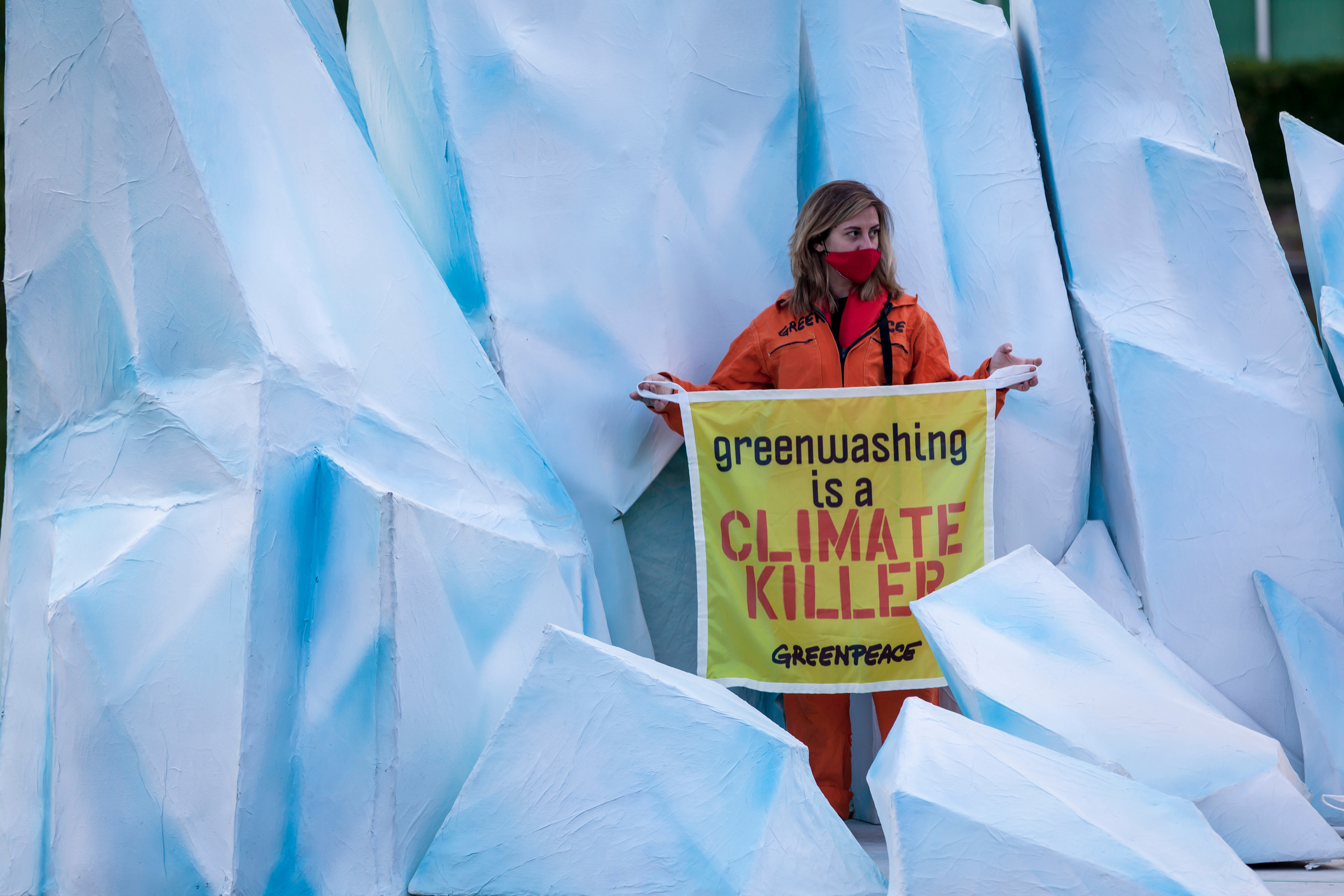 Stay informed. Familiarise yourself with common greenwashing techniques so you can spot them in the wild. You can also make use of paid-for resources like Ethical Consumer, which provides information on spending and saving your money. Or find free guides from credible sources on lots of topics, such as:

Learning about things can help you make informed decisions for your needs and lifestyle. You’ll slowly start noticing when a company is greenwashing. And this can help you avoid being tricked and start pushing for meaningful changes to environmental problems. 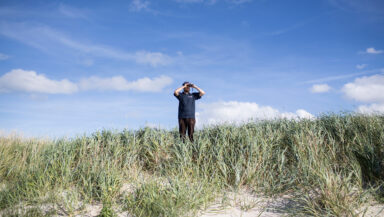 Quiz: Can you spot the greenwashers?

Fancy yourself as a green scam-spotting pro? Try our quiz to find out! 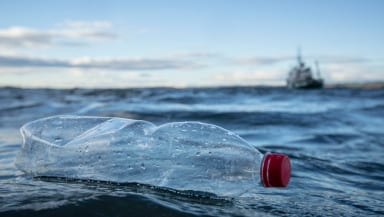 9 ways to reduce your plastic use