In this report, we chart the evolution of the North Atlantic shark fishery, tracking the distressing downward trajectory of shark populations and the consequent impacts on ocean health.

We reveal the failure of policy makers to act responsibly, exposing their unwillingness to prioritise ocean health and the communities who depend on it, whilst disclosing the extent to which industry dominates decision-making in pursuit of profit.

We examine the industry’s ever-more efficient and destructive approach to fishing, including the targeting of juvenile sharks and the increasing efficiency of fishing gear.

We propose recommendations that will turn the tide, focusing on the responsibility of the EU to adopt more progressive policy positions in relevant multilateral fora and leading the way in ocean protection.​​ 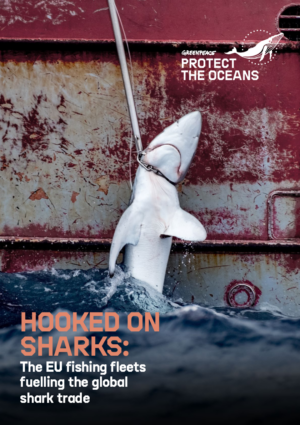