18 animals that became extinct in the last century

Humans have already driven many plants and animals extinct. Our impact serves as a stark warning of what species might still be lost. Let's meet 18 animals that went extinct in the last 100 years, and find out what drove them to extinction.

Listen to this article read aloud by the Greenpeace team.

Extinction is a word scientists use to describe a species dying out. This can happen naturally, but humans are often to blame. One million animal and plant species are threatened with extinction worldwide.

This video shows some of the animals that went extinct over the last 100 years, with a timeline showing the decade of their untimely demise. You can read more below about the reasons behind these losses in the world’s rich biodiversity. 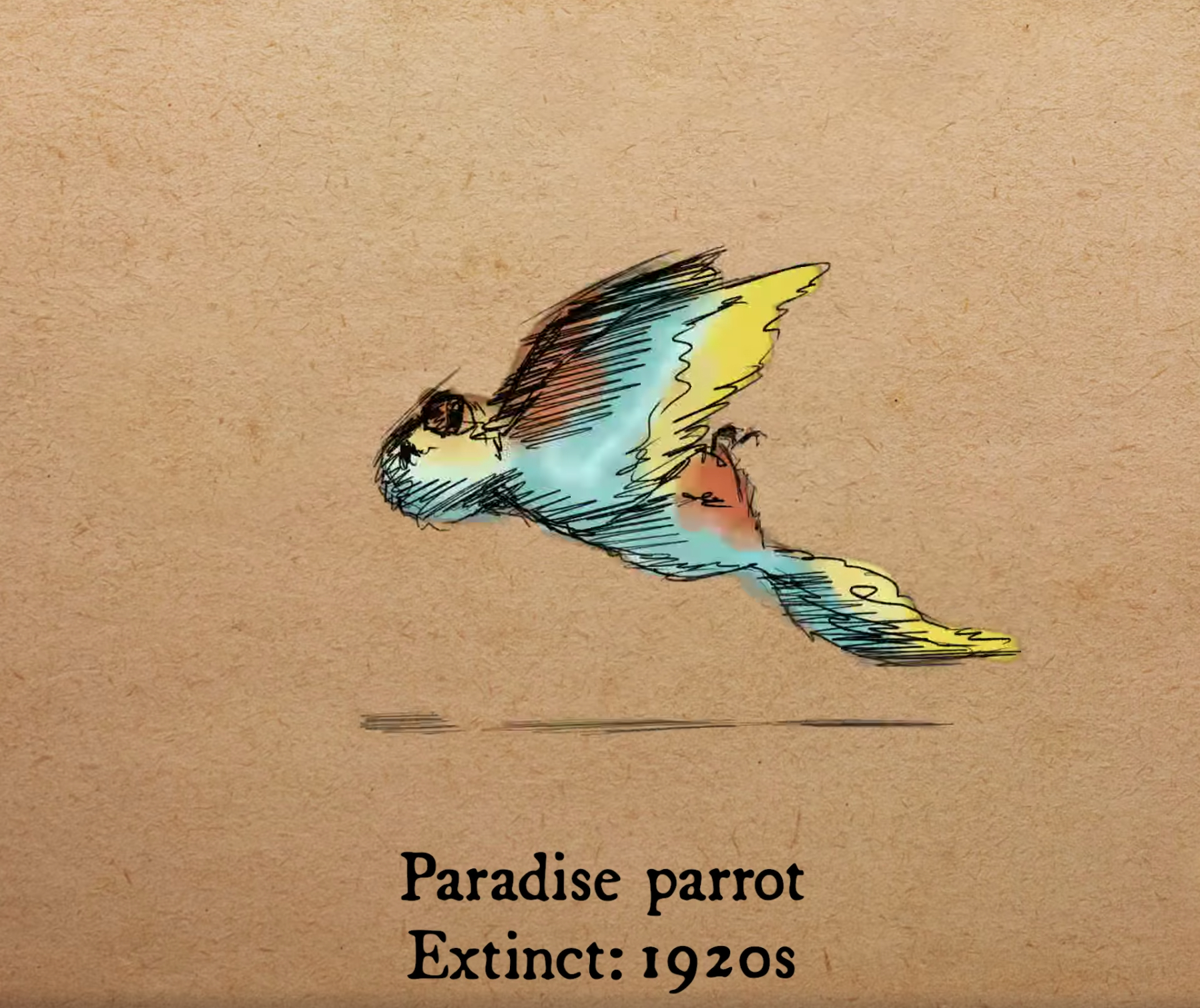 Formerly found in eastern Australia, the Paradise parrot has not been seen since 1928. According to the International Union for the Conservation of Nature (IUCN)’s ‘Red List’ of threatened species, it went extinct mainly to drought, overgrazing of farm animals, and people cutting down eucalyptus trees. 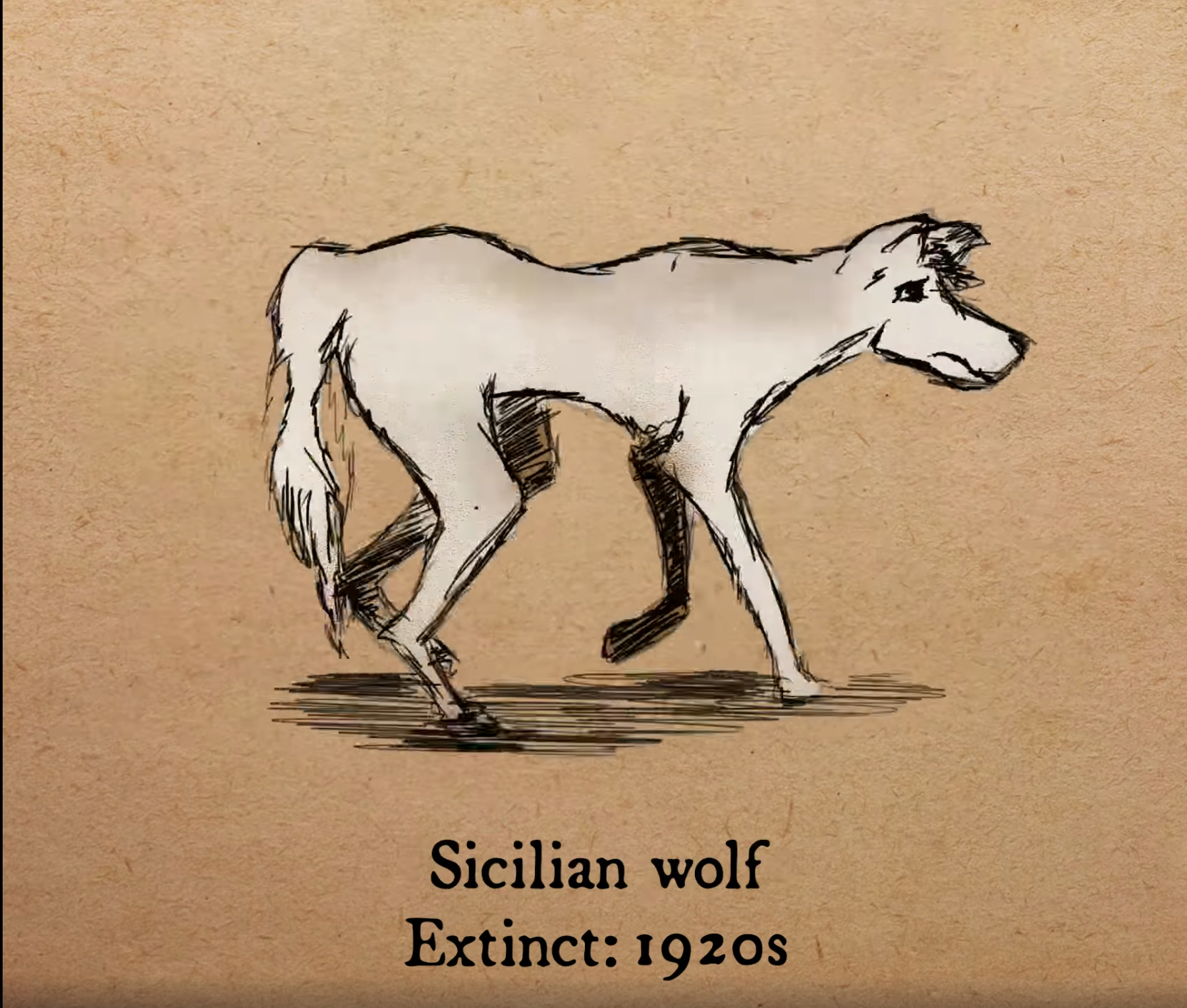 According to a study from the Natural History Museum of Verona, the Sicilian wolf was driven to extinction by humans due to its appetite for farmers’ livestock. Native to Sicily, it’s also thought that these wolves ran out of wild food to eat during an environmental crisis on the island.

European colonists were afraid of the Tasmanian tiger and thought they might prey on their sheep, so they hunted and killed them to reduce their numbers. But in later years as the Tasmanian tiger became rarer, the main reason for hunting by humans was for show in museums and zoos. The last one died in Hobart Zoo in 1936. 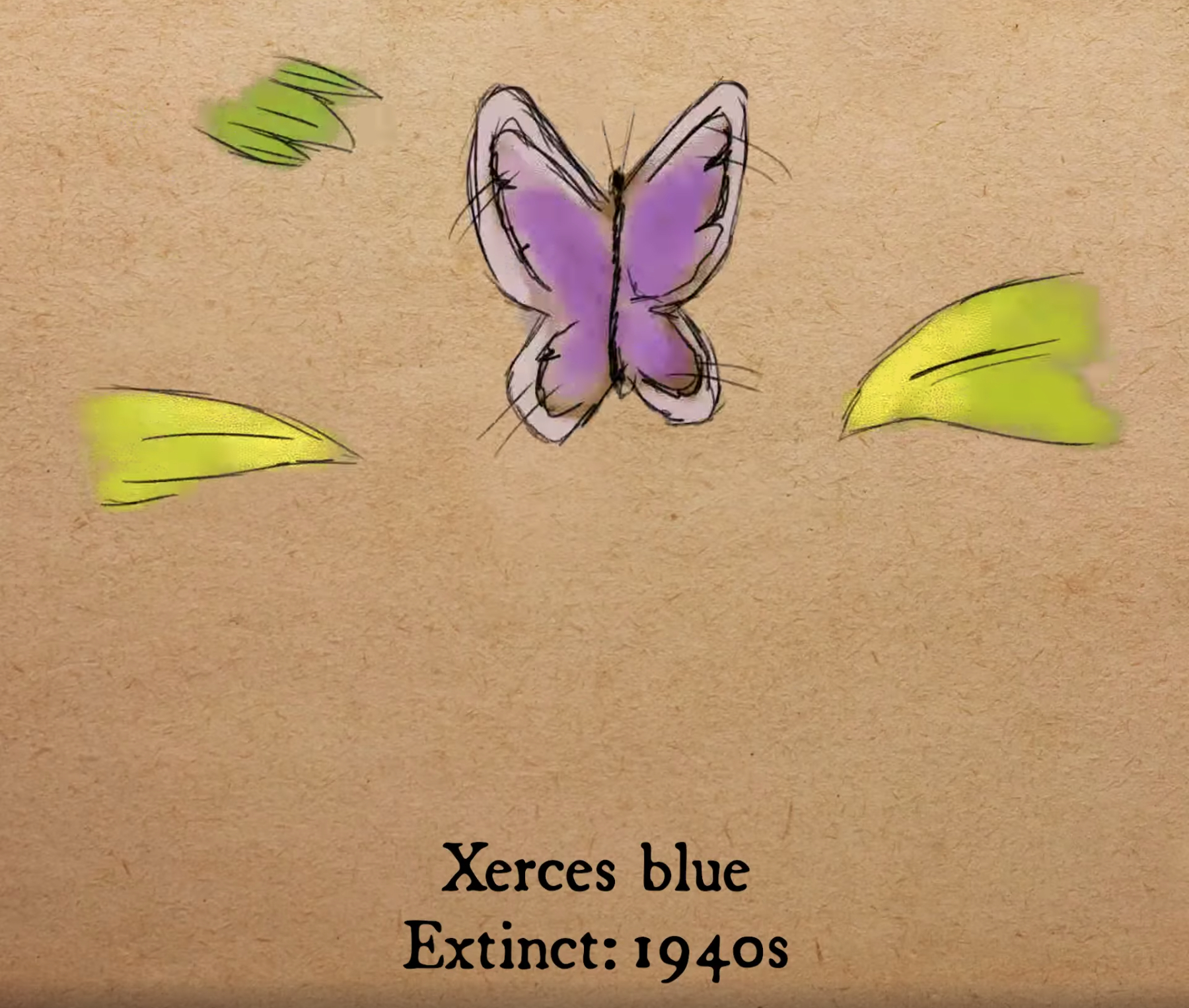 The Xerces blue butterflies lived in the coastal sand dunes of the San Francisco Peninsula. Scientists believe that they were driven to extinction in the early 1940s; the first American butterfly species to go extinct as expanding cities took over their habitats. 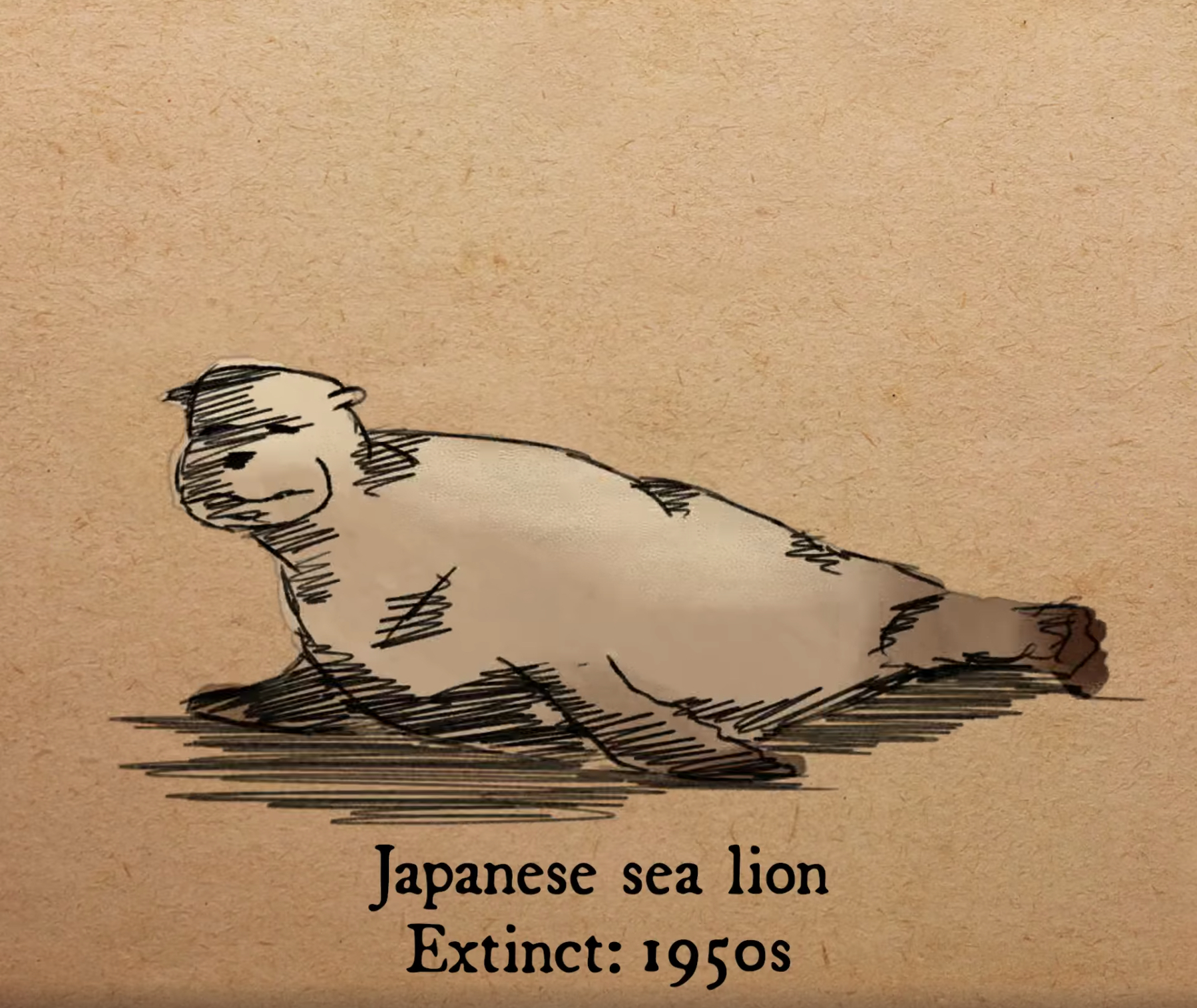 Japanese sea lions were hunted for their skins, whiskers, organs and oil, and were also captured for the circus trade. This, in combination with persecution by fishermen and perhaps shooting by soldiers, likely caused their extinction. They were last seen in the 1950s.

Experts are warning that in 50 years, one in three species of plants and animals may be lost. Human activity is to blame – from destruction of habitats to climate change. We are raising funds to scale up our work to protect our natural world from these major drivers of animal extinction. 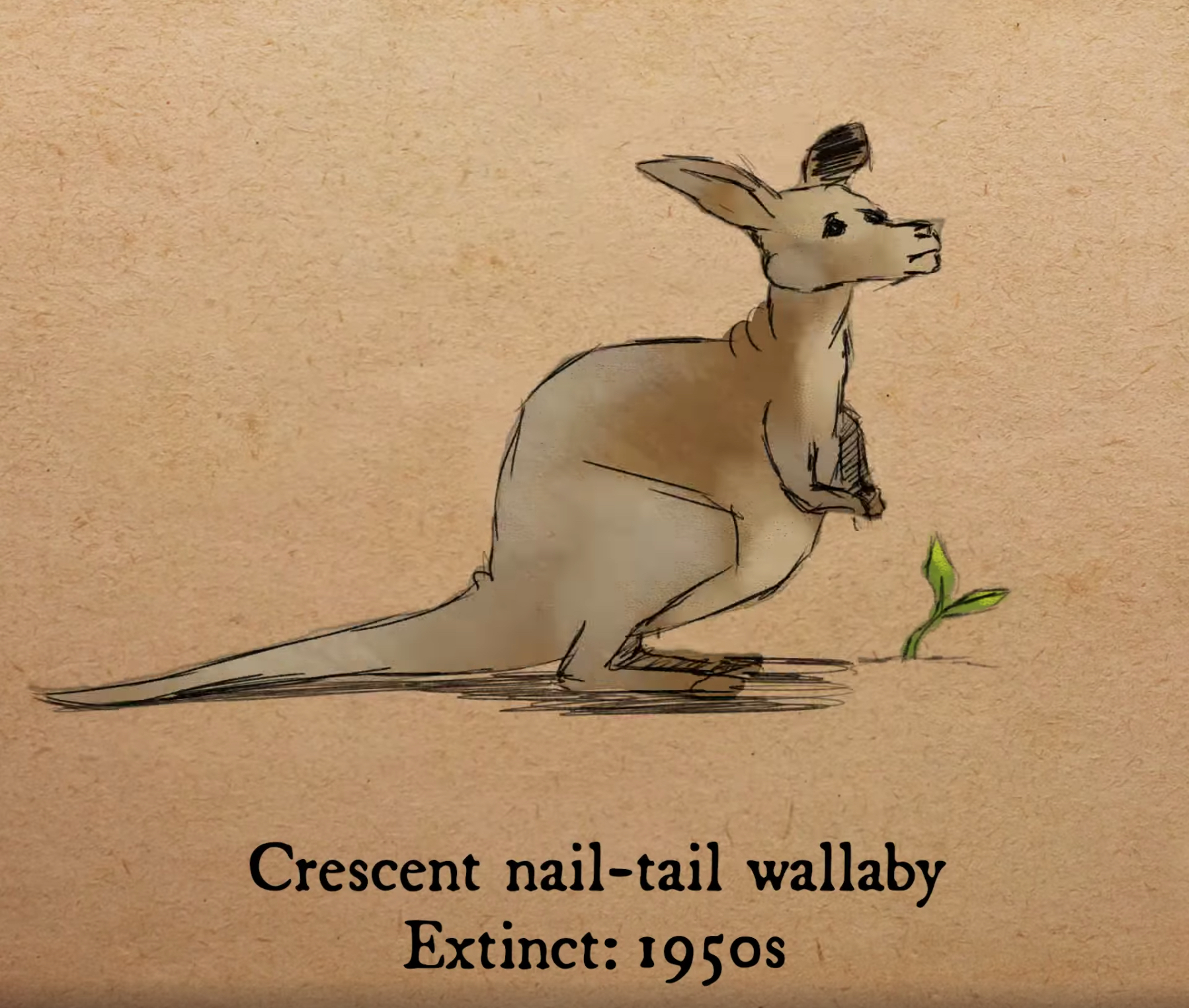 These small marsupials were common in southwestern and central Australia until foxes and cats that were introduced by European colonists started preying on them. Damage to their habitat may have contributed to their extinction in the 1950s. 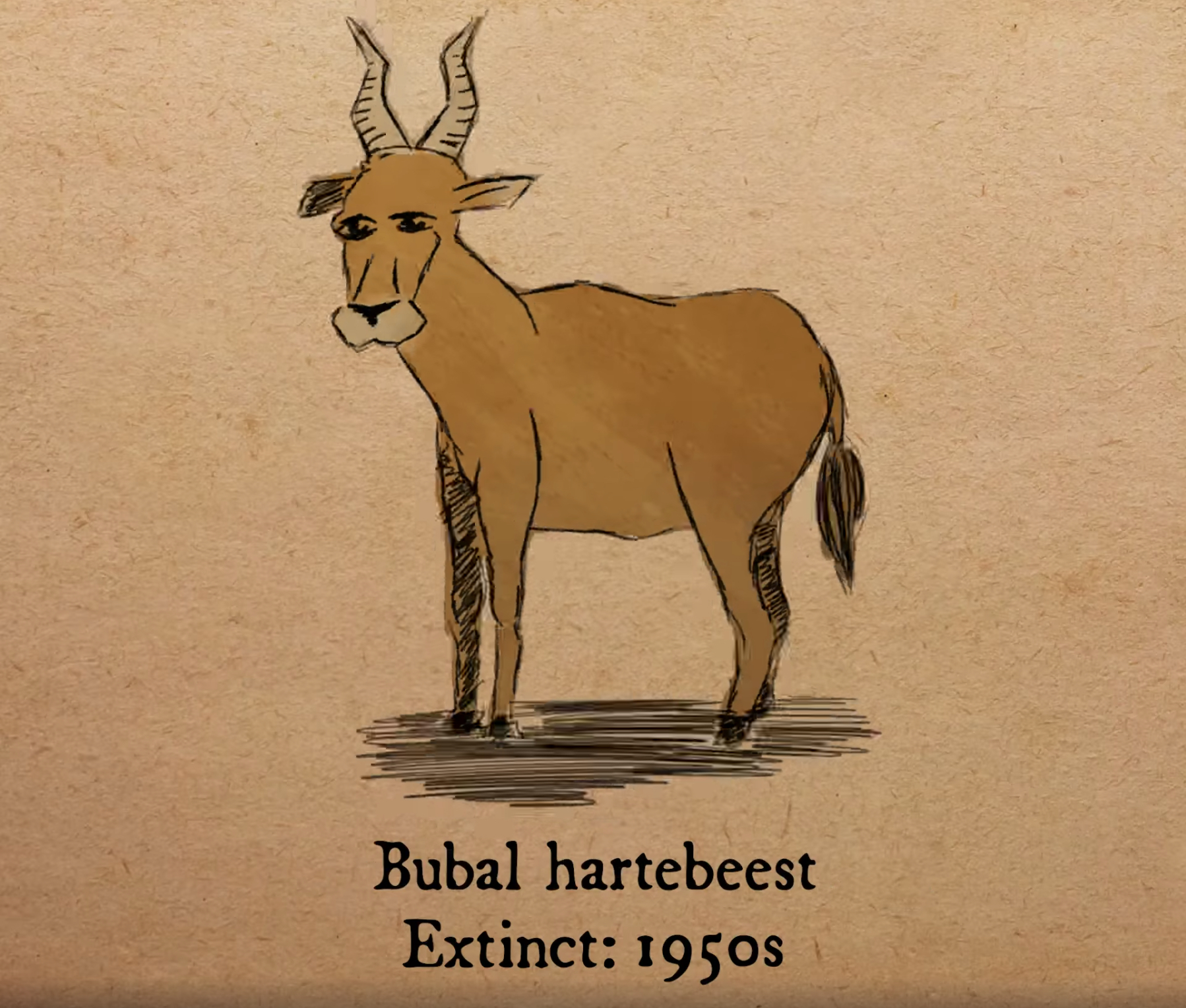 According to the IUCN, humans over-hunted the Bubal hartebeest over many years, perhaps even centuries, eventually causing its extinction. Until the 1950s, they lived in the grasslands of North Africa, and are thought to be featured in artwork found in tombs of ancient Egyptians. 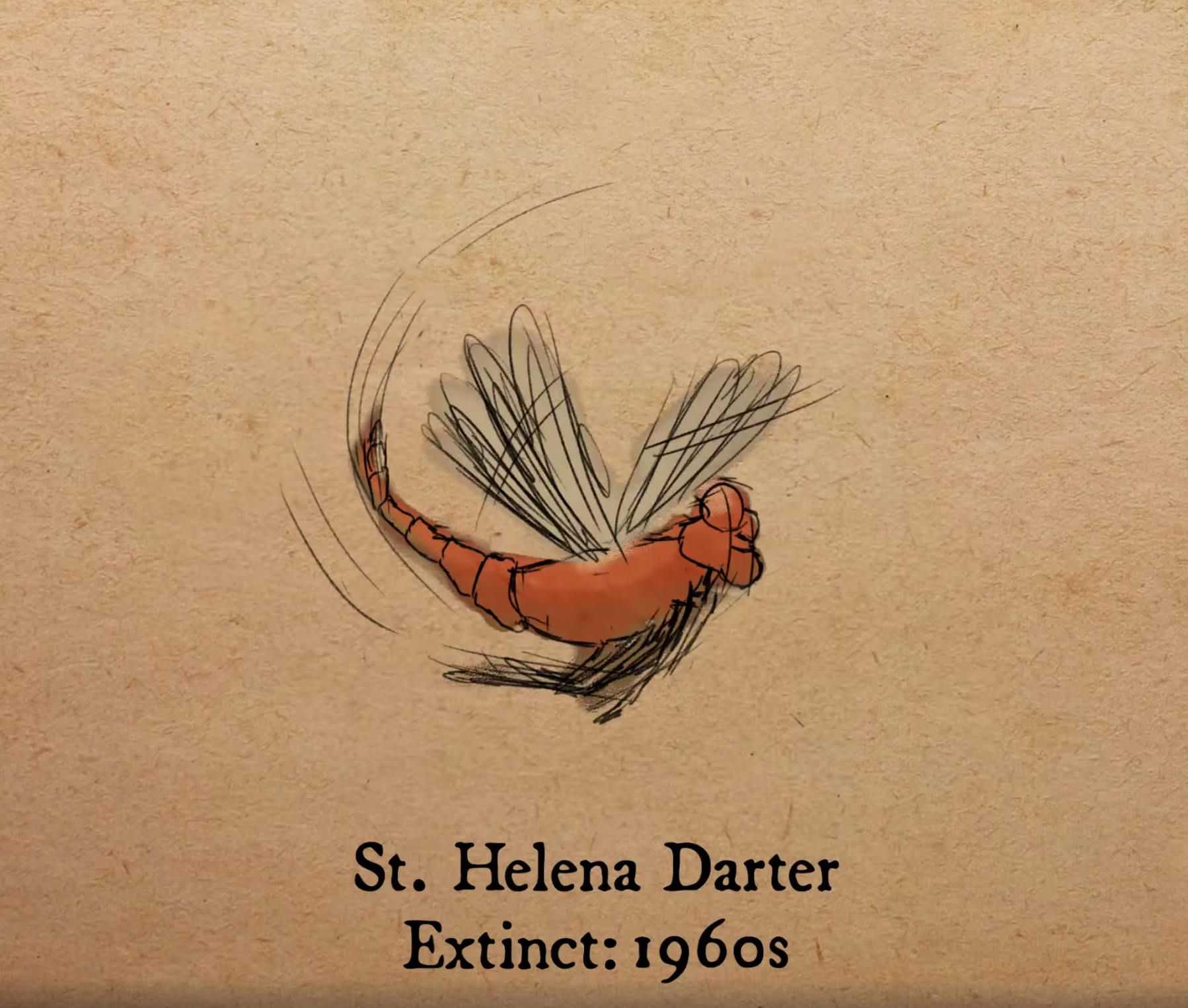 This dragonfly, found only on the volcanic island of St. Helena in the Atlantic, is considered extinct as the last was seen in 1963. It’s thought that the Darter’s decline is down to severe habitat destruction after the island was colonised in the late sixteenth century. New ‘invasive’ species introduced by humans, such as the African clawed frog, also contributed to its extinction. 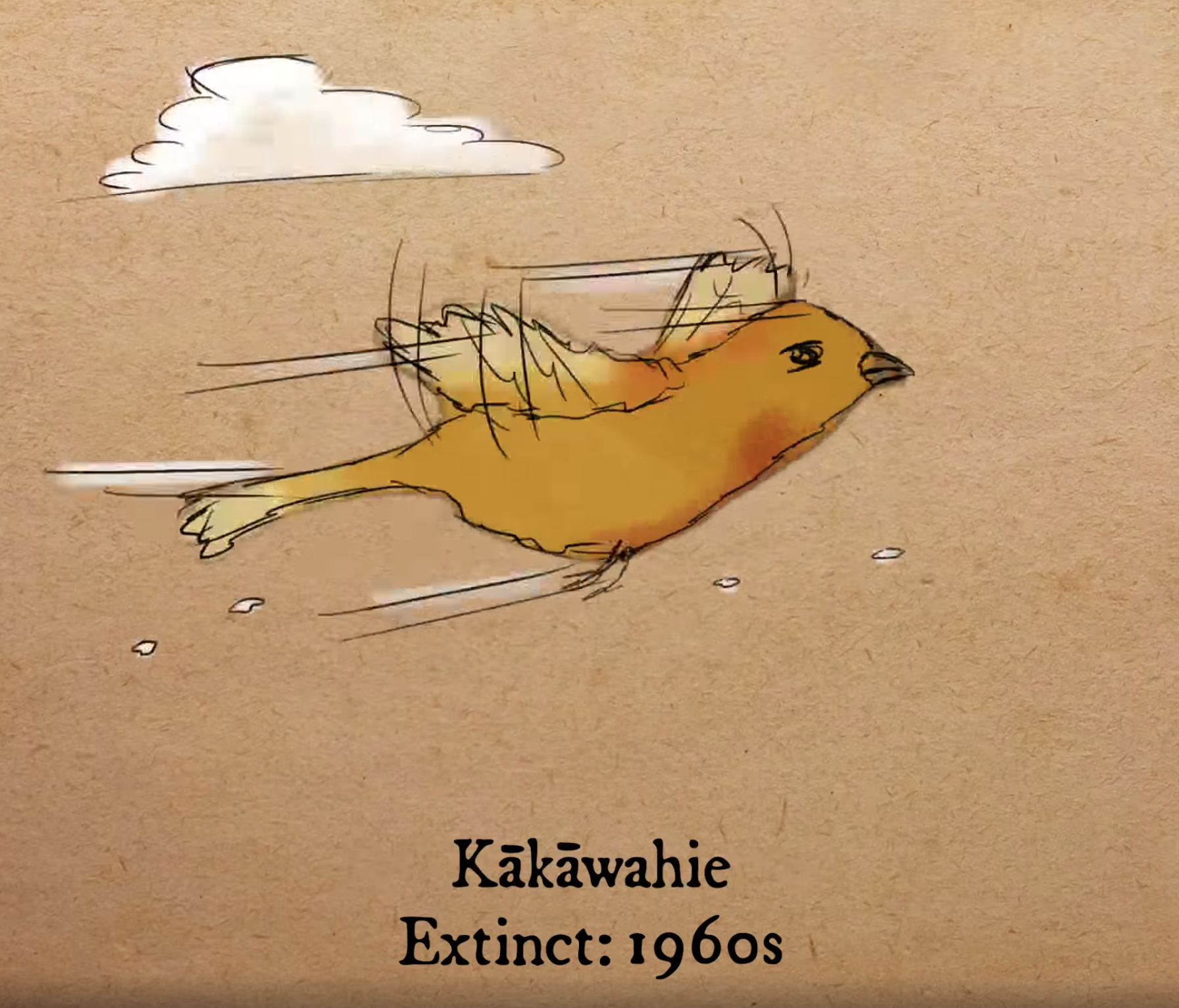 This Hawaiian bird was last seen in the Kamakou Preserve in 1963. According to the IUCN, it was common in the 1890s, the extinction of the Kākāwahie was due to habitat destruction, and disease spread by mosquitoes introduced by humans. 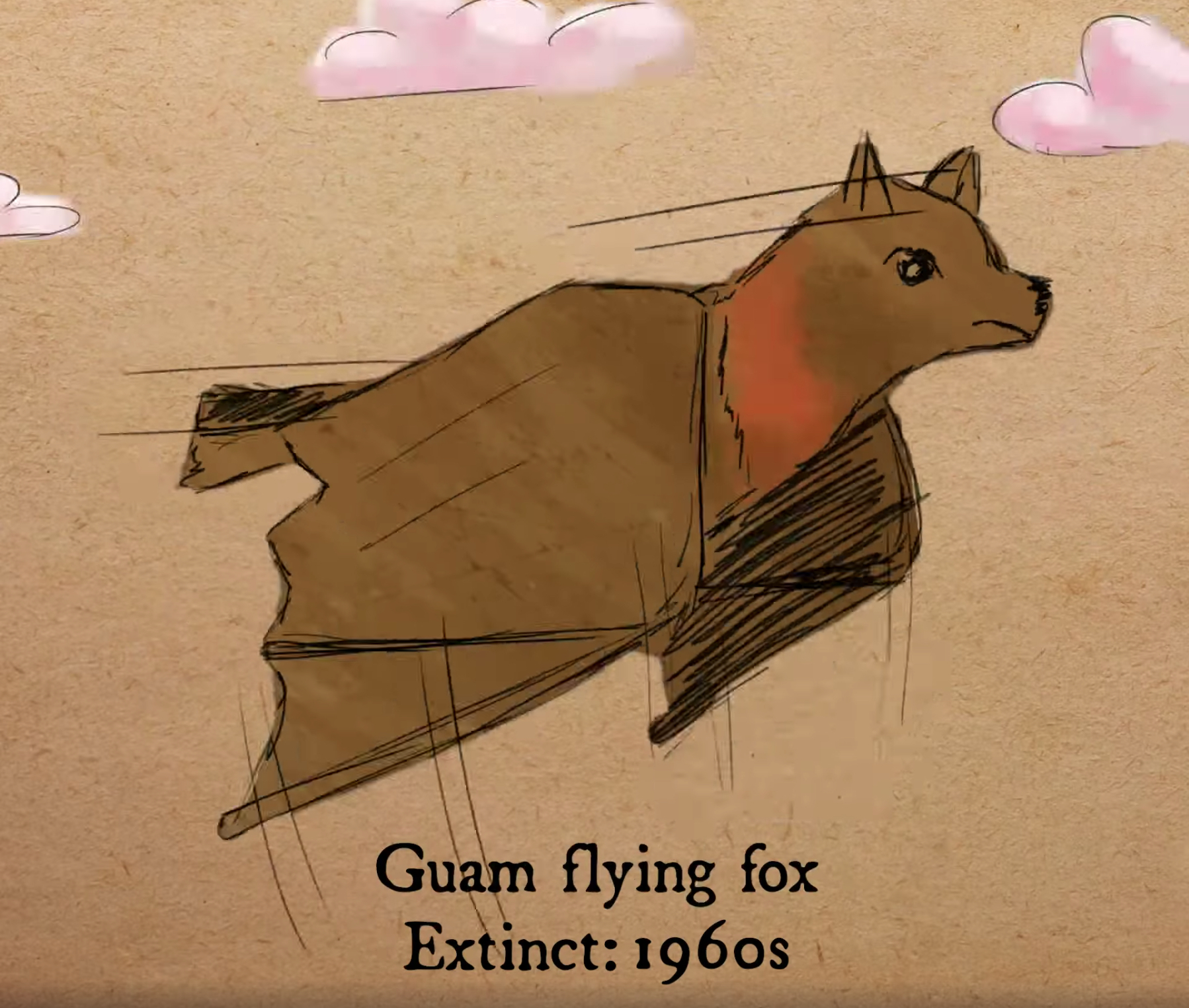 According to the IUCN, the Guam flying fox’s was driven to extinction by humans hunting it for food, and the introduction (again, by humans) of the predatory Brown tree snake. The last of these little fruit bats was shot by hunters, and it’s not been spotted with any reliability since 1968.

The Caspian Tiger was one of the largest big cats on the planet – males could be nearly three metres long. Last seen in the 1970s, its decline began in the late nineteenth century as it was hunted by Russian colonial soldiers and its habitat was destroyed by people clearing land for farming. 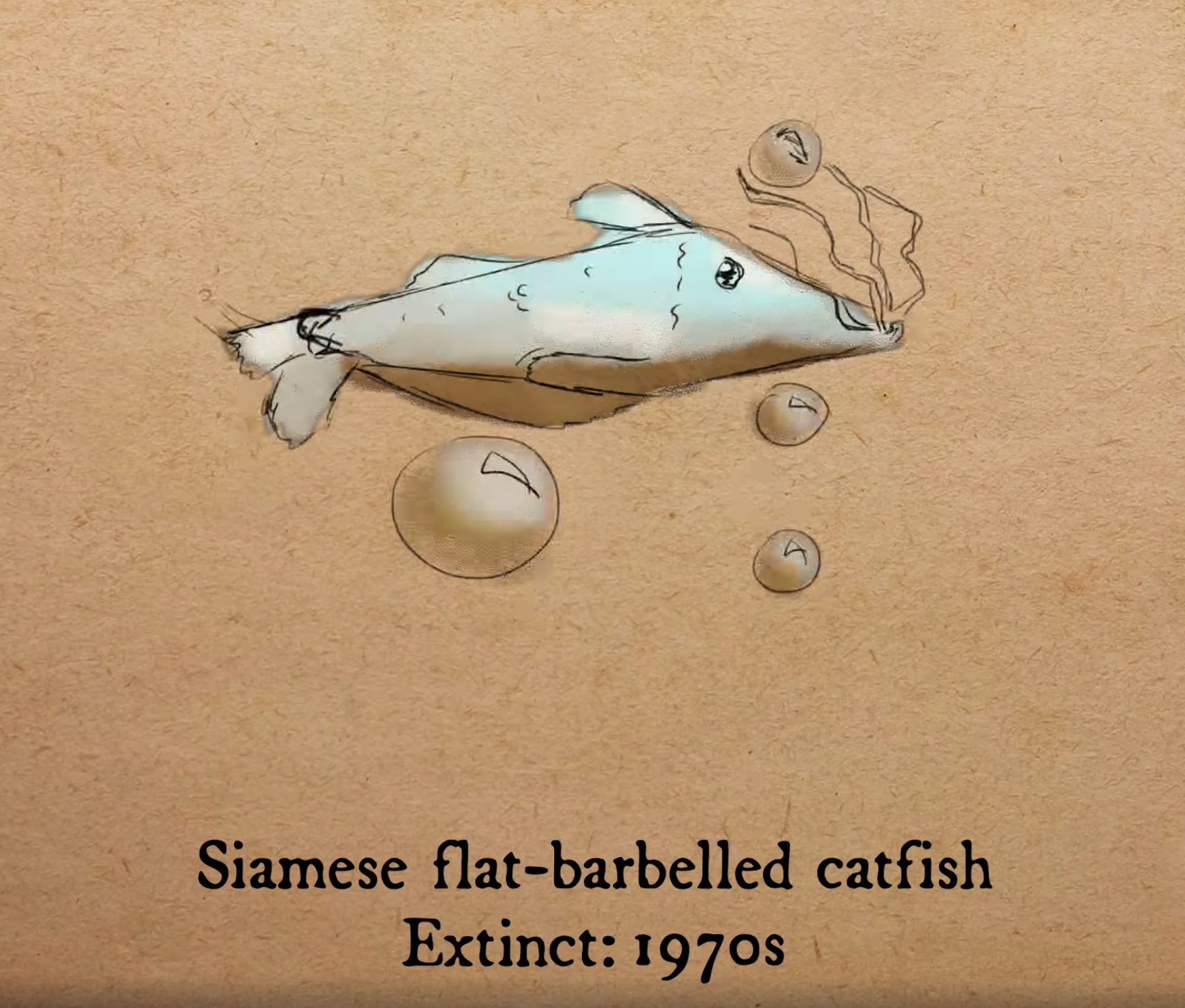 The Siamese flat-barbelled catfish was a victim of humans building on land and rivers until its last sighting between 1975 and 1977. Damming, canal-building and high pollution in the Chao Phraya River, and the draining of wetlands in and around Thailand’s capital Bangkok are thought to have caused its extinction. 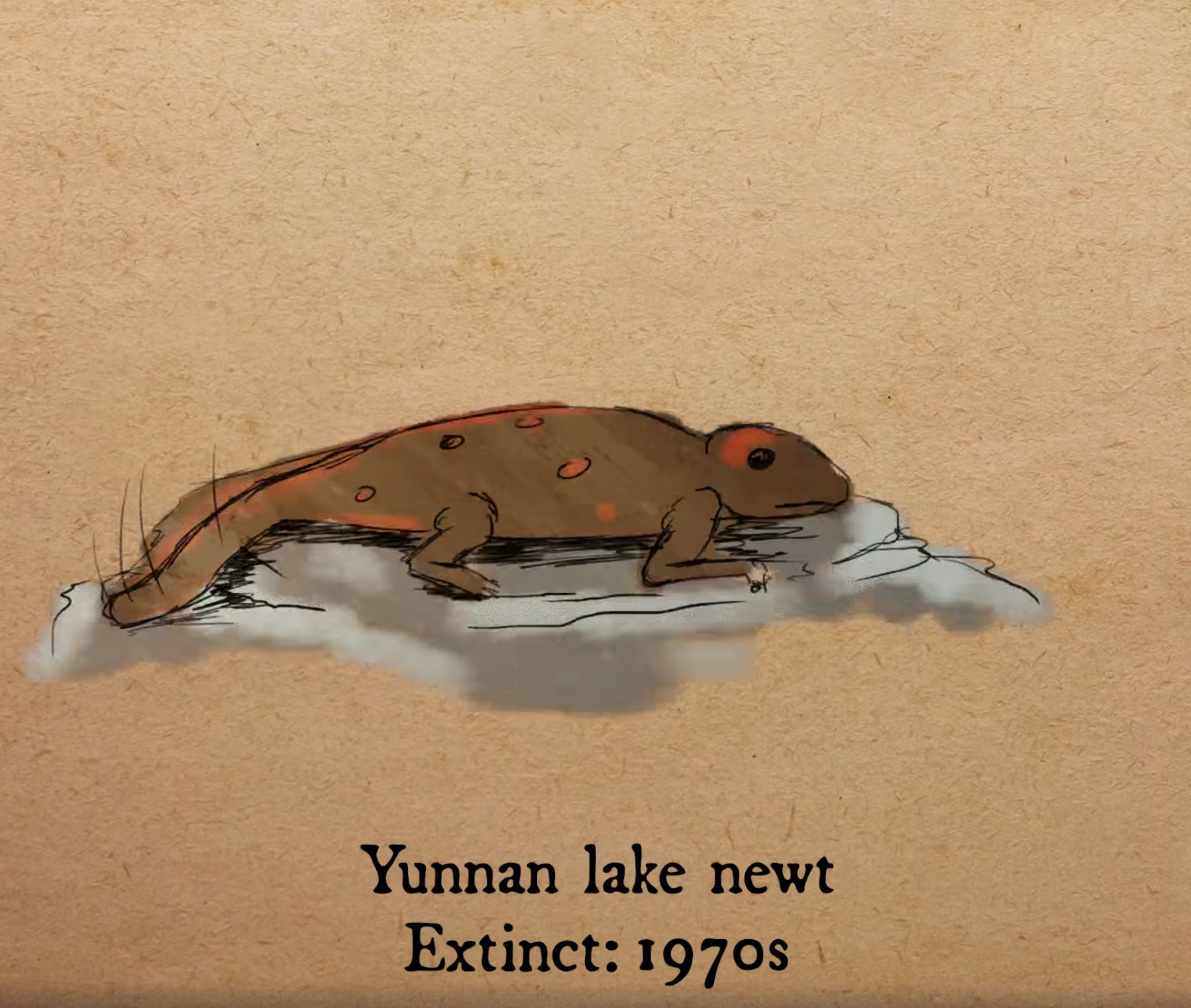 The Yunnan lake newt went extinct because its Kunming Lake habitat in China was destroyed and damaged by pollution, humans creating new land from parts of the lake, duck farming and the introduction of exotic fish and frog species. It was last seen in 1979. 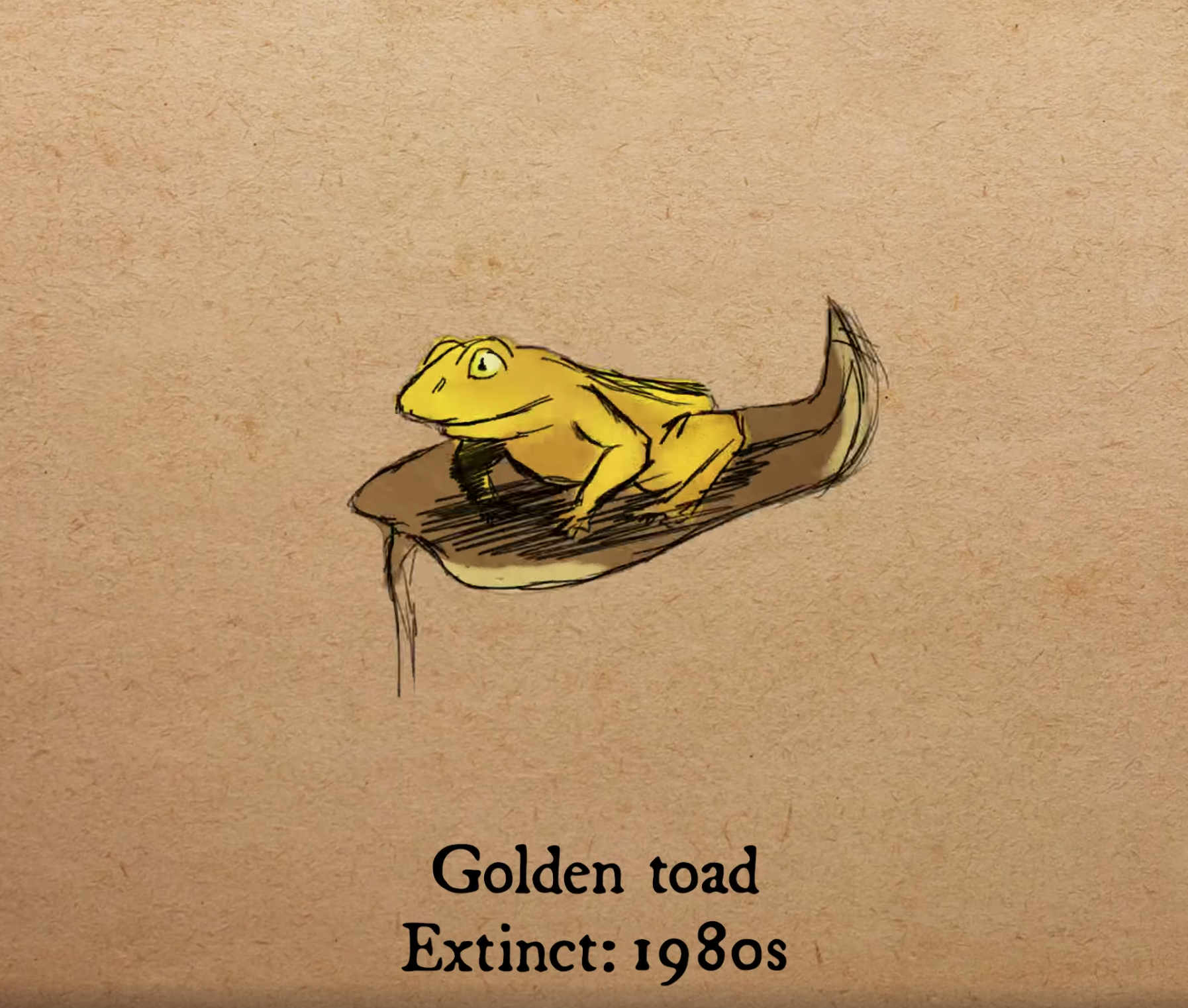 The freshwater Golden toad, from Costa Rica’s cloud forests, went extinct for a number of reasons. According to the IUCN, global warming, an infectious disease, and air pollution all played a part. Formerly a common species, it’s not been seen since 1989. 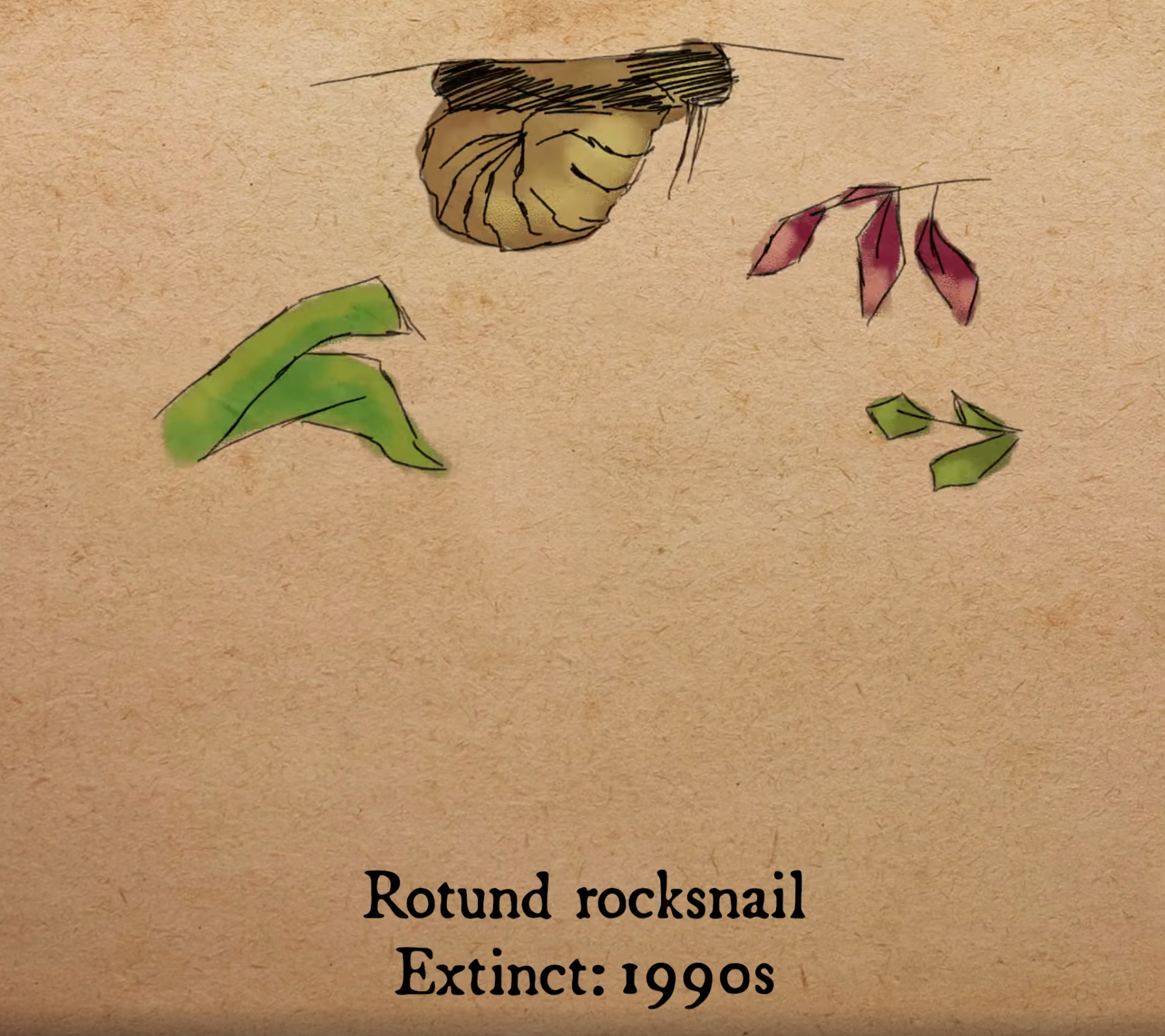 The Rotund rocksnail was once found in the Coosa River in Alabama. It’s not been seen since the river was transformed by seven dams and powerhouses used to generate electricity in the 1990s. 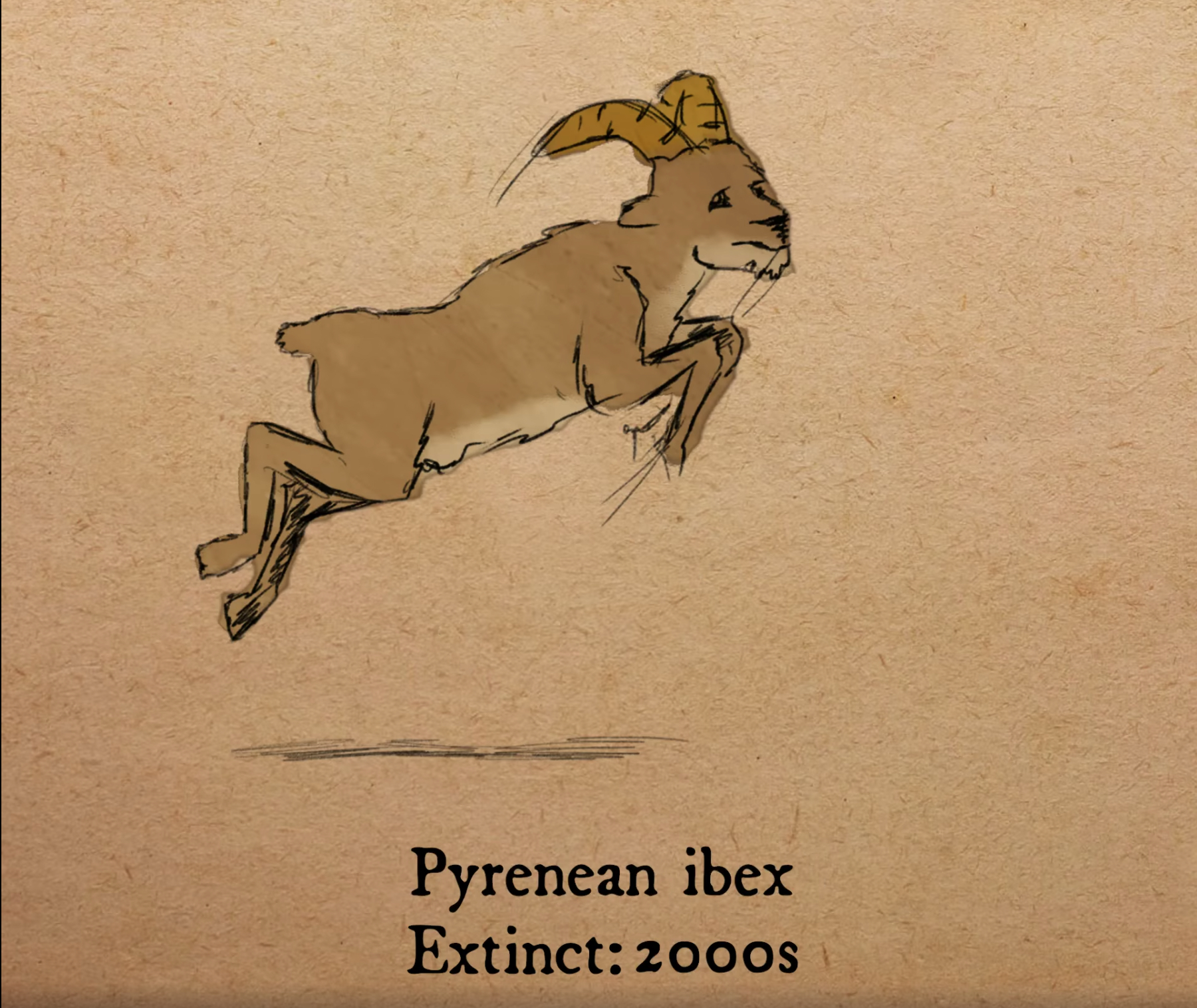 The Pyrenean ibex was a type of goat abundant across the Pyrenees mountains. It declined over two centuries from hunting, disease and inability to compete with other species. The last was a female called Celia, who died in 2000. In a first, it was declared ‘unextinct’ in 2003 when a cloned female ibex was born alive, but died several minutes later from lung defects. 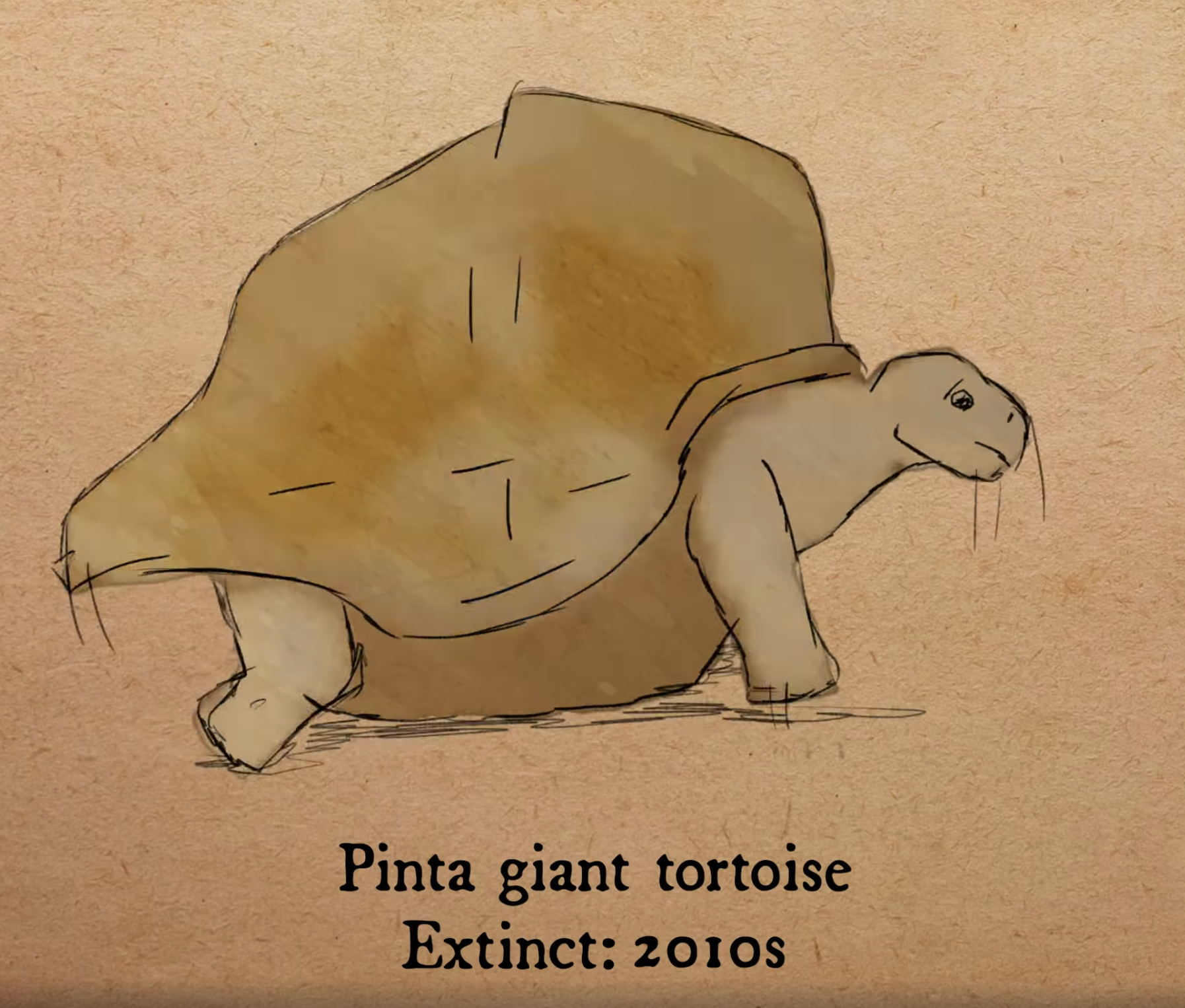 According to the IUCN, the Pinta giant tortoise, a species of Galápagos tortoise native to Ecuador’s Pinta Island, was hunted by nineteenth century mariners for on-board food supplies. Twentieth-century fishers continued hunting the shrinking population. Then goats, introduced by humans to Pinta in 1959, destroyed the tortoises’ habitat. With the death of the last known Pinta Tortoise, Lonesome George (in captivity since 1972), in June 2012, the species went extinct.

The West African black rhinoceros was declared extinct in 2011. According to Scientific American: ‘At the beginning of the 20th century, an estimated one million black rhinoceroses from four different subspecies roamed the savannas of Africa. By 2001 that number had dropped to about 2,300 black rhinos and just three subspecies. Widespread sports hunting in the first decades of the century quickly decimated rhino populations. Industrial agriculture came next, clearing many historic rhino habitats for fields and settlements.’ 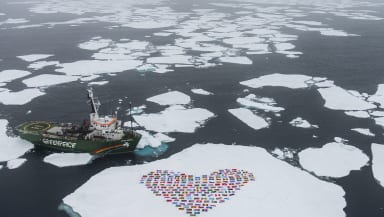 Greenpeace doesn’t take money from companies or governments, so we depend on you for everything we do. Please support us today. 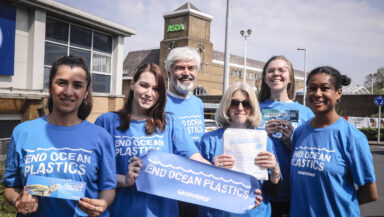 Get involved with a campaign

To change everything, we need everyone. Join a Greenpeace campaign and start making a difference. 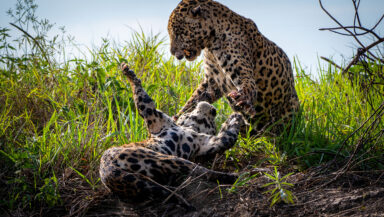 These simple guides explain the world's biggest environmental threats – and how we can solve them together.