Several deals aimed at tackling deforestation were announced at COP26 – most notably, the Declaration On Forests And Land Use, which claims to aim to end deforestation by 2030.

We’re here to break down the good, the bad and the gaping hole in the COP26 forest deal, agriculture and methane agreements – meat reduction.

The bottom line? There won’t be an end to deforestation without cutting meat and dairy consumption.

Key countries like Brazil and Russia, which were absent from a 2014 forests deal, have signed up to the pledge. It includes almost £14 billion in pledged funds including £1.1 billion to protect the world’s second-largest tropical rainforest, the Congo Basin.

But there’s a clear reason Brazilian President Jair Bolsonaro felt comfortable signing on to this new deal: it allows another decade of forest destruction, it isn’t binding, and doesn’t address one of the primary causes of deforestation: industrial meat and dairy production.

The Amazon is already on the brink and can’t survive years more deforestation. Already nearly 20% of the Amazon has been destroyed – and the incredibly important region for the world’s climate is reaching a dangerous tipping point.

As Sônia Guajajara, Executive Coordinator of the Articulation of Indigenous Peoples of Brazil (APIB), has said, businesses involved in deforestation have “the moral responsibility, the influence and the economic resources” to stop working with suppliers contributing to deforestation in the Amazon today, “not in 10 years, not in 2025”.

In short, while the agreement has some big backers behind it, Indigenous Peoples are still being left out, and it may be much too late for such an unfocused, and unenforceable deal.

This deal doesn’t address one of the primary causes of deforestation: meat and dairy consumption.

In our hyper-connected global food system, land in Brazil is deforested – often by fire – to graze cattle and grow soya for pig and chicken feed.

What forests need is the opposite – a real opportunity to be restored, to rebound and thereby help the world in the fight against climate change, by absorbing harmful greenhouse gases from the atmosphere.

But propping up that food system to profit Brazil’s ruling class is President Bolsonaro’s core priority, despite the impact of continuing deforestation on Indigenous Peoples. Or even life on Earth.

And a weak deal like this really does only benefit the very richest and most powerful in Brazil – the industrial agriculture lobby is deep in government, while over 60% of Brazilian households are food insecure.

Less than 24 hours after the forest deal was announced, Boris Johnson was first to undermine it When questioned, the Prime Minister said consumers would be key to holding companies and financial institutions to account on deforestation “even if governments do break the pledges that they’re making”.

Next in line was Indonesia’s Environment and Forestry Minister, Siti Nurbaya Bakar, who released a statement on social media in which she said “forcing Indonesia to zero deforestation in 2030 is clearly inappropriate and unfair.”

Brazilian senators delivered another blow to the deal when delivering a press conference where they suggested Brazil would only work to tackle illegal deforestation. The reality is that it’s extremely difficult to differentiate between illegal and legal deforestation in Brazil. Right now, the Bolsonaro government is pushing through a suite of legislation that would make more ‘illegal’ deforestation legal, relax environmental protections and fundamentally undermine Indigenous Peoples’ rights to their land.

In addition to backtracking on the forests deal, Brazil released data just days after COP26 concluded showing that deforestation in the Amazon has hit its highest level in over 15 years. The figures presented by the Brazilian government were dated the 27th October, which implies the government intentionally held the data until the conclusion of the climate conference.

Flip-flopping from governments and corporations got us into this mess – we need accountability and action behind these pledges to get us out of it.

Can anything good come out of this deal?

The short answer: there’s more work to be done, particularly from countries in the Global North. The deal as it stands doesn’t address the elephant, or more accurately, the dairy cow in the room.

Governments will still need to reduce meat and dairy consumption at home. We can’t stop deforestation by 2030 without a reduction in global meat consumption.

In addition to the lack of meat reduction pledges, intermediary targets and monitoring mechanisms to hold all parties accountable will help ensure this deal doesn’t fail like the 2014 deal before it. Without accountability, this deal will almost certainly fail.

Until we dismantle the systems of injustice behind our current food system, corporations will continue to wreak havoc on forests, people and the planet.

And what about the methane and agriculture agreements?

This COP largely failed to address agriculture and food systems even though around a third global emissions come from agricultural land use, in large part from meat and dairy production.

A global methane deal was announced by the US and the EU at COP26 which aimed to limit methane emissions by 30% compared with 2020 levels. Although it seemed promising, a methane pledge that doesn’t include reducing emissions from industrial meat and dairy at source is not only a missed opportunity, but could even incentivise more forest, nature and health-wrecking factory farming – for example, to produce biogas from manure.

As world leaders signed on to the methane agreement, 10 agricultural companies were signing their own “statement” promising to halt forest loss. With major companies like JBS, Cargill and Bunge listed as signatories, the statement may have seemed like progress, but it’s important to remember these companies have a litany of broken promises, some dating back more than a decade. They have made endless commitments with little or no substance while they continue wrecking forests and destroying the lives and livelihoods of Indigenous Peoples for profit.

Later on during COP, we saw another flurry of workshops, negotiations and announcements from government and private initiatives pertaining to the impact of agriculture on our natural world. But the focus on technological fixes, and the fact that governments have pushed many decisions around agriculture into future negotiations, means that the real winners at the moment are still the industrial agriculture industry who want nothing more than to maintain business as usual.

We don’t have time for more empty pledges. Either agricultural companies fundamentally change their business model, or they need to get out of the way. The industrial meat industry, like its counterpart in the fossil fuel sector, needs to come to an end.

The simple truth: the COP26 deforestation, agriculture and methane agreements need to deal with meat and dairy

World leaders can’t make an agreement to “end deforestation by 2030” without a clear plan to cut down on industrial meat and dairy production.

In the UK, we eat twice as much meat – and three times more dairy – than the global average. Scientists say we must more than halve our consumption of meat and dairy by 2030 to prevent climate breakdown.

But this also means that the UK has a powerful say in whether the COP26 Forest Deal will ultimately be a success in the fight against climate change. Vitally important forests and ecosystems like the Amazon are being destroyed for livestock and animal feed. Putting an end to industrial meat and dairy and reducing our meat and dairy consumption here is the emergency brake; we need to pull it now. 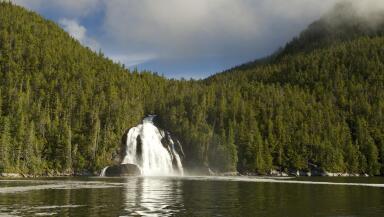 Forests are often called the 'lungs of the world', and they're a key part of the fight against climate change. Here's what you need to know about these amazing ecosystems.

What happened at COP26?

The good, the bad, and the blah blah blah...