If you’ve been out on foot recently, you might have found yourself wishing you had a bit more space.

Most pavements in our towns and cities are too narrow for people to pass each other while staying two metres apart, and all too often you’re often forced to step into the road – or hold your breath and take your chances.

But the challenges of social distancing don’t end at the kerb. With public transport now off-limits to most people, many are using bikes to get around – from doctors getting to their shifts in hospitals, to families going out to exercise. But for less confident cyclists, even the relatively quiet city streets of the lockdown era can feel intimidating – especially with the recent outbreak of “extreme speeding”.

Now, more than ever, people need to be able to walk and ride in safety. And these sudden changes are shedding new light on an old problem: when you design a place around cars, it doesn’t leave much space for anything else.

After a slow start, city leaders around the world are picking up on this, and taking steps to fix it. And as transport chiefs from London to Lima rearrange the streets to help with social distancing, they might find they’ve changed them for the better.

How coronavirus is changing our cities

For streets to work well in the age of coronavirus, there are two main things you need: more space to walk, and more space to safely ride a bike.

When you’re in a rush, it’s surprisingly quick and easy to make these things happen using the tools of “tactical urbanism” – using simple methods and low-cost materials to make quick, easily-reversible improvements to an urban environment.

In normal times, pedestrians are often penned in on the road side by a line of parked cars. Take the cars away and put up some simple barriers and you’ve doubled the space, making it safer for everyone.

Busy shopping streets have been first in line for the pavement-widening treatment, making it safer to pass by while shoppers queue outside.

Pavements in the busy shopping areas of King Street and Uxbridge Road are to be temporarily widened to help with social distancing. Installation will begin tomorrow and the measures fully in place by Friday.

In some places, shop owners and citizens have even taken matters into their own hands.

Bit of tactical urbanism this weekend to help people safely keep 2m when queuing outside one of my local Tescos (Hackney Road) where the pavement is too narrow. Would be great to see more of this to keep people safe. Where else needs this? @TowerHamletsNow #StreetsForPeople pic.twitter.com/p6FKqdGosR

Meanwhile, Barcelona is getting rid of parking spaces to make way for 12km of emergency pavements, as well as new bike paths and improved bus lanes.

Berlin is one of a number of other cities creating pop-up bike lanes using temporary paint and plastic “wands”.  Budapest has already started rolling out new cycleways, and Bogotá’s network of bike-friendly roads appeared literally overnight.

Close the road to open the street

Some places have gone for a simpler and bolder approach: just don’t let cars through at all.

In Brighton, and cities across the USA, city authorities are putting selected streets off limits to nearly all motor traffic, only allowing access for deliveries, emergency services and other essential trips.

The difference it makes is incredible.

Restricting car traffic like this is often described as “closing the road”, but in practice it feels more like the space is opening up. And for people who don’t have their own garden or a park nearby, a car-free street could make lockdown (and life afterwards!) so much better.

Without a constant stream of traffic, neighbours can talk to each other, friendships can flourish and children can play in the street without fear. Streets without cars are many things, but they’re definitely not closed. 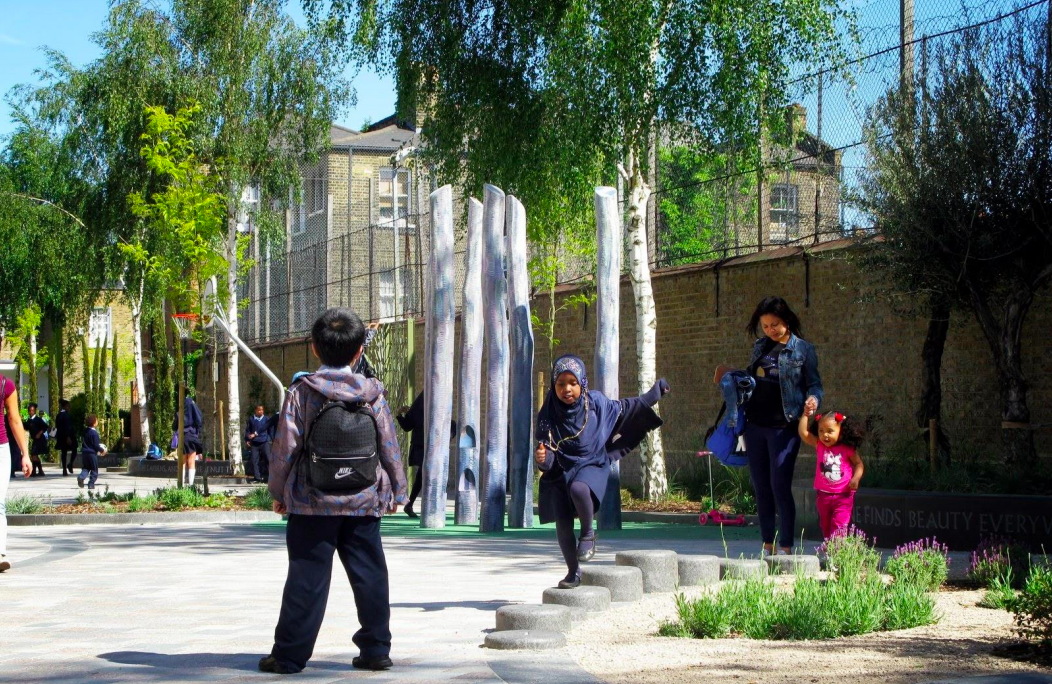 Van Gogh Walk in south London turned its road space into a community garden and play area. This scheme happened long before the pandemic, but it’s a powerful example of what’s possible. Photo: Elaine Kramer

Like anything that’s hastily thrown together in an emergency, these temporary schemes aren’t exactly beautiful. But these humble paint-and-plastic beginnings show us a way to transform our cities for the better.

Amid the awful impacts of coronavirus on our health and economy, lots of people have come to appreciate the peace and freedom that comes with having fewer cars around. We don’t have to give that up, but we’ll need to make a choice to do things differently.

Cities are not loud. Cars are loud.

After lockdown, we’ll need these changes more than ever

As lockdowns ease, city councils will come under pressure to reverse these changes and put the roads back to their pre-pandemic layout. They should say no.

When workplaces start to reopen, an understandable fear of crowded spaces might keep people away from public transport, especially at first. And if they don’t have safe and pleasant alternatives, many will choose to drive instead, making congestion, air pollution and climate change even worse than they were before.

Data from Wuhan in China, where the lockdown has been relaxed, is already showing a spike in car sales, but we can avoid this by improving and expanding these new walking and cycling networks both now and after lockdown.

Thankfully, some cities are making moves in this direction, and new examples are springing up every day. Paris has pledged to create 650km of post-lockdown cycleways, and Manchester council leaders plan to open up key streets in the city centre to walking and biking.

Meanwhile Milan – one of the cities hardest hit by coronavirus – will permanently turn 35km of its streets over to cyclists and pedestrians. Back in the UK, Lambeth’s lockdown transport plan explicitly aims at “avoiding a return to pre-existing motor traffic levels” with low-traffic neighbourhoods that close off whole blocks of residential streets to through-traffic.

What about people who need cars?

In some cases, tackling this might mean expanding those options with new systems and services (electric-powered, child-friendly cargo bikes anyone?); but these solutions still won’t fit everyone, and that’s ok. The key is to design our towns and cities so that as many people as possible don’t need a car for their day-to-day life.

The other public health crisis

The truth is that private cars have always been terrible for cities. Decades of car-centric thinking led many to see traffic as an unchangeable force of nature, and desensitized people to the daily violence and chaos that cars bring to our streets.

A new study has revealed that cleaner air due to lockdown has led to 11,000 fewer deaths in Europe.

"What if we had this sort of air quality not because everyone is forced to sit at home but because we managed the shift to clean transport and energy?"https://t.co/7LFPlhICUo

If we don’t want to go back to that, the leaders of our towns and cities need to follow Paris, Barcelona and Milan in planning for something better.

Here in the UK, there are a few things leaders can do straight away to get started:

Which UK cities and governments are changing their streets during/after lockdown?

Researcher Tab Combes is compiling a list of every place that’s making walking and cycling-related improvements to help with social distancing, and the UK examples are listed below. If you don’t see the place you live here, get in touch with your local council and tell them you want more space to walk and cycle. 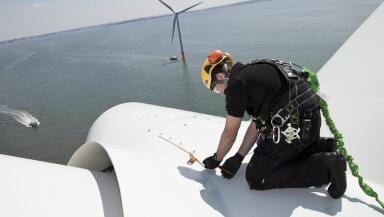