Taking non violent direct action is an important part of how Greenpeace achieves change. From climbing a power station to performing a concert in a museum, direct action can take many forms! Here are six actions to give a flavour of what they can look like.

A crew of Greenpeace activists set out to stop a BP oil rig setting out drill a new well in the North Sea.

Occupying a platform on the side of the rig, the climbers had enough supplies for several days. But with some sneaky re-supplying from the Greenpeace ship Arctic Sunrise, they stayed in place for two full weeks.

Greenpeace climbers and boat drivers were arrested and went to court in Scotland, where they received community service sentences.

Activists accompanied by real doctors shut down Volkswagen’s head office. They transformed it into a doctors surgery, offering real tests to the car company’s staff.

Activists dressed as patients chained themselves in front of the doors for several hours. They were arrested and charged with aggravated trespass.

On July 2019, activists interrupted chancellor Philip Hammond as he gave a speech to the UK’s top city bosses.

Moments ago, activists gate-crashed @PhilipHammondUK’s #MansionHouse address. They drowned out his speech with #ClimateEmergency alarms and a new speech fit for the urgency of the crisis. Watch and share: pic.twitter.com/pI0dJVliJk

The activists read their own climate emergency speech and disrupted the dinner on live television. Nobody was arrested.

September 2019 • Save the Amazon campaign

Activist performers dressed as spider monkeys and their minders communicated with Burger King customers outside their flagship restaurant in London’s Leicester Square.

Brazil’s forests are being destroyed for meat and animal feed and the company needs to take a stand.

They're staying silent whilst the Amazon is being torched. Ask Burger King to speak up.
>> https://t.co/PvgxPcKSbo pic.twitter.com/vQKyjQRXjR

Burger King buys huge quantities of meat and soya from Brazil, where farmers are deliberately burning the Amazon Rainforest to make way for more ranches and plantations.

Climbers unfurled a giant banner calling on Burger King to stop ‘flame grilling’ the Amazon, artists down below created a chalk mural where members of the public were encouraged to write a message to Burger King.

Bringing a carnival to an oil company meeting

French oil company Total were planning a risky new drilling operation near the beautiful Amazon Reef off the coast of Brazil. Over 200 activists from around the world invaded Total’s Annual General Meeting in Paris, turning it into a Brazilian-style carnival, and alerting shareholders to the dangers of Total’s plan. 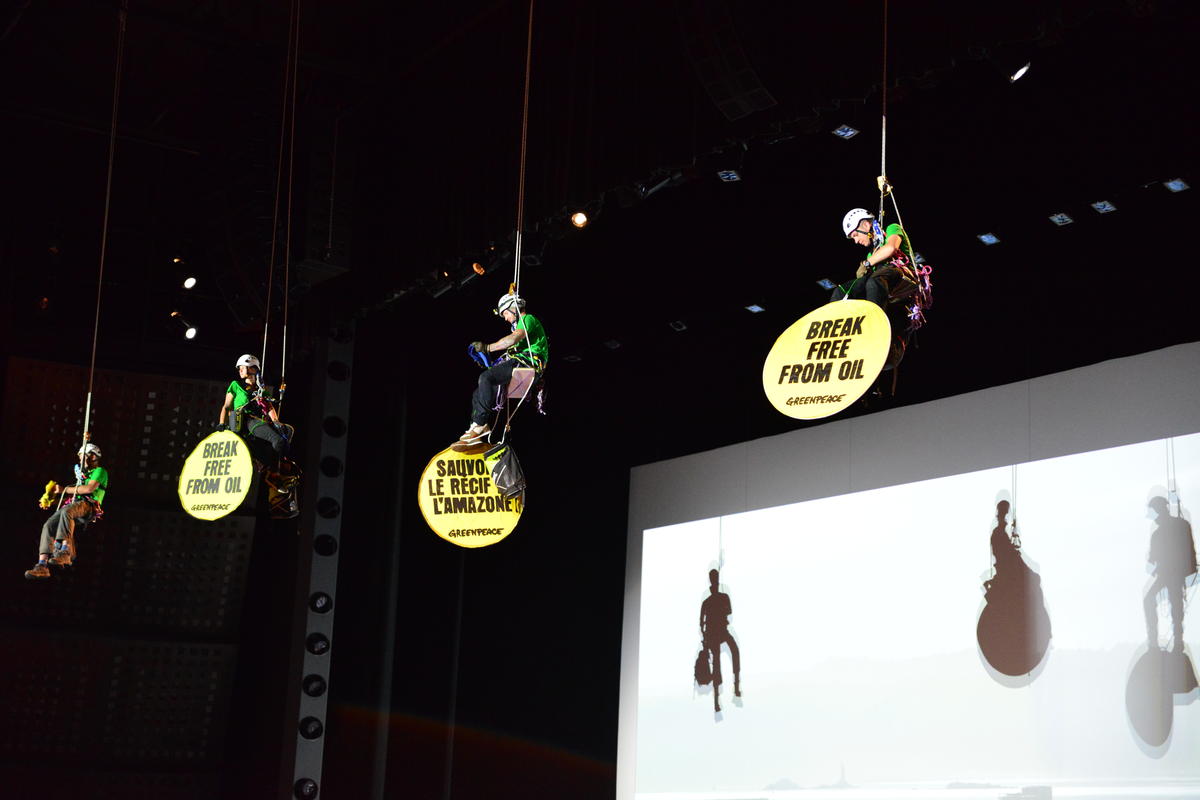 Climbers (who’d been hiding in the conference centre roof before the meeting) dropped giant banners from the ceiling, while a colourful, hundred-strong samba band started playing on the conference floor. Outside, more climbers placed banners around the entrance, while volunteers gave out leaflets to passers-by.

After two years of campaigning, Brazilian authorities eventually denied Total a license to drill in the area.

In the small hours of the morning, a huge team of activists arrived at BP’s London HQ carrying five large metal boxes. Each box contained two activists and enough food to last for seven days.

They placed the boxes in front of all the doors, and more activists climbed on top while others blocked access to the boxes by attaching to each other with lock-on arm tubes.

What a climber sees from the roof of @BP_plc’s head office in London. We’ve shutdown the office because BP needs to help solve the #ClimateEmergency, not fuel it with more oil and gas #BPShutdown pic.twitter.com/h4O4t6TWuc

After eight hours, the activists on top of the boxes left the scene without being arrested. Several hours later the police cut open the boxes to remove and arrest the activists inside.

Climbers also scaled the front of the office to deploy a banner with the words ‘climate emergency’. The police made them leave earlier than planned, but they still avoided arrest. 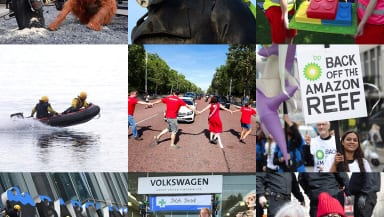 Volunteer to take direct action Non-violent direct action – or NVDA – is the beating heart of Greenpeace. People who take action are preventing damage to the environment and disrupting business-as-usual. It’s a big decision to volunteer, but anyone can stand up for change. 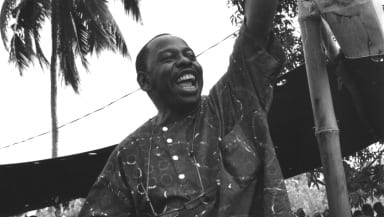 It's time to celebrate celebrating the invaluable contribution of black people to the global movement for environmental justice. Here are three powerful acts of protest against environmental destruction by black activists. 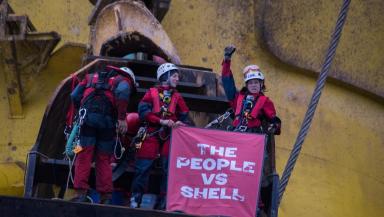 Greenpeace investigates, documents and exposes the causes of environmental destruction. We work to bring about change by lobbying, consumer pressure and mobilising members of the general public. And we take peaceful direct action to protect our Earth and promote solutions for a green and peaceful future.