Listen to this article read aloud by the author.

We all have the right to travel, but millions of people across the UK are cut off from work, education, healthcare, food shopping, or leisure by our unfair transport system.

This situation worsens some of the massive inequalities that already exist in society, and drives climate change. Here are seven ways the UK’s transport system is unfair:

1. The government has made us seriously dependent on cars

The UK is one of the most car-dependent countries in Europe, and not by choice. Over the years, the government has forced us into cars by prioritising investment in new roads and making driving cheaper over providing good public transport. This means our public transport system – especially outside of major cities – is a shambles.

Many hospitals, schools and shops are impossible to reach without a car, and 40% of jobseekers say poor transport stops them from getting work.

The impacts of car dependency don’t fall evenly. While 78% of households have a car, one in five men and one in three women don’t drive. This means men are more likely to drive than women, and so the burden of our car dependent society falls more heavily on women.

Also, the more we earn, the more likely we are to own a car (or several). That means poorer people are worse affected by our broken transport system. Those who don’t drive or cannot afford to, find themselves increasingly trapped in a world built around cars.

2. Public transport is failing us

Bus, tube and train services have been underfunded for decades and are often overpriced, delayed or just nonexistent. Almost £400 million has been cut from local bus funding in the last decade alone, and rail fares in the UK are some of the most expensive in Europe.

People outside big cities suffer the most from poor public transport and can end up feeling socially isolated. Only half of rural households are within 13 minutes walk of a bus stop with at least hourly service, compared to 96% of urban households.

With passenger numbers falling during the pandemic, bus and train services across the country are being cut to save money. For example, residents in Basingstoke are worried about getting home safely now that bus services have been cut, and heaps of routes have been affected due to massive cuts to East Midlands train services.

3. People in poorer areas are more likely to die on the roads

Also, the highest levels of air pollution are found in the poorest neighbourhoods. As a result, people in these areas are more likely to suffer – and die – from heart disease, asthma, cancers, and other health problems. 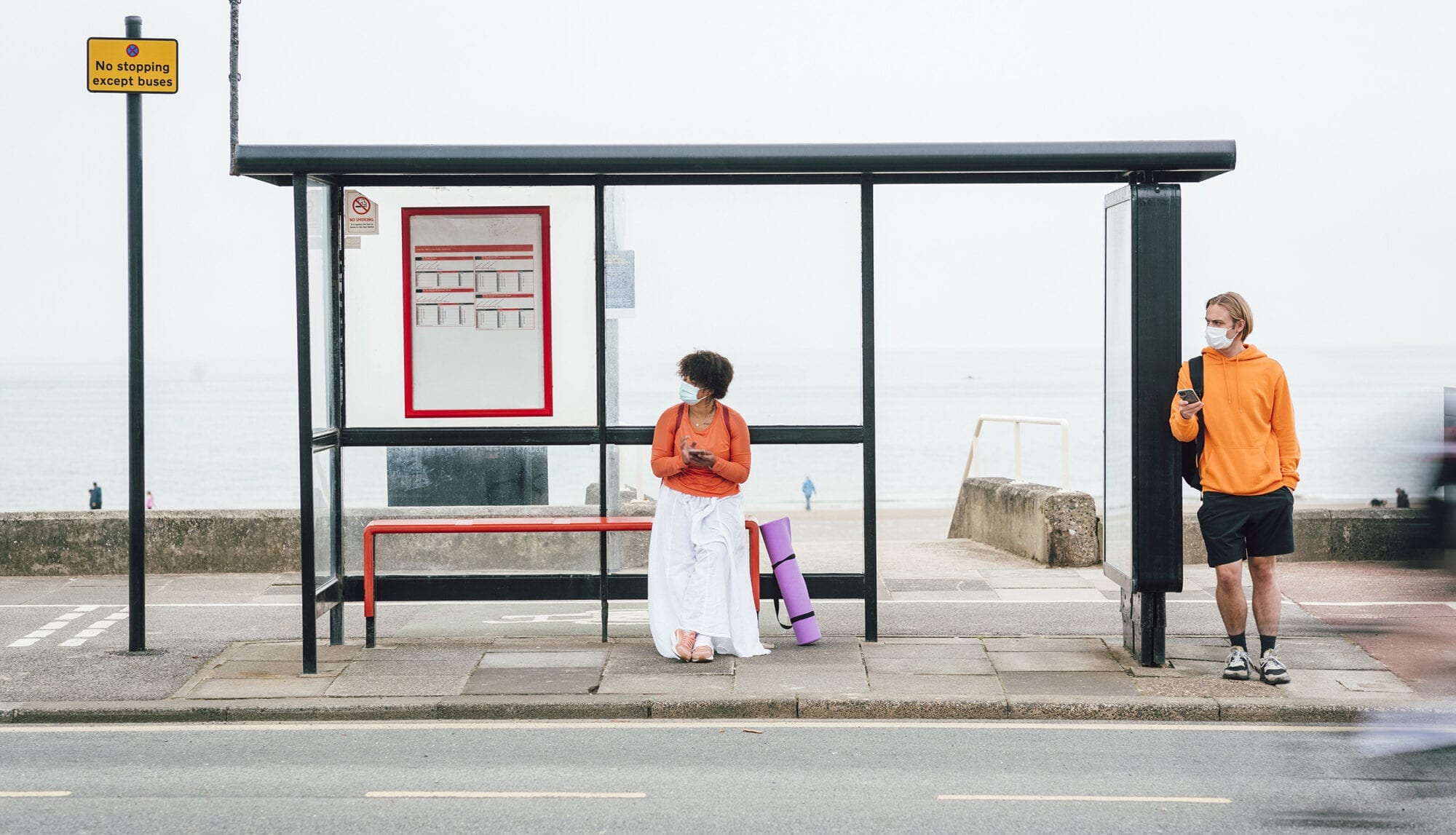 4. People of colour often have the worst transport options

Communities of colour are more dependent on public transport, yet they’re more likely to have problems using it.

Research from the DfT shows that almost a quarter of young people of colour face harassment on public transport due to their colour, race, or religion, and one respondent in a recent Channel 5 study said that ‘people don’t want to sit next to you on public transport.’

In cities, people of colour are also more likely to live near busy streets and suffer the health impacts of air and noise pollution. For example in London, black communities are more likely to breathe in toxic air than Asian and white ones.

Disabled public transport users report inaccessible services, poor customer service (including abuse), negative attitudes from other passengers, and a lack of up-to-date information. It’s even worse right now as people with hidden disabilities are shamed for not wearing masks.

Shamefully, 55% of trains in Great Britain have not been built to modern access standards, and 41% percent of stations don’t have step-free access to all platforms. As a result, disabled people are restricted in their social lives, their choice of work, and in access to education and healthcare, thanks to our unfair transport system.

6. Road danger robs children and older people of their freedom

Road traffic stops children from travelling alone. In a study by road safety charity Brake, 60% of children felt the roads around their homes were dangerous, and it’s no surprise – the most common cause of death for children aged 5-14 years old is being hit by a car.

Parents are afraid to let their kids travel independently, and our transport system just isn’t designed with young people in mind.

How Children Lost the Right to Roam in Just 4 Generations: https://t.co/RS3gHHvQfW pic.twitter.com/5d25OdHxch

It’s a similar situation for older people. Traffic is a major barrier and older people are disproportionately at risk on the road. People over 60 are seven times more likely to be killed if hit by a car at 30mph, and 35% of all pedestrians killed on the roads are over the age of 70. Older people are also more reliant on public transport but face endless obstacles – personal safety, unreliable service, fear of falling over and other health-related concerns, and are often reluctant to ask friends and family for help.

7. Future generations will suffer even more from our car dependence

Taken together, cars, vans and lorries are the UK’s largest source of climate-changing greenhouse gases. Children and young people are likely to suffer the worst impacts of climate change – even though they’ve contributed the least to it.

Despite the youth-led climate strikes across the UK and the introduction of new student activist groups, the government still isn’t taking the climate emergency seriously.

We need a fairer transport system

The way we get around affects others, and it’s time the government encouraged people to use their cars less, by investing massively in public transport and cycling, walking, and other sustainable methods of travel. Building more roads won’t solve the UK’s problem with car dependency – but only make it worse, especially for people who are already being let down by our transport system.

This article draws heavily on the Sustainable Development Commission report Fairness in a car dependent society.