Inspired by school strikers, millions of people will be out on the streets around the world on Friday 20 September to demand action on climate change from their leaders. Here’s why you should get involved – and how to join in.

What’s this all about?

Young people have been going on strike from school on Fridays since Swedish teenager Greta Thunberg began her “School Strike for Climate” in August 2018. School children across the world then followed her lead, with monthly protests in the UK beginning in February 2019.

They argue that they’d rather be at school – but that there’s no point studying for a future under threat from climate change. They’ve done their homework, and the science is clear: this a climate emergency.

The idea of the Global Climate Strike is for as many people as possible to take the day off work on Friday 20 September to protest for climate action in solidarity with the school strikers. Young people will be out in force, and everyone else should be too. 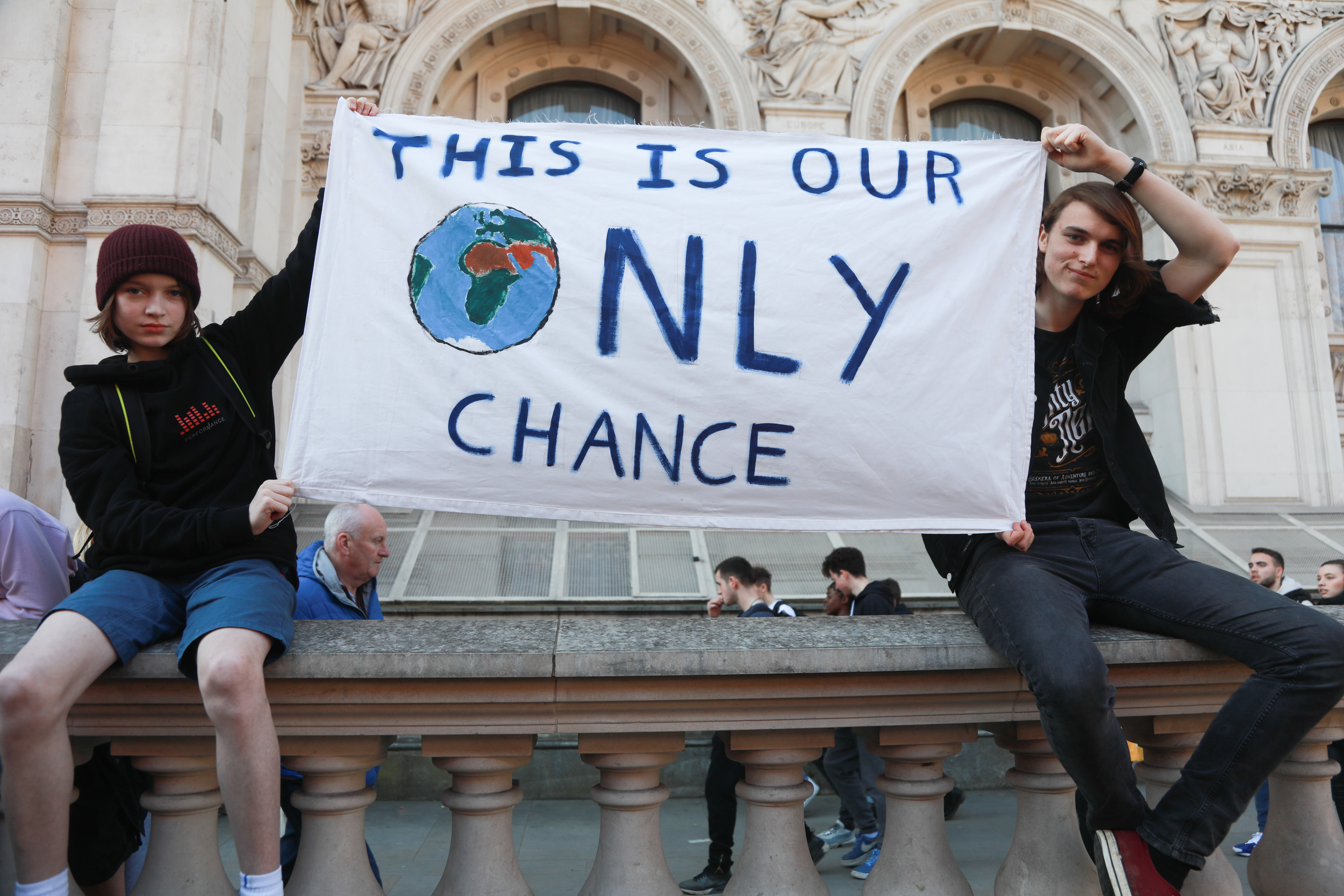 London’s school children go on strike and take to the streets to protest about climate change.

Why should I care?

Young people are really leading the charge on this one, and with good reason. The planet is set to warm by between 3C and 4C by 2100, with massive ramifications for everyone’s quality of life. As the next generation, their futures hang in the balance.

Whether you have children yourself, plan to, or neither, you probably agree that it would be ideal if the planet doesn’t go up in a ball of flames. Everyone should care.

Last year, one estimate suggested humans only had 12 years left to make the changes required. Then another estimate said it was more like 18 months.

As the video below confirms, it’s important to lobby our government into making big, bold changes at the highest levels of our society. Individual tweaks to lifestyles aren’t going to cut it anymore. Mass action, which will make our leaders act, is required right now.

And with an election looming in the UK particularly, adults have a unique opportunity on Friday 20 September: to tell the UK government that we all want radical action to save our planet.

Sold! What do I do next?

Here are five easy steps to becoming a climate striker:

1 – Find a strike near you. There are over 150 strikes happening across the UK, meaning finding one to join should be easy enough.

And if there isn’t one near you – you can set one up! Full, step-by-step instructions are available on the UK Student Climate Network website. And here’s how to get the word out in your workplace or community.

2 – Tell your workmates, managers and employers about the strike, to build support in your company or organisation. You might be surprised how many people are keen to help publicise it, and strike with you.

3 – Tell your employer that you plan to be at the strike. Depending on your workplace, you have a few options. Firstly, tell them you will be taking the Friday 20 September off, and ask them to support your decision and the strike more generally. (Strikes are unpaid work days, so they’ll even save some money!)

4 – If your employer really isn’t on board, remind them that there is no [insert your product/service or business/organisation type here] as usual in a climate emergency, and request some paid leave. If you can’t spare the time off, even going to the strike for half an hour on your lunchbreak is still brilliant.

5 – Whatever you can or can’t do in person on Friday 20 September, you can still show up for the climate strikers by publicising the strike online. Download resources to share online on the UK Student Climate Network website.

Every act will bring this movement closer to getting the UK government to really do something about the climate emergency.