This week the government’s ban on the manufacturing of microbeads in rinse-off cosmetic and personal care products comes into place. This ban will ensure that items such as toothpastes, shower gels and facial scrubs can no longer be manufactured using microbeads. Later in the year, the ban will include the sales of microbeads in these products. The announcement is a great first step in tackling the up to 12 million tonnes of plastic that enter our ocean every year where they become a hazard for marine wildlife and make their way up the food chain and onto our dinner plates. It’s the culmination of two years of hard work campaigning as a coalition with Fauna and Flora International, Marine Conservation Society and the Environmental Investigation Agency. It’s also a massive win for the 350,000 of you who signed our petition calling for a ban on microbeads – the biggest environmental petition that the government has ever received!

We can all be proud of the amazing work that we’ve done to bring in this world leading legislation. It’s important to note that there is still more work that needs to be done. Some products classified as “leave on” are not subject to this latest ban. These would include lotions, sun cream and makeup. Abrasive cleaning products are also not covered by this ban. But the good news is that the government has acknowledged that the ban needs to go further and are in the early stages of looking into the possibility of expanding the ban.

We also have to look beyond microbeads at other sources of plastic pollution like plastic bottles. Every day 16 million plastic bottles in the UK end up in our environment. Plastic bottles are one of the most commonly found items on the ocean’s surface and during beach cleans. We know that initiatives like a deposit return scheme (DRS) – where you a pay a little bit extra when you purchase a bottle and have the money refunded to you when you return it for recycling – can help dramatically increase the amount of bottles recycled. DRS has been used in many countries around the world and have been credited with increasing bottle collection rates to over 90%.

Scotland have already signalled that they want to introduce a deposit return scheme. We need to have a similar system implemented across the UK. The Environment Audit Committee has recommended the introduction of a UK wide scheme. We just need to show that there is widespread support for DRS to encourage the government to pass legislation. We did it for microbeads. Now let’s do it for plastic bottles! 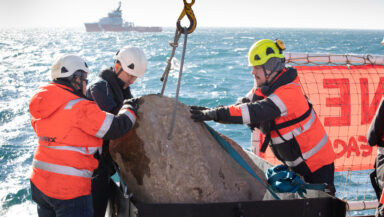