The government will be making decisions about the future of North Sea oil and gas over the next month.

So Greenpeace activists took to the streets of Westminster to send a message to the energy minister, Anne-Marie Trevelyan, to stop granting new oil and gas licences and kickstart a green jobs revolution. 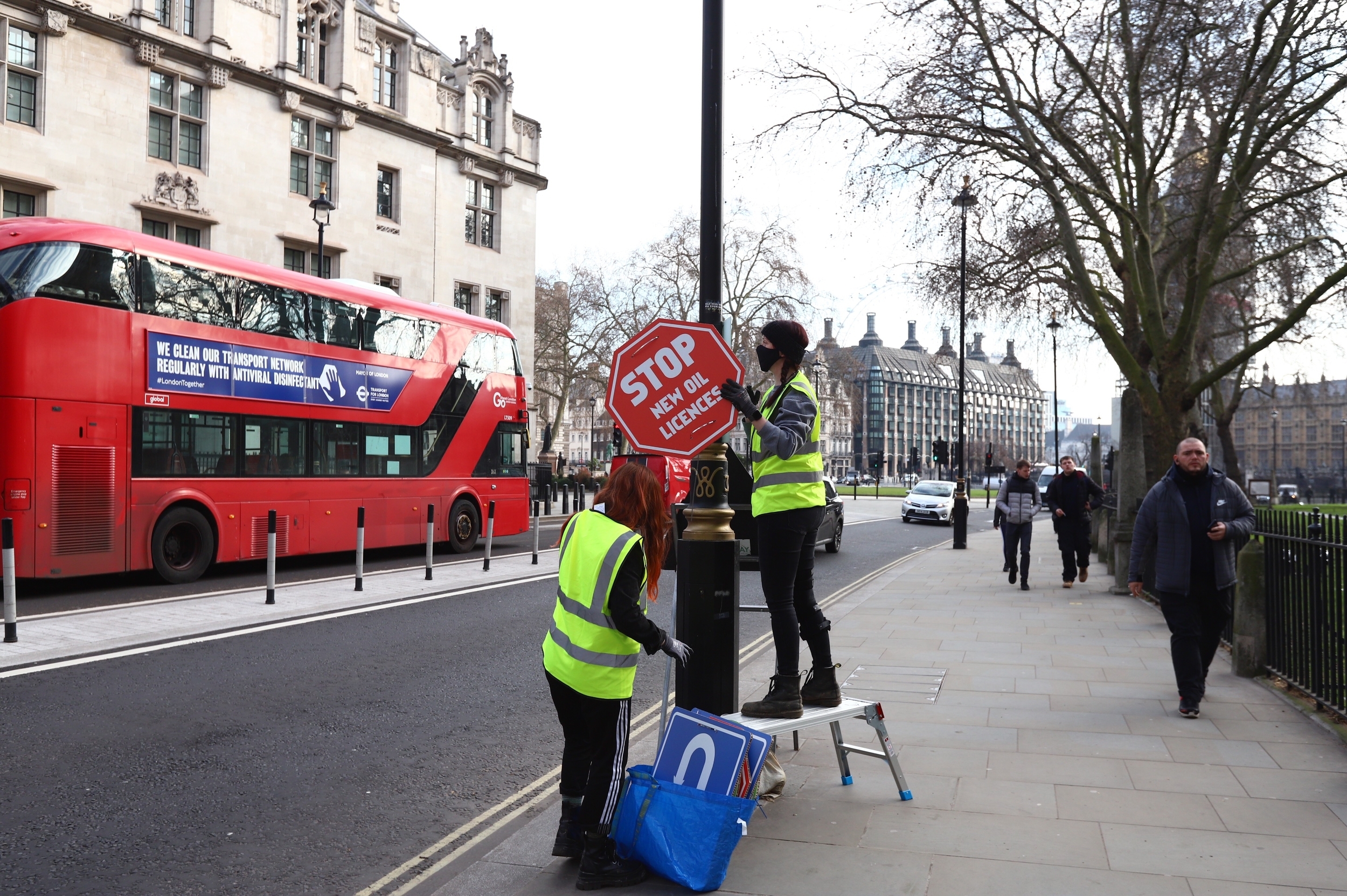 Their message was clear: to get out of the climate crisis, this government must stop issuing new oil and gas licences.

They also have a responsibility to protect oil and gas workers who have helped power the UK for over two generations.

The government can do this by investing in renewable energy and retraining workers in the coastal communities which have long relied on the oil industry. 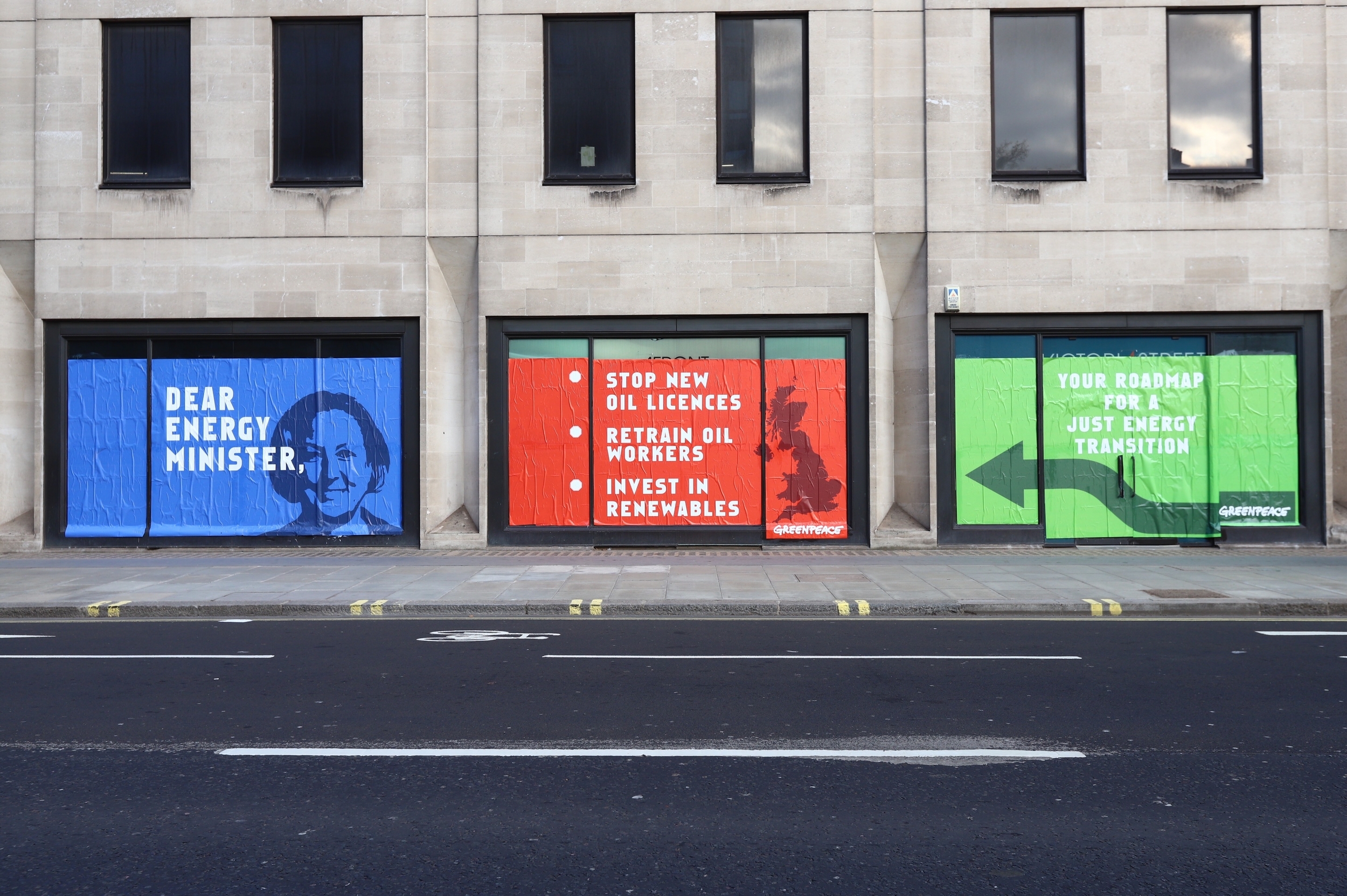 Posters opposite the BEIS department, calling on the Energy Minister Anne-Marie Trevelyan to stop new licences for oil and gas extraction in UK waters, retrain oil workers and back a smooth transition to renewables. Any future licences would not be aligned with the Paris Agreement. © Luca Marino / Greenpeace

The UK already has more oil and gas than we can afford to burn to stay within climate limits.

But it needs to do more than that. Oil workers and their communities deserve a just transition away from fossil fuels.

This means investing in renewable energy to create new, secure jobs, and then supporting oil and gas workers to retrain. 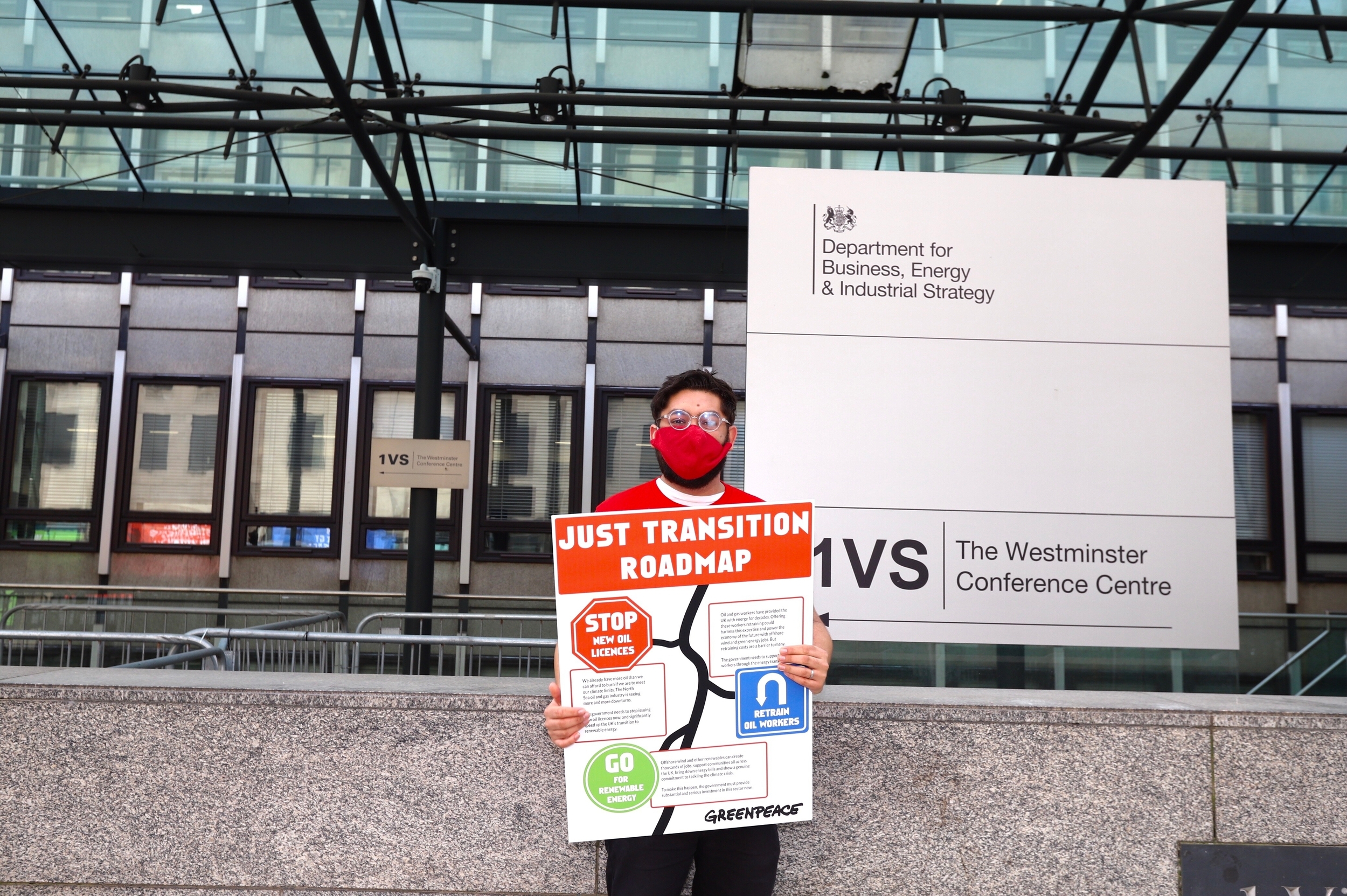 Greenpeace UK activist with a just transition roadmap poster, outside BEIS, calling on the energy minister Anne-Marie Trevelyan to stop new licences for oil and gas extraction in UK waters, retrain oil workers and back a smooth transition to renewables. © Luca Marino / Greenpeace

2021 is a year for the government to show climate leadership

This year the UK is hosting major climate talks and inviting leaders from around the world to ramp up action to tackle the climate crisis.

The government will make a fool of itself in the run-up to hosting the COP26 global climate talks if its energy minister signs off on new oil and gas licences that serve to rip up the Paris climate agreement.

The UK is surrounded by countries that are starting to overtake it on climate action. In order to show real climate leadership, the UK government must now stop issuing new oil and gas licences and start to plan for a just energy transition.

Tell the government: Commit to no new oil in the North Sea and support oil workers and communities in the transition towards renewable energy.”

Our climate is breaking down. Rising temperatures threaten our livelihoods, water, food and health. These photos show how high the stakes are. 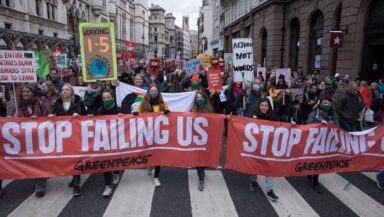 All the best signs from this weekend's climate marches

Creating a good protest sign is an art form, and these climate marchers nailed it. 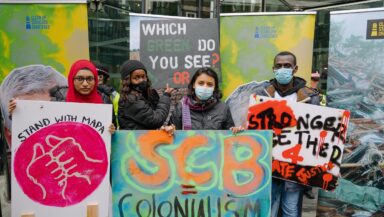 Not voiceless, but unheard – meet the youth activists who went to COP26 on the Rainbow Warrior

When it comes to climate change, those with the most to lose often have to fight the hardest to be heard. On the eve of COP26, we spoke to activists from some of the world’s most climate-vulnerable countries about the struggles they’ve faced to get to the UK, and their determination to make it count.