It’s been a full year of campaigning to end forest destruction for dirty palm oil. After Greenpeace exposed how Wilmar was still buying palm oil from rainforest destroyers and selling this dirty palm oil to brands all over the world, people took action.

Thanks to over 1.3 million people who called on the biggest global brands to drop rainforest destroyers – we have been able to move the world’s largest palm oil trader, Wilmar to action. Wilmar has now launched a groundbreaking plan to map and monitor its suppliers and stop buying from forest destroyers!

If Wilmar sticks to its word, forest destroyers will have nowhere to hide. This could change the entire industry as other traders will be under pressure to do the same.

Activists and supporters confronted  one of Wilmar’s biggest customers: snack food giant Mondelez, the makers of Oreo cookies. Together we called on them to live up to their ´no deforestation´ claims. In Dying for a Cookie: How Mondelez is feeding the climate and extinction crisis, we exposed their links to dirty palm oil suppliers found destroying rainforests and orangutan habitat.  Hundreds of volunteers took to the streets, a Mondelez factory in Italy was blockaded, and scenes of destruction appeared at Mondelez HQs in Germany, the UK and the USA!

We challenged Mondelez to cut Wilmar off for selling it dirty palm oil.  And they heard us! Mondelez along with other brands told Wilmar it had to reform. Such pressure combined with the million plus people demanding change meant Wilmar could no longer ignore this issue.

Brands and traders who have promised to clean up their supply chains by 2020 have so far come up short. With less than 400 days to go, time is running out to meet commitments.

Now Wilmar needs to put its promises into action and other palm oil companies need to do the same. If that happens, it would be the beginning of the end for deforestation for palm oil.

This is not over by any means. Greenpeace will be closely watching to make sure Wilmar delivers and consumer companies follow suit.

Ultimately, brands and traders have to keep to their promise and protect forests by 2020.  Today is a significant milestone but we’ll save the real celebrating until then. 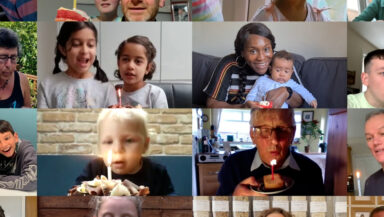 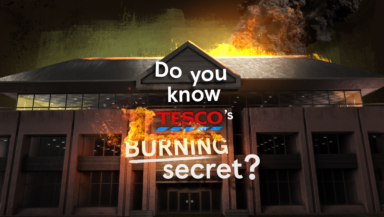