There’s no doubt: 2021 is a big year in the fight against climate change. The UK is hosting major international climate negotiations, and it’s an opportunity to steer the world away from a dangerous future.

This should be a moment to take the lead. But right now the government’s half-hearted carbon-cutting efforts aren’t setting a good example. Greenpeace is campaigning to make the government do better, and we’ve all got a part to play. But these issues can be confusing.

It’s not always obvious who’s responsible for making change, or what the UK’s fair share should be. People might wonder whether governments can really tackle climate change in the midst of a pandemic, or whether politicians will listen.

So we put a few of the most common questions to our campaign team. Here’s what they said.

It often feels like these global summits don’t achieve much. Will this one be any different?

Global summits can often feel like a let-down. But while they’re not a silver bullet solution to our problems, history is full of examples of where they’ve changed the world for the better, often influenced by Greenpeace campaigns!

At this year’s COP26 summit hosted by the UK, countries will bring forward proper emission cutting targets for the first time. They’ll also have to show plans for how they’ll meet previously agreed goals. So this year’s meeting is all about action, not just warm words.

These summits are a rare opportunity to focus the world’s attention on the climate crisis. They give the platform to people that are facing the worst effects of climate change, but did almost nothing to cause it.

There’s no guarantee of success, but that’s true of most things that are worth doing. However things turn out, we need to be able to look back on this period in history and know we did everything we could.

I worry that the government needs to focus on other things right now.

Tackling Covid and fixing the economy are rightly a priority for the government at the moment. But they’ve worked on plenty of other issues through the pandemic, so there’s no reason to think they can’t stay on top of the climate crisis as well.  The government has told the UK public that the climate is their key priority – and have made a lot of promises. Even with everything else that’s going on, voters shouldn’t be shy about holding them to those promises.

“The government has worked on plenty of other issues through the pandemic, so there’s no reason to think they can’t stay on top of the climate crisis as well.”

It’s also worth remembering that tackling climate change can be great for the economy. The government needs to support people to get jobs, and get investment flowing, and that’s exactly what an ambitious, well-planned carbon cutting programme will do. Transitioning whole industries to run more cleanly; updating our infrastructure for a zero-carbon future, and restoring damaged habitats so nature can work its magic – this is the kind of thing that economic recoveries are built on.

Isn’t the UK on track to meet our climate targets?

Sadly not. The government’s policies announced since the start of 2020 aren’t enough to get the UK on track to its 2030 climate target. So a huge amount of extra action is still needed now to meet that goal. Until that happens, the UK will be setting a very poor example on the world stage.

“The government has made some good moves in the past, but they've been coasting on these results. They don't have enough solid plans to keep emissions falling.”

In previous years the government has made some good moves, like closing coal power stations and ramping up offshore wind. Changing most of the electricity system has helped the UK’s carbon footprint to fall fast. It’s good, but the government has coasted on this result for a while without taking the next step forward.

Because nearly all the coal plants are closed now, the government needs to find new ways to keep emissions falling. And at the moment, they don’t have enough solid plans or money in place for things like transport and home heating to make that happen. Until they do, the UK will be in serious danger of missing its climate targets.

Why do you think the government will listen?

This government can actually be quite responsive to public pressure. They’ve recently changed course on free school meals, the Cumbrian coal mine, school exams and more after a big backlash. By all of us focussing the government on important issues, we can get them to listen.

The government also has solid political reasons to act, because a bold carbon-cutting programme helps exactly the people they need on their side. 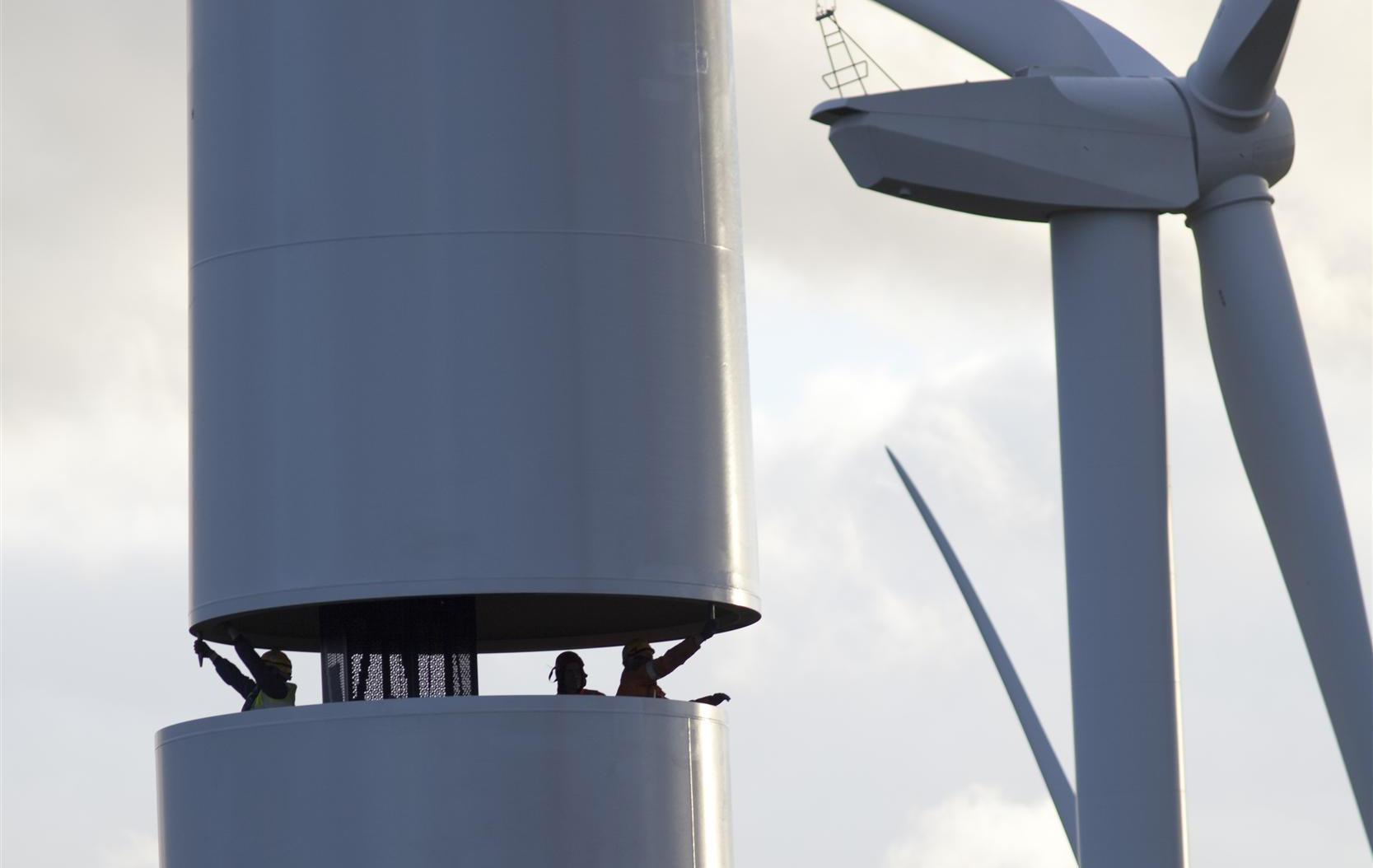 Carbon cutting measures like greening peoples’ homes and installing electric vehicle chargers create jobs right across the country. And that includes the North of England, where the government wants to build on its recent election victories. For example, the new Metro Mayor of Teesside won a big majority by (rightly) explaining how cutting carbon is good for local jobs.

Of course, these things don’t guarantee success, and change doesn’t always happen straight away. But with a plan, lots of teamwork and a bit of luck, we’ve got a decent chance.

Isn’t it up to individuals to change their behaviour?

Individuals do have an important part to play. But right now, doing the right thing is much harder than it needs to be. For example, people can switch their lights off, but they can’t change what’s powering the bulbs. They can choose to cycle instead of drive, but they can’t build bike lanes to protect them from speeding traffic.

Of course, there’s nothing wrong with trying to make better choices in our own lives. The things we do as individuals can even set an example for people around us. And they can show decisionmakers that there’s demand for change. But ultimately it’s governments and businesses who set the rules of the game, and only they have the power to change things on a large scale.

“Individuals have an important part to play. But doing the right thing is much harder than it needs to be. Ultimately it’s governments and businesses who set the rules of the game.”

This year’s global climate talks are a good example. The decisions made in those meetings – and in the months beforehand – can transform entire industries and shift unimaginable sums of money around. Compared to that, individual behaviour is a drop in the ocean.

But together we can be a powerful voice, and get those who control the levers of power to steer us towards a brighter future. There are so many ways to get involved: local campaigning, political lobbying, mass protests, creative interventions – the list is endless.

What about other countries? Some have way bigger emissions than the UK.

If you count our historical emissions, or emissions per person, the UK is still one of the most polluting nations. And our true impact is partly hidden because a lot of our stuff is made in factories overseas. This stuff adds to other countries’ carbon totals, even though we’re the ones using it.

It is true though that these days, other countries produce more climate pollution overall than we do.

But here’s the thing: even though we can’t directly control what those other countries do, we can influence them. And in November the leaders of those countries are coming here to talk about how to reduce their emissions. That means the UK has even more influence than usual.

“We can’t directly control what other countries do, but our actions can influence them. And this year the UK has even more influence than usual.”

As the host of these talks, the government is encouraging countries to do more on climate change, but their words will carry much more weight if they’ve got their own house in order. And that’s where people in the UK can really make sure that happens.

One other thing: as one of the first countries to embrace fossil fuels, the UK’s part in the climate change story is much bigger than our current carbon footprint might suggest. We led the world into the fossil fuel age, and built huge wealth and power with the advantage that gave us. That gives us a special responsibility to take the lead in dealing with climate change.

Is it too late to tackle climate change?

It’s true that if we’d gotten serious about climate change 30 or 40 years ago, we could have made the job much easier for ourselves, and avoided a lot of suffering along the way. And every time we miss a new opportunity, it piles up more trouble for the future.

“Every missed opportunity for climate action piles up more trouble for the future. But it’s never too late to make a difference. There’s always a better path available to us.”

But it’s never too late to make a difference, and every fraction of a degree matters. There’s always a better path available to us, and this year, taking that path means pushing the government to turn their words into action.

It is the UK’s turn to lead crucial climate talks and, we can still make a difference. Thousands of people are joining together to call on the government to act like a climate leader. Add your name and help make this the time we set ourselves on a better path out of the climate crisis.