People power works! In a dramatic twist of events the government has announced it will intervene in the decision on a new climate-wrecking coal mine in Cumbria.

In a surprising u-turn, the government has announced it will take over the decision on a new coal mine in Cumbria. They’d originally said it was up to the local council to decide, but after a serious backlash (that’s all of us!) and advice from their own climate change committee, they’ve decided to step in.

This doesn’t mean the mine is cancelled (yet), but it’s a huge breakthrough!

The government said it plans to hold a planning inquiry to help decide the future of the coal mine. We hope the inquiry will further expose all the reasons why building this mine is bad news for people and the planet.

But ultimately, the final decision will rest with the government.

When that time comes, we need to make sure the government makes the only sensible decision: stop plans for a new coal mine in Cumbria now – and commit to end the era of coal in the UK. Because while the government might be saying the right things now, it’s more important they actually follow through.

If you’d like to stay updated, add your name to the petition. That way you’ll be the first to hear about developments.

A win for people power!

This government U-turn didn’t just happen on its own. Local action groups have been tirelessly and bravely campaigning against this climate-wrecking mine since plans first appeared in 2017.

Then, groups like Greenpeace joined the national fight to help increase the pressure on the government to stop the mine – especially in the year the UK is hosting crucial climate talks about how we limit the global temperature rise to under 1.5 degrees.

Since then, thousands of people like you have joined the campaign by signing petitions, calling out the government on social media, and so much more. Together – with other groups from all across the country – we’ve really piled on the pressure.

Even the official letter cited ‘increased controversy’ around the project. That’s you!

Here are @mhclg reasons for calling in the Cumbria mine.

In short, comes down to 1) carbon budgets; 2) controversy; 3) legal challenges.

There will now be a public inquiry – credit to those who've patiently made the case for this, over many months.https://t.co/sKouRFnloB pic.twitter.com/mvHzrQp5xX

By working together we all became a powerful voice. It’s no wonder the government was forced to act! A beautiful reminder that change can happen.

What does the future hold?

While cancelling the coal mine would be good news for the planet, it shouldn’t leave people in Cumbria without jobs. That’s not a choice anyone should have to make.

Rather than chasing dirty jobs with no future, the government could be working with communities like Cumbria to bring investment in green energy and technologies.

With the right investments, Cumbria has huge potential for more than 9,000 jobs in green industries over the next 15 years. That’s far more than the 500 jobs promised by a planned coal mine in the county.

The proposed coal mine would only create 500 jobs and, as @NVJRobins1 points out, it could become a stranded asset by 2035.

That’s the kind of future we need coming out of the pandemic. And that is what the government promised. So we need to hold them to it.

Later this year the government will be hosting crucial climate talks, as well as holding the presidency of the G7 group of nations.

The meeting will be held in Glasgow where world leaders will discuss and agree on how they plan to tackle the climate crisis. This is arguably the most important climate meeting since the Paris Agreement was signed in 2015.

As host, the UK has been given the opportunity to lead the conversations and push other countries to take ambitious climate action to reduce global emissions. But as it was widely pointed out: you can’t demand action from other countries if you’re allowing climate-wrecking mines in your own backyard.

The Cumbria coal mine is just one example of how the government is failing to walk the talk. So there’s still a long way to go before Boris Johnson can have the credibility to push others to take ambitious action.

People are already experiencing the impacts of climate change. Rising seas and more frequent extreme weather events are putting tens of millions of lives around the world at risk.

This needs to be a key year where we hold the government accountable on their promise of a green recovery and their commitment to tackling climate change. 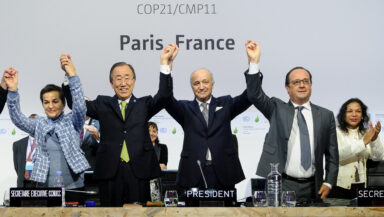 What is the Paris Climate Agreement and why does it matter?

Everything you need to know about the world's most important climate treaty. 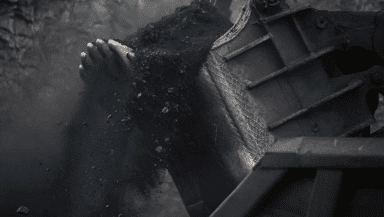 It's 2021. Why is the government allowing a new coal mine to go ahead?

The government claims to be a climate leader - but if we’re serious about tackling the climate crisis then one new coal mine is a coal mine too many. 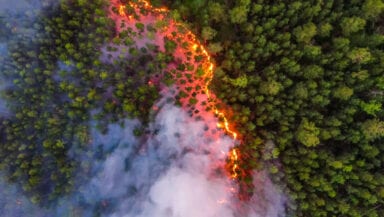 Climate change is one of the greatest threats to humanity and the natural world. Get up to speed here.