This November, the UK will host world leaders in Glasgow at the 26th UN Climate Summit – also known as COP26. This is one of the biggest global meetings dedicated to tackling the climate crisis. But what is it all about? Let’s unpack it!

COP is the world’s major annual climate conference, where hundreds of world leaders meet to negotiate and agree plans for tackling climate change.

This is the most important meeting since COP21 in 2015, where nearly 200 world leaders signed the Paris climate agreement. This committed nearly all countries to stop climate change and deal with its causes and effects. In Paris, each nation promised to develop plans for deep cuts to their carbon emissions and present these plans five years later, in time for the COP26.

In the Paris agreement, 191 countries agreed: 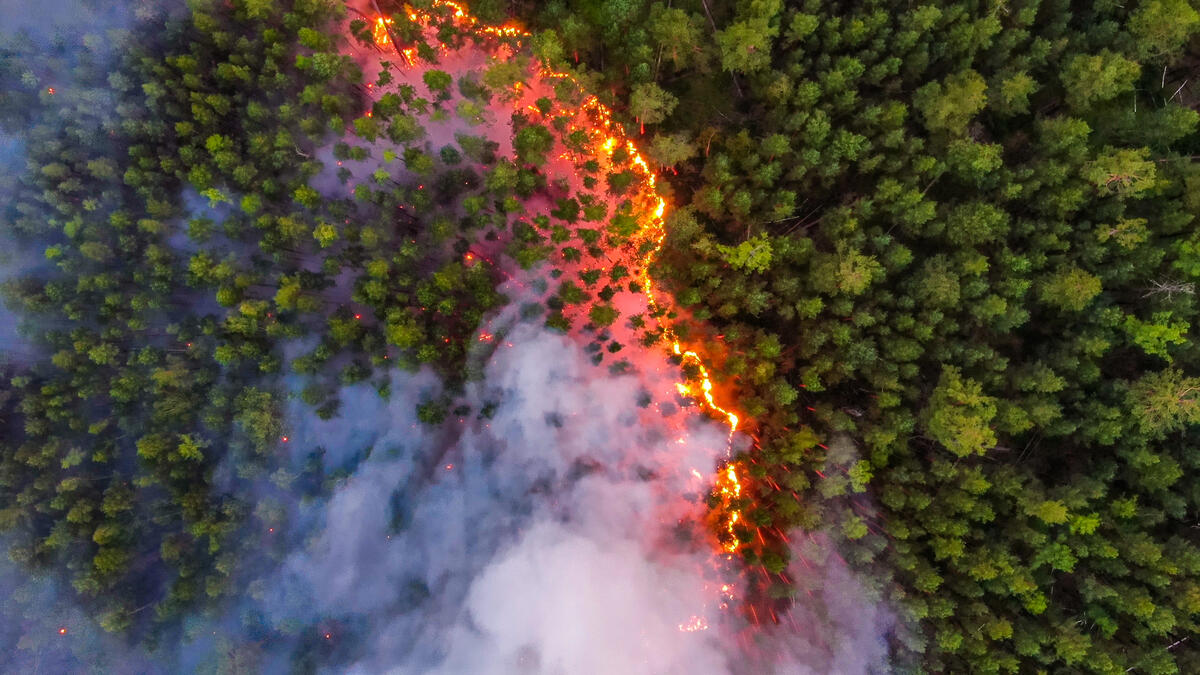 To respond to the impacts of climate change through adaptation 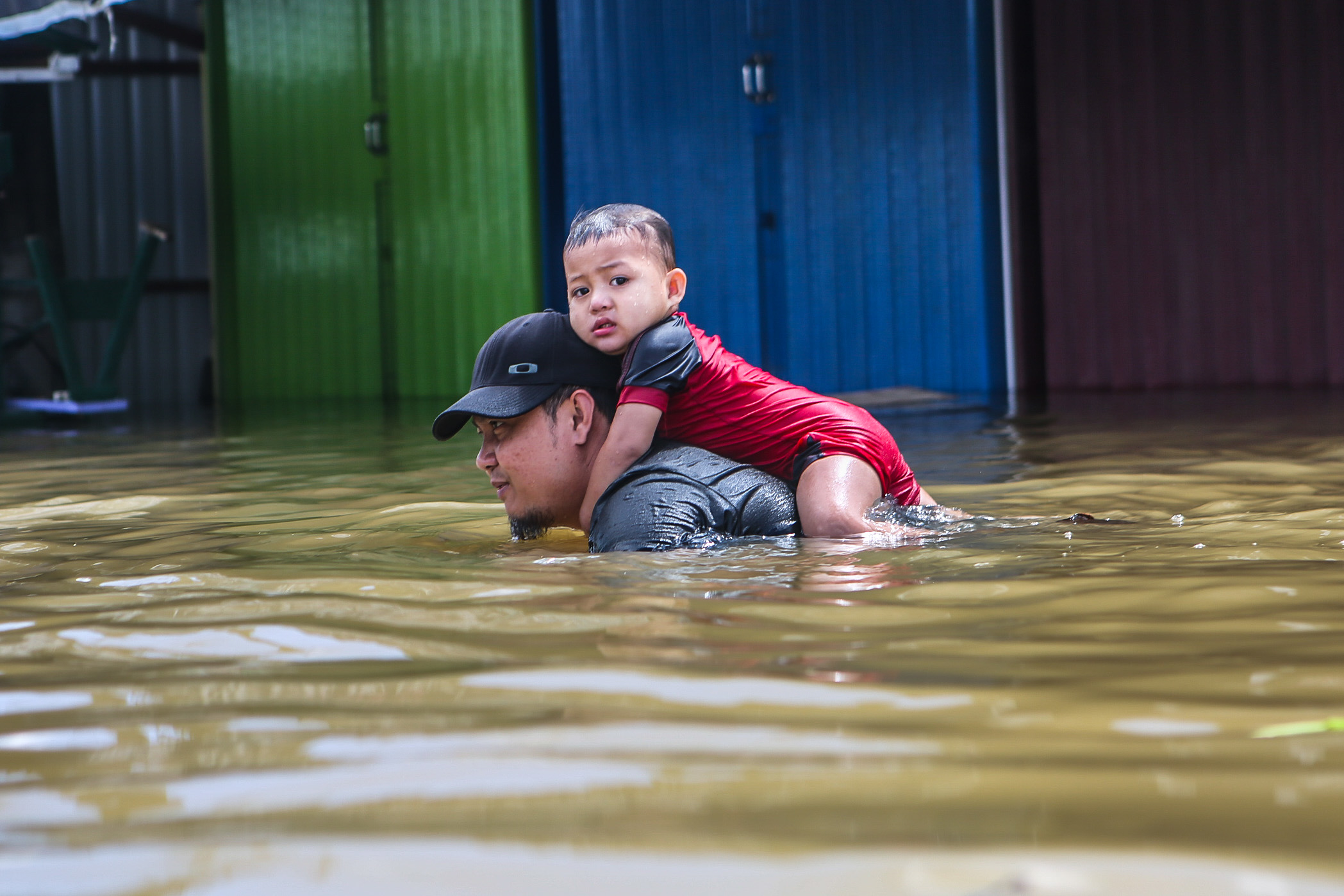 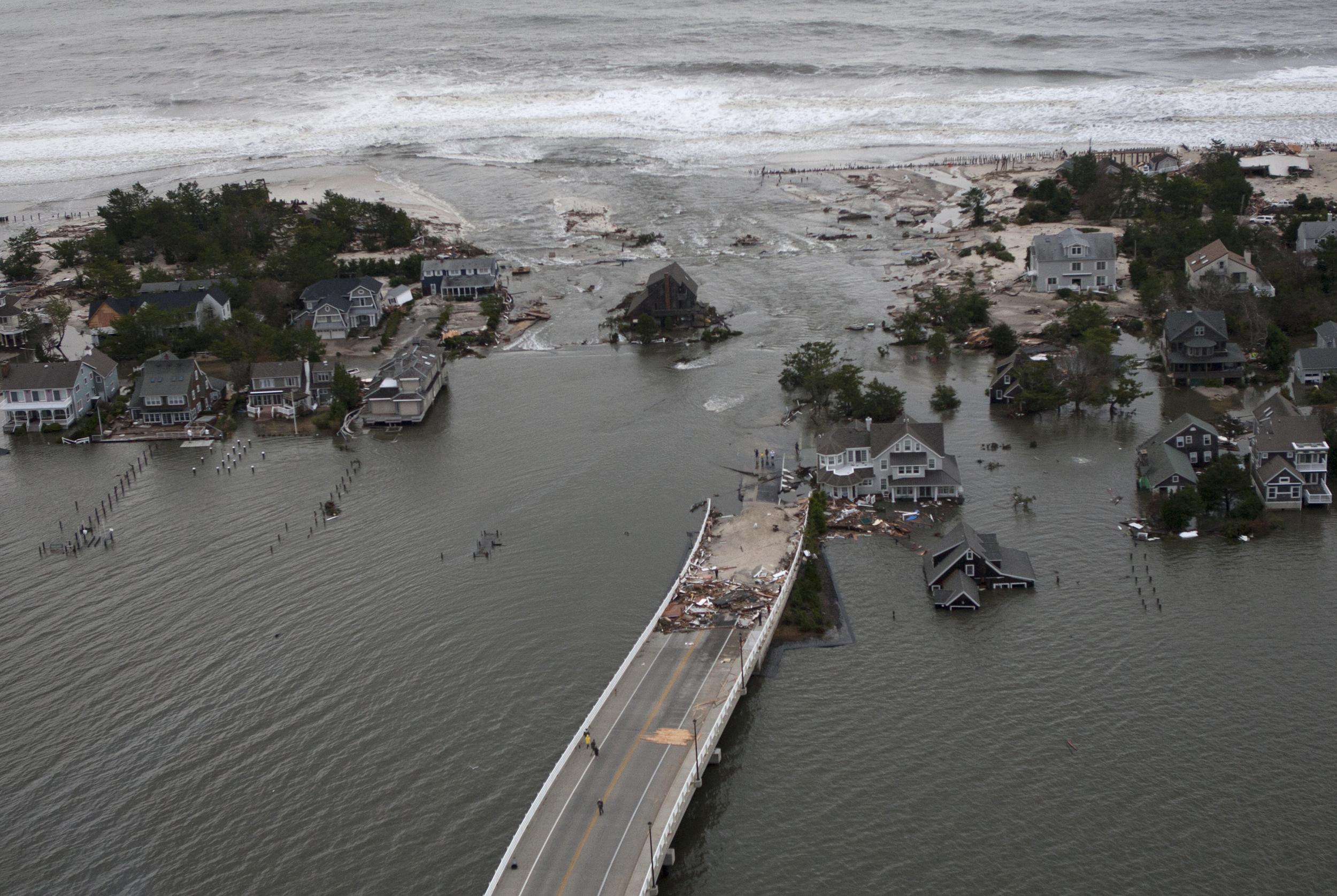 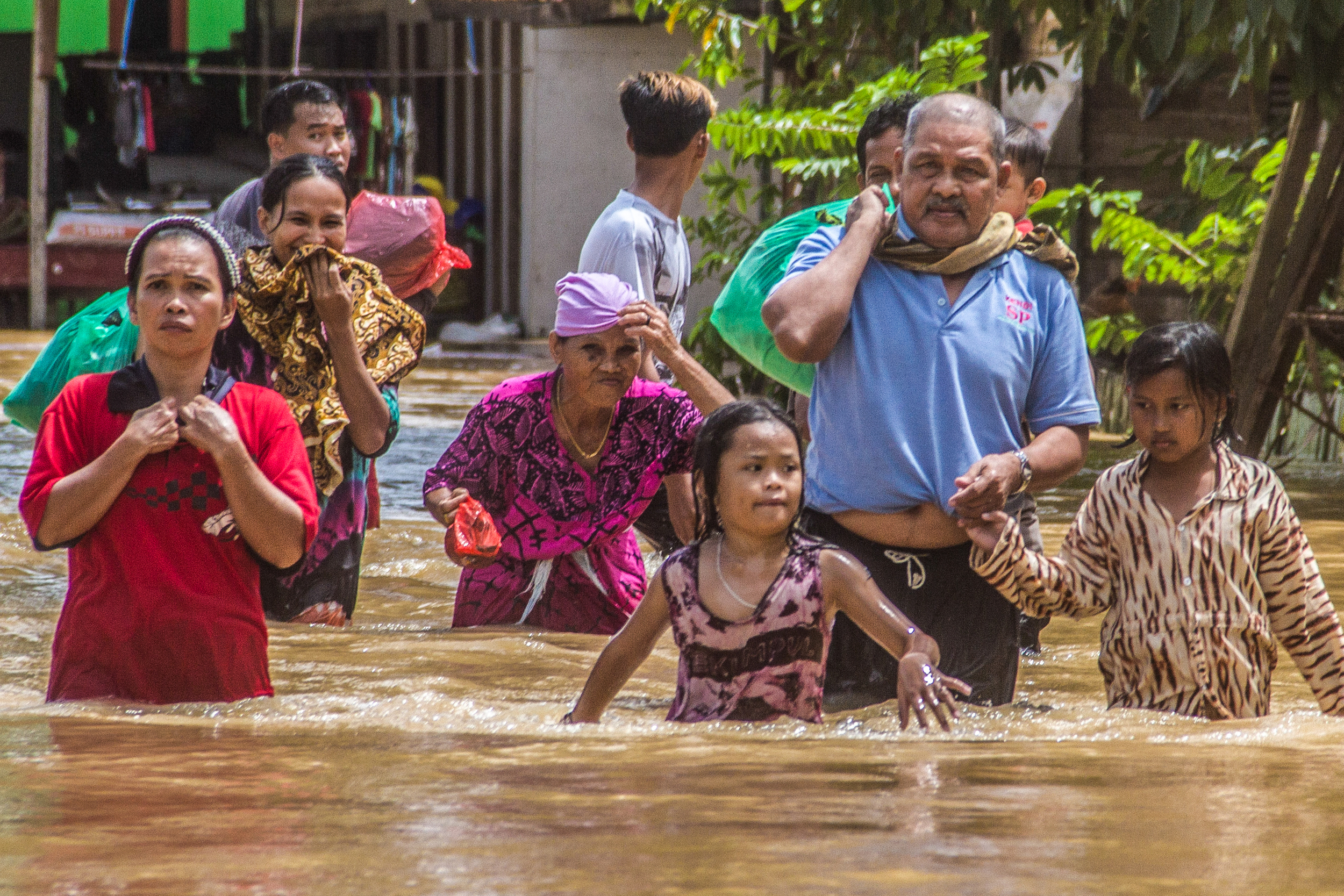 The 2021 conference will be the 26th meeting of its kind, which is why it’s called COP26. It was moved from its original date in 2020 because of the global coronavirus pandemic. The last COPCOP stands for Conference of the Parties. The “Parties” are the countries that have signed the United Nations Framework Convention on Climate Change (UNFCCC).was in 2019 in Madrid.

COP26 matters because this is the last decade the world has to avoid the worst impacts of global warming: unimaginable natural disasters, sea level rise, and mass extinction of wildlife. It’s also a unique opportunity to build a stronger and fairer global economy. The longer governments wait to take action, the harder it will be to succeed.

Who will attend COP26?

Representatives from all the world’s governments, plus people from NGOs, businesses, faith groups, scientists, and other groups such as Indigenous Peoples’ delegations will attend. Media outlets from around the world will also be present.

COPs take place over two weeks. The structure is a little different for this year’s COP (which usually begin with technical negotiations), as there’ll be a two-day World Leaders Summit at the very start.

Many countries still don’t have much access to Covid vaccines, so organisers are still working out how to keep the meeting safe for everyone to attend. Greenpeace believes COP26 should only go ahead if it is safely accessible to all participants.

What are they supposed to be deciding at COP26?

COP26 is the deadline for countries to present their plans to cut emissions. Together, these plans need to set the world on track to stop global temperatures rising more than 1.5ºC by the end of the century. Despite being on the official agenda, these plans are very unlikely to be delivered.

Wealthy nations also promised $100 billion a year to help poorer countries reduce their emissions and protect themselves against the impacts of climate change. This isn’t expected to be on the formal COP26 agenda, but it should still be discussed. Climate damages have so far been poorly addressed in the formal negotiations – despite the countries most impacted by climate change asking for this to be taken more seriously. 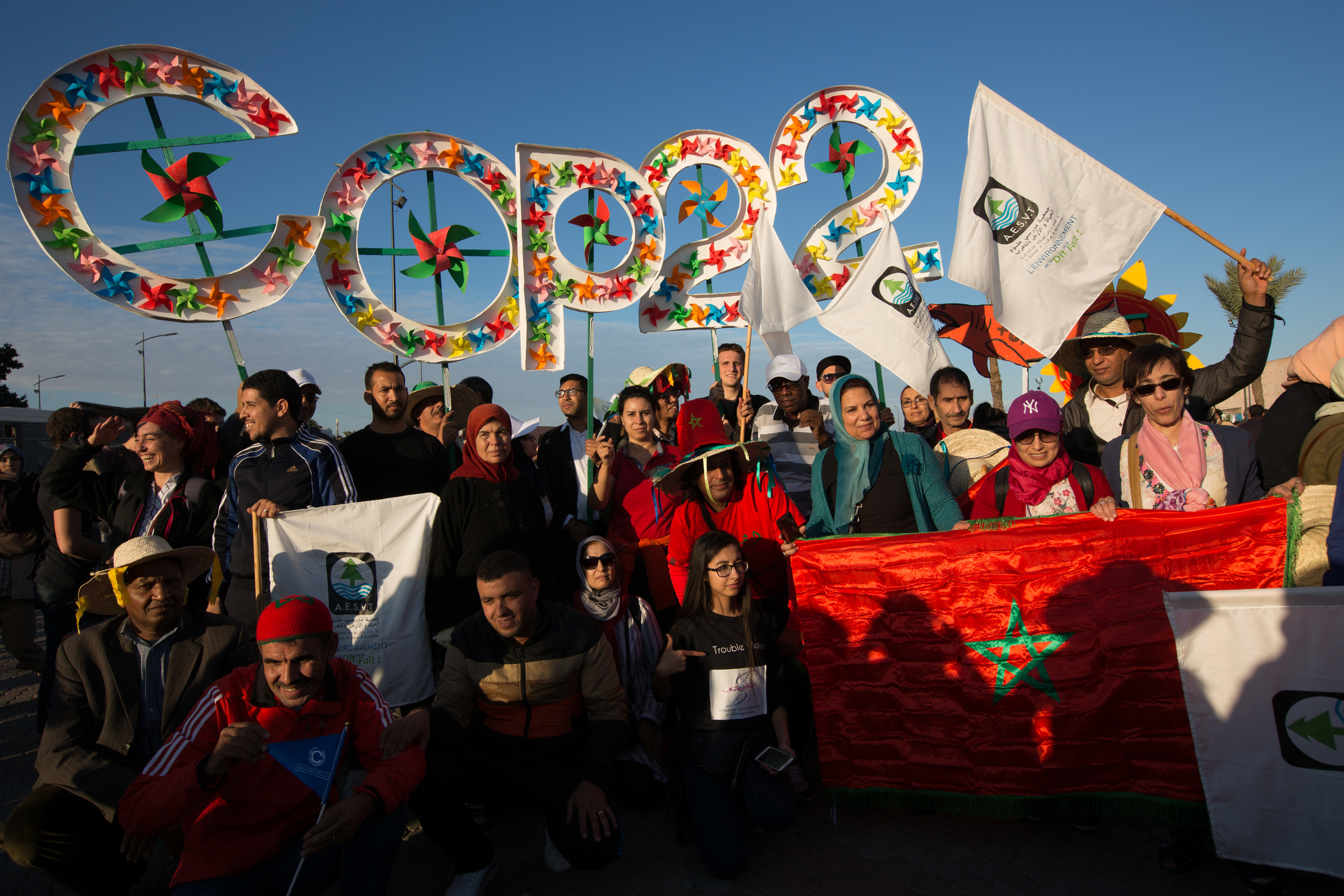 Thousands of people take part of the march in Marrakech to call for action during the UN COP22 climate negotiations in the first ever mass demonstration on climate in Morocco and the first ever in the Arab world during a COP climate conference. © Jeremy Sutton-Hibbert / Greenpeace

Strong agreement in all of these areas is crucial. But for COP26 to be a real success, leaders need to go beyond commitments they’ve already made, and back up their promises with concrete national plans, policies and investments.

For example, to keep temperatures below that 1.5ºC limit, every country needs to stop all new fossil fuel projects immediately, and stop burning coal altogether. Rich nations need to give extra financial support to poorer countries to do the same, and to help deal with the existing impacts of climate change.

What could get in the way of success at COP26?

Rules for carbon markets are also on the agenda for COP26. These complex discussions threaten to swamp the negotiations, leaving little room for more urgent agreements on climate finance and phasing out fossil fuels.

Carbon markets should not become a distraction at COP26 in Glasgow. They often give countries and companies a “free pass” to pollute, through things like carbon offsetting.

Instead governments need to focus on making firm rules for companies to reduce emissions directly from their activities.

What does Greenpeace do at COP?

Greenpeace sends representatives to COP. It’s important to have experts, campaigners, and those on the frontlines of the climate crisis in the negotiations – observing, making contributions, and making sure that politicians are listening.

Greenpeace supports grassroots groups and representatives such as Indigenous leaders who attend COP. Many such communities from the Global SouthThe term Global South is often used to refer to less economically wealthy countriesare often the most exposed to climate impacts such as fires and floods, despite being the least responsible. Decisions made at COP26 will therefore affect them most directly.

As a global organisation, Greenpeace also works to influence COP from outside the conference. This means working with activists across the world, helping them put pressure on leaders to push for the best outcome in the negotiations. 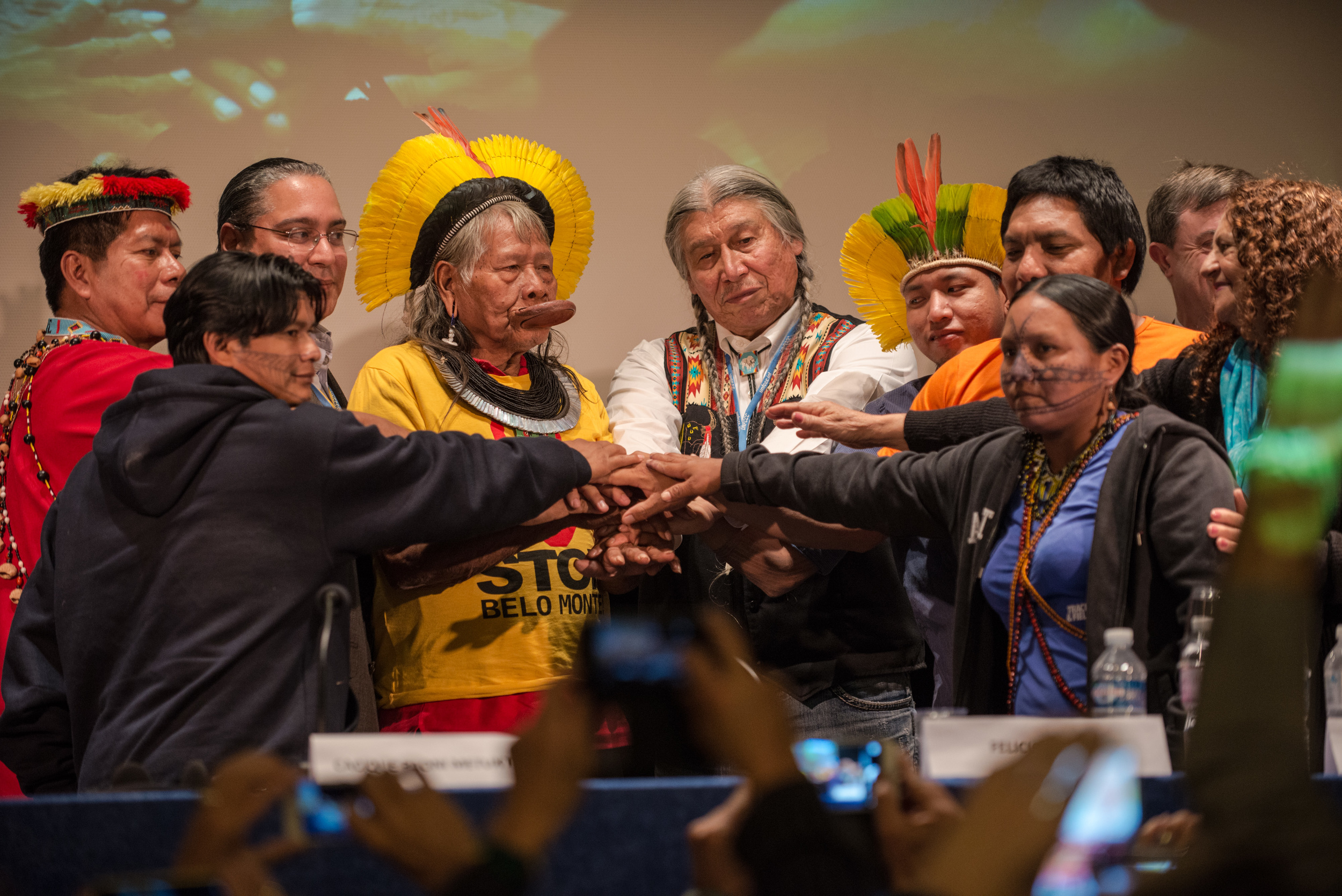 The Munduruku indigenous leaders Maria Leusa Kabá Munduruku and Rozeninho Saw Munduruku are in Paris during COP21 receiving the Equator Prize for their struggle to protect their land through self-demarcation of the Sawré Muybu Indigenous Land in the Brazilian Amazon, where the government had planned to build a hydroelectric dams. © Fábio Nascimento / Greenpeace

How can I get involved?

COP26 is happening in Glasgow, Scotland so there are plenty of opportunities for people in the UK to get involved in the run up to, and during, the conference.

Joining a local Greenpeace volunteer group can be a great way to support campaigns for a strong outcome at COP26.

Marches are happening all across the country on Saturday 6th November to show the enormous public support for urgent climate action. You can help show world leaders that we mean business by joining one of these marches.

Many activist groups are mobilising in the run up to COP. Here are just some of the things people are doing:

As the host of two global summits this year, the UK has a unique opportunity to boost climate action worldwide. But while the UK government claims to be a climate leader, many of its policies are taking us in the opposite direction. Tell Boris Johnson it's time to lead by example.