Our dependence on gas is helping to fund the war in Ukraine, as well as driving up energy bills and fueling the climate crisis. Getting off gas is the answer, and the government has the perfect opportunity to make radical changes in how we use energy to provide heating and generate electricity.

Nearly two weeks ago, Putin launched a full-scale invasion of Ukraine. We’ve all seen the horrendous footage on the news, and we’ve listened to the terrifying reports from people on the ground. According to the UN, over two million people have fled and over 1,000 civilians have died.

This is a human tragedy. First and foremost, it’s a tragedy for the people of Ukraine who are demonstrating unbelievable bravery in the face of unimaginable suffering. It’s also a tragedy for the citizens of Russia, many of whom have taken serious personal risks to protest against the war, and who will now suffer under the economic sanctions imposed as a result of Putin’s actions.

It’s clear that this war needs to come to a fast and peaceful resolution. And gas may have a role to play here.

What’s gas got to do with it?

Russia is a major exporter of fossil fuels, particularly fossil gas which countries like the UK use to heat our homes and buildings, and generate electricity. The EU relies on Russia for 40% of its gas, and Putin is using this as leverage to wage his war in Ukraine. Even the UK, which only relies on Russia for about 4% of its gas, is expected to give £2bn to the Russian state for gas this year – that’s over £6mn a day. So basically we’re helping to fund a war that we’re trying to stop.

And while western governments have placed heavy sanctions on Russian banks and oligarchs in response to Putin’s actions, their dependence on gas has so far prevented them from imposing the one sanction that would hurt Putin the most. Placing an embargo on those fossil fuels – which is what Ukranian groups are calling for – would seriously hamper Putin’s ability to finance the war because income from oil and gas make up 39% of Russia’s entire federal budget revenue.

But European governments are nervous about doing that because they know it will send our energy bills soaring even higher.

Is getting off gas possible?

Removing gas from our power supplies will take a lot of work, but it is definitely possible. We can do this by bolstering our homegrown supply of clean energy such as wind and solar power, which means the UK will become independent in the way it produces its energy. Doing this would be our country’s contribution to limiting Putin’s leverage and hamper his ability to finance his war in Ukraine.

It would also have huge long-term benefits for our energy bills. Getting off gas would insulate the UK from debilitating price surges, which are an inherent part of the volatile fossil fuel market. Energy prices were already soaring before Putin invaded Ukraine, but they could now rise to £3,000 a year, which will plunge millions more into fuel poverty.

On top of this, ending our reliance on gas is something we absolutely have to do if we’re going to tackle the climate crisis. Gas is a key source of carbon emissions, which are driving climate breakdown. The human and environmental impacts of our governments’ failure to act were highlighted in stark fashion just last week by the UN.

How we can get off gas

For all these reasons, in its spring budget this month the government needs to announce an emergency plan that will accelerate the UK’s transition away from gas. With a £10bn emergency package, the government can drive a radical transformation of how we generate and use energy. That sounds like a lot of money, but up to £410bn has been spent dealing with the pandemic, so we know money is available when the situation demands it.

This emergency energy package would kickstart a new insulation programme that will make our gas-guzzling homes and buildings – which are the draftiest in western Europe – much more energy efficient, creating a wealth of new jobs in the process.

Not only that, Sunak could use the spring budget to remove the obstructive red tape and debilitating VAT currently in place on clean energy and insulation products, so we can unleash the clean technologies that will restrict the funds keeping Putin’s war going, lower energy prices, and reduce emissions all in one go.

Gas heating and poor insulation mean that our homes create nearly 15% of the UK’s total greenhouse gas emissions. The government is committed to reaching net-zero emissions by 2050, but this will be impossible without swapping our gas boilers for clean electric heat pumps when they need replacing, and a rapid roll out of energy efficiency measures like insulation across the country.

Despite this, over the last 10 years the government has consistently cut programmes that would create greener homes and reduce the UK’s reliance on gas. In fact, in a policy approach initially attributed to David Cameron, cutting “the green crap” has added £2.5bn to our annual energy bills in that time. The Energy and Climate Intelligence Unit estimates that if UK homes were upgraded using insulation and other energy efficiency measures, each household would use on average 20% less gas, and that would also mean lower bills.

Soaring gas bills alongside a cost of living crisis will mean having to choose between heating and eating for millions of people in the UK. For those already living in crisis, additional price rises expected to happen in October will cause yet more serious harm. There are fears that one in three homes could be forced into fuel poverty, when people can’t afford to heat their homes. Cold homes caused 8,500 excess winter deaths in 2020 and, aside from the misery this causes, according to one study it costs the NHS an estimated £857mn every year.

An emergency situation like the war in Ukraine demands an emergency response. There’s no better time for the government to announce this plan than at the chancellor’s spring statement just a few weeks from now. 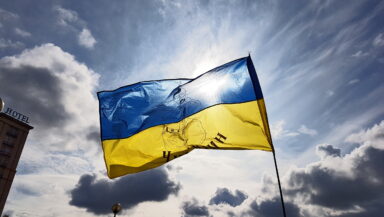 How to help people affected by the Ukraine war

The invasion of Ukraine by Russia has been condemned around the world, and people throughout the country are at risk. Here's how you can help. 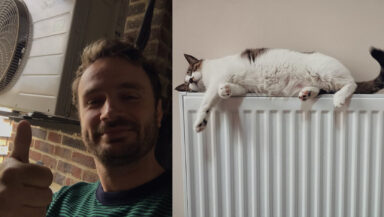 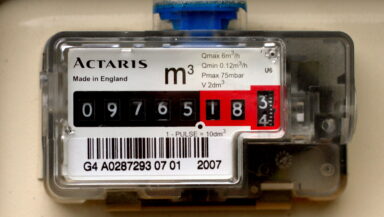 As energy bills go up and up, there have been suggestions that increasing the flow of oil and gas from the North Sea will help to combat spiralling bills. But the way energy is traded across the world, as well as decisions made by this and previous governments, means that churning out more fossil fuels is not the answer.