The term “climate criminal” shouldn’t be used lightly. However, oil companies continue with business-as-usual, even though people all around the world are suffering from the impacts of climate change. Here are three reasons why oil giant BP most definitely is a climate criminal.

This article was lightly updated on 27 May 2020 to reflect the impact of coronavirus and the associated oil price crash.

The Australian bushfires of 2019 burned a land mass nearly the size of England, killing at least 23 people and a billion animals. In the same six months, temperatures rose to a record high of 48ºC in Delhi and 48.9ºC in Canberra. Humans simply can’t live in this kind of heat.

In 2018, it was reported that almost six million people are under threat from rising flood waters across South Asia. Hundreds of thousands of people across the region have already been displaced as a result of heavy monsoon rains.

There’s no doubt the world is suffering the results of some serious climate crimes. And the perpetrators of these crimes seem to be getting away with it – so far. Here are three reasons why oil company BP should be on Mother Nature’s most wanted list.

BP spends over $50 million a year lobbying against critical measures that would help tackle the climate emergency. Just this year, Greenpeace discovered that BP successfully lobbied President Trump to water down regulations to reduce methane emissions. Methane is 34 times more damaging to the climate than carbon dioxide.

Successful lobbying by oil companies like BP is a major reason why governments around the world aren’t doing what’s needed to tackle the climate emergency.

2. BP is digging up more oil and gas than we can afford to burn

Oil companies already have more oil and gas on their books than we can afford to burn if we’re going to stay below 1.5ºC heating. That’s what scientists say is needed to avoid total climate breakdown.

Prior to the onset of COVID-19 measures and the oil price crash, BP had planned to spend $71 billion digging up new fossil fuels over the next decade. A Global Witness report says BP and other oil companies can’t drill all their existing wells and keep warming within 1.5ºC, let alone drill any new ones.

Drilling for new oil and gas in a climate emergency is totally illegitimate.

BP spends $30 million a year on advertising and branding that’s designed to mislead the public about their climate-wrecking activities. Watching their ads, you’d think BP was a green, renewable energy company – and that’s what they want you to think!

But in reality, BP ploughs 97% of their capital expenditure (that’s the billions and billions of dollars they spend on their projects) straight into digging up fossil fuels.

Twitter is banning political ads to help stop the spread of misleading information. But the new policy does absolutely nothing to stop oil companies using ads like this to try and deceive the public. pic.twitter.com/FydF34uXyt

We’re in a climate emergency. Oil companies like BP are digging us deeper into it every day by continuing to drill for new oil and gas, and blocking climate-protecting measures right when we need them most. We can’t let them get away with this any longer. And we won’t. 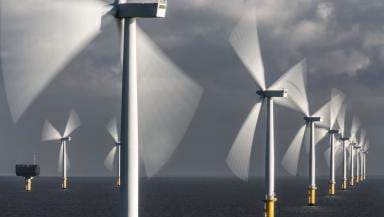 A Green Recovery: How We Get There - Greenpeace sets out plans for a greener, cleaner, fairer future

Everyone's one talking about the 'green recovery'. But what does that actually involve? A new Greenpeace manifesto sets out what the government can do to tackle both the Covid recession and the climate emergency 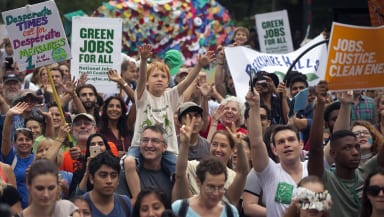 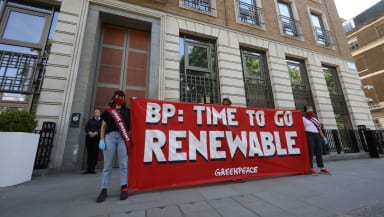