Social justice and climate justice movements collided in 2020. During the George Floyd uprising, environmentalist Leah Thomas coined the term intersectional environmentalism. An approach that describes how the oppression of hard hit communities is connected to the problems that affect the planet.

Environmental justice dates back to the 1980s. At that time, the mainstream eco movement narrowly focused on wilderness conservation and endangered animals – not people. It often silenced or ignored the voices of the communities most impacted by environmental issues. Environmental justice looked to address this by putting people’s right to safe housing, transport, environments, human rights and more into the green movement. But 40 years on, marginalised and low income communities across the world are still more likely to live in areas that are dumping grounds for toxic waste, pipeline routes and food deserts. They are on the frontlines of environmental disaster. Their vibrant histories and stories of resilience erased.

Yet, fairness and justice around race, economic power or migrant rights are not optional or additional. They’re at the heart of the world we want to build. After all, environmentalism is stronger when it includes everyone. Intersectionalintersectionality looks at how parts of someone’s social identity – such as race, gender, class, ability – combine to form the discrimination or oppression they face. It also helps us see and address the types of privileges different people experience. environmentalism gives us a frame to do this. Climate justice reminds us of privileges we may or may not have when experiencing climate change – whether that’s related to race, gender, class, or ability.

Here are a few ways that environmentalism can include other struggles, so we can fight for a better and safer world for everyone.

At COP26, entrances to the venue were not accessible for those with mobility impairments, so several disabled activists and a disabled minister couldn’t enter the conference. Groups like SustainedAbility Disability and Climate Network work to close the accessibility gap at COP. The international network collaborates with grassroots movements and organisations on disability and climate justice. They also push for disability-inclusive climate change solutions. And they make sure no one is shut off from negotiations because of a lack of accessibility options. 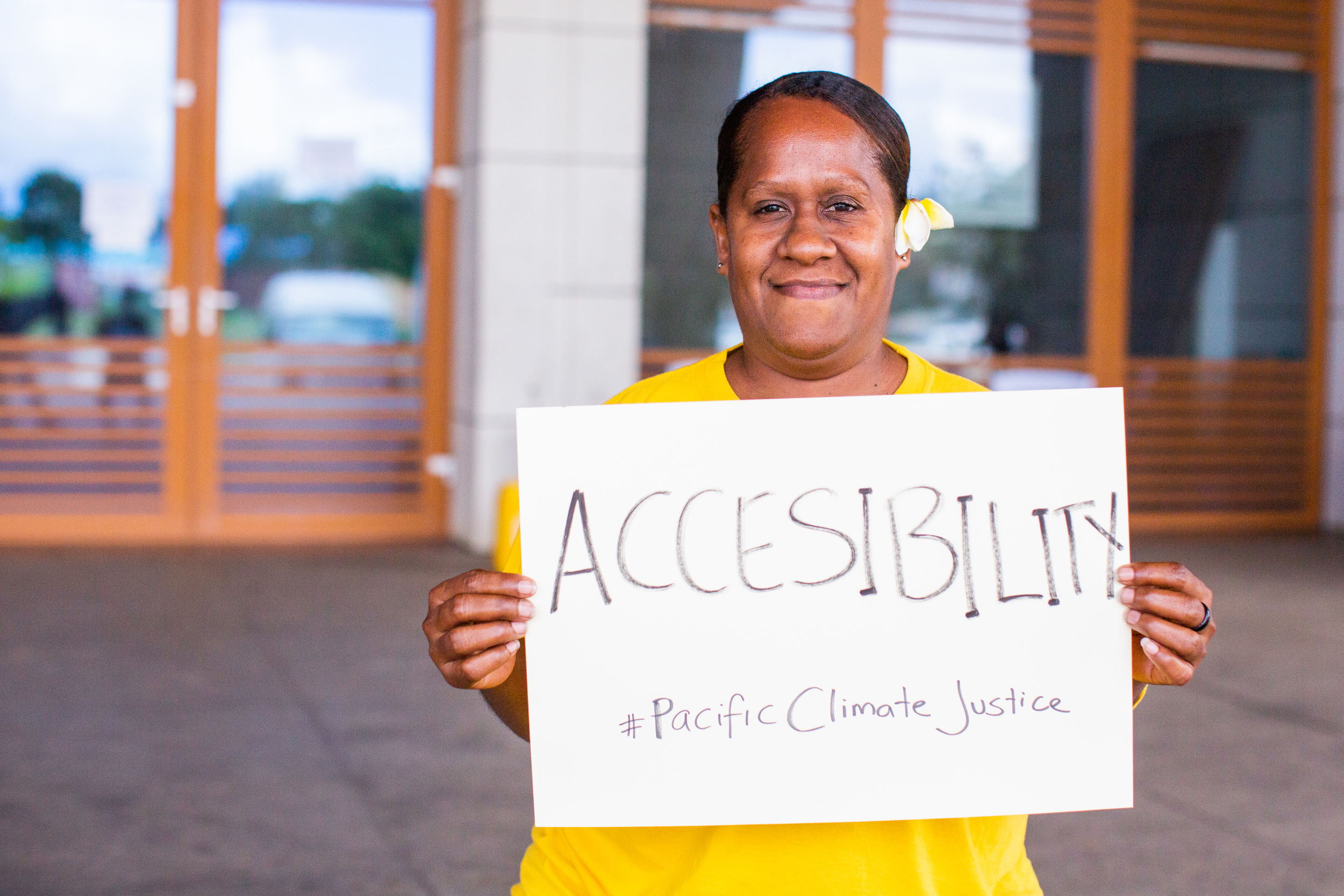 When disasters like Hurricane Harvey hit the United States, wheelchair users lost their mobility and their independence. Assisted living facilities were abandoned and their residents neglected. Some disabled residents were wrongly institutionalised due to lack of accessible housing. In the UK, there are 14.1 million people with disabilities. Yet, the government’s 2021 National Disability Strategy failed to implement any type of disability-inclusive climate policies that would allow disabled people to fully participate in climate action. By excluding them, it created barriers for 20% of the population to communicate about crises that prevent access to life-saving information. As environmentalists, disability justice means recognising that no body or mind is disposable.

Conversations around accessibility often stop at mobility and transportation, but we need to look at language access and all other types of disabilities too. We create an inclusive movement when we consider the abilities of all environmental activists.

An intersectional approach to environmental problems asks: ‘How is the environmental emergency going to hurt communities and in what ways?’

Across the world, women are 80% more likely to be displaced by climate change and produce up to 80% of the world’s food. They are often the primary caregivers and food providers for their families, which makes them particularly vulnerable to droughts and flooding. Globally, women are leading grassroots efforts against climate change. In the UK, the Women’s Environmental Network supports them. They work alongside communities supporting actions and highlight the lived experiences of women when collaborating on campaigns. 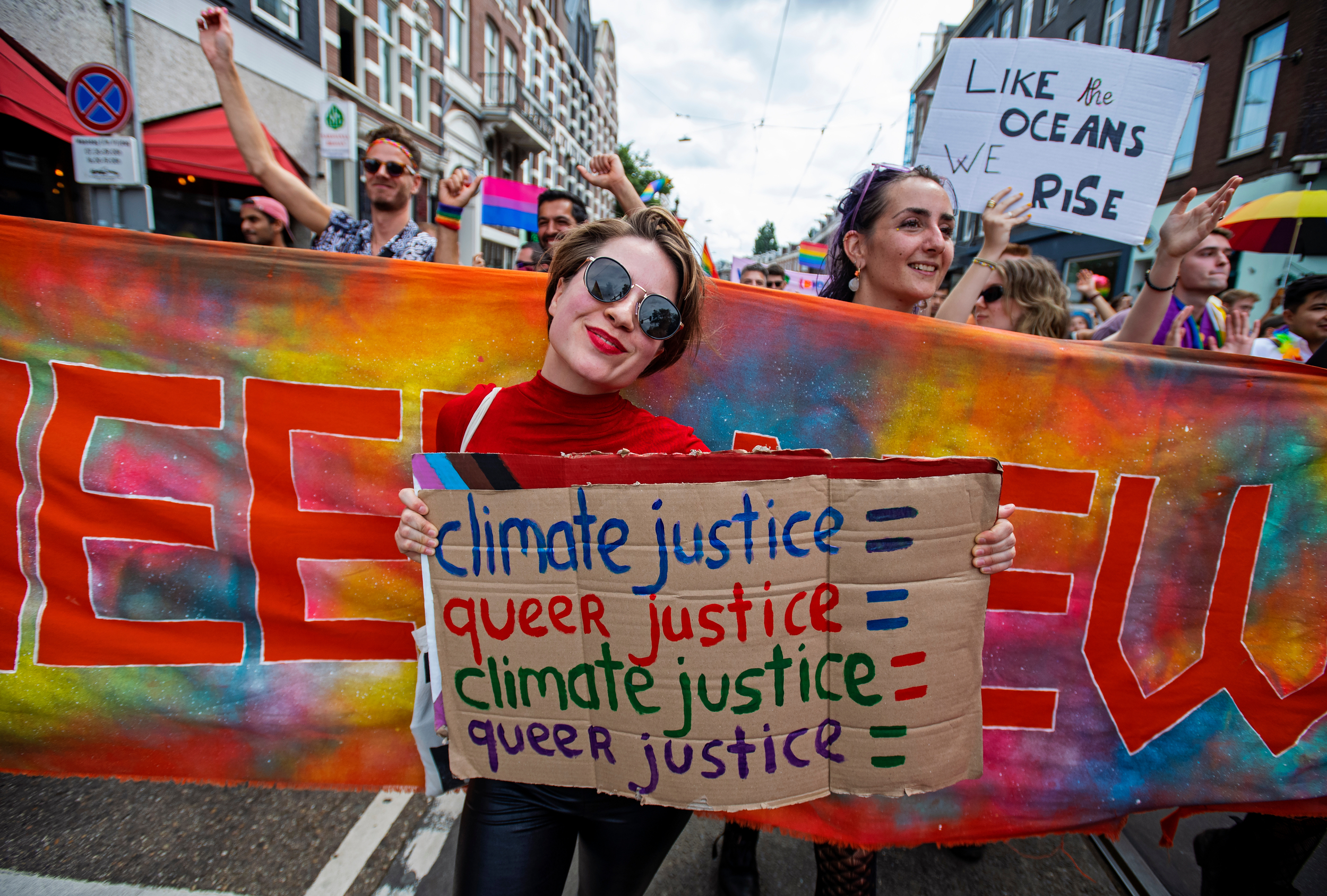 Climate justice must also include diversity in gender and sexual identity. If we look back at the first Pride march, Black and Latinx trans, gender fluid, non-binary and gender non-conforming individuals led the march against police brutality and police raids of LGBTQA+ bars. But oppression based on gender and sexual identity still plays out during environmental emergencies. Like climate disasters where same sex couples may not get relief support if they’re not recognised as legitimate couples by their government. Or non-binary folks who risk not having access to gender-specific services and, like disabled folks, may be turned away from emergency shelters. In the UK, the Nationality and Borders Bill risks increasing the standards of proof for LGBTQA+ asylum from countries being affected by climate change.

Intersectionality is the key for unlocking the struggles against oppression. It helps us recognise how race, class, gender and abilities all matter in how you are or aren’t affected by the climate crisis.

Like the COVID-19 pandemic, we’ll face climate change and environmental destruction as a global community. However, not all people are equally impacted. Race, more than class, is the number one indicator for the placement of toxic waste facilities. This is environmental racism: a form of systemic racism that disadvantages some communities more than others. For example, because policies and practices force them to live closer to environmental hazards.

Racial injustice is how Jemmar Samuels got involved in activism at 17. Through The Advocacy Academy, they developed their voice through story-telling and speaking on camera. Jemmar’s skills led to co-founding the award-winning Halo Code. A campaign that aims to dismantle afro-hair discrimination, especially in the workplace. In their work, they imagine a world where oppressed groups would not have to constantly advocate for their basic needs, rights, or justice. “We do not have equality or equity. We have liberation through abolition,” explains Jemmar.

Underserved communities face the brunt of social and environmental injustices. It’s because of this that we can’t think of social justice as an add on. Tackling systemic racism is important to achieving climate justice.

The future of environmentalism is intersectional

Oppression plays a huge role in how people feel about a movement. It’s important to look at which communities are being served, who gets to take part, who has access to resources and support, and ask ourselves why. Marginalised communities make important contributions to the environmental movement. So environmental decisions that do not include historically excluded voices are incomplete. We need intersectional environmentalism.

We must prioritise those who are most impacted by the environmental emergency we’re facing. This means giving space to folks from economically disenfranchisedTo be excluded from creating or distributing wealth, disabled, queer, Black, Indigenous and people of colour communities. Intersectionality allows us to see how we could include someone who holds multiple identities and how to make sure they have the resources and support they need. Starting from where the gap is the widest will allow us to make effective changes for everyone.

“There are communities disproportionately affected by climate change. They can tell you what kind of support they need from you. To be a good ally is to know how to hear, listen, process and understand. To know when to take up the same and when to fall back.”

Our movement and efforts are only as powerful as the people that we bring together. The future of the environmental movement is intersectional.

If you’re interested in learning more about creating an equitable and inclusive movement, check out Leah Thomas’ book, The Intersectional Environmentalist. 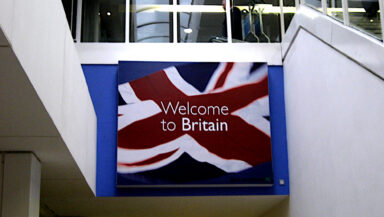 Why we need to unite against the Nationality and Borders Bill

The UK’s Nationality and Borders Bill has been strongly criticised by legal experts, devolved assemblies and pressure groups. Here’s why we should stand against it. 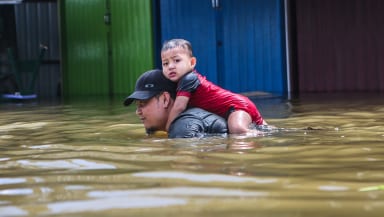 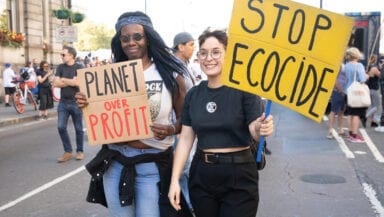 Why social justice is key to a green recovery

Politicians and activists around the world have been talking about a green economic recovery from coronavirus. It’s easy to think that this is just about making the economy more climate-friendly, but social justice is a key part of it too. Here’s why.