New air and water pollution laws are full of loopholes

The government claims the new environment bill will protect the UK’s natural environment like never before. But as it stands, ministers are missing a once-in-a-generation chance to help the nation’s nature thrive.

Now that we’ve officially left the EU, a big question hangs over the future of the UK’s environment – what happens to all the vital nature protections that were part of membership? The ones that aimed to protect our natural habitats, our air and our water and more?

How closely we align with the EU on a number of issues, including the environment, will be influenced by the ongoing trade negotiations, and levels of public and political demand for high standards. However, the government has also introduced a massive piece of legislation that seeks to not just carry over those protections in some form, but also to go beyond them.

If all goes well, this new environment bill will put in place a plan to continually improve our natural world over the next 25 years and beyond. In fact, the government has explicitly promised to leave the environment in a better state than they found it.

The bill is currently going through parliament, which means MPs and ministers will be debating it, picking it apart and, hopefully, making it as ambitious as possible.

This all sounds great, right? Well, as it currently stands, we’re a long way from an environment bill that lives up to its promise. That’s because the government has given itself some big get-out-jail-free cards and loopholes so they can avoid acting with the urgency our natural world demands. The need has also never been greater – the UK is one of the most nature-depleted countries in the world and more than a quarter of all mammals are facing extinction.

There are three big loopholes that are particularly worrying. As the bill continues to go through parliament in the next few weeks, we have a crucial opportunity right now to put as much pressure as possible on MPs to close the gaps on these three issues.

1. The government could be allowed to kick the can down the road on the nature emergency

The bill gives the powers for the government to set legally-binding, long-term targets to bring our air, rivers, green spaces and more back to life. This is helpful, but there’s a big problem.

But our nature can’t wait. Ministers need to be required to make significant improvements on a regular basis to tackle our air quality, plastic pollution, deforestation and many other issues, in order to stand a chance of a truly thriving environment for future generations.

2. There’s no guarantee these targets will be as ambitious as they need to be

Despite promising so much on reversing nature’s decline, at the moment there’s a real risk the government could set itself targets that they have to meet but that don’t go nearly far enough.

The government also isn’t great at meeting existing legally-binding targets – for example, it has failed to deliver measures to combat air pollution and increase recycling set by the EU. So, without a legal duty on ministers to set targets capable of delivering a genuinely healthy environment, it’s possible that the government could deliberately pick unambitious goals in order to make it easier to meet them.

We’re in a nature emergency, our rivers are full of plastic and our air quality continues to break legal limits and risk people’s lives. Only the highest level of ambition is appropriate to meet the challenge.

3. The body to enforce our environmental protections risks not being strong enough

Under the current proposals, this watchdog doesn’t have the sharp teeth needed to serve its purpose – right now it won’t be able to penalise the public bodies with fines when they break environmental law, for example.

There are also questions about the independence of the body – who will sit on it, who gets to appoint those people, how we avoid a situation where the government is effectively in charge of deciding how to hold itself to account. There’s also no indication about whether not it’ll actually have enough funding  over the long term to do the work it needs to do.

As our Unearthed investigations team has found, environmental protection in the UK is already worryingly under-resourced. There are also a load of cases still outstanding in EU courts on issues like air quality and peatland burning that could just fall apart if we don’t get this new watchdog right – either because the OEP fails to take them up; or if they do, because of an inability to issue fines means we could end up letting the government off the hook for environmental harm. We don’t want a concessionary puppet agency, we want a watchdog with teeth.

Environment bills don’t come around very often. The last one was introduced in 1995 and had huge implications – it set up the Environment Agency and whole new programmes on tackling waste and air quality.

With several weeks left before the current Environment Bill completes its journey through Parliament, we have a crucial chance to push MPs and Ministers to make the urgent changes that are needed. If we don’t get these crucial details right, we risk wasting a once-in-a-generation opportunity to let our natural world thrive.

TELL YOUR MP TO NOT WASTE THIS CHANCE 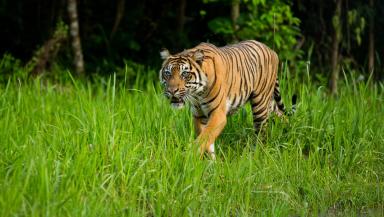 In pictures: sustaining all life on World Wildlife Day

World Wildlife Day is a great time to celebrate all the wonderful wild animals who share our planet. It is also a reminder for everyone to join the effort of maintaining a world that can sustain all life on Earth. 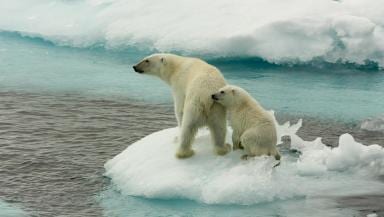 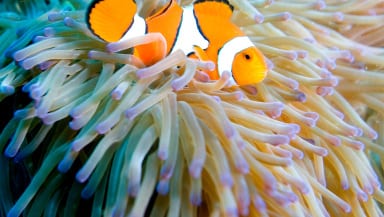