Onshore wind power is hugely popular, and always has been.

Despite their controversial reputation, wind turbines on land are more popular than pizza and The Queen. It’s time to set the record straight.

Nearly everyone in the UK thinks we should build more wind turbines on land. But at the moment, government rules make it nearly impossible to do that.

And if you listen to debates in the media, you’d never guess how popular onshore wind power really is.

Luckily, the government and other public opinion researchers regularly ask people what they think. Here are the facts:

Only 4% of people in the UK oppose onshore wind energy. A tiny 1% say they strongly oppose it. So for every onshore wind opponent, there are 20 supporters.

A small group of Conservative MPs has attacked onshore wind. But their voters don’t agree. The most recent poll, from 2019, found that three quarters of people who voted Conservative in the last general election support onshore wind.

Nearly two thirds of people in rural areas support onshore wind. A 2016 survey found that 65% back wind energy, with just 25% against. More wind turbines are built in rural areas, so it’s important to know that people in these places are supportive.

Most people don’t realise how popular onshore wind is

Here’s a strange thing about the wind power debate. Most people love it, but they assume everyone else hates it.

Back in 2016, the climate charity Possible asked people whether they support onshore windfarms. 73% said they did. Next, they were asked to guess what level of support windfarms had across the country. The average answer was just 42%, and nine out of 10 people’s guesses were too low.

Why do people get this so wrong? Well, despite being vastly outnumbered, the people who don’t like onshore wind do get a lot of attention.

There’s no simple answer for why this happens, but it could be because opponents tend to be more angry and outspoken in their beliefs. Many also come from influential sections of society (like Conservative MPs). Many journalists also feel the need to present a ‘balanced’ debate on issues like this, despite the very unbalanced number of people on each side.

All this can add up to create the impression of huge opposition, which isn’t matched by the reality. So next time you hear someone talking about how unpopular or controversial onshore wind is, send them this article. And don’t forget to tell your MP how you feel about the issue.

With even government polls showing that eight out of 10 people support the technology, here are 10 things that are less popular than onshore wind: 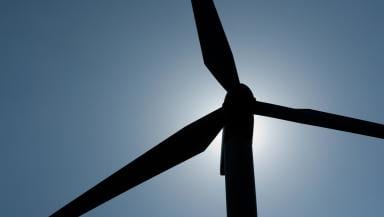 The Greenpeace guide to renewable energy 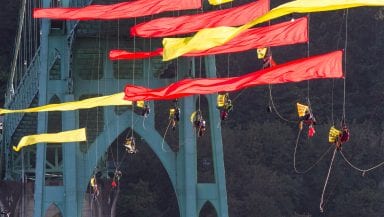 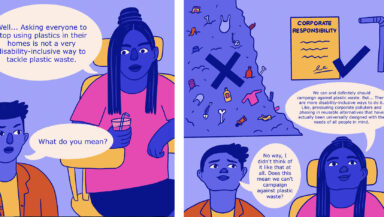 Disabled people often suffer most from plastic pollution, but many also rely on plastic products for health, independence and dignity. In a new comic, illustrator and disability activist Ananya Rao-Middleton explores this complicated relationship.