Michelle, a local Greenpeace volunteer, describes a summer of campaigning for a Global Ocean Treaty to protect the world's oceans – in advance of high-level negotiations at the UN in New York

As the Global Ocean Treaty was being negotiated at large tables behind closed doors at the UN in New York, it often felt far away and nothing to do with me. But during this historic moment, I made it my business.

Officials spent two weeks in August debating over piles of paper to decide how the world’s oceans should be protected for many future generations to come.

As part of my local Greenpeace group, I had spent a number of evenings and Saturdays over the summer chatting with people in my local area.

Then, one Friday morning in August, I met with a UK official heading to these negotiating rooms to tell him what the people in my community think. 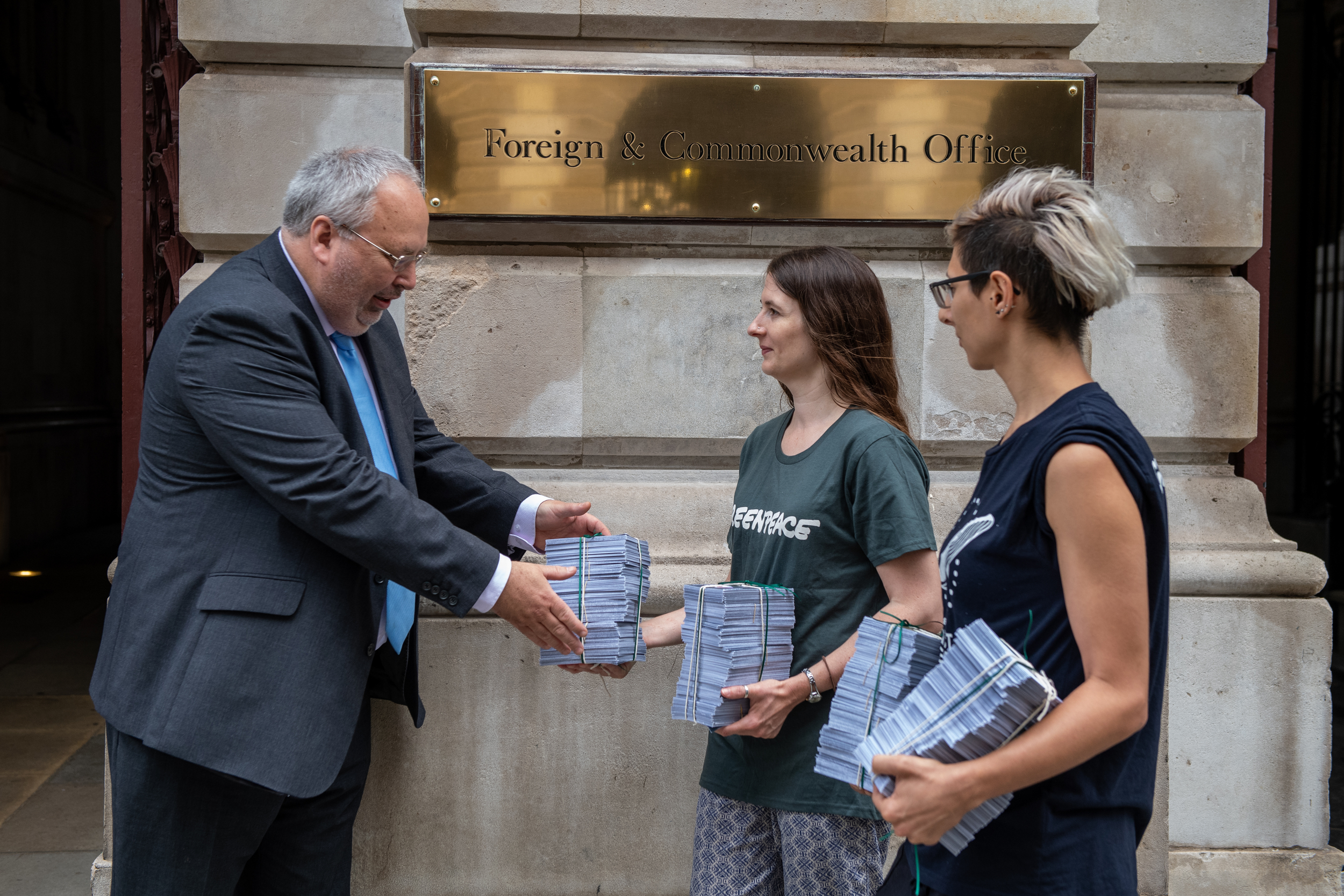 It’s clear from everyone I chatted to on the streets that people love our oceans and are concerned about the state of them. Whether it’s plastic pollution, overfishing, biodiversity loss, climate change, rising sea levels or the threat of new extractive industries like deep sea mining, people want a solution to these many threats. And they want the UK Government to be bold and go BIG in finding one!

By big I mean agreeing to a strong Global Ocean Treaty at the UN – one that paves the way for the protection of 30% of the world’s oceans by 2030. Scientists say this “30 by 30” target is crucial in order to safeguard wildlife and help to mitigate the impacts of climate change. 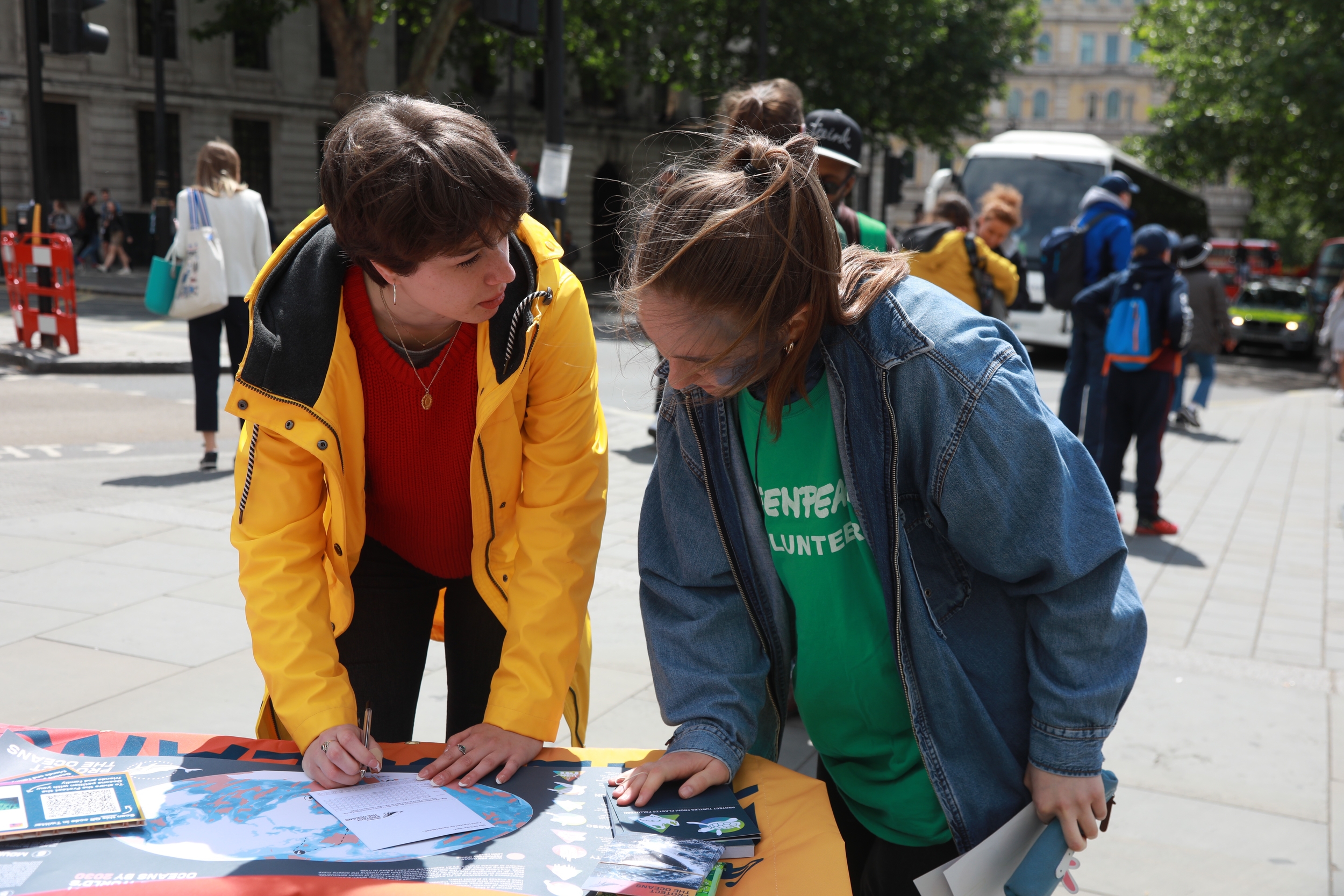 My journey to this point started a few years ago, when I decided to get involved in the local Greenpeace campaign group that meets down the road from my house.

Although I wanted to campaign locally, I also knew I wanted to campaign on globally significant issues that will greatly impact our future. Combined with my long-held love for the oceans (from years of visiting my family on the Italian coastline), this led to my involvement in the Protect the Oceans campaign. And I’m so happy it did! 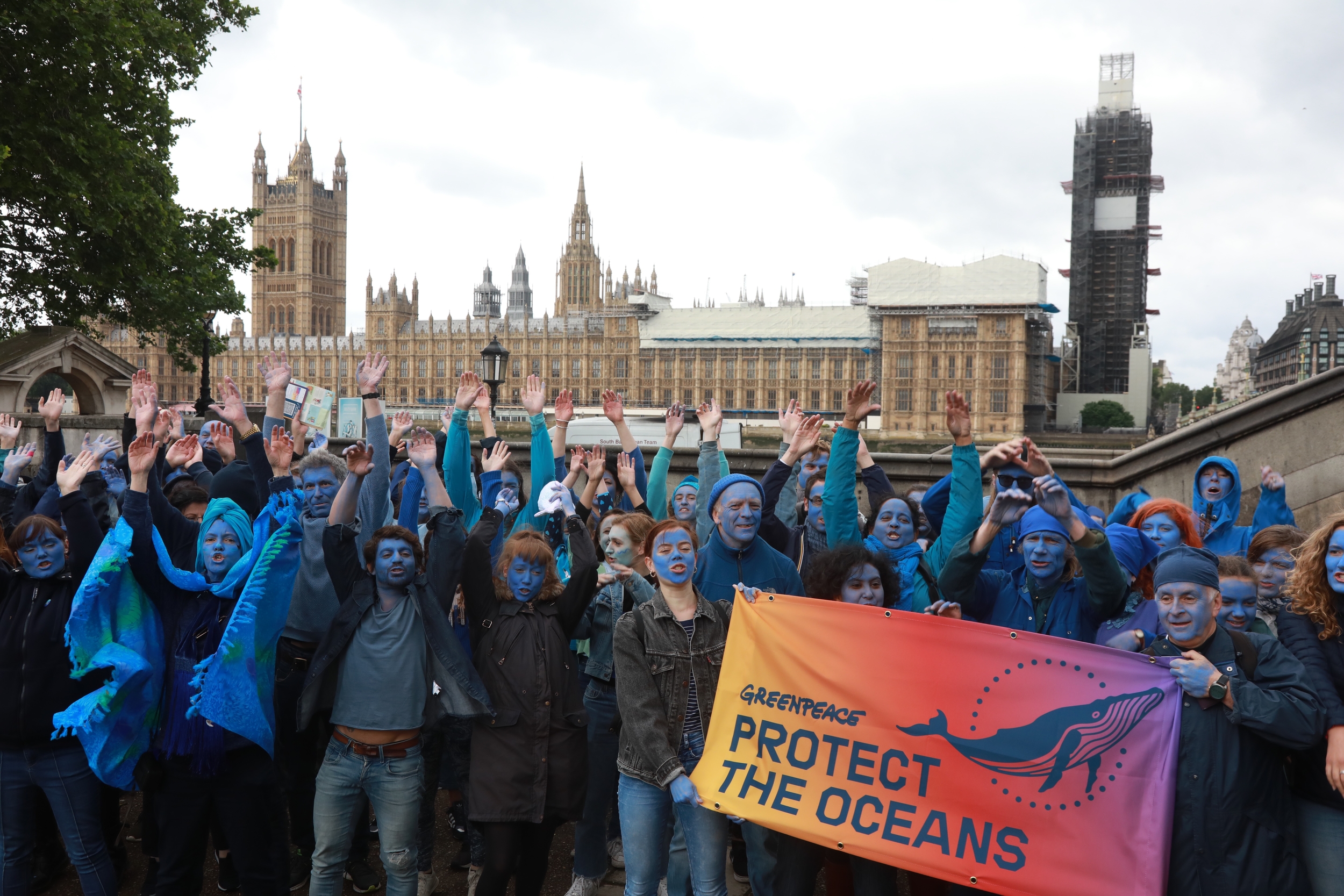 This August, after thousands of conversations on the streets, and 47 blue “human waves” across the UK, I was proud to deliver hand-written messages from the public to the Foreign Office.

There were over 2,700 messages in total, collected by Greenpeace volunteers on high streets and at festivals across the UK. Some of these messages were shown on screens outside the UN meeting, so that officials could read them as they walked by.

The campaign so far has the backing of 200,000 people in the UK and almost two million people globally. 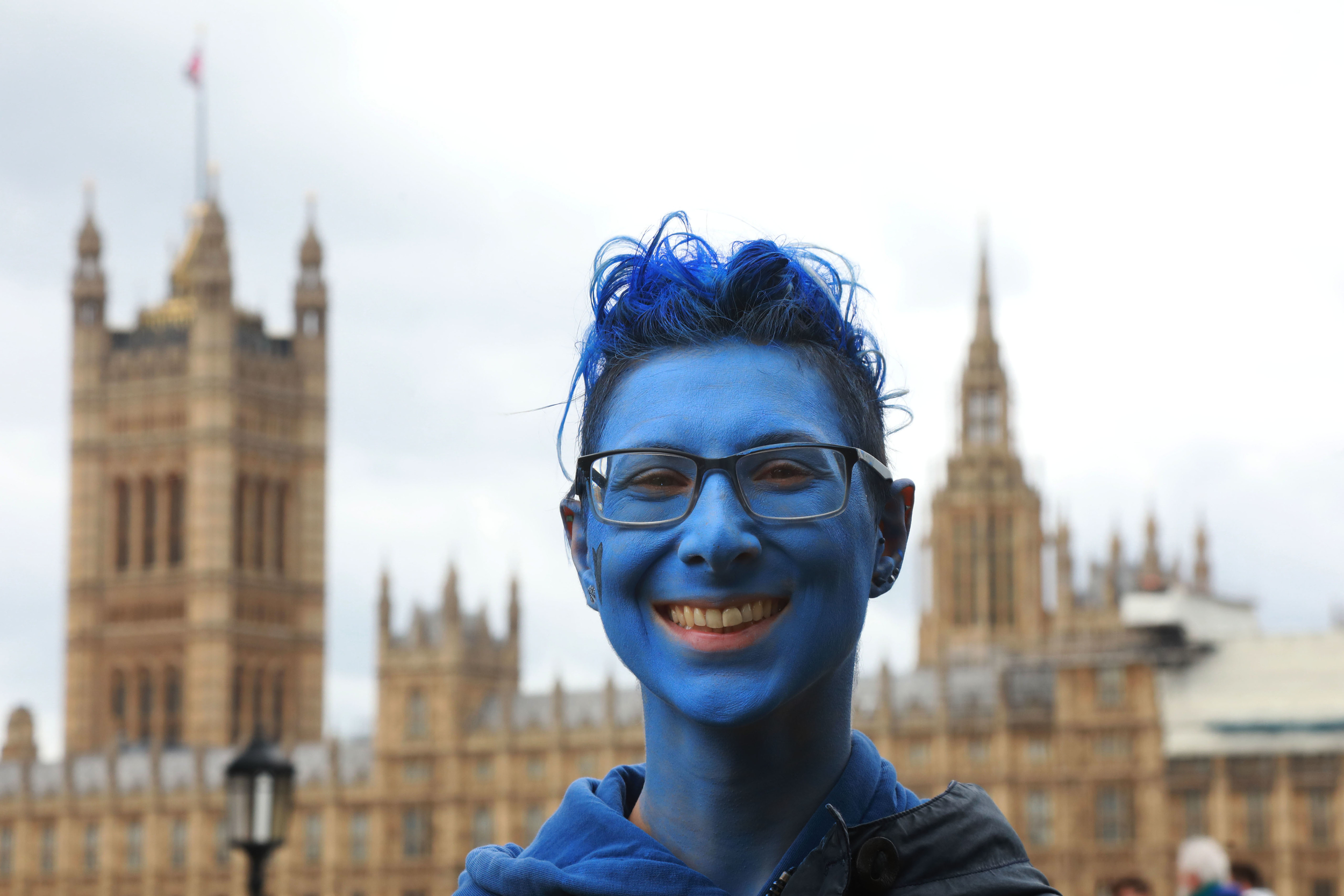 Sadly, we know now that world governments failed to make much real progress in New York at the end of August.

But it’s not all bad news! Our new Prime Minister, Boris Johnson, seems to have heard our calls. At the G7 in August he was apparently rallying leaders for greater international action on ocean protection – so that’s a good start.

Although this UN meeting may be over, the campaign definitely isn’t. Until the last ‘t’ is crossed and the last ‘i’ is dotted next April at the final talks, we’ll be demanding that the UK government does everything in its power to protect the oceans.

Why not take the leap and sign up to get involved with your local campaign group?