Tesco customers have the power to demand change – click here to email Tesco’s CEO and demand they stop doing business with forest destroyers.

Fires in the Brazilian Amazon, Cerrado and the Pantanal wetlands are not natural disasters. Huge areas of these precious forests are slashed and burned every year to make way for cattle ranches and to grow soya for animal feed. 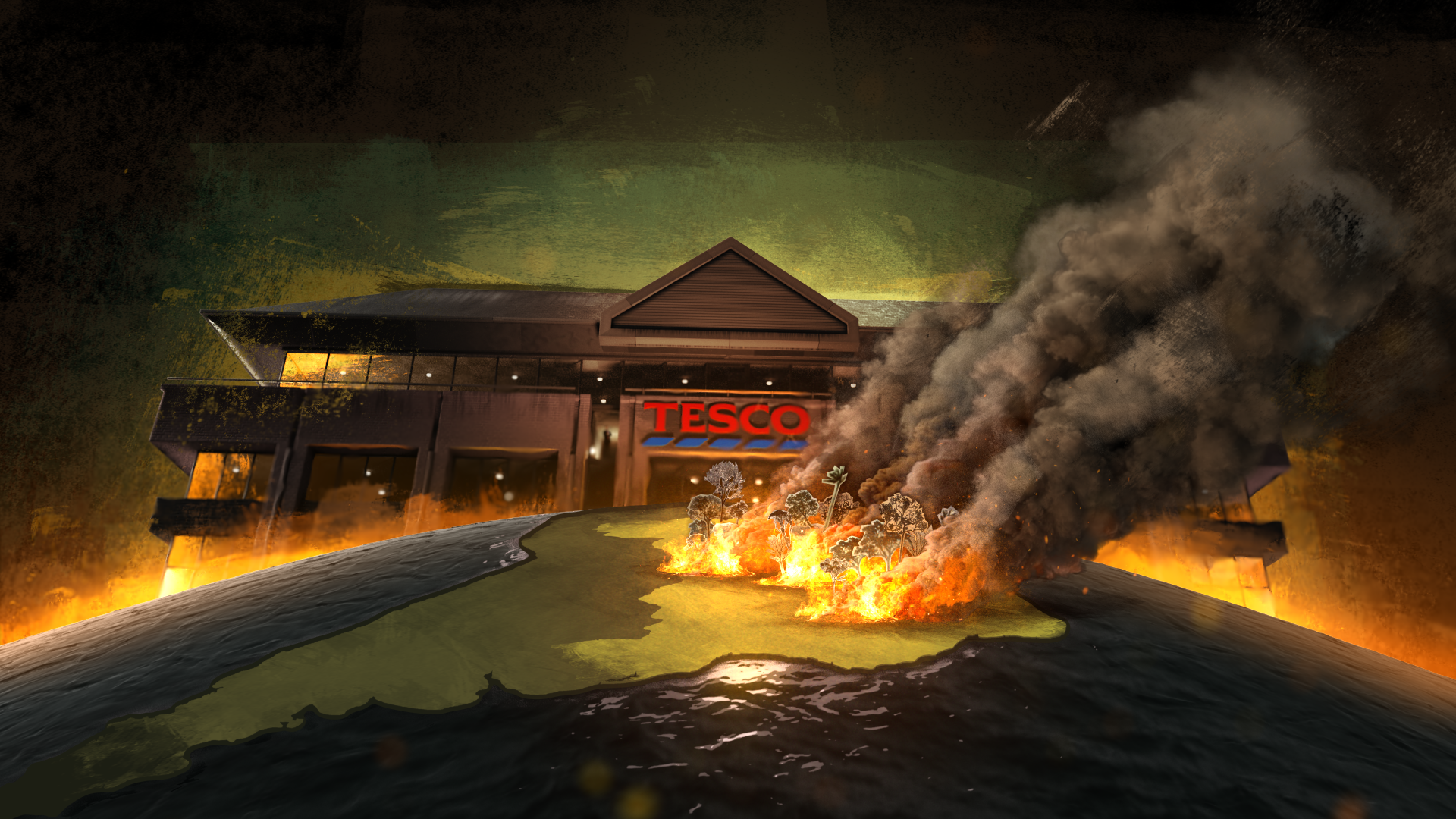 Tesco is complicit in forest destruction across Brazil.

As the UK’s biggest supermarket, Tesco sells more industrially-produced meat than any other UK supermarket. To do this, the company buys soya to use as animal feed in its own meat and dairy supply chainsA supply chain is the network of companies involved in the different stages of producing a product. For meat sold in supermarkets, this might include the plantations that grow animal feed, livestock farms, slaughterhouses, packaging manufacturers, and so on.here in the UK.

Read on to learn exactly how Tesco is complicit in forest destruction across Brazil, and why it’s  a big problem – not just for the Indigenous Peoples who live there, but for the whole world trying to fight climate change.

Who are the forest destroyers Tesco is buying from?

Tesco buys many of the meat products it sells from companies owned by JBS, a notorious Amazon rainforest destroyer.

It gets confusing, because Tesco will tell you that it doesn’t buy meat from Brazil.

But Tesco does buy meat that comes from companies owned by JBS. By buying from these companies, Tesco is making a profit out of Amazon destruction. 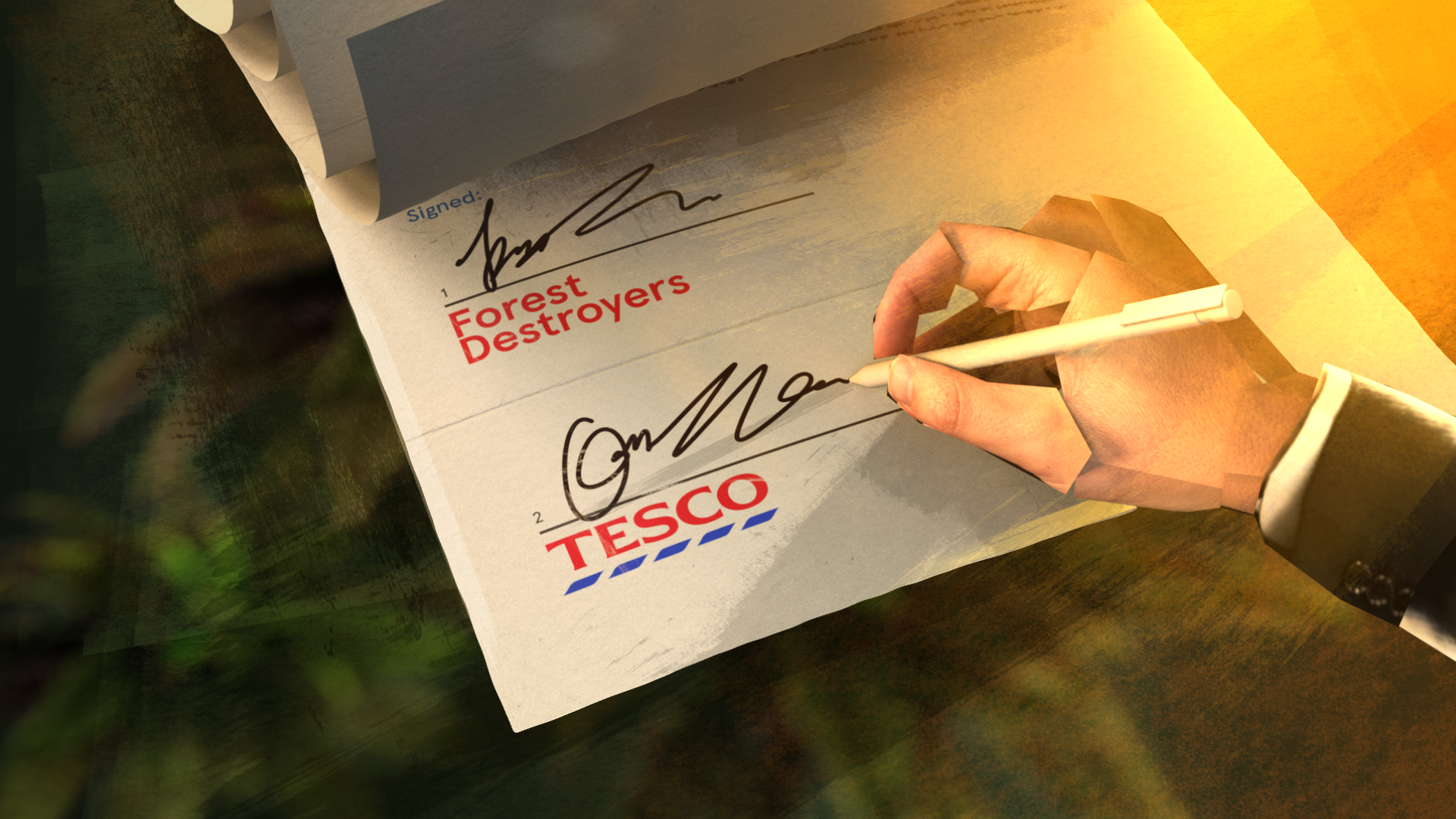 Tesco buys many of the meat products it sells from companies owned by Brazil forest destroyer, JBS.

In addition, Tesco is buying British chicken and pork which is reared on feed made with soya from deforested land in Brazil. The massive amount of soya needed to feed the meat that ends up on Tesco’s shelves drives fires and deforestation across Brazil’s most important forests, especially in the Cerrado.

So even if Tesco doesn’t buy meat directly from Brazil, it’s making huge profits out of selling products that are fed on soya grown on land deforested in Brazil by fire.

Despite not making world news headlines since 2019, the Amazon’s fires are still raging. This year they broke records. they’re getting worse every year.

Large parts of the Amazon rainforest are emitting more carbon dioxide than they absorb, because of fires and deforestation. 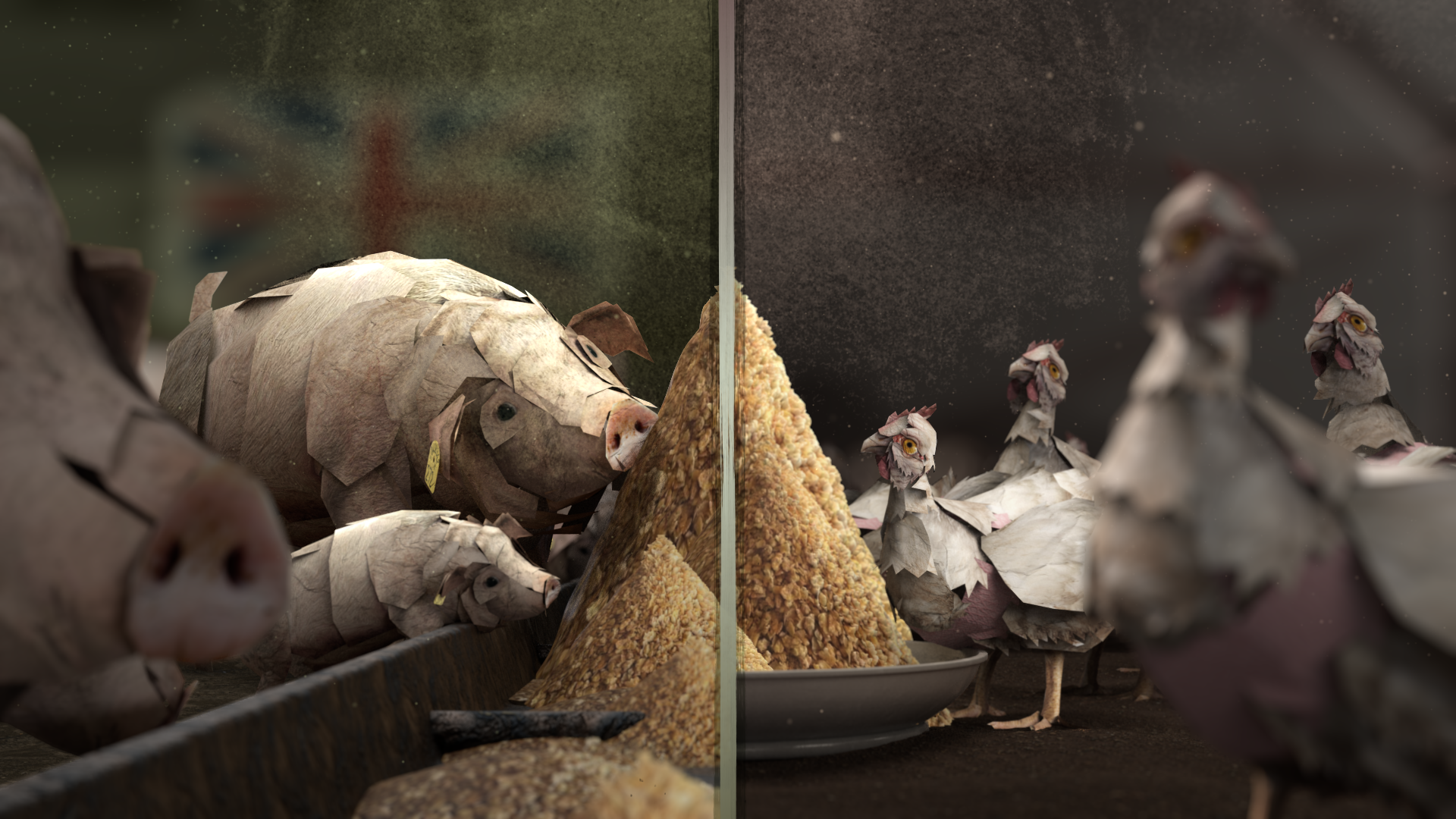 Even Tesco’s British chicken and pork may have been reared on feed made with soya from deforested land in Brazil.

Between 2020 and 2021 Amazon deforestation has hit the highest levels seen in a decade. The Bolsonaro government, which took power in 2019, has cut funding for environmental protection.

And Brazil’s government is allowing the country’s powerful industrial meat sector to lobby for changes to laws that protect the forests like the Amazon, and Indigenous Peoples lands and rights.

Tesco are complicit in the fires raging across Brazil, which are causing damage to the people who live there – and the world’s climate. 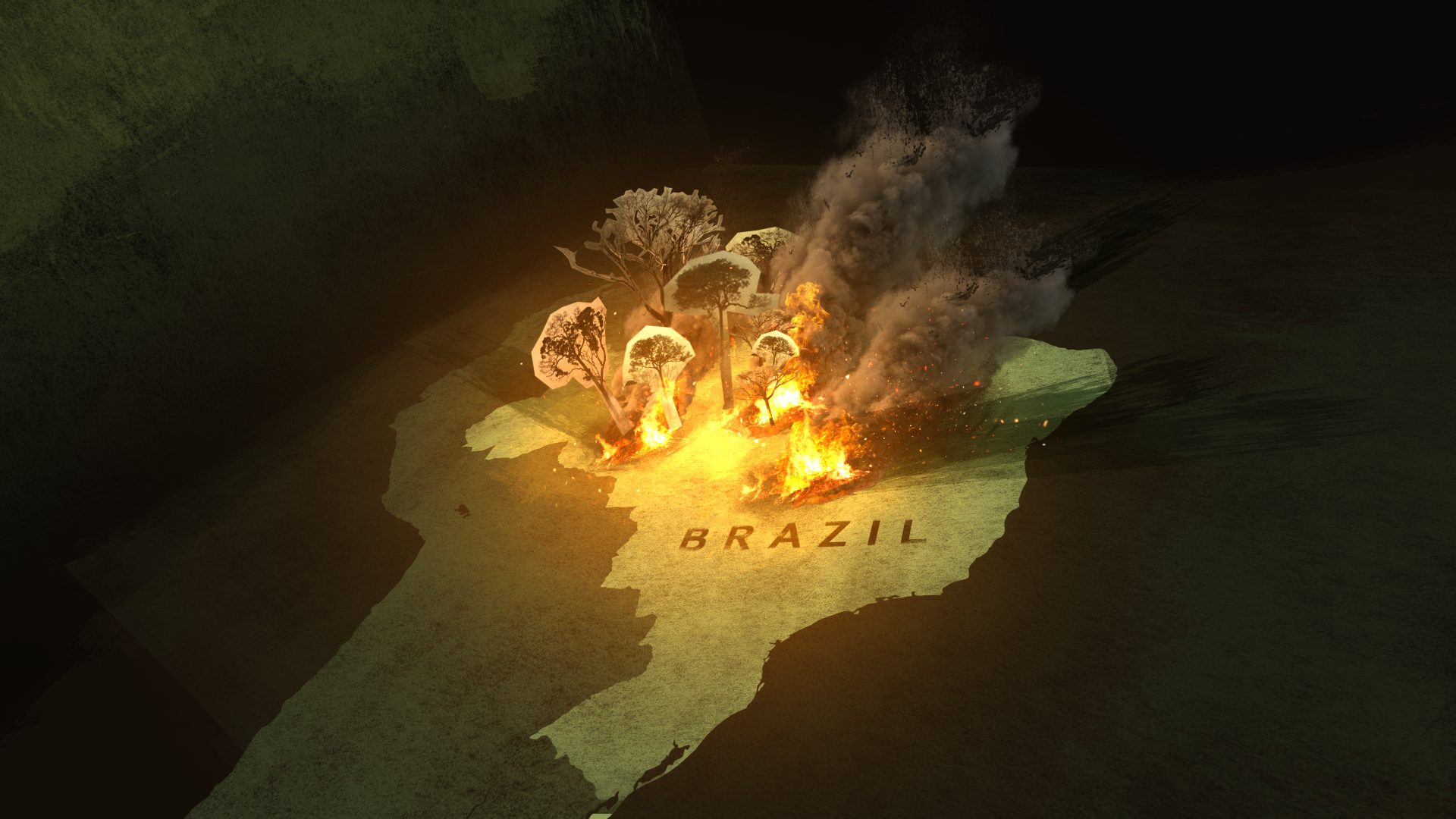 Brazil’s fires might feel like a faraway problem, but Tesco is complicit – and the impacts on the rest of the world are getting worse.

No company should be making a profit from burning Amazon rainforest. As well as being a rainforest that spans across nine countries and is home to a million Indigenous People, it’s the most biodiverse place on earth – and crucial to protect in the fight against climate change.

The good news is that Tesco customers have the power to demand change. You can make your voice heard by emailing Tesco’s CEO, Ken Murphy.