This study reveals extensive contamination with hazardous chemical pollutants at five different locations in Turkey’s Adana province. The pollutants – comprising many hazardous organic chemicals, as well as heavy metals and metalloids – were found both in soil at the sites and in the ashes created by burning practices.

Download the full report here or read a summary below.

The analyses conducted on the ash residues from these five locations shows that contamination was predominantly due to organic chemical pollutants produced during the combustion process of plastics, as well as metal and metalloid pollutants present in the plastic waste.

Some of the organic chemical pollutants identified in the area are not only toxic but highly persistent, and can biologically accumulate once they enter the food chain.

Contamination similar to that in the ash was also found in the soil under the ash, indicating that these highly toxic chemical pollutants were transferred to the soil in these dumping sites after being formed as a result of burning.

After the samples were gathered, plastic waste and the ashes formed after combustion have been partially cleared in some of these areas. The authorities should publicly detail how the relevant dangerous materials were handled and disposed of, as well as what public health and environmental health precautions are taken.

While some of the ash and plastic waste has been partially removed, the polluted soil residues remain below and require urgent attention. This contaminated soil continues to pose a significant risk to the environment and to human health.

The authorities need to clearly and unequivocally explain the disposal method used for the contaminated ash. Otherwise, the area that the waste is transferred to, the employees transferring the waste, and the settlements along the way may have been contaminated with materials containing high levels of polychlorinated dibenzodioxins/furans (PCDD/Fs), some of which are highly toxic.

Plastic waste imports must be banned

In order to reduce the toxic chemicals identified in these areas from contaminating soil, air, water, and even the food chain, plastic waste importation must be completely banned. The authorities should investigate whether areas similar to the Adana example exist across the country, and if so, these areas should be cleared safely and responsibly.

The case of Adana demonstrates that the plastic waste trade, which could be defined as garbage colonialism, exposes the ecosystems of the Global South, as well as the people living there, to high levels of hazardous chemicals from the garbage of developed countries.

Or get the extended version with detailed technical data included.

Update, 3/3/2022: For clarity this page has been updated. Chemical contamination was found at the same five locations in Turkey where UK plastic packaging was previously found but this study did not seek to prove a link. 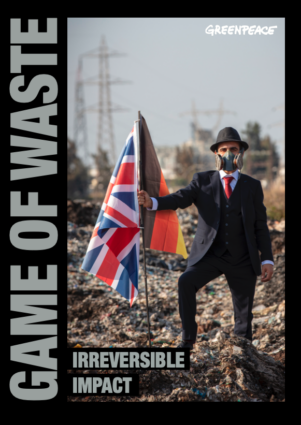 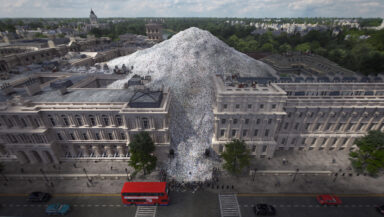 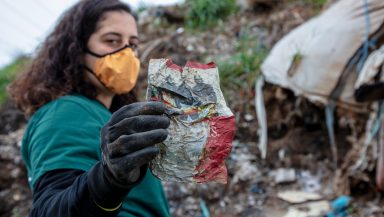 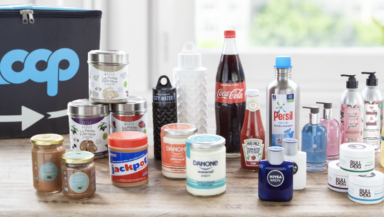 How supermarkets can halve plastic packaging

Supermarkets are under pressure to reduce plastic, but last year they produced more of it than ever. It doesn’t have to be that way though. Greenpeace has released a plan showing how supermarkets can half their plastic packaging by 2025. Here’s what they need to do.