Nuclear: Why the UK should not rush a decision on Sizewell

Briefing and letter to the Chancellor Rishi Sunak on the future of new nuclear power in the UK.

To read the full briefing with footnote references, download the PDF version.

With an upcoming White paper on Energy this Autumn, expected to lay out the UK position on new nuclear power, there appears to be a prospect that the UK government will agree a financing deal with EDF who are ‘demanding clarity’ over funding for Sizewell nuclear power.

There are many good reasons for the UK Government to resist this. The Johnson/Sunak government could well be in line for the condemnation which greeted the decision to go ahead with Hinkley Point nuclear power station. Theresa May’s government approved this in 2016, and it is seen as a ‘dreadful deal’.

Will Sizewell be needed?

The UK Government has commendably set a ‘net zero emissions’ target in law. Electrification of sectors including heat and transport is a central part of the decarbonisation strategy, and so zero carbon power is essential to making it happen. The case nuclear advocates make is that the grid system will not be able to cope with only having variable renewable power like wind and solar.

However, the proportion of zero carbon power that can be delivered by renewables with full system security has climbed as smart technology and understanding of how to manage the system has improved.

In the early noughties, single figure percentages of variable renewables on the grid seemed to be the upper limit. In 2015, National Grid scenarios anticipated the range of possibilities for renewables in 2030 at 33-48%. But by 2020, the National Infrastructure Commission (NIC) said 65% renewables by 2030 is cost-effective – not the limit of what is achievable. The proportion of wind and solar that the grid can accommodate is only likely to keep increasing as the collapsing cost of batteries, other forms of storage and green hydrogen allow ever greater proportions to be managed. Insisting on a nuclear component for this purpose is a punt on saying that the innovation process will slow or stop.

Given the earliest a Sizewell reactor would be supplying power would be 2034, is the Government really going to commit to something where technological advances would make it a white elephant before it opens?

Even in 2018 (before further drops in the costs of offshore wind) the NIC advised that only one more nuclear power station should be approved before 2025. So, even for those who see the nuclear issue as purely one of cost (ignoring those issues of waste management, accident risk, proliferation etc) there is simply no rush to strike a financing deal with EDF for Sizewell.

There are of course a number of global energy scenarios (often broken out into countries and regions), which say that 100% renewables is perfectly feasible.

The reactor EDF proposes – the EPR

The proposed reactor at Sizewell, the EPR, has a dismal performance record on costs and punctuality. Both Hinkley Point C and Flamanville EPR reactors are late and over budget. Flamanville is 5.8 times the original quoted cost and 12 years late. The EPR being built at Olkiluoto in Finland is now 13 years late and costs have roughly tripled. This matters because any financing by HMG of a Sizewell project, either directly or via Regulated Asset Base (RAB) type mechanism would make these cost-overruns the government’s (& the taxpayers) problem.

There are now demands for a decision to be made quickly on the Sizewell project. This is not surprising. Saying such decisions are “urgent” is the stock in trade for supporters of an industry that doesn’t want anyone to step back and consider.

Hoping to strike a good deal with EDF should not rely on their analysis or assurances. EDF was fined €5 million by France’s financial markets authority for spreading false information about the terms of the Hinkley deal. As the report around this event puts it:

“The fine was handed down amid growing frustration in France over the ‘unacceptable’ delays and cost overruns at [Hinkley], which EDF is building alongside the Chinese nuclear company CGN.”

In part, this is because France’s state auditor has questioned the ability of EDF to construct new reactors within “acceptable” costs and timeframes.

If a decision is taken to finance an EDF EPR at Sizewell, either by RAB or direct funding, these problems become the UK Government’s problem, not those of EDF or the French government.

The failure to take a considered look at Hinkley rather than always ‘urgently’ trying to press ahead meant a heavy cost – both to UK consumers and taxpayers, and to the UK Government’s wider credibility in delivering an industrial strategy that is in line with the direction of the 21st century economy. As the Economics Editor of the Telegraph put it in 2016:

“[Hinkley] risks degenerating into an epic white elephant as we pay fat subsidies into the second half of the 21st Century….The energy world has changed utterly over the last decade as climate policy drives a massive global push for renewable power, transforming the calculus of future costs. “It looks like a contract that was written five years ago on a business case that was probably pulled together 10 years ago.”

However, the Cameron and May Governments steadily allowed themselves to be drawn in and dug themselves into a hole, from which they could not climb out. As the National Audit Office (NAO) rather more gently put it:

“In September 2016, HM Treasury highlighted how the value-for-money case for HPC had weakened. But it concluded that the legal, reputational, investor and diplomatic ramifications of not proceeding meant it was, on balance, better to continue.”

However, the NAO also point to a more fundamental flaw in the Government’s approach:

“In a 2008 white paper, the government set out its strategic case for new nuclear build….Since then, the economics of nuclear power have deteriorated.”

It is 12 years since there was a proper case made for new nuclear compared to the alternatives in delivering a reliable, affordable and efficient zero carbon power system. The case for new nuclear power was very poor well before the 2016 Hinkley decision was made, but it is now disintegrating by the week as cheaper renewables, more effective storage and better system management becomes available.

The current Government has the opportunity now to review the latest trends and take stock of which technologies truly will serve the UK best in delivering on net zero reliably, and levelling up across the country without placing unnecessary additional financial burdens on households. In this light, it is particularly critical that Ministers resist jumping into a rash decision in the face of EDF demands for clarity.

Read the letter sent from Greenpeace to the Chancellor. 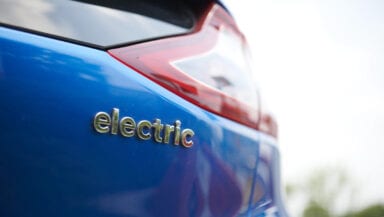 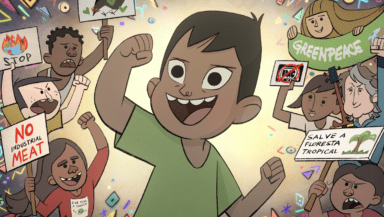 Explore and act on plastic pollution (for 7-11 year olds)

This engaging classroom and youth group resource enables 7 – 11 year olds to explore what plastic pollution is and how they can take action to become part of the solution.