Antarctic penguins are in trouble. Here’s how we can help them

Scientists are braving the freezing Antarctic conditions to count chinstrap penguins - and it’s not looking good. Penguin numbers in the area have dropped by around two-thirds, but a new network of ocean sanctuaries could help them recover.

Picture this. You’re on a remote island in the Antarctic, it’s freezing cold, and you’ve been living on a ship for the last three weeks.

Oh, and it’s your job to count every penguin in this colony. 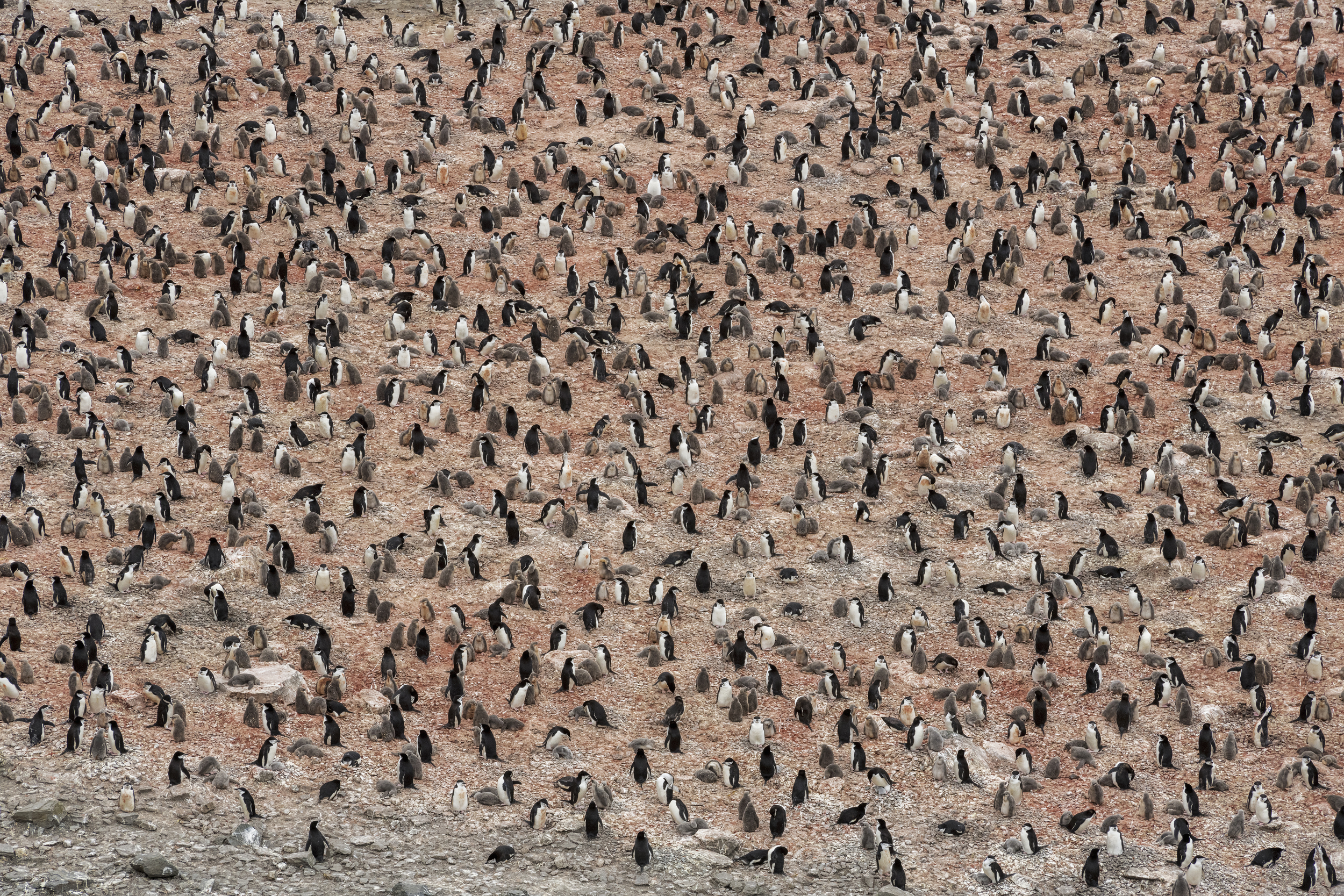 The scientists do use drones and artificial intelligence to help out, but there’s still a lot of counting by hand – and wishing the penguins would stand still.

The team of scientists, from Stony Brook and Northeastern universities in the USA, traveled to Antarctica on the Greenpeace ship Arctic Sunrise, and they’ve been surveying chinstrap penguin colonies on Elephant Island, near the Antarctic Peninsula.

The team investigate penguin colonies in the Antarctic so they can better understand how climate change and other threats are impacting them, and so we can show the urgent need for better ocean protection. Sadly, it’s not looking good.

Penguin numbers here have dropped by almost 60% – with some colonies losing as much as 77% of their population since they were last counted in the early 1970s. The scientists are talking about a ‘fundamentally changed’ ecosystem, and say that all the evidence they have points to climate change as the main culprit.

Why does a warmer world mean fewer penguins? It’s mostly about food. Like lots of Antarctic animals, these penguins live on krill, which can get harder to find when there is less winter ice. This pressure on food supplies from the ocean, combined with changes to the land where they nest and raise their chicks, makes climate change a huge threat to the Antarctic’s best-loved residents. 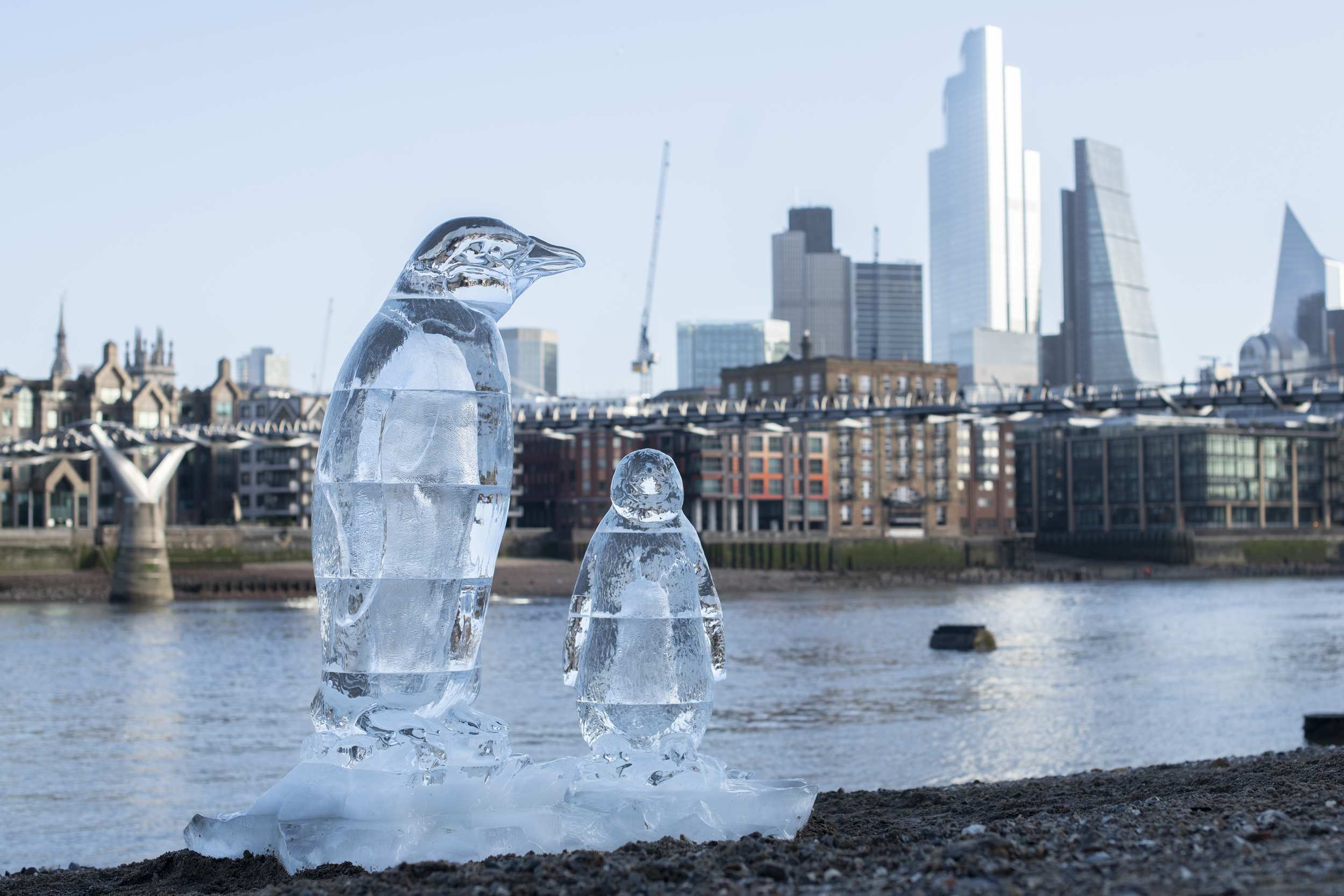 To highlight the threats penguins face, Greenpeace activists installed penguin ice sculptures around the world, including on the shore of the Thames in London. © David Mirzoeff / Greenpeace

But there’s a way to help them

As wildlife struggles, we urgently need new ocean sanctuaries in the Antarctic and across the world. With these in place, animals like these penguins have the space to recover and adapt to our rapidly changing climate, safe from harmful industries.

Right now, governments are negotiating a new Global Ocean Treaty. If they get it right, it’ll open the door to a vast network of ocean sanctuaries, which could protect over a third of the world’s seas. If you haven’t already, please sign the petition calling on the UK government to push for the strongest possible treaty.

Although it’s an incredible privilege to visit Antarctica, working out here can be difficult, dangerous and exhausting. But it’s all worth it to preserve the incredible ocean ecosystems that support all life on Earth. And thanks to you, the crew wake up every day knowing there are more than two million people all over the world, working towards the same goal.