Earlier this month President Trump announced sweeping changes to the 50-year old National Environmental Policy Act (NEPA), which he blames for holding back major infrastructure projects such as roads and new oil pipelines.

Documents seen by Unearthed now reveal that BP, together with its powerful trade association the American Petroleum Institute (API), lobbied the White House to reform NEPA so that the climate impacts of major fossil fuel projects largely fall outside its scope.

Mel Evans, senior oil campaigner for Greenpeace UK, said: “The fact that BP cosied up to Donald Trump to weaken environmental checks is despicable, but not surprising.

“BP knows its business is causing our climate emergency, so it will do all it can to avoid scrutiny from campaigners and regulation from governments.

“The oil industry insists it has a right to dictate how the world fights the climate emergency, and how quickly change happens. But this shows that for all their lip service to the energy transition, BP and the rest of the sector are focusing their efforts on blocking real action to cut emissions and stabilise our climate.”

In recent years initiatives including the Keystone XL oil pipeline and the auctioning of hundreds of thousands of acres of oil and gas leases in Wyoming have been delayed by federal judges on the grounds that their climate impacts have not been adequately assessed under NEPA.

In an August 2018 letter to the White House, BP welcomed Trump’s plans to overhaul the regulations and endorsed a controversial set of changes put forward in a separate letter by the American Petroleum Institute.

The Institute’s letter demanded fundamental changes to NEPA, including how officials could exclude most greenhouse gas emissions from the process of approving major infrastructure projects. This exclusion would extend to the emissions from fossil fuels being extracted, as well as the emissions resulting from burning them.

Earlier that month BP also attended a meeting at the White House convened by the API, together with Shell, ExxonMobil and Chevron, to discuss the reforms to NEPA.

Many of the changes demanded by BP and the API have now been adopted by the White House, with the language and content of the proposed new rule echoing that of the API’s letter. 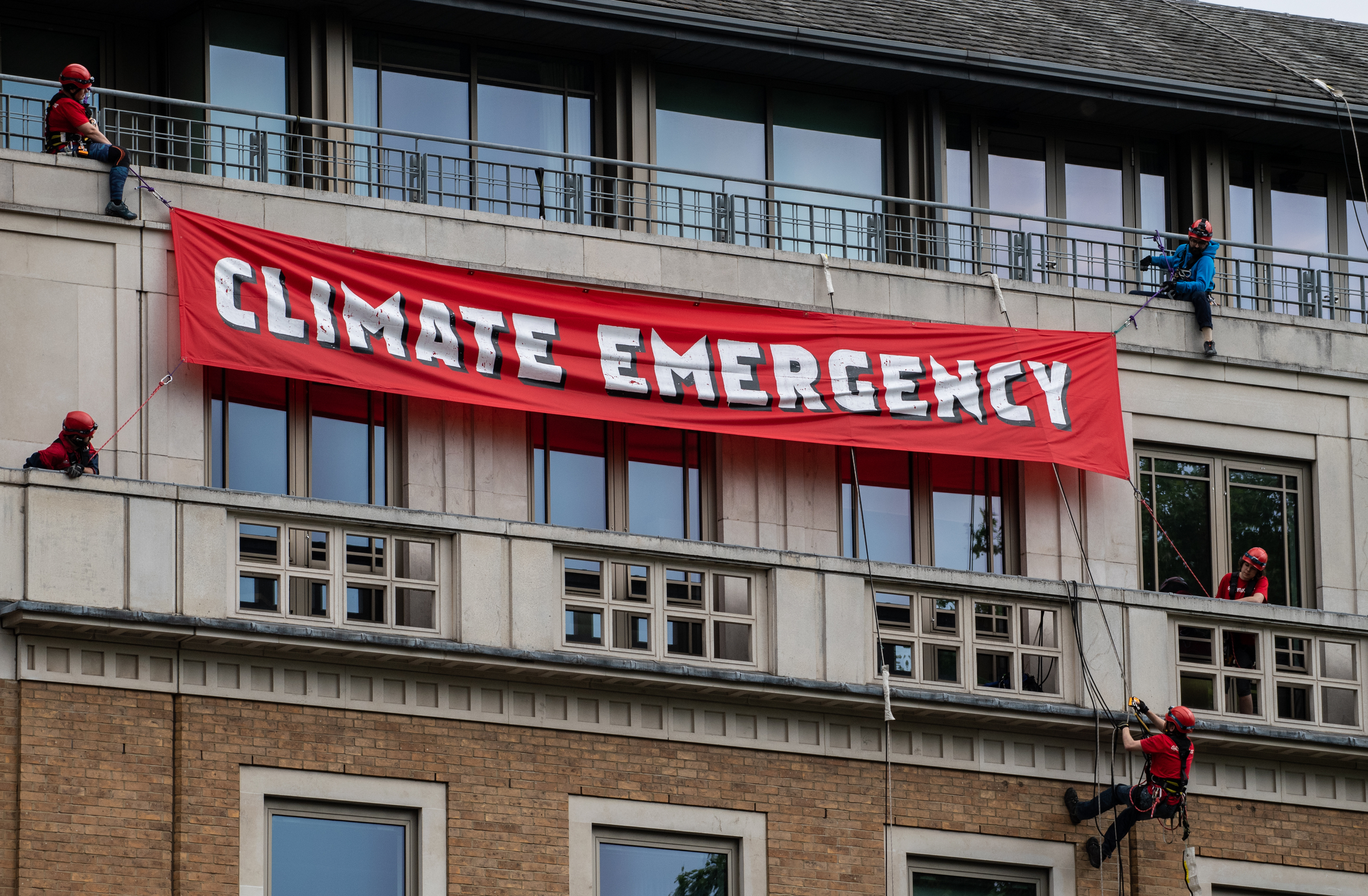 Greenpeace activists blockade all entrances to the BP headquarters in London, demanding an end to all new oil and gas exploration. © Chris J Ratcliffe / Greenpeace

BP came under fire last year after an Unearthed investigation revealed the oil giant had successfully lobbied the Trump administration to roll back key climate regulations preventing the release of methane into the atmosphere.

As a result of the rollbacks at least 1.7 million tons of methane could be released into the atmosphere over the next seven years, equivalent to 58 million tons of carbon dioxide.

The latest slackening of US environmental laws comes months after the UK government admitted it had been failing to properly notify and consult the public on drilling permits awarded to oil companies like BP.

Following a landmark legal case last year, Andrea Leadsom, Secretary of State for the Department for Business, Energy and Industrial Strategy [BEIS] accepted that the UK had failed to properly adopt European laws on environmental checks for drilling permits – meaning that permits had been awarded without a proper consultation process.

BEIS agreed to review the regulations governing these checks and amend them following public consultation.