It’s truly incredible how much Greenpeace supporters like you have achieved in the last 50 years. Powered by millions of actions and donations, Greenpeace campaigns have won some seriously impressive victories for people and the planet.

Over the past five decades, we’ve grown from a handful of people setting sail to stop a nuclear test to an unstoppable worldwide movement of millions.

Since the first time the words “green peace” were said together in Vancouver in 1970 (after the decision was made to confront US nuclear weapons testing), together we have confronted countless governments and corporations.

Last year alone, you helped to get BP to slash oil production by 40% within 10 years. You made the government both ban the sale of new diesel and petrol cars by 2030 and commit to powering the UK with more offshore wind energy. In 2019, activists and supporters from all across the UK celebrated winning a 10-year fight that got fracking banned.

The string of victories stretch across the planet from North to South and as far back as the founding campaigns. Together we kept the Antarctic safe from mining, we got a global ban on nuclear testing and we stopped commercial whaling. We protected the ozone layer with Greenfreeze technology, we protected areas of the Amazon with the Soy Moratorium and we kept big oil companies like Shell out of the Arctic.

Nothing changes without you

For 50 years, Greenpeace campaigns have been changing the world for the better – and all this has happened because of people like you.

Together we have confronted the biggest global environmental threats of the last 50 years, but there’s still more to do.

With our latest campaigns we’re pushing the government to stop new fossil fuel projects, protect our forests and oceans, stop investors funding climate-wrecking industries and make the green recovery fair for everyone.

Want to get more involved with Greenpeace?

6 victories that changed the world 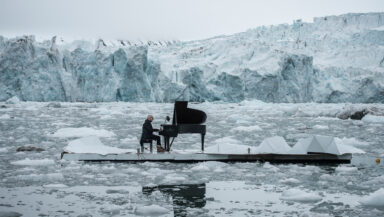