Factcheck: Australia’s unprecedented fires are down to climate change, not arson

A lot of information has been circulating online that puts all the blame for Australia's unprecedented fires on arson or green policies – anything other than climate change. Spreading the myth that fires were deliberately lit is dangerous and wrong. Here is a factcheck tackling some of the rumours.

The fires in Australia – which are still burning – have so far killed 29 people and an estimated one billion animals, scorching 17.1 million hectares, more than two-thirds the size of the United Kingdom.

This devastation of epic proportions has got some journalists and politicians in Australia rushing to find someone to blame. While most now realise the scale of the damage is down to climate change, many people have been misled into thinking a lot of the fires were deliberately lit, for example.

This has been reported as a coordinated effort to shift blame away from climate change in order to protect Australia’s leaders – who have no credible climate action plans.

Those who are rightly heartbroken at the loss of lives, homes, livelihoods and nature deserve the truth.

Is it true that the fires are no worse than in previous years? No. They are unprecedented

The Australian weather bureau has confirmed that 2019 was the nation’s warmest and driest year on record. And while there have been other really bad fire years, scientists have confirmed that conditions this summer are fundamentally worse.

Australia’s usual bushfire season started in spring rather than the more usual summer – and hit much harder because of the hot, dry conditions. Rainfall was reportedly 40% lower across the country last year. The Climate Council – an Australian climate change organisation – reported that, in some parts of New South Wales, fire services have pushed the start of the “danger period” for fires from October to August.

A coalition of former fire chiefs has been trying to meet with the prime minister since April 2019, as they feared this fire season would be longer and deadlier because of the climate crisis. They allege that current chiefs have been locked out of discussions and were “not allowed” to mention climate change.

Were the fires deliberately lit by arsonists? No.

Australia has just experienced its hottest, driest year on record, creating tinderbox-like conditions. Every year in Australia, fires are started by any number of things. They can start accidentally through a spark from a chainsaw or from a barbeque.

Rural Fire Services have said some of the biggest fires in New South Wales were started by “dry lightning”, which strikes dried-up land and vegetation, without any accompanying rain. Some fires are even generating their own thunderstorms, which creates lightning, which then starts more fires.

The unprecedented nature of these fires is not because there has been a sudden increase in malicious activity: it’s because of climate change causing conditions within which fires start and spread easily.

But powerful voices around the world have helped spread the rumour that fires were deliberately lit. Academics researching how this information spread on Twitter concluded that this was the result of a coordinated online disinformation campaign, which used bots to drive certain hashtags into social media. This ultimately spread the lie that climate change wasn’t to blame after all.

This lie has spread so far that even a UK government minister said in the Commons that “it has been widely reported on social media that 75% of the fires were started by arsonists”. However, experts estimate that only about 1% (at most) of the fires were deliberately lit in NSW and Victoria.

Have “Greenies” lobbied against fire-control practices in order to blame climate change? No.

Why would “Greenies” – the Australian term for nature-lovers – want to allow fires to destroy a billion animals, when their professed desire is to stop wildlife habitats being destroyed and keeping our planet habitable? It just doesn’t make sense on any level.

Rumours that people who care about nature would oppose measures to prevent fires from ravaging homes and lives are simply false. The director of the centre for environmental risk management of bushfires at the University of Wollongong, quoted in the Guardian, said that “these are very tired and very old conspiracy theories” and have “been extensively dealt with in many inquiries”.

Are city-dwellers affected by the fires? Yes.

The truth is that numerous towns and cities have been shrouded in fire-ash pollution, meaning keeping the doors and windows closed in the middle of the summer. In a heatwave.

Experts have warned of the long term health effects to people – especially young children – as a result of the toxic haze. 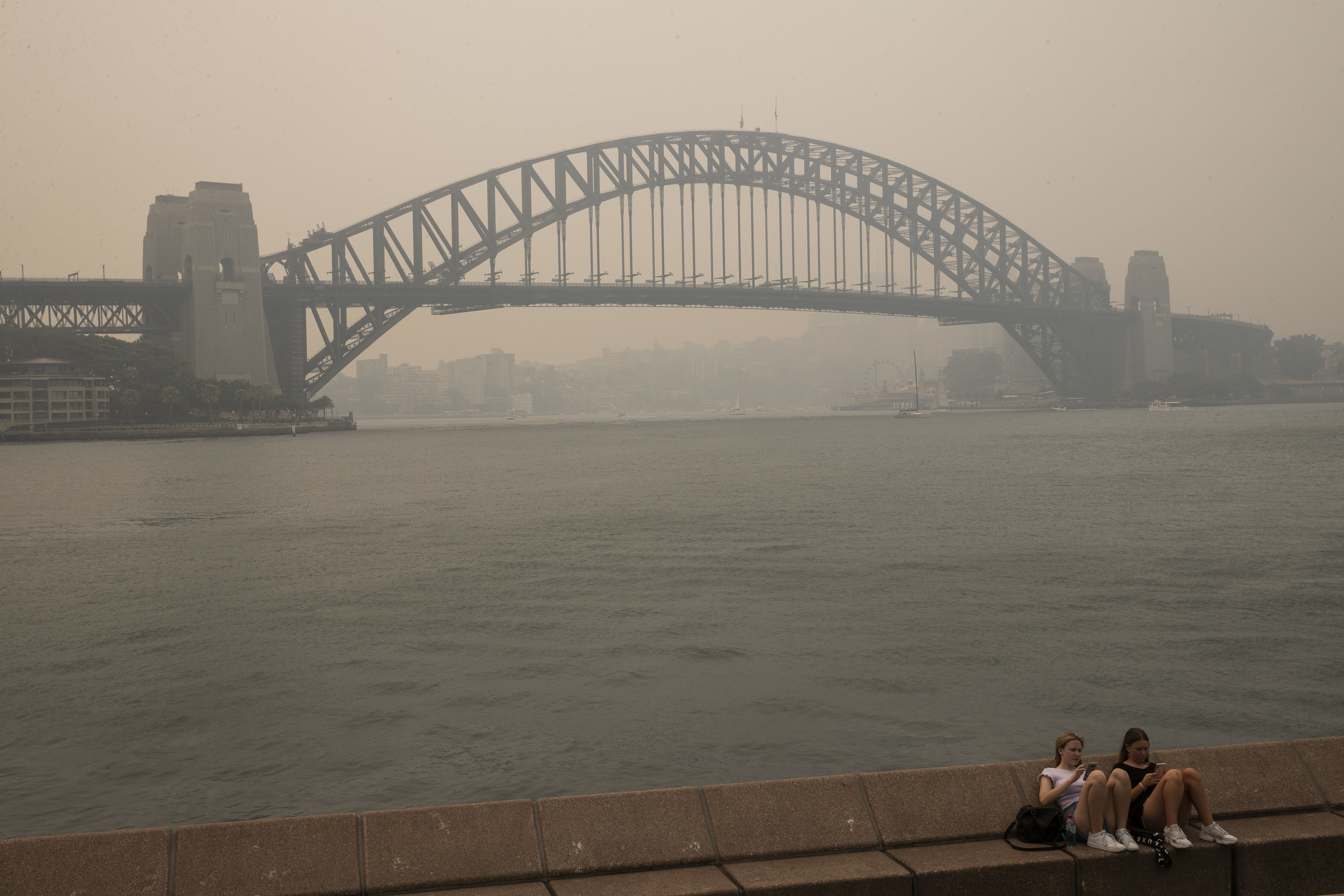 Indoor air purifiers have nearly sold out. Children can’t play outside. Babies and toddlers can’t even breathe without it affecting their health. There is even a concern that urban water supplies will become polluted with ash.

Despite these conditions, people have taken to the streets – their country is quite literally on fire.  As climate change has become a terrifying reality affecting many Australians directly, powerful actors – who always claimed it wouldn’t have any real impact – are making desperate attempts to distract the public from their lack of action. 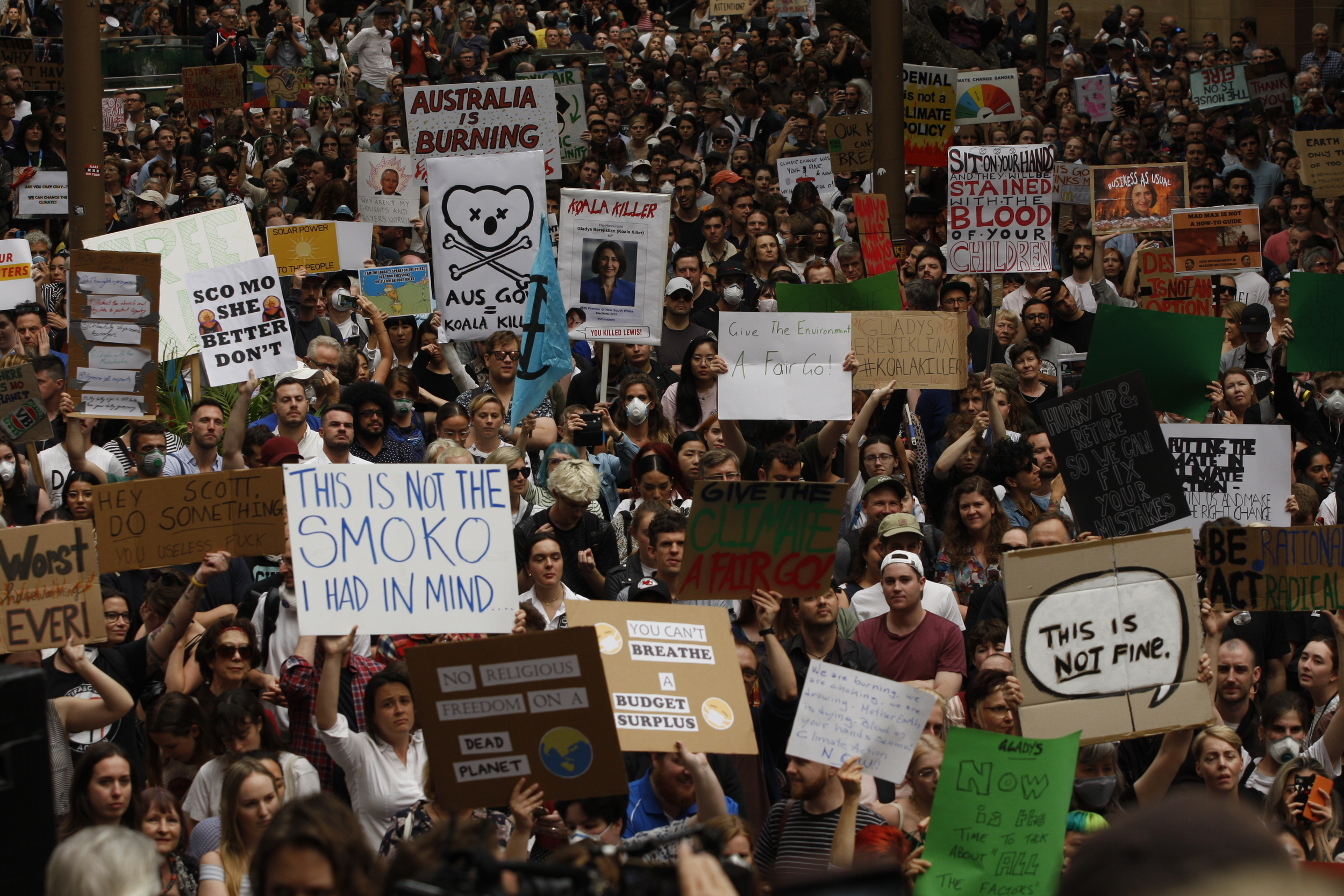 Surely now’s not the time to talk about climate change though? Now is exactly the time.

These fires are devastating and have caused apocalyptic losses of human life, wildlife and forests. The bravery of firefighters and the resourcefulness of communities has rightfully been, and should continue to be, commended. 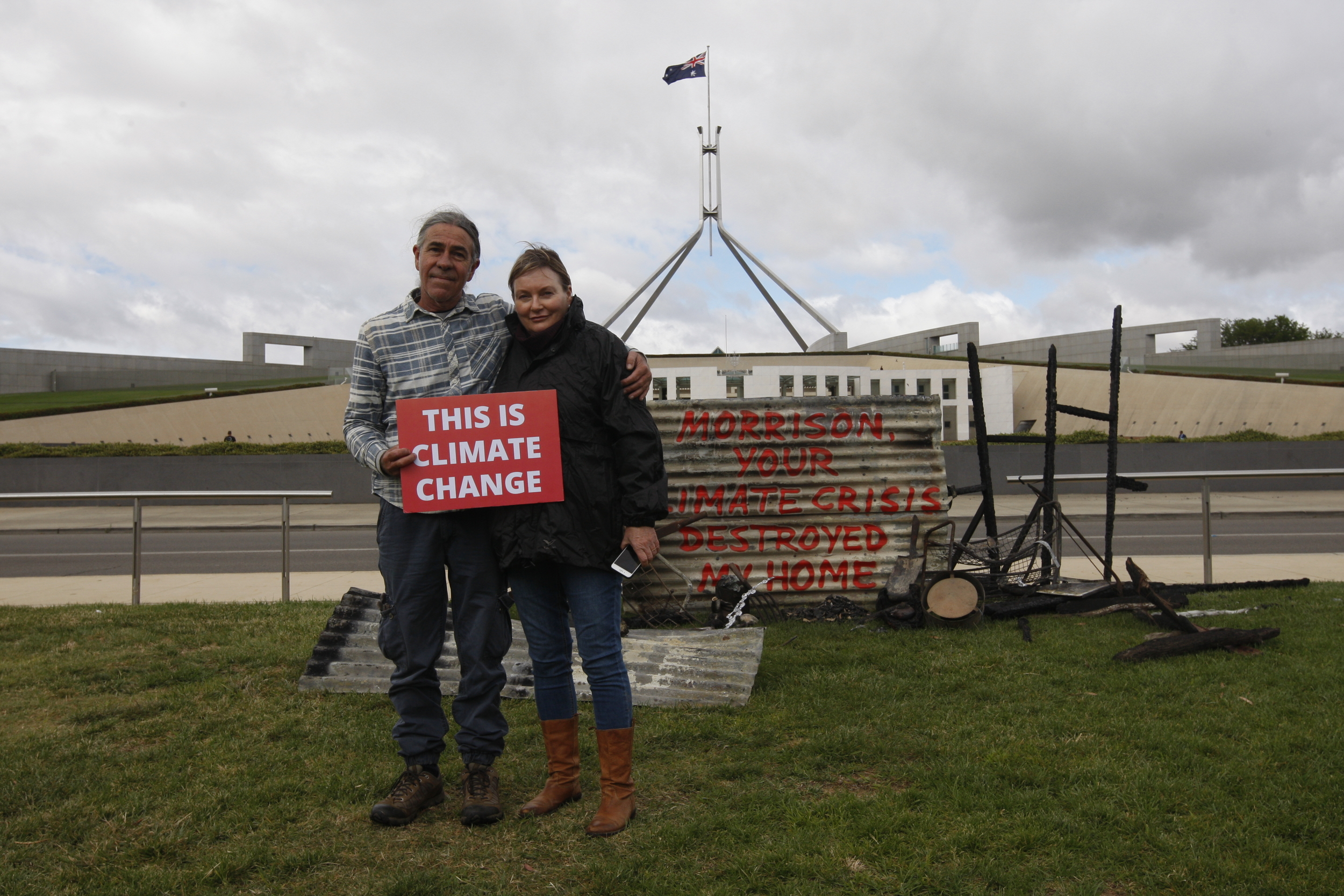 Bushfire survivors Dean Kennedy and Melinda Plesman deliver the remains of their home to Parliament House in Canberra. Their family home of 35 years, in Nymboida, NSW, was destroyed by bushfires which tore through the town on Friday 8 November. © Dean Sewell / Greenpeace

Australian politicians and parts of the media need to stop pushing lies online about the fires being deliberately lit and tackle the real cause of the crisis – the climate emergency.

For Australia, as one of the world’s largest exporters of coal, this means some serious re-thinking of their contribution to the problem.