Like a lot of the best ideas, People’s Postcode Lottery is simple.

It costs £10 a month to play, and winning postcodes are announced every day. If your postcode comes out of the hat, you win.

But it’s what happens to players’ £10 subscriptions that’s the really clever bit. People’s Postcode Lottery was created to raise funds for a wide range of charities. Good causes now receive an incredible £15 million each month thanks to its players. In 2020, a dozen organisations shared £24 million, awarded as part of the Postcode Climate Challenge.

“Responding to the climate emergency and the biodiversity crisis are priority areas for us,” explains Will Humpington, People’s Postcode Lottery’s Climate Change and Environment Advisor.

“Obviously they are huge and urgent challenges, and that’s where the Postcode Climate Challenge came from. It was a way of meeting that urgency by working with a range of different organisations in the field.”

We were over the moon to be chosen as one of the 12 organisations – alongside Friends of the Earth, WWF, The Wildlife Trust and more – and to receive £2 million to invest in tackling the climate crisis.

Thanks to that support, we’ve done everything from supporting young activists to share their voices at the COP26 climate talks to bringing oil workers and MPs together to discuss how to shift to a fair, green economy.

Why this is really a story about supporters like you

Will says a big part of the reason Greenpeace received further funding raised by the lottery’s players is that we could be relied on to deliver. Back in 2019, funds raised by Postcode Lottery players enabled our ground-breaking research into plastics in UK rivers,

“We’re known by the quality of the charities we work with,” Will says. “They have to have a track record of delivering impact, and we have a responsibility to make sure that funds raised by our players go as far as they can in making a significant difference.”

“We’re also looking to work with organisations that are good at communicating and engaging with people, and that have a strong public profile.”

And that’s why ultimately this is a story about Greenpeace supporters like you. Because when Will talks about our public profile, he’s talking about everyone who’s ever taken action with Greenpeace – whether that means donating to our work, joining a Greenpeace group, taking peaceful direct action or sharing a blog like this on social media.

Every action adds up – and helps turn us into the kind of organisation that People’s Postcode Lottery believes can help turn this climate crisis around.

Being involved with the Postcode Climate Challenge has left Will full of optimism for the future.

“And what I loved about this role is working with great charity partners, like Greenpeace, who have the vision and the ability to enable change and make a difference. It’s this brilliant relationship between our players, our organisation and the organisations we support.”

That relationship, Will says, serves as a constant reminder that progress is still undoubtedly possible.

“It’s so easy to have a sort of doom and gloom mentality when you’re thinking about issues like biodiversity loss and the climate emergency, but that never motivates people.

“What works is finding those nuggets of good news and sharing them widely. It’s a privilege to be able to invest through this role so organisations can keep creating that good news. That’s just what’s happened with Greenpeace, and that’s why I see our relationship as such a great success story.”

We can’t thank Will and the players of People’s Postcode Lottery enough for their support. We’re using every penny received to help create a fairer, greener future.

We urgently need 4,501 people to fund our work to protect oceans, save forests and safeguard the climate. 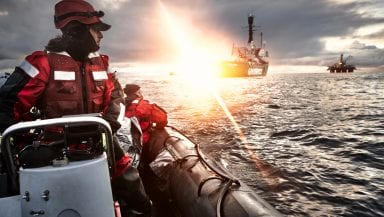 Greenpeace campaigns are changing the world for the better. From saving the whales to getting rid of polluting cars, here are some of the victories Greenpeace has achieved. 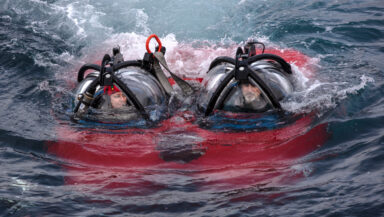