How thriving oceans can help in the fight against climate change

It’s rare for a day to pass without yet another apocalyptic warning about the future of the Earth. Today was no exception with headlines stating that our oceans are in crisis. These headlines are alarming, but thankfully we have a unique opportunity to help the oceans recover and thrive.

Healthy oceans play a vital role in sustaining life on our planet, by providing a source of food for billions of people, and helping to regulate the climate.

But this week the Intergovernmental Panel on Climate Change (IPCC) released a special report containing stark scientific evidence that confirms our worst fears – the climate crisis is an ocean’s crisis.

The carbon dioxide humans are pumping into the atmosphere by burning fossil fuels is warming our planet. This is causing ice sheets and glaciers to melt at an alarming rate and sea levels to rise, threatening to displace millions.

This carbon dioxide is also absorbed by ocean water. This is bad news; it makes the ocean more acidic and harms unique ecosystems, like beautiful warm-water coral reefs. 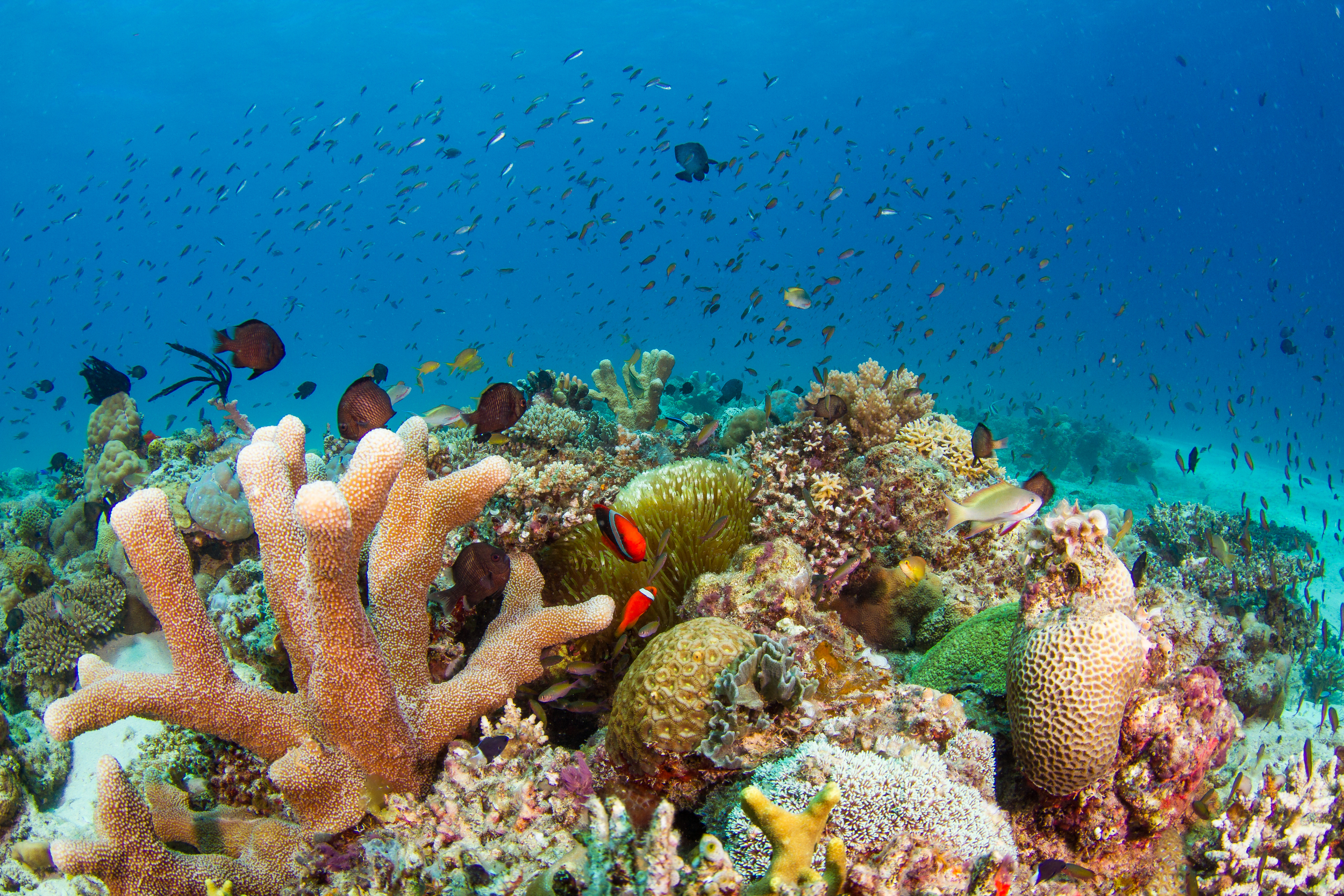 A healthy coral reef at the Palawan Archipelago in the Philippines. © Steve De Neef

Why does this matter? Marine life can help us; it naturally absorbs and stores carbon, locking it away in the ocean. Plants in coastal areas, such as mangrove forests and seagrass meadows, trap carbon in underwater sediment and soil. And sea creatures capture it in the food chain, most of which eventually sinks to the deep ocean seabed in the bodies of dead animals.

We can’t rely on this natural process to tackle climate change alone – we need to halt carbon emissions too. But it’s vital that we protect areas where carbon is stored, and the wider ocean, or the climate crisis will become even worse. 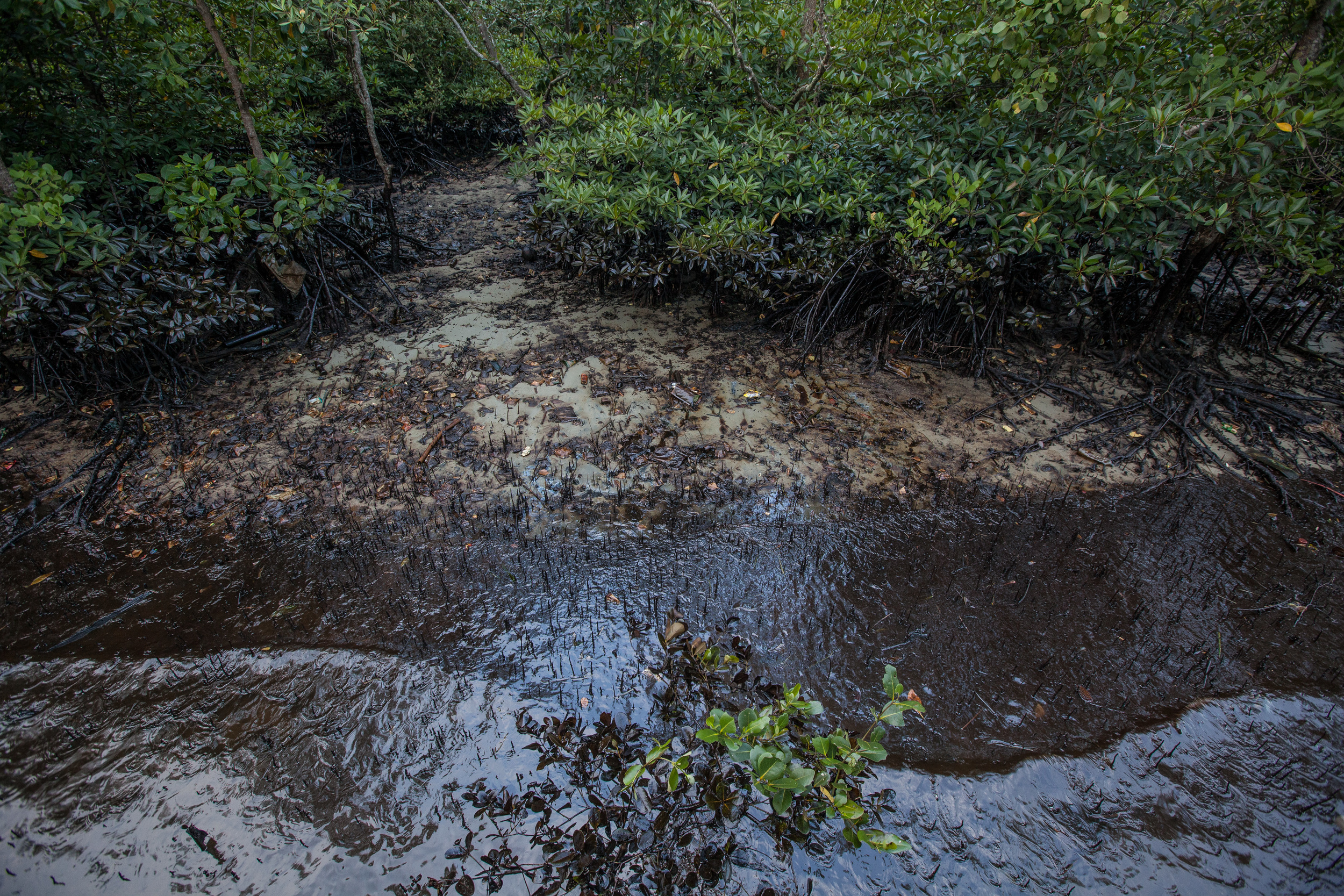 Beyond the threats of the climate emergency outlined by the IPCC report, the ongoing impact of destructive human activities such as overfishing, offshore oil and gas drilling and plastic pollution is causing further devastation. All of this affects our oceans’ ability to cope with and soften the blow of climate breakdown.

Thankfully, among all the bad news, this year there is a huge global opportunity to protect the oceans. Governments are currently negotiating a Global Ocean Treaty at the UN. If a strong treaty is agreed, it could pave the way for a network of ocean sanctuaries, making at least 30% of our oceans off-limits to human activity by 2030.

Such widespread protection would have a profound impact on ocean health, helping marine life recover from human pressures and thrive. Healthy, resilient oceans will continue to slow climate breakdown and support life on earth. 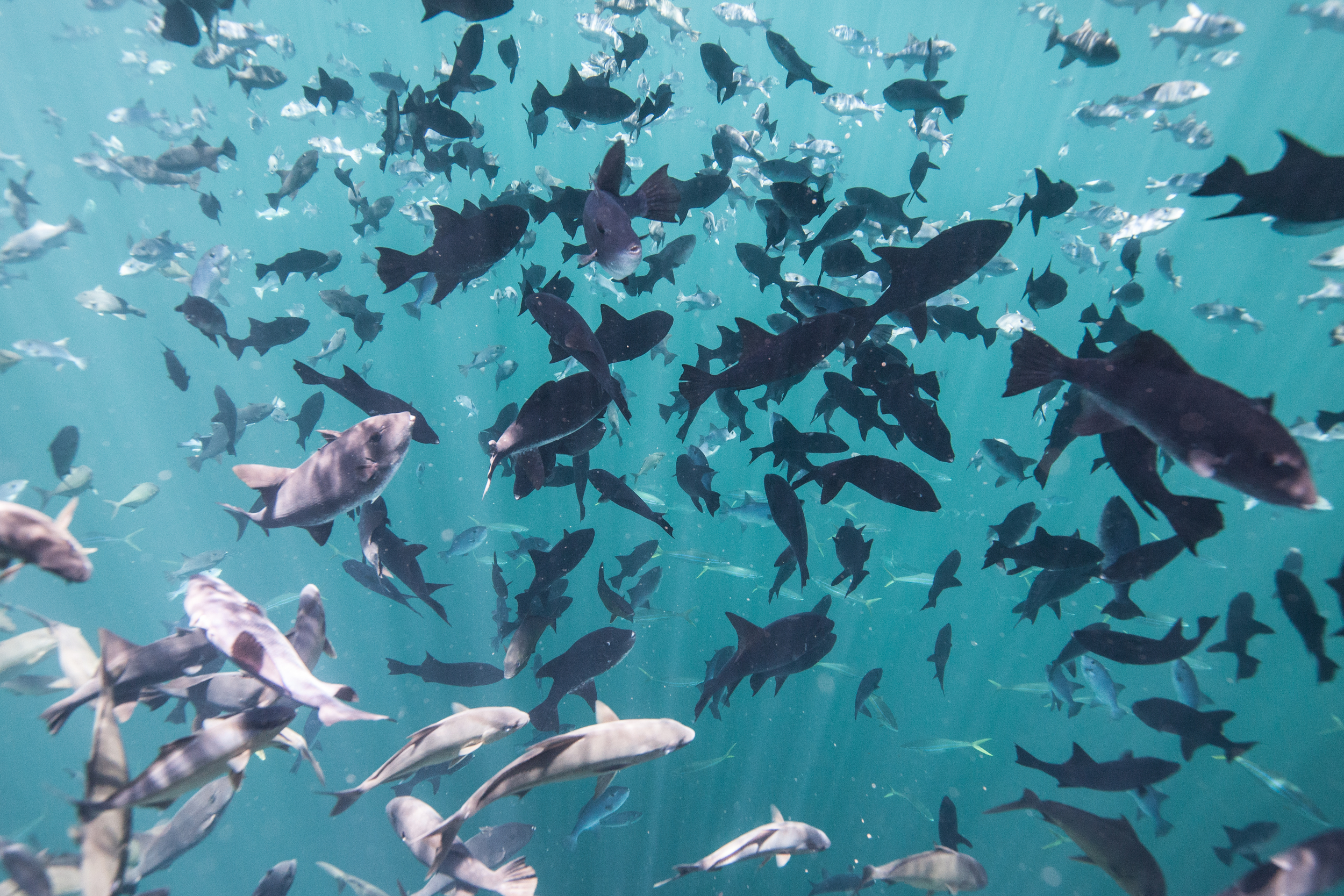 A school of fish in the Amazon Reef, off the coast of French Guiana © Pierre Baelen / Greenpeace

Last month, governments completed the penultimate round of treaty negotiations. Although many countries are supportive of the process, too few are displaying enough ambition to secure an agreement that will really count.

Today’s report is a wake-up call – the UK Government need to prioritise negotiations, and demonstrate this by sending a senior minister to New York next year to personally secure a bold Global Ocean Treaty. 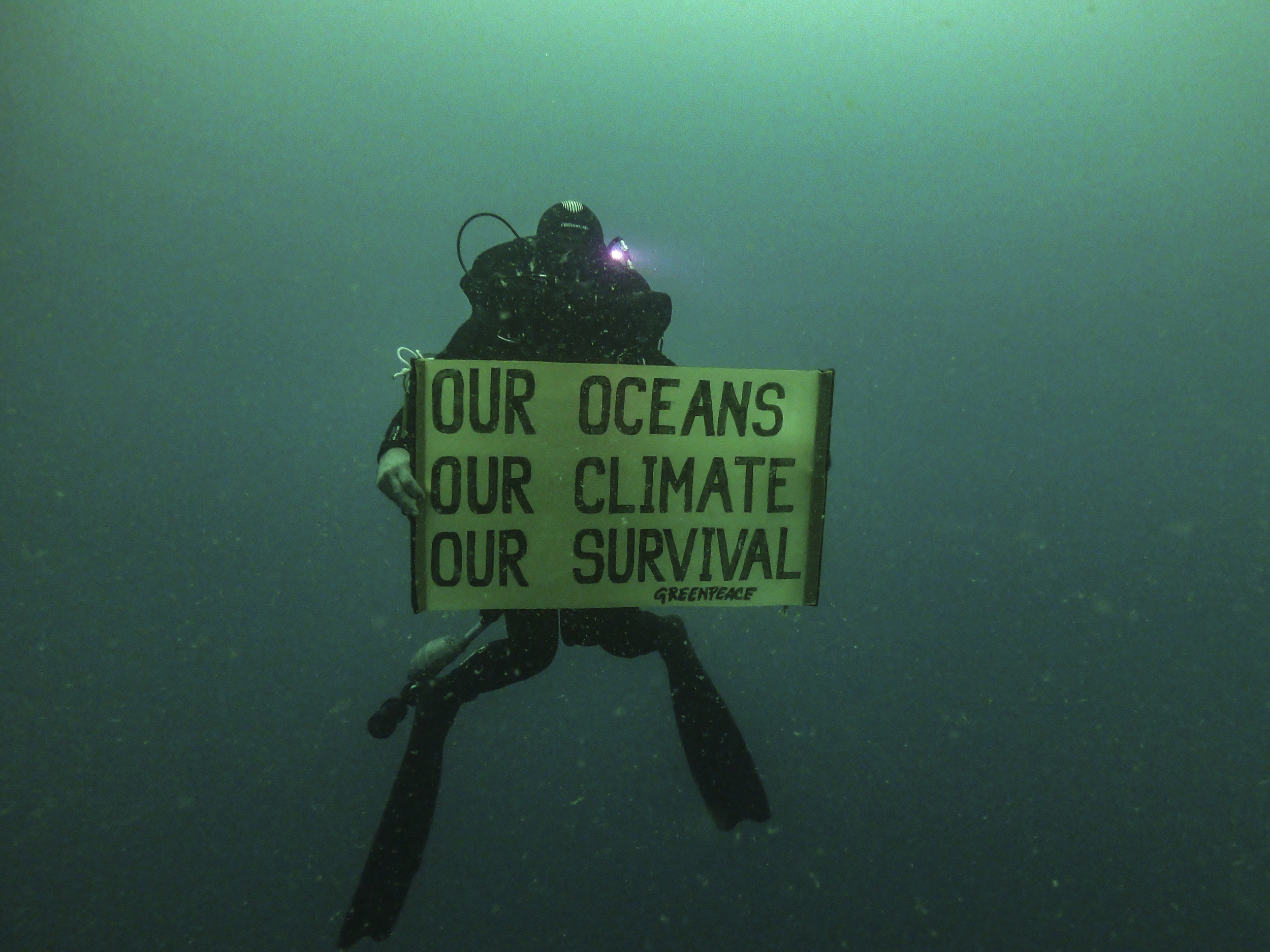 Deep diver at 25 metres in the Amazon Reef, off the coast of French Guiana. © Alexis Rosenfeld / Greenpeace

At the same time, political and business leaders need to address the root cause of the oceans crisis. Efforts to transform energy systems away from polluting fossil fuels to 100% renewable energy must accelerate, and deforestation has to stop.

Reducing carbon emissions will ease climate pressure on our oceans, helping the benefits of a network of ocean sanctuaries to be fully realised, allowing marine life to get back to health.

To the UK government: "From climate change to overfishing - our oceans are facing vast and multiple threats. We call on you to do everything in your power to deliver a strong Global Ocean Treaty and help create a network of ocean sanctuaries across our blue planet."