‘I’ve learnt so much from working with people who are all incredibly kind, knowledgeable and willing to help’

Leelou joined Greenpeace UK as an intern in the press team. They discuss their internship and how they found it, their best Greenpeace moments and their experience of being non-binary at Greenpeace.

Why did you want to apply for an internship at Greenpeace?

I am from Hackney in London, but when I was six my family and I moved to the British Virgin Islands (BVI). Growing up in the BVI I became passionate about dismantling the ties between environmental issues and international power structures, like the way our global system creates the inequalities that characterise climate injustice.

I learnt about Greenpeace at a young age and looked up to the organisation, especially for the creativity of their direct actions. I wanted to get involved and learn from this incredibly international and experienced team.

I’ve also become curious about how Greenpeace, and other established environmental organisations, may be evolving their activism. To campaign against environmental injustice – experienced by people least historically responsible but most impacted by the climate crisis, such as people in the global south – rather than focusing primarily on ‘nature’.

What is your role?

I am the press intern with the wonderful news team! At Greenpeace there are always a range of campaigns running at any one time and the press team is divided amongst them.

Over my internship I’ve worked with press officers on the climate campaign in the lead up to COP26 and on the oceans campaign, where I was co-press officer in the UK for a research trip to Antarctica.

I was also working on a personal project to get spokespeople on news podcasts. I managed to form relationships with a couple of key podcasts and place a spokesperson on the BBC World Service Climate Question podcast!

What’s been the best experience of your internship?

My internship has been full of so many exciting and varied experiences. If I had to pick just one, I’d say the most rewarding and thrilling was doing press work for the Antarctica research trip.

I helped write a couple of press releases and quotes that got published in national newspapers – it was fulfilling and nerve wracking to be involved in the process of landing a comment in the media!

Part of the joy of this experience, and most others at Greenpeace, was working with incredible teams. Press work is very collaborative and I’ve learnt so much from working with such a range of people who are all incredibly kind, knowledgeable and willing to help!

You’ve recently secured a new job! What is it, and how do you think your internship helped prepare you for that role?

I have been offered a full time job with Global Justice Now as the youth network coordinator.

I think this is testimony to how wonderful opportunities like this internship are for young people wanting to work in activist space: the knowledge and skills I picked up at Greenpeace were crucial to me getting this role and I feel extremely grateful.

You identify as non-binary. How has your experience been as a non-binary person at GPUK?

Before working at Greenpeace I did a short placement with Stonewall Housing, which is a housing association that provides services specifically for LGBTQ+ people.

It was interesting working in an environment where the majority of people were LGBTQ+: my pronouns were always used correctly and my sexuality was never assumed. This is not normal! And to be honest, this has not always been the case at Greenpeace, but Greenpeace was much more welcoming than other spaces I have been part of.

Lots of my colleagues made a conscious effort to share their own pronouns in meeting spaces and most attempted to use mine. I think this openness to be as welcoming and self-reflective as possible is wonderful and I am grateful for that! Because of it, I never felt out of place at work and there was always another employee that acted as an ally. 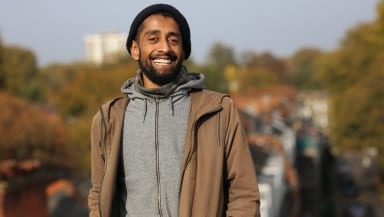 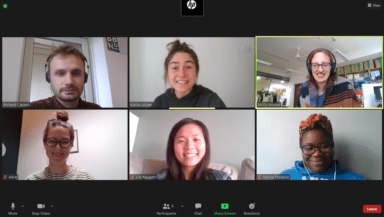 Kalila Lalljee has recently started her Greenpeace internship with the data and insights team. 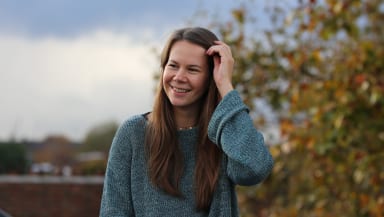