We’re hooked on oil and gas, and Russia supplies a huge amount of the stuff. The EU is particularly dependent – in 2019, 40% of gas and over 25% of crude oil came from Russia. In the UK, Russian gas makes up only 4% of our supply, but that still adds up to a cost of £2bn this year alone.

All this means billions have been flowing into Vladimir Putin’s war chest and funding his war with Ukraine.

But now a new tanker tracker exposes just how much Russian oil and gas is moving around the planet and clearly illustrates just how dependent we are on fossil fuels. It also allows anyone to see when shipments are leaving Russia, entering ports around the world or changing course as they criss-cross the globe looking for buyers.

Oil Products Tanker MONTEGO departed Russia carrying fossil fuels on Mar 08, 2022 has a new destination. Now scheduled to arrive in Denmark on Mar 11, 2022 Track them with the #RussianTankerTracker:https://t.co/jQQv2Tk7wP pic.twitter.com/nH9ZfTEmDH

Revealing this data not only helps to cut the oil and gas revenues propping up Putin’s war, but it also shows exactly where we can cut our ties to fossil fuels.

How the tanker tracker works

Designed by a team of Greenpeace investigators and data specialists, the tracker uses shipping data from Marine Traffic to reveal the location of tankers loaded with Russian oil and gas.

It uses information provided by ships’ automated identification systems (AIS). Each ship over a certain size is required to use an AIS to avoid collisions, aid navigation, monitor fishing fleets, and help with search and rescue. The information is already openly available, but the tracker makes it easier to access and understand.

The automated tanker tracker monitors ships that have left a Russian oil or gas terminal since the war began, listening out for any information that helps plot their positions and where they’re going. When it detects something new, a bot publishes the details to a dedicated Twitter account – @RUTankerTracker.

Getting off Russian oil and gas

Of course, Russian fossil fuels are a huge concern at the moment. In recent days, there have been a raft of announcements, explaining the steps being taken to unhook Europe from Russia’s supply of oil and gas. The EU intends to cut Russian gas imports by two-thirds by the end of this year, while the UK will phase out oil imports by 2023 and ‘explore’ options to reduce our use of Russian gas.

Countries such as the UK have also blocked Russian ships from entering their ports, although Russian fuels might still be able to enter on ships registered in another country. And the EU has yet to ban any Russian vessels. 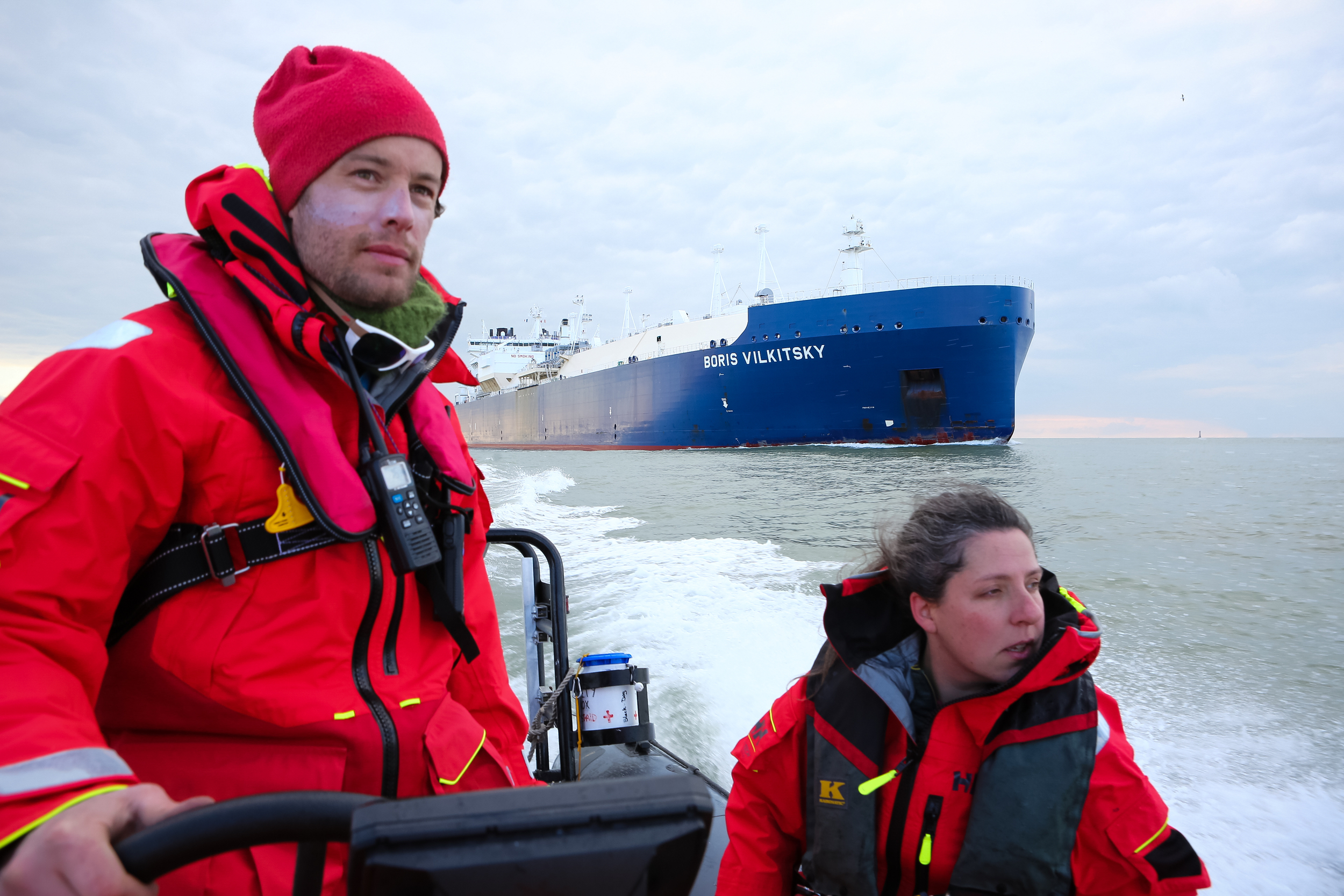 However, some people have taken the matter into their own hands. Last week, workers at the Isle of Grain in Essex refused to unload a tanker carrying Russian gas which was forced to divert away from the port. The ship was later challenged by Greenpeace activists when it approached the French coast. The tanker tracker now means anyone can see where that ship – the Boris Vilkitskiy – is going and who knows, maybe stage a protest at its next port of call.

Getting off oil and gas for good

In the short term, the tanker tracker shows how we can wean ourselves off Russian fuels and cut off the funds for Putin’s illegal war. But it also reveals the bigger picture – how our addiction to oil and gas ignites and fuels conflict, putting millions of people in life-threatening danger.

Governments are racing to get off Russia’s supply, but at the same time they need to use this opportunity to get off oil and gas completely. Announcements about moving faster to scale up clean energy supplies and provide better home insulation are great, but no one in power has yet talked about ditching fossil fuels for good.

And as the tanker tracker shows, there’s still a lot of oil and gas being shipped around the world.

By the way, the tracker comes with a disclaimer. It’s Inspired by the Oligarch Plane Tracker, but unfortunately tracking supertankers is more inconsistent than with private jets. Vessels leave ports without a destination, change destinations en route or simply wait at sea for orders. Additionally, some of the data in the account is based on information submitted by the vessels themselves and therefore may not be fully representative of actual movements.

Providing a link to the free-to-use online portal from which the data derives means it’s possible for anyone to check the data to verify what the bot is saying is, in fact, what is happening (according to AIS data). We did this work as a rapid reaction to the attack upon Ukraine, the bot isn’t perfect and neither are we, but at least we didn’t illegally invade a country. Anyone should bear this in mind when using it.