Top tips for lobbying your MP

My key piece of advice for anyone wanting to successfully lobby their MP on any issue is to put yourself in their shoes!

Imagine a huge inbox that never empties, umpteen people wanting to bend your ear about their particular concerns, the ongoing and very real needs of your local constituents (known as casework) – not to mention the demands of your party and the House of Commons.

And if the MP’s not in government, all this work must be done without civil service support. I really don’t know how they cope!

Do your research and try to build trust

To lobby successfully you need to be friendly, clear and succinct in your ask – and able to back it up with reliable and well-researched information.

If you and your MP share common values and interests, you can become a useful resource over time, as trust grows.

However, if you have very little in common, you have to start from square one – even to try and convince your MP of the science of climate change, as my friend had to do with the “member for the eighteenth century” (no prizes for guessing who!).

Luckily, some MPs are more receptive to understanding environmental issues. I first met Thangam Debbonaire (former Labour MP and now Labour candidate for Bristol West) when a group of us travelled up to Westminster to greet her just after she had been elected in 2015. 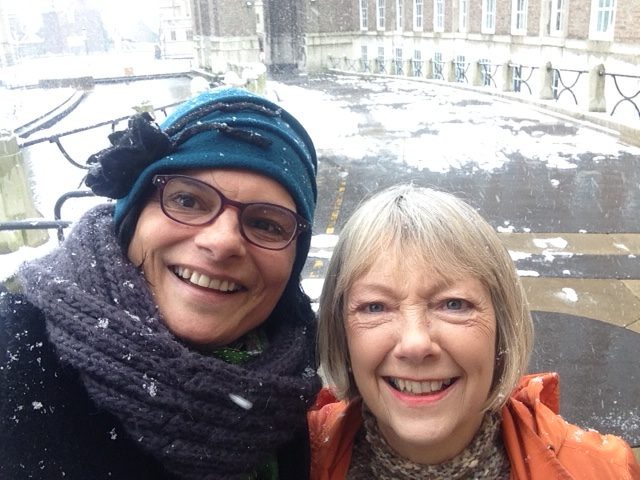 I remember giving Thangam Debbonaire a copy of This Changes Everything: Capitalism vs. the Climate by Naomi Klein, which at the time she did not seem too thrilled to receive. Later she told me she had read it whilst convalescing from breast cancer, which assailed her early on in her parliamentary career, but from which I am glad to say she has fully recovered.

Then in 2016 and 2017 I organised two one-hour sessions with other Environmental Groups to ask her questions on a variety of green issues. These went really well, and it was clear that with the exception of the big “N” (nuclear energy) there was a high degree of agreement, especially since Labour changed their policy and withdrew support from fracking.

Over time we’ve built a strong relationship and I consider her an ally. I recently went to meet her at her MP’s “surgery” with a shopping list of three requests on plastics, fracking and a fierce watchdog in the new Environment Act meant to replace EU regulations. In every instance she agreed with me and gave me good advice to pass back to Greenpeace UK.

Thank them for their time and follow their work

I always follow up our meetings with a letter of thanks and listing what actions have been agreed. It is also a good idea to make a friend of their parliamentary aides, too.

Between meetings I follow her on Facebook and theyworkforyou.com, which does not cover all the questions she raises, but most of them. I often write and thank her for a particular question she has raised on an environmental topic. Very occasionally I will send her articles which I think she will find useful, knowing that she is keen to learn much more about renewables, for example. I always try not to send her petitions having heard her heartfelt plea as the MP who always receives the most!

By this Christmas, we’ll have a new government and the UN climate negotiations will be held in Glasgow next winter, so 2020 is an essential year to lobby MPs to take action on the climate emergency.

It helps to be part of the Greenpeace Political Lobbying Network as advice and information is always available to give you confidence and support. I would definitely encourage anyone with an interest in politics to get involved in lobbying. Even though our democracy is flawed, it is only our MPs who have the power to change things for the better at a national level – and even in opposition they have soft power and influence.

The Political Lobbying Network is made up of hundreds of Greenpeace supporters who contact MPs and other elected representatives about our campaigns and broader environmental issues.

Thanks in part to lobbying from members of the Network, the government committed to backing the creation of an Antarctic ocean sanctuary, legislated for the UK to reach net zero greenhouse gas emissions by 2050 and more than 200 MPs have signed a pledge on single-use plastic reduction.