Video: The new threat to our planet that’s as dangerous as climate change

Life Support is a video series about why the global nature crisis matters for our lives.

It might sound hard to believe, but there’s a threat to our planet that experts are now warning is as dangerous as climate change. It’s something called biodiversity loss.

This week, the UN released the most comprehensive report ever produced on the issue. And it makes for startling reading.

Plants and animals that make up the world’s ecosystems are being destroyed at astonishing rates. And around a million species are facing extinction.

Crucially, by destroying biodiversity, we humans are also endangering ourselves. We are so dependent on nature, that scientists now believe the extinction crisis is as big a threat to humanity as climate change.

This issue desperately needs more attention. It needs to feature in more newspaper headlines. And it needs to be taken more seriously by governments.

That’s why Unearthed – the investigative journalism wing of Greenpeace – has produced a new film series called Life Support. Across the short films, we take a look at why the global nature crisis matters for all of us. Click below to watch each one.

Episode 01. As dangerous as climate change

Nature is in danger, which is as big a threat to us as climate change - but the media is failing to report on the crisis. We speak to the chair of the big UN report, journalist George Monbiot, and a renowned botanist about why nature matters, why it's not getting enough attention, and what's going to be done about it.

Episode 02. How bugs put food on the table

As insect specialists explain, it's not all about bees! All kinds of bugs are absolutely crucial to our food system. But the way we farm could wipe them out if we don’t make radical changes.

Episode 03. How coral reefs save lives

This is the story of the coral reefs that saved people’s lives in the 2004 Boxing Day tsunami, as told by the Sri Lankan professor who figured it out. Protecting us is something coastal ecosystems all over the world can do if we protect them.

Sea creatures help to lock planet-warming carbon away in the deep ocean (with their poo!). It's an amazing process. But one that could be threatened by overfishing and a new deep sea mining industry. An Antarctic krill specialist explains how it works. 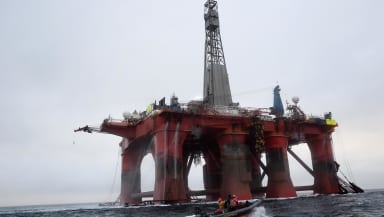 ‘We Will Not Be Silenced’: Greenpeace Boss in Court as BP’s Rig Operator Seeks Jail and Unlimited Fines Over Rig Protest

Bernard Looney, BP's new boss, has unveiled his plan to tackle the oil giant's carbon problem. Amidst a climate emergency, all the tough questions are being left to his successor to answer 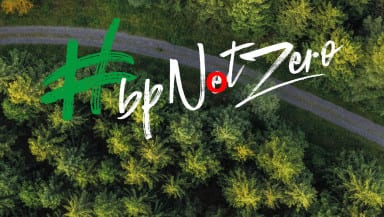 BP’s new CEO is setting out his ‘net zero carbon ambition’ for the oil and gas giant. Bernard Looney wants the company to be seen as kinder and cleaner, committed to tackling climate change. But unless he pulls BP out of the fossil fuel business, anything else is just spin.