As energy bills go up and up, there have been suggestions that increasing the flow of oil and gas from the North Sea will help to combat spiralling bills. But the way energy is traded across the world, as well as decisions made by this and previous governments, means that churning out more fossil fuels is not the answer.

Over the last six months, energy bills have rocketed and they show no sign of stopping. It’s being driven by the price of gas on the global energy market and over one-third of the UK’s electricity is produced by burning gas. Ofgem, the energy regulator, recently increased the energy price cap, the maximum price energy companies can charge on their default tariffs, so bills will go up again in April. Another increase is also likley to be announced for later in the year.

As a result, millions of people will find it harder to pay essential energy bills and risk sliding into poverty. So a number of suggestions have been made to bring bills down, from cutting VAT on energy prices to imposing a windfall tax on companies like BP and Shell which are making record profits.

Another suggestion has been to increase the amount of gas being produced in the North Sea [paywall]. On the surface, this seems to make sense – the principles of supply and demand mean that making more gas available will bring prices down. Unfortunately, it’s not that simple.

One reason this wouldn’t work is that plenty of gas is already being produced, it’s just not available to British customers. As Richard Black of the Climate and Energy Intelligence Unit recently pointed out, British gas exports have increased massively, more than doubling year-on-year.

As Black explains, our bills aren’t benefiting from this gas bonanza because although the gas is being piped up from British waters, it doesn’t belong to Britain – it belongs to BP, Shell or whichever company is operating there. And because their prime motive is to make as big a profit as possible, they’ll sell it for the highest price which is often to other countries.

So why, at a time when Britain is apparently crying out for gas, is this happening? Well… for the fairly obvious reason that the gas doesn't belong to the British public or the British government, but to whichever company gets it out of the ground

The situation is made worse because the UK isn’t able to store much gas for later use. A large facility that provided most of the country’s storage capacity closed in 2017 after the government decided it wouldn’t pay for the upkeep. With no way to store gas, increasing North Sea production can just mean more will be exported.

Energy bills are also going up because the government, in its wisdom, decided to scale back or even ditch policies that would have reduced the UK’s reliance on gas.

Back in 2013 when rising gas prices were also a problem, then-prime minister David Cameron decided to abandon policies designed to increase clean energy production and improve energy efficiency in homes. The thinking was that investing in green policies was costing too much, so ditching them would bring down bills and “cut the green crap” (as Cameron is reported to have said).

The problem was that pulling investment from clean energy like wind and solar means that, nine years later, we’re still more heavily reliant on gas for heating and electricity than we need to be. And without government grants or subsidies for insulation, people are forced to use more energy to heat their homes. It’s been estimated that failing to follow through on these energy policies has added nearly £2.5bn to bills.

It seems the penny may have finally dropped though, and business secretary Kwasi Kwarteng seems keen to boost renewable energy production in the UK. He recently said that “the more clean, cheap and secure power we generate at home, the less exposed we will be to expensive gas prices set by international markets”.

It’s by moving away from gas, rather than pumping out even more, that energy prices will be insulated from global spikes and the threat of poverty will be lifted for millions of people.

Shell and BP are raking it in while millions are forced into fuel poverty. Tell Rishi Sunak to help ordinary people by taxing the vast profits being made by fossil fuel companies. 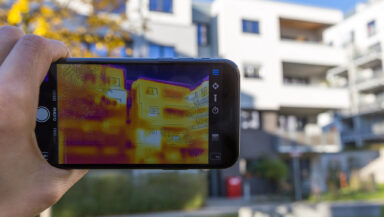 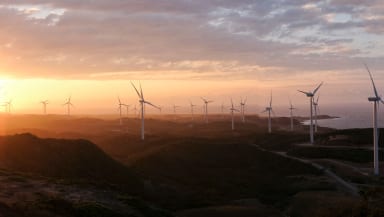 How we can use wind power when there's no wind