The UK’s oceans and coastal communities are in crisis. Just one third of our fish populations are in a healthy state. Industrial fishing vessels like supertrawlers and fly-shooters have immense catching capacity and are pushing marine ecosystems and fish populations to the brink of collapse, leaving local fishermen with nothing left to catch.

Greenpeace has been working with local fishermen all summer to document the destruction of the UK’s seas by industrial fishing. When you’re on the water, it’s very clear: our fishing communities – especially in the English Channel and Southern North Sea – are at breaking point.

Without urgent action, our oceans will be damaged beyond repair and our fishing communities won’t survive. The government has used new post-Brexit powers to ban electric pulse trawling, a perfect example of what is possible when there is political will. Australia banned supertrawlers like the Margiris from their waters over 5 years ago, but the UK has continued to let them fish here.

That’s why we, England’s local fishermen, anglers, charter skippers, local businesses, Greenpeace and New Economics Foundation, call on our government to protect our oceans and fishing communities – beginning with the following measures:

Additional steps must also be explored to support fishermen operating within the 6 – 12 nautical mile zone in both the English Channel and Southern North Sea, in light of the threat posed by large scallopers and large beamers.

We must seize this once-in-a-generation opportunity to save our oceans and our fishermen.

Fishermen, fishing associations, businesses or NGOs who wish to sign up to the declaration, or receive information about joining fishing boats and Greenpeace on Wednesday 22nd September when they sail up the Thames to Parliament to make these demands, please email fish.uk@greenpeace.org or call Will on 07863358686. 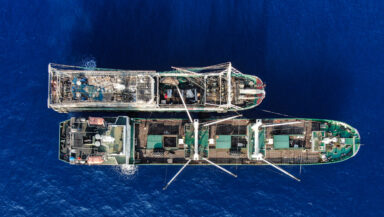 Squids in the spotlight

This report uncovers the huge scale of the global squid fishing industry, which has grown over 10-fold since 1950 and is now jeopardising marine ecosystems around the world. 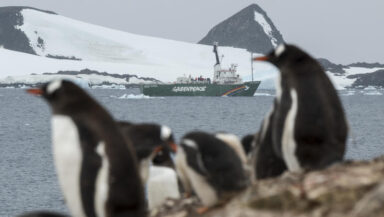 Experience the Antarctic in Trafalgar Square

As part of Greenpeace's Protect the Oceans campaign, we've brought the Antarctic to you! 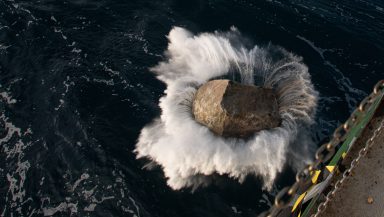 An open letter to George Eustice MP, Secretary of State for Environment, Food and Rural Affairs