Bee-killing pesticides are making a comeback. Here’s how we can stop them.

For the second year in a row, the government has given the green light for bee-killing neonicotinoid pesticides to be used in the UK. It's up to us to reverse this dangerous decision.

“We cannot afford to put our pollinator populations at risk.” These were the words of Michael Gove when he introduced the ban on bee-killing pesticides in 2018.

But for the second year in a row,the government has just given the green light for bee-killing pesticides to be used in the UK. The pesticide being used has been banned for being poisonous to bees – so it is alarming to see this ban lifted once again to help grow sugar beet in the spring.

Bees need our help – and we need theirs

This is about bees, but it’s also about us. If we keep harming bees, we risk our food supplies. About a third of our food is dependent on pollinators, of which bees are some of the most important.

A third of bee populations are already shrinking. We can’t allow pesticides to destroy our environment and kill any more bees.

Can you quickly sign this petition urging the Environment secretary to enforce a total ban on bee-killing pesticides?

So what’s changed since the government banned bee-killing pesticides in 2018? Well, it’s certainly not the science. Pesticides, including neonicotinoids, are still bad news for bees. Studies have shown that these pesticides can affect bees’ navigational abilities and breeding success, and they are unsurprisingly ravaging other insects as well.

The government say they’re allowing emergency use to protect growers of sugar beet. But this is a short-sighted and dangerous approach to take. We rely on bees to help pollinate lots of crops like apples, beans, squashes and almonds.

The Environment Minister can reverse this decision

George Eustice has the power to change all of this. As Environment Minister, he can show he’s on the side of nature by enforcing a total ban on bee-harming pesticides. For the second year in a row, he’s approved this emergency use of a deadly pesticide, but we need to remind him that we’re in the middle of a climate and nature emergency.

If lots of people sign this petition we can pile pressure on the government to quickly reverse its decision and keep bee-killing pesticides away from our environment. Can you get the Environment Minister to act fast? 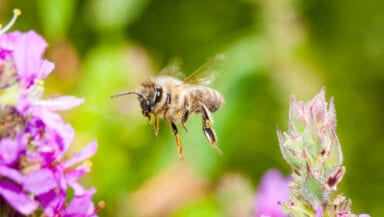 The Greenpeace guide to bees

Honey isn’t the only thing bees give us. They also provide us with food by pollinating a huge range of crops. But bees are at risk, and the way we produce our food is to blame. 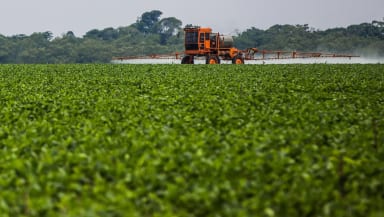 Pesticide giants make billions from bee-harming and other hazardous chemicals 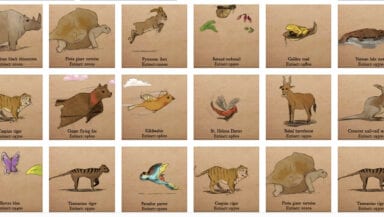 18 animals that went extinct in the last century

Humans have already driven many plants and animals extinct. Let's meet 18 animals that went extinct in the last 100 years, and find out what drove them to extinction.