This is a guest post from writer and Right to Roam campaigner, Jonathan Moses.

Listen to this article

Introduced by Lowri Evans and read aloud by Jonathan Moses.

90 years ago, on a scree-shattered slope above the pennine village of Hayfield, a battle broke out that would define the future of land access in Britain.

Representing the aristocracy and three centuries of land enclosure: the Duke of Devonshire’s men, armed with clubs and backed by the Derbyshire police. Ranged against them: hundreds of young, working class communists from the nearby cities of Manchester and Sheffield, intent on reclaiming the private moorland for themselves – and everyone else who would follow. Children of Jews and migrants, quakers and nonconformists, they hiked out from the margins of British society to strike at its privileged, landowning heart.

Today, the Kinder Mass Trespass is remembered cosily as an act of good old English rebellion. While the official rambling organisation, The Ramblers, condemned the trespass at the time, they now mark the event as their own. You can buy Kinder Trespass tea towels, or stick a reproduction on a mug. MPs who denounce the politics of the trespassers still coo approvingly at the actions they, and others like them, took. All while supporting laws such as the recent Policing Bill which would criminalise protests half as disruptive as Kinder’s trespass.

Writer and Right to Roam campaigner 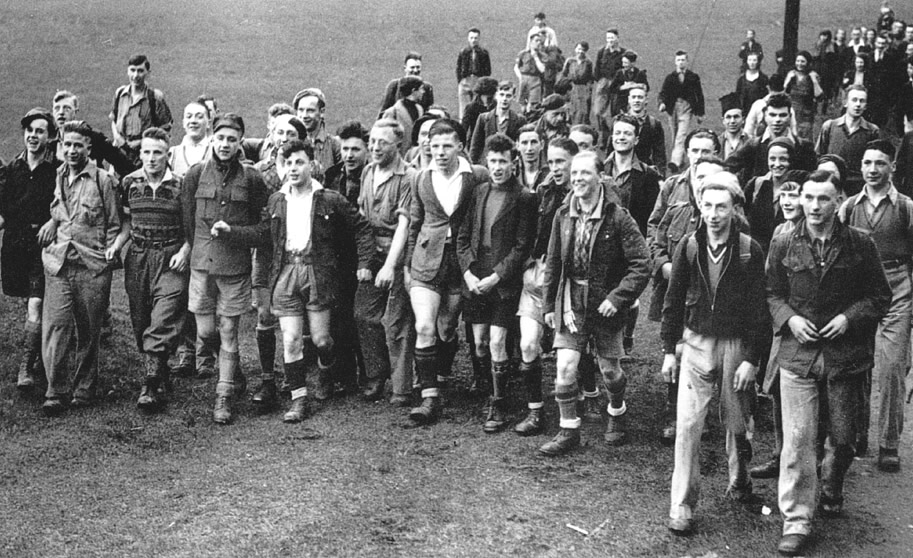 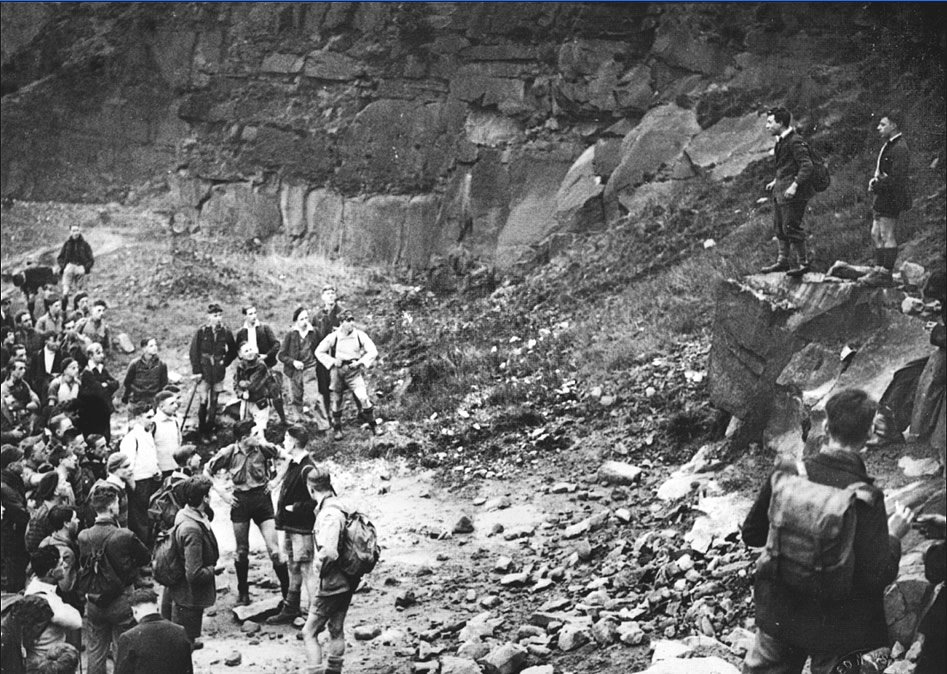 The mass trespass was an act of serious direct action. Hikers fought hand-to-hand with the club-wielding gamekeepers, disarming two and knocking one unconscious (don’t feel too sorry for them: the gamekeepers themselves showed no qualms beating up anyone crossing onto ‘their’ land). Its organisers, after a lengthy stay in the Derby jail system, were sentenced to months in prison for inciting riot and assault.

The events on Kinder paved the way for a new settlement between the public and the land. Just over 20 years later the 5,624 acres owned by the Duke of Devonshire were signed over to the Peak District National Park, established in 1951 by the postwar Labour government. The events on Kinder were not the only factor in this success – but its symbolic power has resonated ever since. It clarifies in dramatic, visceral fashion the essential injustice of inequality between those who own the land, and those who are permitted to enjoy it. As its main organiser, Benny Rothman, put it at his trial:

“We ramblers, after a hard week’s work in smoky towns and cities, go out rambling for relaxation, a breath of fresh air, a little sunshine. But we find when we go out that the finest rambling country is closed to us, just because certain individuals wish to shoot for about ten days a year.”

Our countryside may as well be wallpaper

The progress since has arrived slowly. In theory, acts such as the Countryside and Rights of Way Act (2000) opened ‘mountain, moor, heath and down’ to public access across England and Wales. In practice, much remains off limits.

In Scotland, the right to roam responsibly has been enjoyed with few issues since 2003. But in England, the Right to Roam campaign estimate around 92% of the land and an astonishing 97% of the rivers are off limits. The result is a psychic violence we live with every day. Cut off by fences and keep out signs, many rivers, hills, woods and meadows may as well be wallpaper – nice to look at but no longer a meaningful part of our lives. We are left feeling trapped and alienated without being able to identify the obvious reason why.

The damage this does to our mental health is, by now, well documented. But it has consequences for our environment too. Most damage to ecosystems happens on private land out of public view, while a combination of cutbacks and inertia has left regulatory bodies like the Environment Agency unable and unwilling to intervene. Grassroots nature defenders have begun to fill the gap. But this is only possible where locals are alert to the damage behind the fences and motivated, from a love bred by familiarity, to act against it. It’s not by chance that the strongest public campaigns to defend the environment happen exactly in the few places where access has long been guaranteed, such as on the River Wye. The less alienated we are from the natural world, the more likely we are to save it. 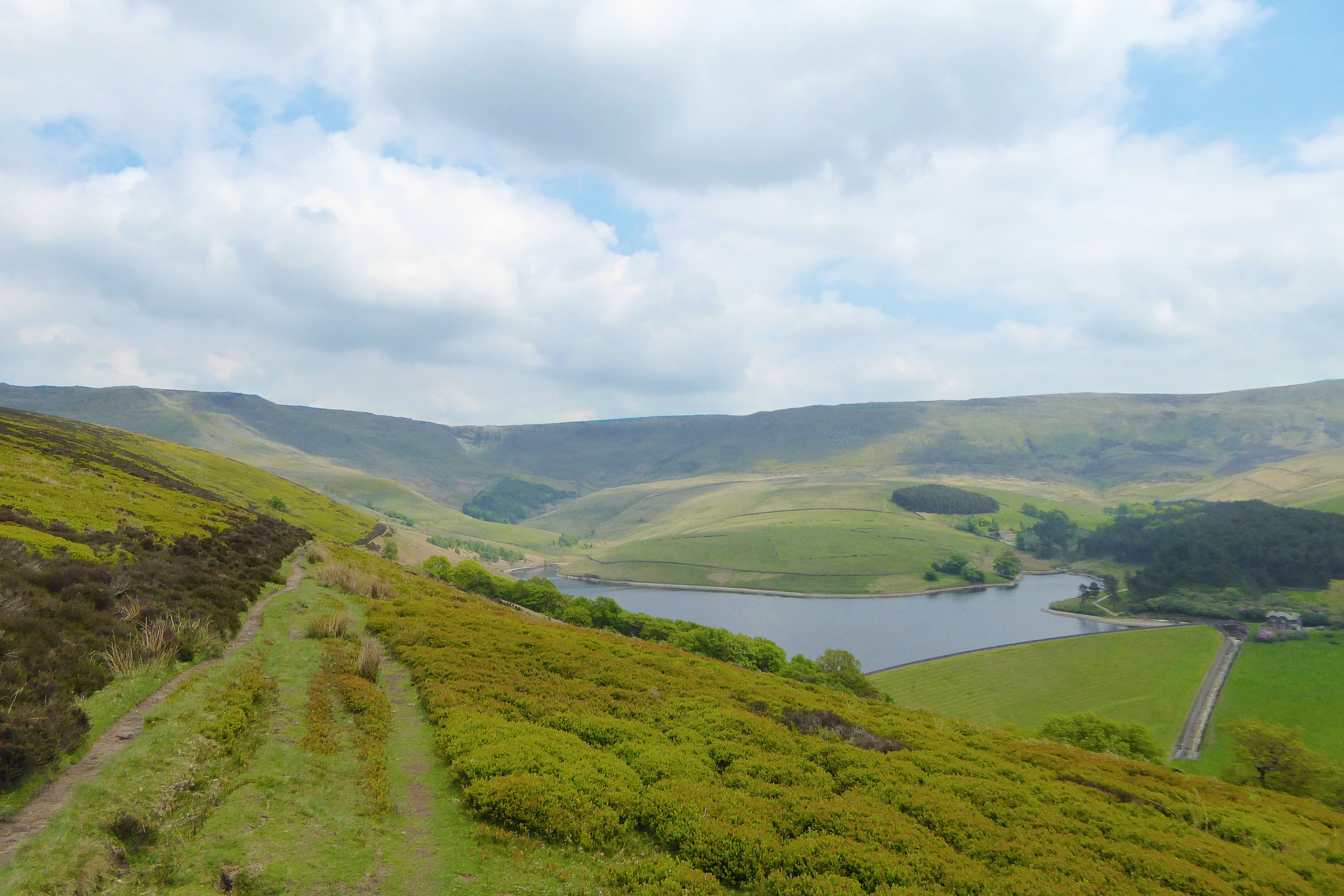 Those against Right to Roam argue that England is too crowded to enjoy the bounty on our doorsteps; that its culture is too irresponsible. Some of these concerns are fair: litter can be an issue at tourist hotspots and dogs can cause problems for livestock and wildlife. These need to be accounted for and mitigated.

Others are less persuasive. The most vocal opponents of access rights are often those whose hobbies include shooting wildlife to death and chasing it with packs of dogs. They have the cheek to accuse light-footed ramblers of ‘disturbing wildlife’ and ‘threatening’ the ground nesting birds they shoot for entertainment. Likewise there are those who equate access to vast country estates with imaginary demands for access to their suburban gardens. Unsurprisingly, all gardens are excluded from all right to roam laws across the world.

The reality is that most litter across the countryside is commercial and agricultural. Or it’s the result of illegal fly tipping. Over which, like most of the environment, there has been complete regulatory collapse.

Every spring I have to ‘trespass’ at the local weir (one of many publicly funded spaces blocked from public use) to clear up mounds of rubbish washed downstream from farms and industries. Were access restored at least more willing volunteers might accompany me. We fixate on the litter left by the public because it’s an easily understood act of disregard. Meanwhile the real environmental damage is caused every day by illegal sewage dumping, soil and nutrient run-off, pesticide use, overgrazing and habitat destruction – much of which goes entirely unnoticed. No one is there to witness it. 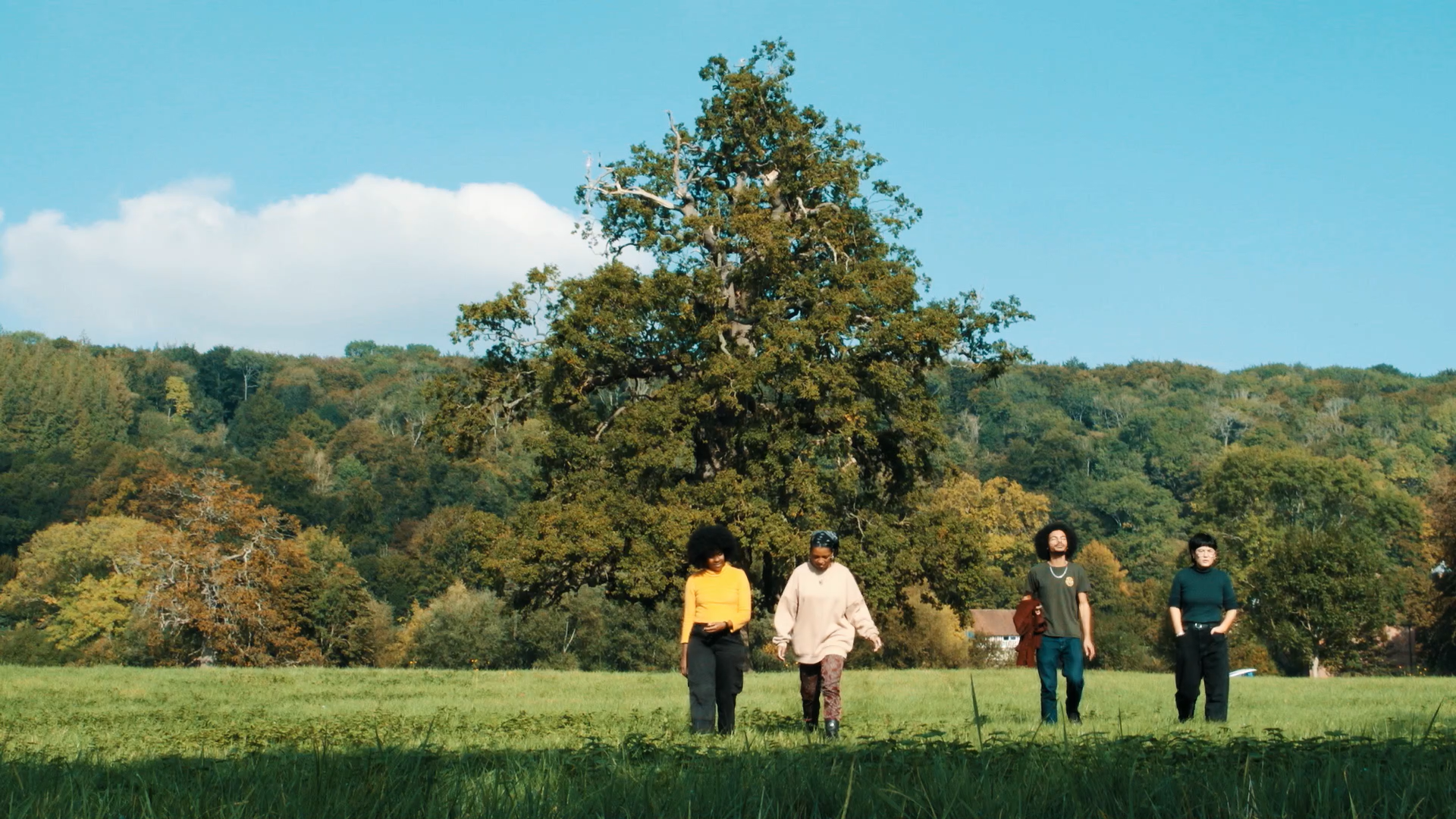 A right to roam crosses invisible fences too

Access to nature is a social concern too. It means overcoming not just the physical, but also the invisible barriers that stand between marginalised communities and the outdoors. Black and people of colour make up only 1% of the visitors to national parks yet account for over 10% of the population. Only 39% live within a five-minute walk to green space, compared to 58% of white people. Over two-fifths live in the neighbourhoods most deprived of green spaces. The mere presence of groups like Muslim Hikers in the countryside is still enough to raise a chorus of racist ire.

That’s why, for the 90th anniversary of the famous mass trespass, Right to Roam are organising ‘Kinder in Colour’. An event to gather and celebrate those most marginalised from the countryside. So that, like the original Kinder participants, they might lead the way again.

Beyond April, the Right to Roam campaign is encouraging people around the country to form local groups and step over the fences, for their health and for nature. To take guardianship of the non-human world where the state has failed it. To challenge the notion that our right to belong should remain the luxury of a narrow elite of landowners. Its call is for a new countryside shorn of its visible and invisible fences: diverse, inclusive, re-commoned, re-enchanted. But this future will not simply be handed down to us. Just as in 1932, it is up to us to cross the lines which divide us.

Find out more about Jonathan or the Right to Roam campaign online. Or follow the campaign on Twitter or Instagram. The feature illustration is by Nick Hayes.

Guest authors work with us to share their personal experiences and perspectives, but views in guest articles aren’t necessarily those of Greenpeace. 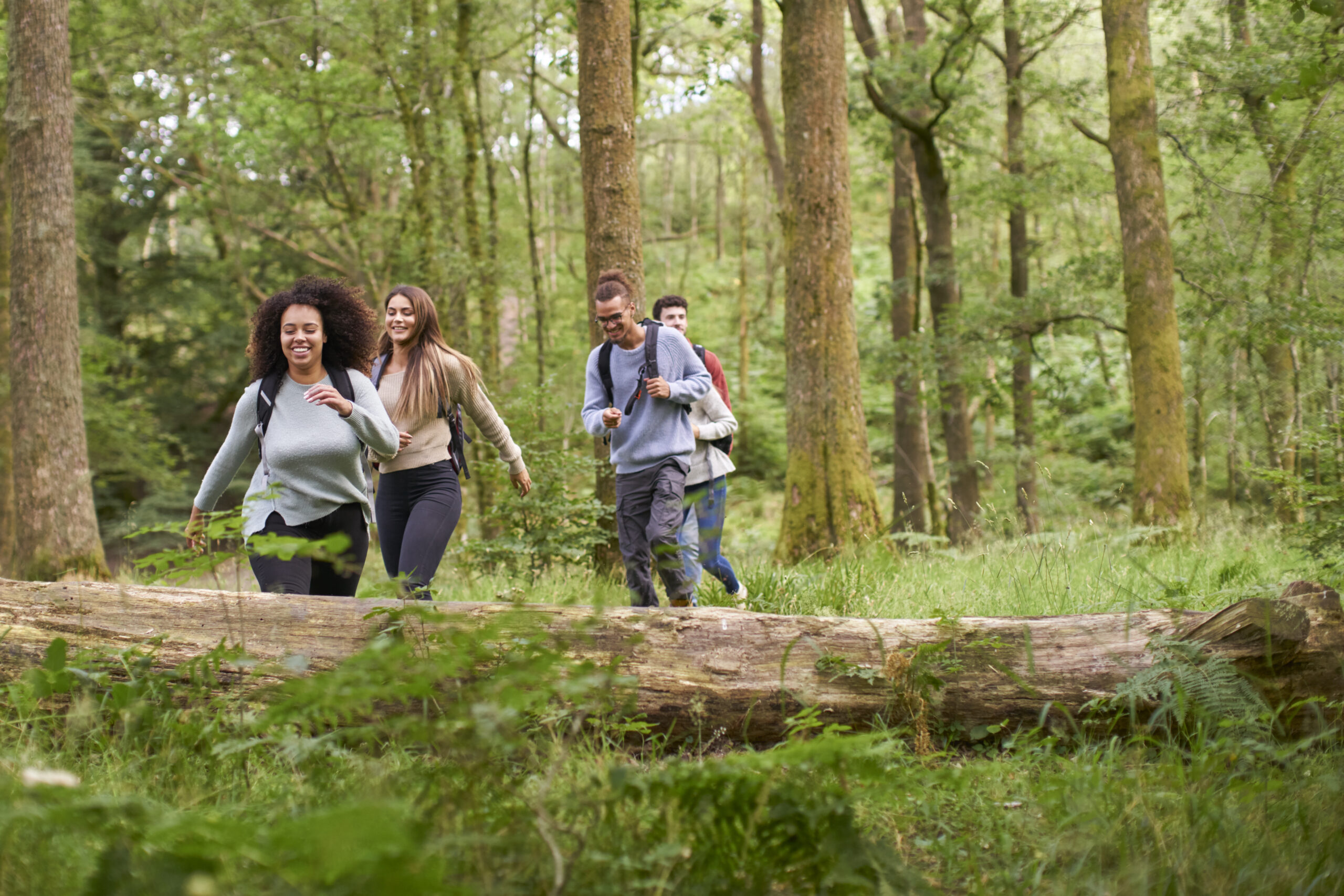 Britain’s countryside excludes nearly eight million Black and people of colour communities. Reclaiming our right to roam can reconnect marginalised communities to nature and the land. 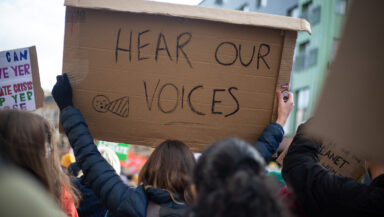 Why you should be worried about the new Policing Bill

Even if protest isn’t your thing, you still benefit from other people’s right to do it. These new laws affect us all. 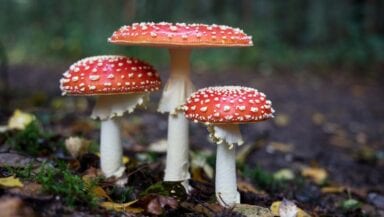 11 fascinating fungi you can find in the UK

Fungi comes in all joyous shapes and colours, and is everywhere in the UK. Here are 11 types of fungi to look out for – some you might even find on a walk around the neighbourhood.