This story starts in August 2018, when the government granted BP permission to drill for new oil and gas in the North Sea’s Vorlich field, off the coast of Scotland.

In this climate emergency, governments shouldn’t be allowing any new fossil fuel drilling, so Greenpeace activists blocked the oil rig on its way to the drilling site.

But granting this permit wasn’t just irresponsible. A court has ruled that it was unlawful too, and that’s a huge setback for BP. Let’s see how it all unfolded, and what comes next.

The Greenpeace protest against BP and rig operator Transocean

In June 2019, BP began to act on their permit. They hired a rig from Transocean, and starting to move it out to the Vorlich field. Greenpeace activists blocked the rig for 12 days, to protest against the drilling. 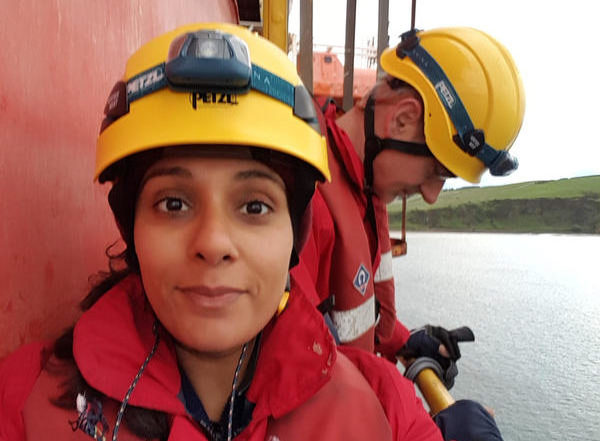 BP’s rig operator, Transocean, took out a court interdict (the Scottish version of an injunction) against the activists. It ordered them to stop the protest, or face legal action. The activists continued the protest despite this, knowing it was their moral duty to block BP’s drilling and the climate destruction it would bring.

Situations like this show why peaceful protests are so important. The government’s failure to publish the permit meant there was no opportunity to challenge it through the normal channels – but thanks to the Greenpeace activists, we were able to challenge it on the seas.

Following the protests, Greenpeace decided to take BP on in court. The aim was to force the government to publish the drilling permit. That would allow Greenpeace to launch a legal bid to get it completely cancelled. This in turn would mean BP would have to stop work in the Vorlich field.

A victory for Greenpeace! Now to get the permit cancelled

In April 2020, Greenpeace won. The government admitted it had acted unlawfully, and the court forced them to publish BP’s permits.

The permits have now been published, which means Greenpeace has six weeks to launch the next legal case – a bid to get BP’s permit cancelled on climate change grounds.

What happens next – and the bigger picture

Greenpeace lawyers will start preparing for our next challenge to BP’s drilling permit, hoping to quash it altogether.

In this case, lawyers aren’t just challenging the process. They are saying that the government’s decision to issue the permit in the first place was wrong in law.

This is because, by granting BP permission to drill in the Vorlich field, the government failed to take into account the drilling would have on our climate (as there’s already more oil than we can afford to burn). The UK government is legally obliged to consider the impact of more oil drilling on the climate.

What would this mean for BP and Transocean?

If Greenpeace wins this case, it would stop BP in its tracks.

It would also set a huge precedent – many other similar permits may be able to be challenged in the same way.

These developments are especially important now. The oil industry is in turmoil, and more oil drilling is neither economically nor environmentally sustainable.

Instead of offering climate-wrecking companies bailouts and permits for new drilling, the government should prioritise people and planet by beginning a just transition to renewable energy. 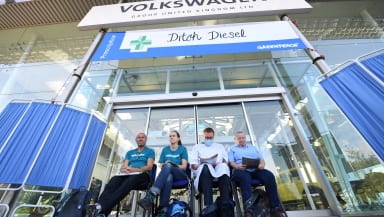 Non-violent direct action is the beating heart of Greenpeace. It’s a big decision to volunteer, but anyone can stand up for change. 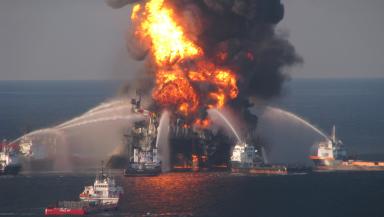 The Greenpeace guide to oil drilling and pipelines

Our world runs on oil – you could even say we’re addicted to it. But using all this oil is causing climate change and threatening our future. 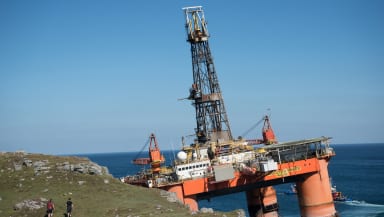 The price of oil has dropped below zero – what does this mean?

Demand has plummeted because of Coronavirus, but oil workers shouldn’t pay the price for the industry’s latest crisis. Governments can help by giving them a way out.