For the report with full references (endnotes), please download the PDF.

● For its size, the UK has the worst heat pump sales record and the second worst installation record in Europe

● We need incentives, tax changes and support for consumers, especially those on low income.

The challenge of tackling climate change is no longer just about grand rhetoric and big targets, although they’re both still important. It’s now very much about the practicalities of cutting emissions from the different sectors of national economies. One of the trickiest is building heat, because it takes climate action quite literally into peoples’ homes.

Around 17% of UK greenhouse gases come from buildings, with 14% coming from homes alone, as a result of heating, hot water and cooking. Other significant emitting sectors like aviation, freight and heavy industry

are even tougher to deal with. And so the UK binding climate target of a 78% cut in emissions by 2035 cannot plausibly be delivered without very substantial inroads into eliminating the gas and oil boilers used to heat over 90% of UK homes.

The only established form of heating technology that is able to immediately deliver zero emissions from homes is the heat pump. The Climate Change Committee (CCC), the government’s official adviser on climate change, expect that the vast majority of homes will need to be heated by pumps, with other heat provided by district heating, direct electric heating and solar thermal.

Ninety-eight per cent of UK homes already have at least one heat pump – it’s just that they cool the nation’s fridges rather than warm the rooms we live in.

A heat pump that runs on electricity with a fully renewable supply is zero emission, and uses heat from the outside environment – air, water and land – to generate internal warmth. Reaching low emissions from the building sector requires substantial uptake of heat pumps – often alongside energy efficiency measures – converting homes and offices away from fossil fuel heating such as the gas boilers that many people are very familiar with.

This requirement is largely well known to policy makers, and has been for some time. Many other governments across the world, and particularly around Europe, are already confronting the need to reduce emissions from buildings and have made substantial moves to heating systems utilising heat pumps. Deployment of heat pumps will be as essential in fighting climate change as shifting to electric cars.

So how well are different countries doing?

With the support of the European Heat Pump Association, who collect data on heat pump sales and installations in 21 countries across Europe, Greenpeace UK has assembled their most up-to-date data to see how well each country is performing both in absolute terms, and also relative to their size – the UK and Germany for example, are far larger than Portugal or Denmark, so the numbers of sales and installations are standardised for how many are taking place per 1000 households in each country.

On actual numbers of installations per year the UK is a mid-ranking nation. Recently, the UK Energy Research Centre said it would take 700 years to reach the 19 million that the CCC calculates is necessary.

The latest figures are better at around 37,000 in 2020 – but that rate suggests it would still take around half a millennium to reach the CCC goal. Meanwhile, currently every year 1.7 million gas boilers, 45 times the number of heat pumps, are being installed in the UK, embedding fossil fuel dependence.

However, when standardised for the size of the country, the results for the UK are really not pretty. Of the 21 countries, the UK is joint bottom of the list. Yes, the UK is being out-delivered on one of the critical, climate- beating technologies by Poland, Slovakia and Estonia. That’s not global leadership.

At a rate of 1.3 heat pumps sold per 1,000 households last year, progress is much too slow. Even the government’s proposed target for 2028 of 600,000 per year would still not exceed the rate already being achieved by the Scandinavian countries and Estonia. We have some way to go to be in their league. There’s no doubt that the UK needs to sharply improve its installation rates of heat pumps.

When looking at the total number of installations in the UK building stock built up over many years, standardised to the country’s number of households, the UK is next to bottom and 60 times lower than Norway who lead in Europe. The UK is also lagging behind other highly developed countries at a rate of around a tenth of what Italy and France have delivered, and less than three times what Germany has so far achieved.

A government strategy for ramping up the installation of heat pumps will need to contain not just capital – although that is vital – but the intelligent allocation of incentives and tax changes, and the capacity in agencies to enable the roll out of heat pumps smoothly and effectively from a consumer point of view.

A UK Government plan should include the following: 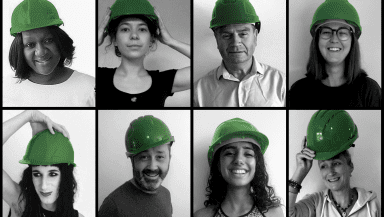 Briefing: jobs and the green recovery

This briefing outlines how the government can create 1.8 million green jobs and rebuild the UK's economy, as we emerge from the coronavirus pandemic. 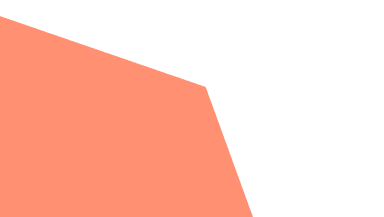 Manifesto for a green recovery