A glimmer of hope for our oceans

While the UK Government's contributions to the UN Climate Action Summit were underwhelming at best, there was one glimmer of hope hidden amongst their lack of ambition on climate – they stepped up to protect the oceans.

In a week where the future of our oceans has been looking pretty bleak thanks to a damning report from the Intergovernmental Panel on Climate Change, it’s great to be able to share some good news.

Over 200,000 people like you demanded that the UK Government step up its ambition on ocean protection. A big announcement this week showed that the message is getting through.

What did the government do?

In his speech in New York on Tuesday, the Prime Minister Boris Johnson confirmed the UK will back the target to protect 30% of our oceans by 2030.

.#UnitedKingdom PM says “One target I think we should set is I think we should try to protect 30% of the worlds seas by 2030!” referring to @UNBiodiversity #Post2020 targets. 👏🏻👏🏻 #protect30 #30by30 #climateoceans #oceans #climateweek #NewDealForNature @DefraGovUK @pewenvironment pic.twitter.com/TMp7xjilPi

The government subsequently also announced that it has set up a global alliance to help protect the world’s oceans. Ten countries from Costa Rica to Finland, Kenya to Vanuatu, have signed up – pledging their support too.

Why does this matter?

Scientists say that in order to mitigate the impacts of climate change and safeguard wildlife we need to protect 30% of our oceans by 2030. Next year, there is a big chance to make this ambition a reality when governments meet to agree the world’s first Global Ocean Treaty.

The countries of the global alliance have pledged to work together to build broad support for the target ahead of the negotiations – and the more countries that back it, the more likely it is that 30% of the world’s oceans will be protected.

People all over the UK have been urging the government to champion this target and become a global leader on ocean protection. Setting up this alliance shows that they’re listening.

But it is just the start.

Building this alliance is a good first move towards the UK being leaders for the oceans – but by itself, it is nowhere near enough.

What’s needed now is a commitment from the UK Government’s that when it comes to the treaty negotiations in 2020, they’ll make them the highest priority and send a high ranking minister to the UN to fight for strongest Global Ocean Treaty possible.

Agreeing the strongest possible treaty is a move which would help to tackle the global climate emergency, as well as protecting our oceans and the billions of people who rely on them. 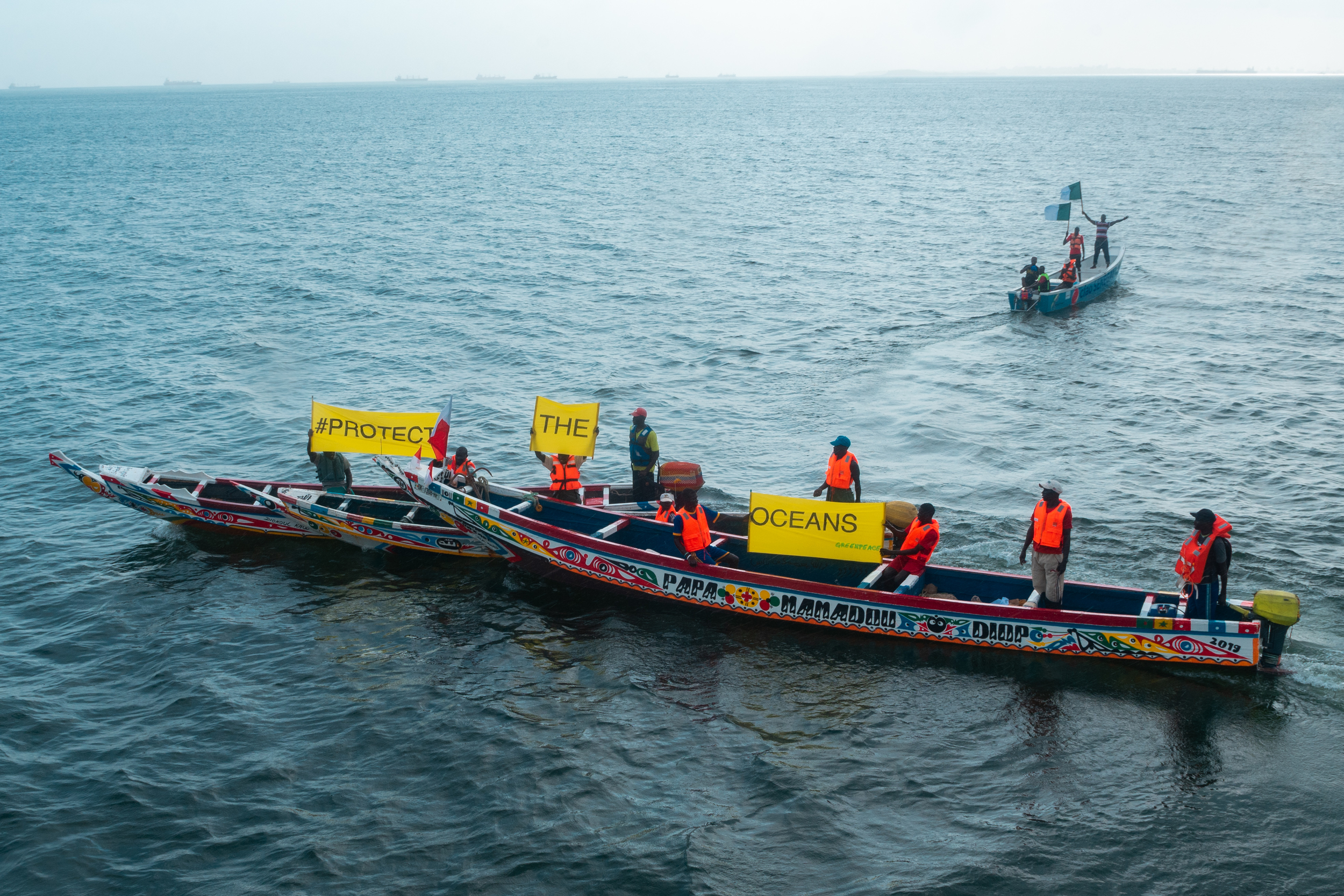 Why is a strong Global Ocean Treaty important?

A strong treaty would provide the framework for creating, managing and protecting a global network of ocean sanctuaries, that cover 30% of our oceans. These areas would be off limits to human exploitation, giving our oceans and all the wildlife in them the chance to recover and thrive.

In contrast, a toothless treaty would maintain the status quo. The profits of big business like oil and gas, fishing, and deep sea mining would continue to be put before protection. This would have devastating consequences for us and our planet.

The government has listened to hundreds of thousands of people demanding they step up to protect our oceans. But more voices are still needed to pressure them to turn this week’s pledges into effective action.

If you haven’t already will you add your name and join the movement to help protect the oceans?

From climate change to overfishing - our oceans are facing vast and multiple threats. We call on you to do everything in your power to deliver a strong Global Ocean Treaty and help create a network of ocean sanctuaries across our blue planet.